Cooking for a Crowd – BBQ Themed Menu and Timeline

One of my favorite things to do these days is to cook for a crowd!  Ken’s family lives just a little more than an hour away, so we seem to get together with his family pretty often for holidays and birthdays.  There are usually 10 people when we’re all together, and I love cooking something different almost every time they come over.

Some friends and relatives ask where I get the ideas for what to make.  Usually it’s one of two places for inspiration:

1) Start with a request.  For instance, I asked my father-in-law what he wanted to eat when we were going to be hosting Father’s Day dinner this year.  He said BBQ ribs!  So that was a great starting off point!

2) I’ll try to think of some other common theme type meals, like a steakhouse meal, Mexican, or anything else (like the BBQ restaurant-inspired meal I ended up cooking for Father’s day).  Then, I’ll look online for the menus for those types of restaurants (like Outback for steaks, Famous Dave’s for BBQ, etc.) and get some recipe inspiration for things like appetizers, main dishes, and desserts!

Now, I’ve never come up with an original recipe on my own before in my life, so I always stick to recipes that I have found online or in magazines.

Here is an idea for cooking BBQ for a crowd! 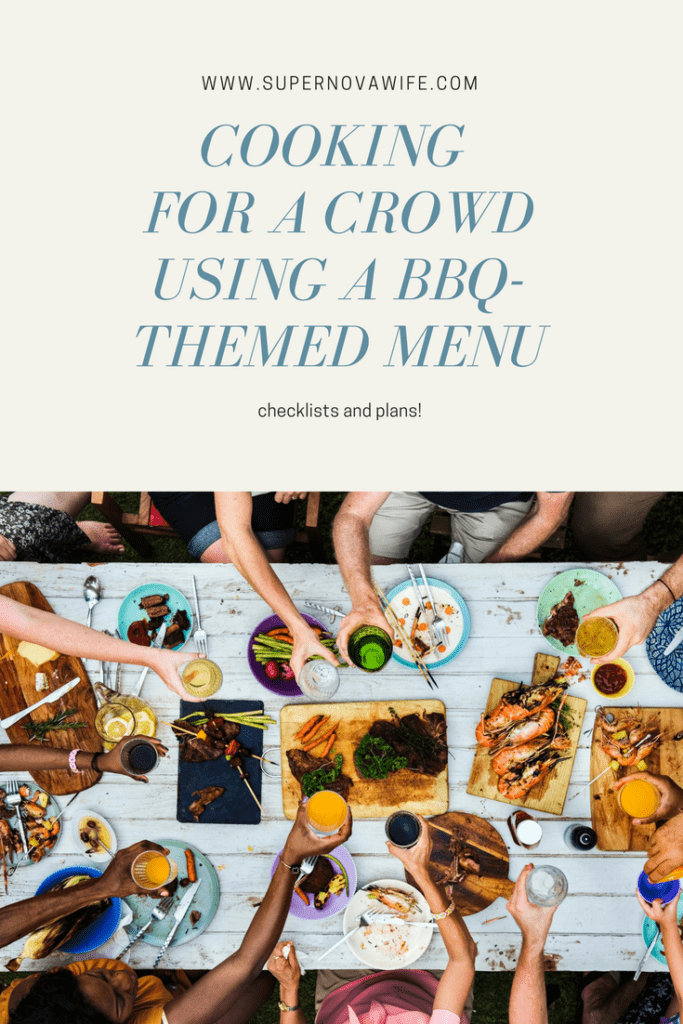 The day of the party or get-together

That’s it!  Once your guests have arrived and settled, the food just has to get put on the table!

What are your favorite menus when cooking for a crowd?