Ken and I closed on our first investment property.  We’re excited and nervous.

As a recap, we bought a duplex with detached garage. The second floor unit and the detached garage (rented separately) already have long-term tenants. So now we just need to find tenants for our first floor unit. And that’s mostly in the hands of the property management company that we hired.

The morning of closing started a bit hectic. During our final walkthrough, we noticed a huge puddle in the unfinished basement. Our home inspection had not revealed any evidence of water damage or other water-related issues in the basement. So, we were puzzled. Our realtor contacted the seller agent, who got in touch with the seller. The seller said he’s never had water problems in the basement. It also didn’t appear that the water was coming from anywhere. It wasn’t like there was a stream of water coming from the wall or ceiling. It was just kind of in the middle of the room! 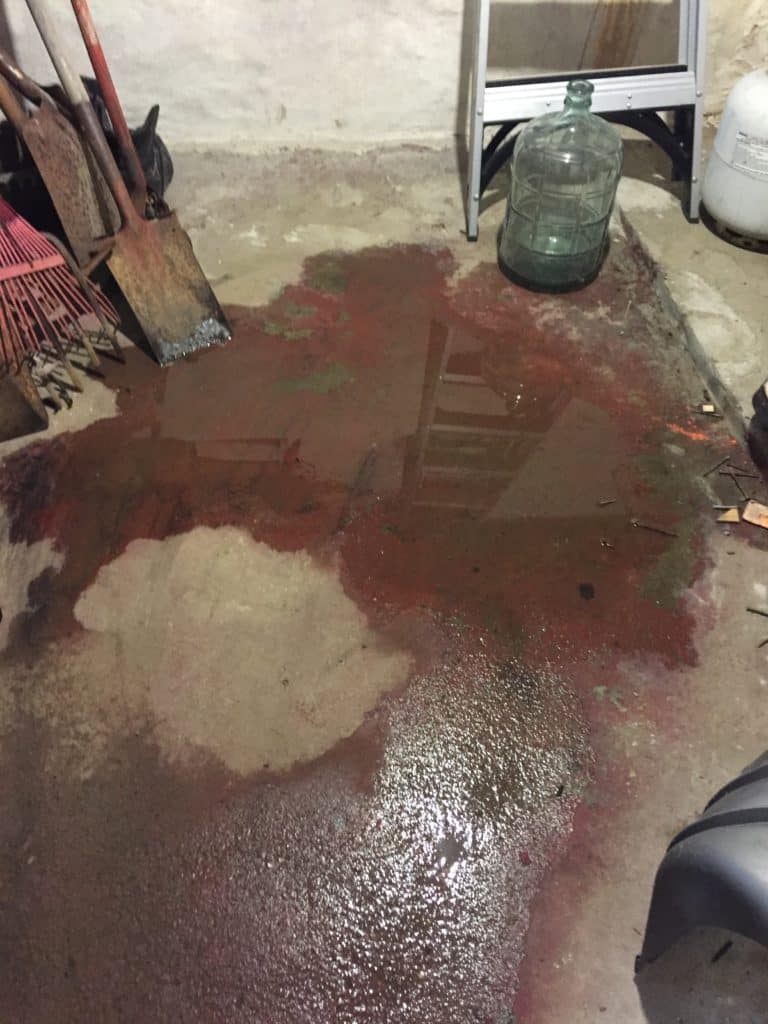 Is this a reason to postpone closing? We weren’t sure what to do.

There was also a second problem. A contingency of our offer was that the seller would remove a huge pile of junk and trash in the back yard. We weren’t sure, but we think it had been left behind by a previous first-floor tenant. The contingency was accepted, but on the final walkthrough, some of the trash remained in the backyard.  A significant portion had been removed, but some remained, including a tube TV, a lawnmower, and a large container of oil. 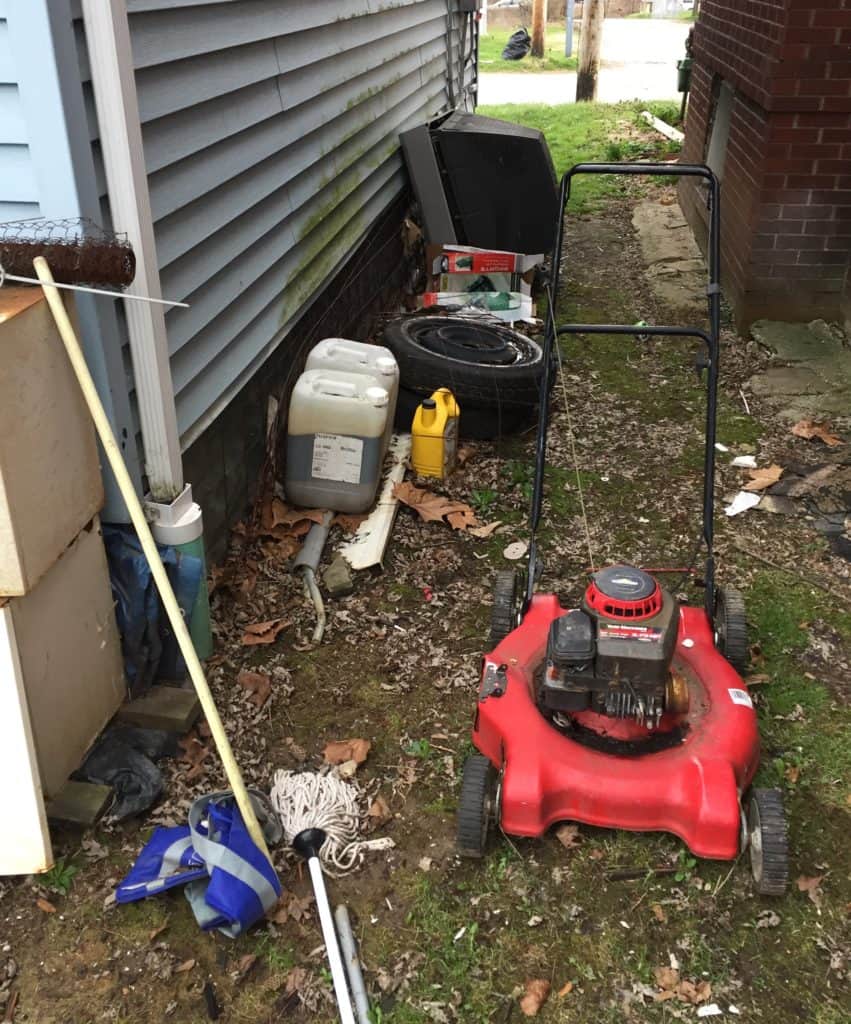 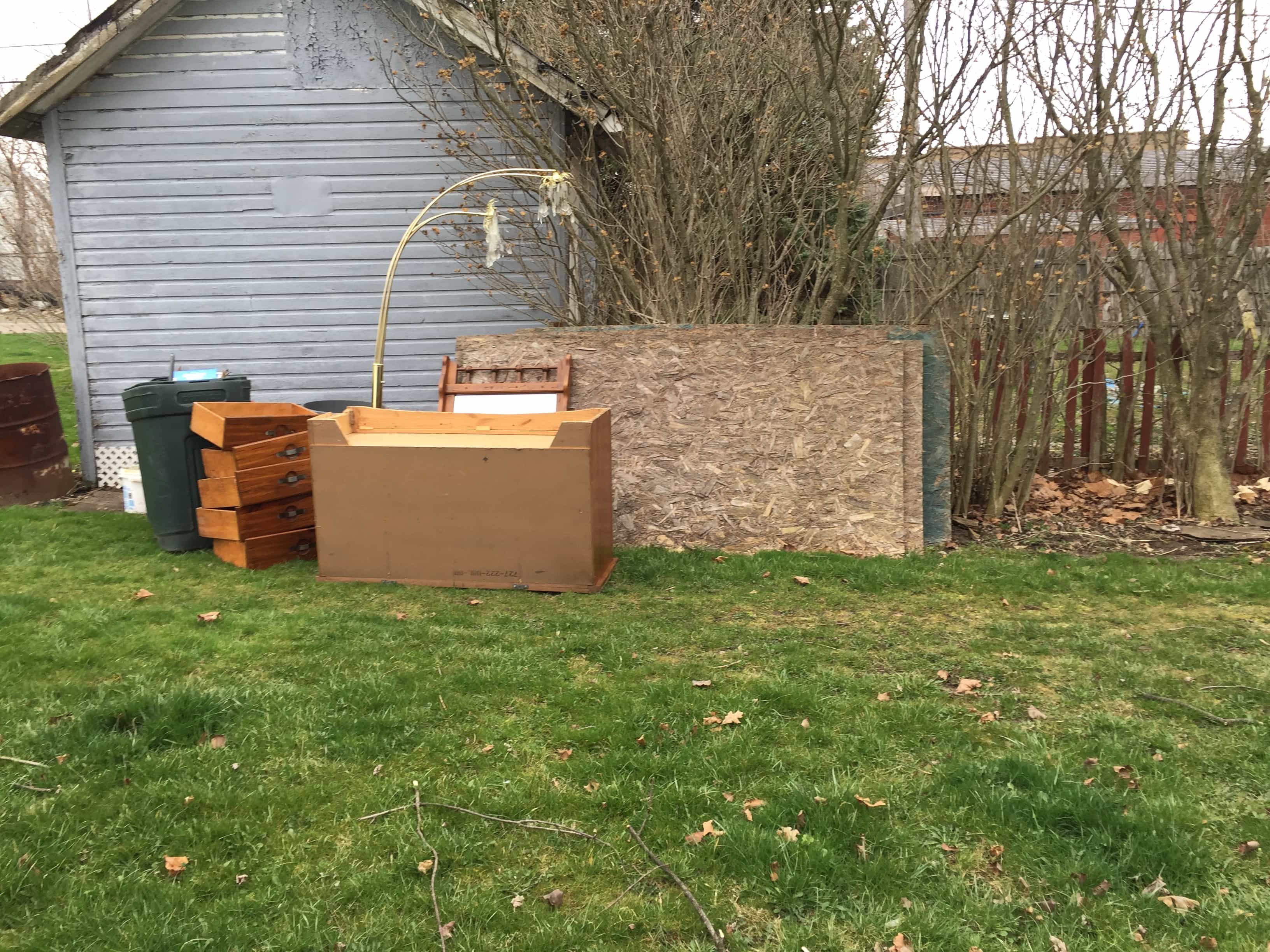 There was a flurry of phone calls. It was evident that the realtor did not want to postpone closing. We didn’t want to postpone closing either. Our interest rate “lock” expired the next day, and there had been another recent fed rate hike. Plus, we had traveled in from out of town. * But, at the same time, we didn’t want to buy a house that might be hiding significant water damage of some sort. We were also worried about the trash in the back yard being an insurance-related hazard (not to mention a neighborhood eyesore).

At this moment of intense deliberations, we decided to stop for donuts. Yes, donuts. There’s a locally-famous donut shop right by the property. We picked up extra donuts to take with us and share with others at the closing. So, yes, we had decided to close anyway.

We think the water issue in the basement was a fluke. Perhaps the second floor tenant, who has basement access, had spilled something?  The basement never had any sort of damp or musty smell any time we had been in it, including now. So, it was unlikely that there was any sort of serious water issue. With regards to the trash, the seller promised to come by that night to remove it. He said he had tried to put the remaining trash on the curb the previous night, but was cited by local authorities since it was not the appropriate garbage pick-up night. So he had to bring it back to the yard. We wondered whether to get this in writing, but we opted not to. Luckily, by the next day, MOST of the trash was removed from the backyard, but some items still remained.  Oh well, live and learn.

Closing went off without a hitch. I’ve always heard these horror stories about how closing falls through at the last moment due to some mix up with the mortgage lender, and I kept thinking that that would happen.  When we got to the settlement company location and I saw the stack of papers on the table with my name on it, I was like, “Whew! This is going through.”

Everyone went NUTS over the donuts.  We made a good decision bringing those. The atmosphere during closing was actually pretty fun. We were all sharing previous home-buying stories, the realtors were sharing stories of crazy home buying experiences, and we were even talking about travel experiences. (The seller agent had recent returned from his honeymoon in the Maldives. Fellow points and miles enthusiasts know that the Maldives is an ultimate aspirational trip, so I’ve actually read quite a bit about the Maldives previously. The seller agent was not familiar with points and miles hacks, but was happy to talk about the Maldives and answer my questions).

I signed all the paperwork, and then the settlement agent took it to the back.  He came back saying that I needed to provide a second form of ID.  I was like, “Ummm, I don’t actually have a second form of ID on me, only my driver’s license.”  Then, rooting around in my purse, I realized I had my work ID on me, and he said that would be fine.  “Two forms of ID” was definitely not on my “to-bring” list provided by the settlement company, so I’m not sure what happened at the end of closing that required a second ID.

* I’ve mentioned before this property was not local to where we live now, but it is, however, the town where I was born and raised, and where my dad still lives.

Putting in an Offer on an Investment Property...