Ken and I have now been investment property owners for two months. The duplex we rented already had tenants for the second floor unit and the garage (which is rented separately), and we just had first floor tenants move into the first floor unit for June 1.  We we’re now fully rented!

Things have been going pretty smoothly, but there are a few minor lessons we’ve learned so far that we’ll definitely want to apply to any future investment property purchases. 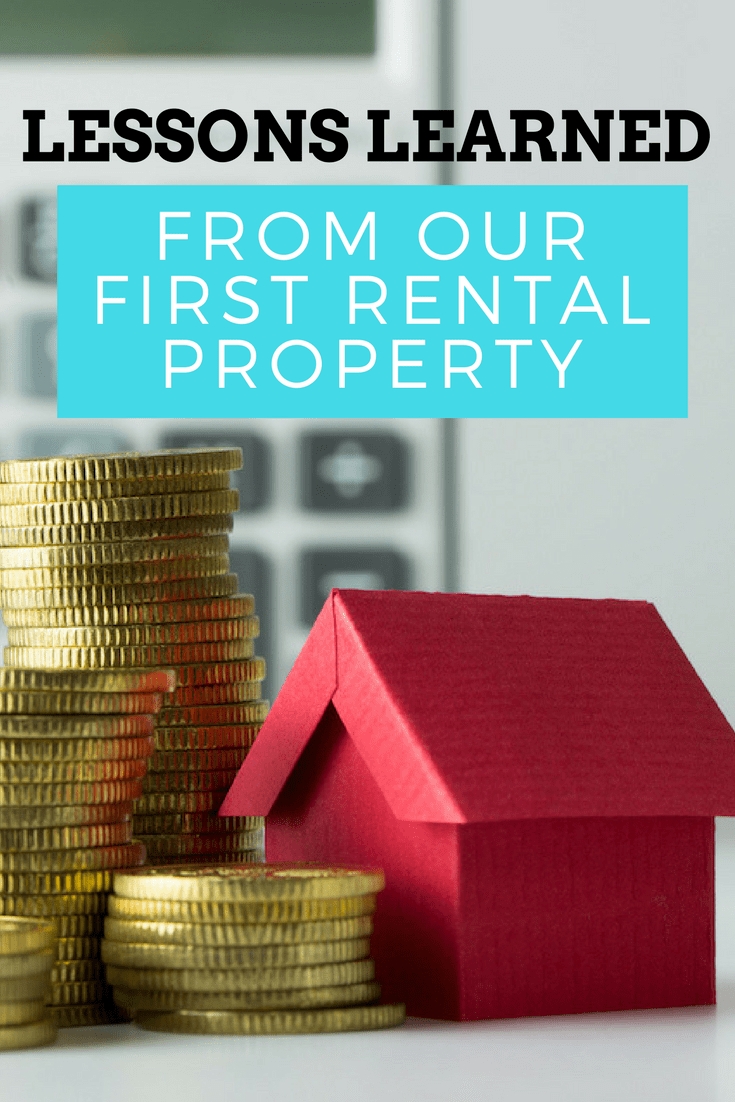 We knew that the vacant first floor unit would need cleaned, including a good carpet cleaning. We knew that the property manager would need to take photos to list the property to rent. We also wanted to make arrangements with a contractor or handyman to do a few minor repairs on the property that we had identified prior to purchasing the house. (For example, there was no handrail on the steps going to the basement, there was a crumbling swingset in the backyard that could become a dangerous nuisance, and we wanted a handrail installed on the four steps leading up to the front patio.)

However, when we would bring up these requests with our property manager prior to closing, she’d say, “Well, we can’t schedule those contractors / cleaners just yet, in case if closing gets delayed.”  We thought that sounded reasonable. But now, in retrospect, we disagree.  We should have had things scheduled for maybe three days after closing. That way if closing had been delayed by more than a few days, we could give the contractors, etc. several days notice that we’d be cancelling or postponing. When it came time to start scheduling the needed work, it took several days for the contractor to come out for an estimate for the minor repairs, then it took him nearly a week to turn around the written estimate, then another week to start the repairs.  Same thing with the cleaning lady.  And the property manager didn’t want to take photos of the property until it had been cleaned. And then it took her a few days to turnaround the listing contract to us.

Anyway, you get the idea. It was more than a month before all the work was completed (which was not a big amount of work), and the property was listed.

So, in the future, we’ll be much more aggressive in our timeframes for getting work scheduled and the property ready to list very quickly after closing.  That was all of April and nearly all of May with no rental income in the first floor unit simply because things were going so slow getting out of the gate.  We did find a tenant within two weeks of listing though. There were a few bad apples that we had to turn down (bad credit, large pets, etc.), but only two weeks to find a good tenant after listing doesn’t seem too bad!

One issue we didn’t notice until after we had already closed on the property was that the refrigerator was missing its bottom shelf and two crisper drawers. At first, we didn’t think it would be that difficult to find replacement parts. Well, we found them, but it would cost more than $250 just for those few parts! We even checked Ebay for a few weeks for spare or surplus parts.  It wouldn’t be much more money to buy a new, inexpensive fridge! If we had noticed this prior to closing or during our inspection (which, obviously is not a normal thing to be reviewed during a home inspection), we could have asked for a some sort of fridge-related concession.

Our near-term solution was to just keep the fridge as-is. And we’d have the property manager ask if the tenant minded that the drawers were missing. For example, if they never cooked at home or something. (It’s a small unit with a small kitchen, so that’s not completely out of the question).  However, when we found a tenant for the first floor, they said they wanted the bottom drawers, so we just ordered a new fridge.  $528 later, the new fridge was delivered and the old one hauled away.  *Sigh.  But, at least we shouldn’t have to worry about a new fridge for a while!

Luckily this was the only issue like that we discovered, but $528 is still a costly mistake for simply not looking things over well enough!

As I mentioned earlier, the first floor unit needed cleaned. The property manager had recommended a cleaning company, just one woman, that she’s used in the past. The estimate for cleaning the unit was $200, which seemed exceptionally expensive. I pointed that out, and the property manager said that the $200 would include washing down all the walls and inside all the appliances, including the stove. But I couldn’t help but shake that $200 was still too much money. It’s a relatively small two bedroom unit, and it’s not like it was left trash-filled and in complete disarray. It just needed a move-in cleaning. It’s also a very inexpensive area of Pennsylvania. For reference, Ken and I pay $110 for a once-per-month house cleaning at our 4-bedroom townhouse. And we live in the crazy expensive DC area!

But, alas, things had already moved slow on getting the apartment cleaned and ready to list and show. And the property manager kept saying how good a job that her recommended cleaning lady does. So, we sucked it up and proceeded with the $200 cleaning job. But in the future, we’ll be more confident to shop around on our own and find a better price.  (For what it’s worth, the contractor she recommended had a very reasonable estimate for all the various repairs we wanted done).

What lessons have you learned from your early days of owning an investment property?

We’re about to become real estate investors! Our...

Getting Pre-Qualified for an Investment Property Mortgage

And now our mortgage payment doubled?