Yet Another Low Platelets Update – Is it Sjögren’s Syndrome?

So, it’s been three months now since my annual physical results showed low platelets.  (34 at a first test, and then 28 at a subsequent test. They should be between 150-400).  I posted an update shortly thereafter, and explained that my hematologist was able to rule out any of the more life-threatening causes of low platelets.  In other words, I didn’t have any leukemias, lymphomas, HIV, or liver disease.

My hematologist established a “standing order” for a Complete Blood Count (CBC) and recommended that I get my blood tested every three weeks for about six months to make sure my platelets don’t drop again.  She also wanted me to follow up with a Rheumatologist, since many of the blood tests that the Hematologist ordered showed “inflammation markers,” which could indicate an autoimmune condition. In the Hematologist’s view, the low platelets might have been caused by an underlying autoimmune condition, and those are better treated by a Rheumatologist.

What is an Autoimmune Condition?

Obviously this is likely a gross oversimplification, and I’m not a doctor, but it’s the general gist.  There are many autoimmune diseases, affecting all different parts of the body. And unfortunately, the treatment options for most autoimmune conditions totally suck.  My dad, for instance, who suffers from rheumatoid arthritis, has to take medications that essentially shut down his immune system. That makes his immune system stop attacking his joints.  BUT, it also makes him extremely susceptible to infections. Even a minor cut on his leg caused a major infection last year that required six weeks hospitalization for IV antibiotics. For some autoimmune conditions, there are “better” treatment options than simply shutting down your immune system. However, there aren’t any clear or great cures.

Is it Sjögren’s Syndrome?

As for the Rheumatology appointment, I didn’t leave there with any solid information. She, like the Hematologist, kept getting drawn to the dry eyes that I started suffering in the summer of 2017.  Since I have an elevated SSA and SSB, she said those could indicate Sjögren’s Disease, an autoimmune condition that causes dry eyes and dry mouth. BUT, my mouth hasn’t been dry at all, just my eyes.  She said that some Sjögren’s sufferers might only get one of the symptoms – dry eyes OR dry mouth. She also said that elevated SSA and SSB are not exclusive to Sjögren’s.

Therefore, the Rheumatologist recommended that I get a lip biopsy, which is considered to be the definitive test for Sjogren’s Syndrome.

How is Sjögren’s Related to my Low Platelets Though?

At this point, hearing the Rheumatologist describe the procedure for getting a chunk of my lip cut out and how much it’ll bleed due to all the blood vessels in the lip, I realized something that had barely come up in conversation with the Rheumatologist.

How in the world does any of this relate to my original “problem,” which was low platelets? I mean, sure, my dry eyes have been annoying for the past year, but not life threatening like low platelets can be.

So, I asked if Sjögren’s also causes low platelets, in addition to the dry eyes and dry mouth.

With a wishy-washy tone, she said, “Well.  It COULD.” There appears to be something known as autoimmune cytopenia, where underlying autoimmune conditions can cause blood counts to become out of whack, including white blood cells or platelets.  (Cytopenia apparently means low numbers of blood cells … any blood cells, not just platelets).

Do I want a Lip Biopsy to Confirm for Sjögren’s?

Since I’m not in a huge hurry to have a piece of my lip removed, I decided at first that I’d wait and see how my platelets counts continue.  If they dropped again, then I would pursue to the lip biopsy, to see if I’m facing Sjögren’s or if it’s ITP.

If the platelets stay up, I might skip the lip biopsy and just pursue it in the future if my dry eye symptoms become more serious or if I start to experience dry mouth too.

BUT, then I remembered something else the Rheumatologist said. She explained that Sjögren’s patients have to be monitored very closely for symptoms of Lymphoma.  Apparently Sjögren’s patients experience increased incidences of certain types of Lymphoma, ranging anywhere from 7 times more likely to 1000 times more likely, depending on the Lymphoma type.  That’s a higher likelihood than any other autoimmune disease sufferer.  Yikes.  The Rheumatologist said that if I was diagnosed with Sjögren’s, that I’d need monitoring for lymphomas about every six months.

So, maybe I should pursue the lip biopsy?  That way I know if I need more regular monitoring for Lymphoma?

I joined a few  Sjögren’s support groups on Facebook for their insights on a lip biopsy.  Not that I’m trusting random internet strangers more than a board certified Rheumatologist, but many folks on there have said that a lip biopsy is totally unnecessary since my bloodwork showed that I’m SSA and SSB positive.  The lip biopsies are typically reserved for people who have symptoms of Sjögren’s and are NEGATIVE for SSA and SSB.

So, at the very least, I think I should pursue a second opinion from another Rheumatologist to see if they think that the lip biopsy is necessary.  If they say yes, then I have my answer.

Another thought: There’s a Sjögren’s specialty center at Johns Hopkins, just a little over an hour from where I live.  Their website emphasizes the need for Sjögren’s experts to evaluate lip biopsy results. Plus, perhaps since they specialize in Sjögren’s, they’d have more insight into the platelets / Sjögren’s issue?  More than a “Well, it COULD be related” statement from a general Rheumatologist?

OR, is this all putting the cart before the horse?  Why would I travel more than an hour from my house to go to a specialty Sjogren’s center if I don’t even know for sure whether I have Sjogren’s?  Maybe I should just stick with the local doctor for the lip biopsy and just go to JHU for subsequent appointments if I DO have Sjogren’s?

Can you tell my brain has been filled with all this nonsense recently?

Perhaps I need to demonstrate a bit of gratitude and perspective for a moment.  When I was looking for additional information on the lip biopsy for Sjögren’s, I came across various Sjögren’s Support Forums and Facebook groups.  Some of the folks on these forums are suffering from intolerable symptoms, including terrible pain and fatigue. So, perhaps I need to get off my high horse of calling this “nonsense” and just try to get to the bottom of it before symptoms potentially get worse. 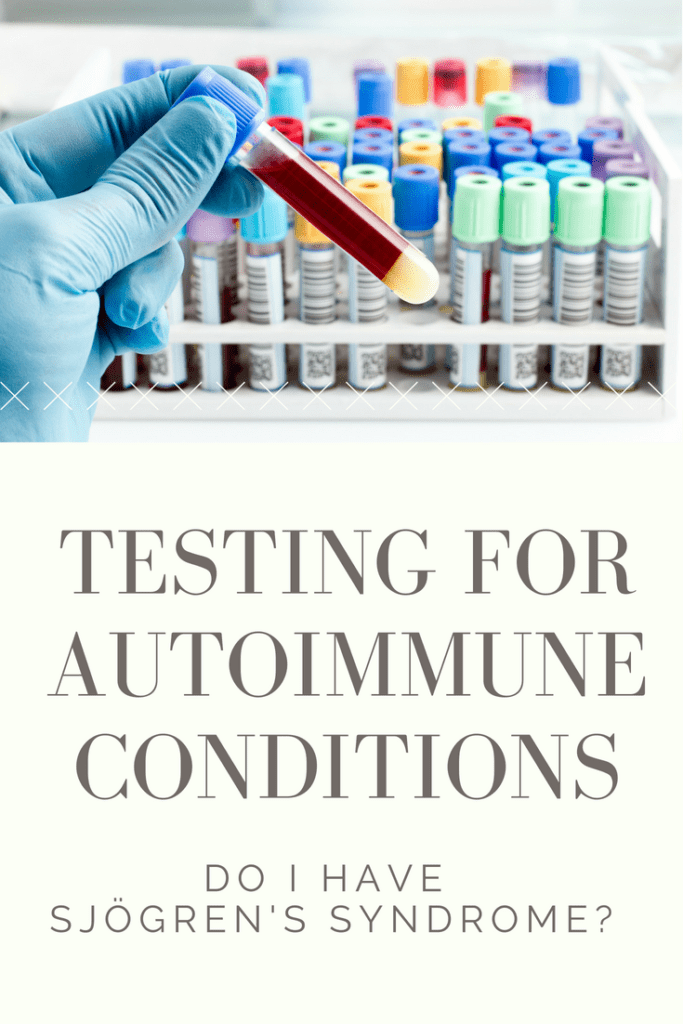 Other Things to do at Disney World (That aren’t Parks)

An Update to my Low Platelets Scare