Backing up our Data

We have a strange addiction in our home. Not anything that would qualify us for the TV show or anything, but the other day, after UPS delivered a package to our front door, Ken said, “Yay! Hard drives!”

This is a phrase that is spoken often in our house. “Yay, Hard drives.” When we got married several years ago and I asked Ken what he wanted to add to our gift registries, he said, “Hard drives??” I said no, and later we settled on power tools and seasons of True Blood and Dexter being added to our registry.

Why this strange obsession with hard drives?

Well, we are pretty much obsessed with backing up our data. OBSESSED. But we also need the space for primary storage.

Why, normal people may ask, do we need that much storage space? Well, the first reason is that we have lots of digital-based hobbies and projects. We both share the hobby of photography (even long before we met each other), so that means we take lots of photos. After a week-long vacation, we can easily return with a combined 100+ gigabytes of photographs. Since I’ve been scanning in family photos for the last 4 years or so, storing those newly digitized photographs (which I scanned at a very high resolution), now take up nearly 400 gigabytes of hard drive space. Ken has digitized probably hundreds of old home movie films from his childhood. Since video files are HUGE, he has several terabytes of movie files that are just from his childhood! Ken also has an HD video camera, and after a vacation or big family event that we record, we can have about 20 GB or so of video footage.** I also recently digitized family video footage from Hi–8 and Mini-DV tapes that takes more than 1 Terabyte of space. 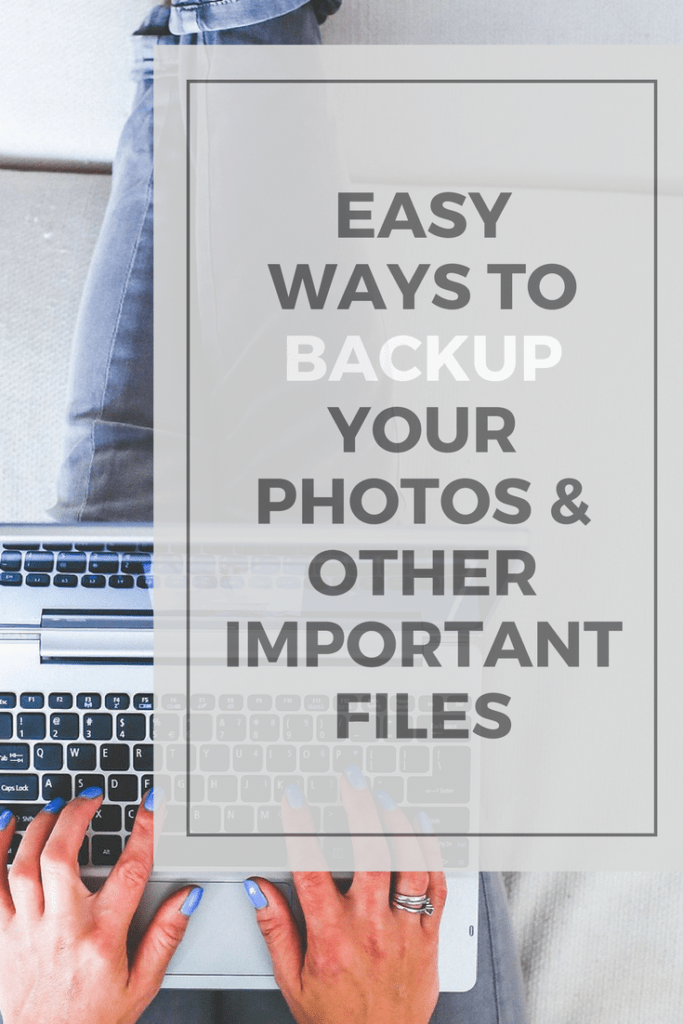 So I think it’s pretty obvious that our projects require us to have lots of hard drive space! But, we are also compulsive about our backups. Before I met Ken back in 2007, I used to think I did a pretty good job of backing up all my files. Every six months or so, I would back up all my computer files (including pictures and music) to CDs, label them, and tuck them away in jewel cases in a desk drawer.

Then I learned what Ken did for computer backups. Our current system is mostly modeled on what he has been doing for years.

1) We use Chronosync to backup our files on our individual computers to individual hard drives we store externally in a dock.*** Chronosync runs daily on each of our machines. I used to use Time Machine, the Mac built-in system, and I was always pleased with it. However, I switched to Chronosync after hearing Ken sing the praises that Chronosync allowed for much more customization in what you back up. But, Time Machine (since it’s free), will work great for most folks!

2) Once a month, we take the external hard drives that contain our Chronosync backups to our safe deposit box at our local bank. While we are at the safe deposit box, we take home the hard drives we dropped off their the previous month. In other words, we actually have two sets of backups. One we call Set “A,” The other one Set “B.” That way we always have one set of backups in the safe deposit box. The reason we like storing our hard drives in a safe deposit box is in case we ever have a house fire (which Ken has experienced in one of his old apartments), or if our house is ever broken into and thieves steal our computers and external hard drives. This may seem like overkill, but several of our projects, like photo scanning and film digitizing, took years (YEARS!) to complete, so we’d hate to see that wiped out by some hard drive crash or thief.

3) I also backup some of my critical files to Carbonite. I don’t backup any video files to Carbonite, but I do back up all of my photographs, including my scans, and documents. Ken and I used to use Mozy, but they jacked up their prices about three years ago, and since we had so many gigabytes of storage, we weren’t willing to pay their new high fees. Ken gave up on the online backups altogether after Mozy’s price increase, but I switched to using Carbonite, which works for what I want it to do. My primary complaint is that their upload speed begins to throttle after you upload X gigabytes of data (I think it was 100), and so now it can take me nearly a month for photos from a recent trip to upload completely. But, I consider Carbonite to be reasonably priced, so I continue to pay for the service. I hope that Amazon Cloud or Google storage comes down in price soon and I can switch to those. The reason I choose to do an online backup in addition to storing hard drives in a safe deposit box is in case of catastrophic-type incident. We live less than a mile from the bank that we store our hard drives at. If our area was ever hit by a tornado or other disaster, it is likely that both the bank and our home could be destroyed. Wow, I’m paranoid! Yeesh!

4) Once we have a hard drive that contains information we probably won’t be updating very often (like files and documents that are older than 10 years ago, or sets of videos that we have digitized), we will back those up to a separate external hard drive (different than our A and B Chronosync backup drives) and just drop those off at the safe deposit box. Since the files don’t change on the drive that we keep at home, there’s no need to constantly be running Chronosync on it. Chronosync is great, however, for your day-to-day files that you update and access regularly.

I am always so sad when I hear friends mention that their hard drive crashed and that they lost years worth of photos of their children or of fun vacations. It is so easy to backup your data. If you use something like Chronosync or Time Machine, all you have to do is set it up once, and it will automatically backup everything for you according to the time schedule you set (daily, weekly, etc.)

How do you backup your data. Don’t say that you don’t, or I’ll be so sad!

**Strangely enough, our HD video files these days are much smaller than older files that we have digitized. Modern technology does a much better job of compressing the files to a more reasonable size without sacrificing quality.

*** These days, we typically buy hard drives in the 1–3 Terabyte range. For folks with less data, you can obviously get a smaller and cheaper hard drive, maybe in the 500–750 GB range. (Like this)