Gettysburg 2013 (Blast from the Past)

This is a “Blast from the Past” post.  These posts chronicle our travels and other life events before we started blogging!

Last February (2013), we went to the Gettysburg area for my birthday. I invited some family and friends to go snow tubing at Ski Liberty, which is right near Gettysburg, PA. And then Ken and I spent the night in Gettysburg and toured the town the next day. Even though I was born and raised in Pennsylvania, I had actually never been to Gettysburg before, so I thought it was time!

I had been to a few Civil War battlefields before, like Manassas, Fredericksburg, and Antietam, and those battlefields are large, but mostly contained into one area. I did not realize that the Gettysburg “battlefield” was such a huge area that it required a driving tour!

Ken has a GPS built into his car, and so we searched for “Nearby Attractions” and had the GPS go to the entry that was labeled as the Gettysburg Visitor Center.

It was this dark and dismal looking building. It was actually pretty creepy looking. 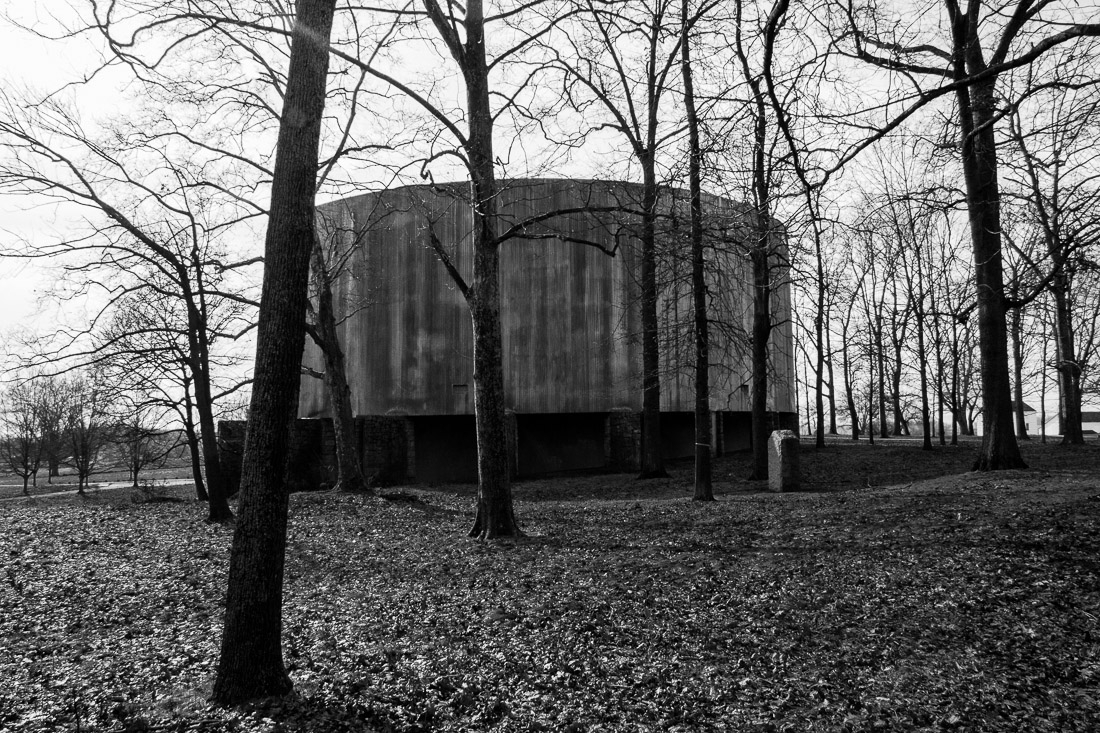 We walked around, wondering why there were only a few cars in the parking lot, and why everything looked so run down.

Then we finally saw this sign. Oops, I guess the GPS system hadn’t updated its address yet! 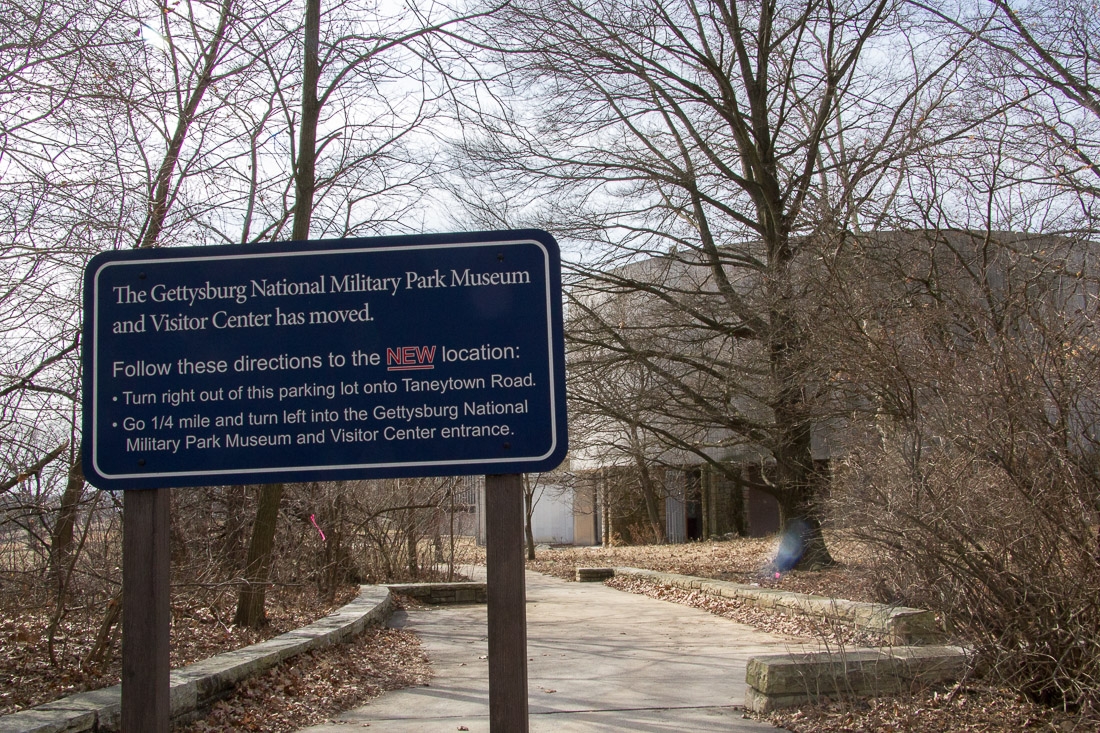 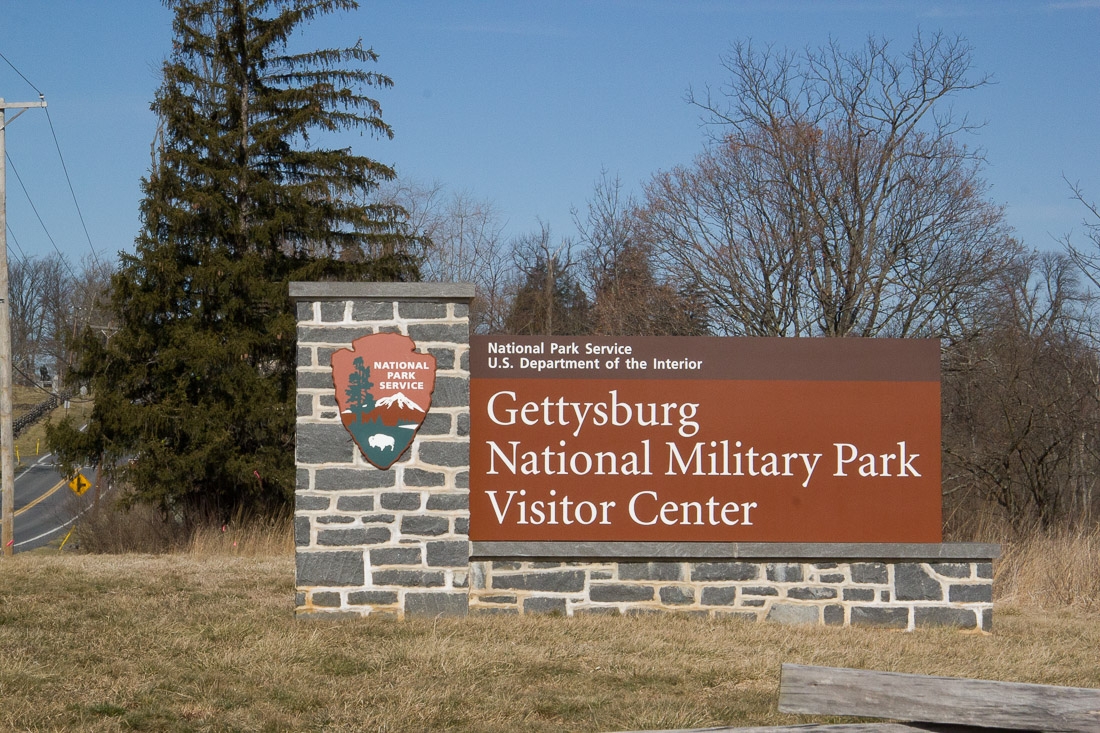 The interior and exterior of the Visitor Center were beautiful and obviously very new. It blended in very nicely with the surrounding area, unlike the original circular Visitor Center.** 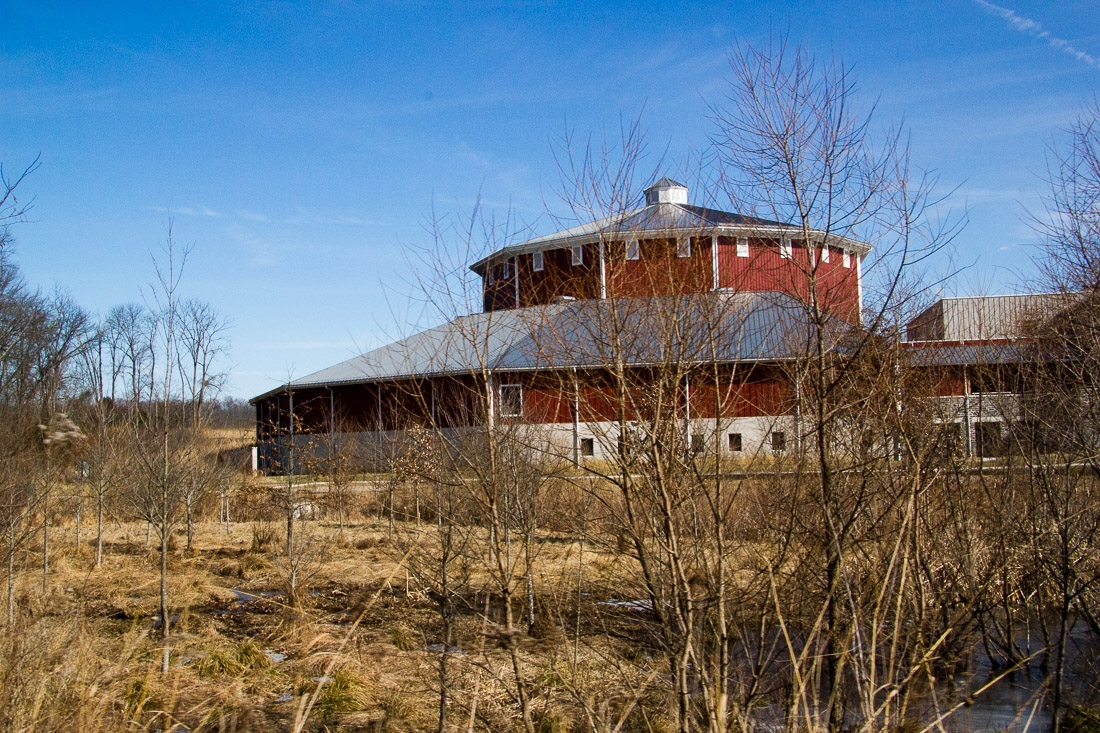 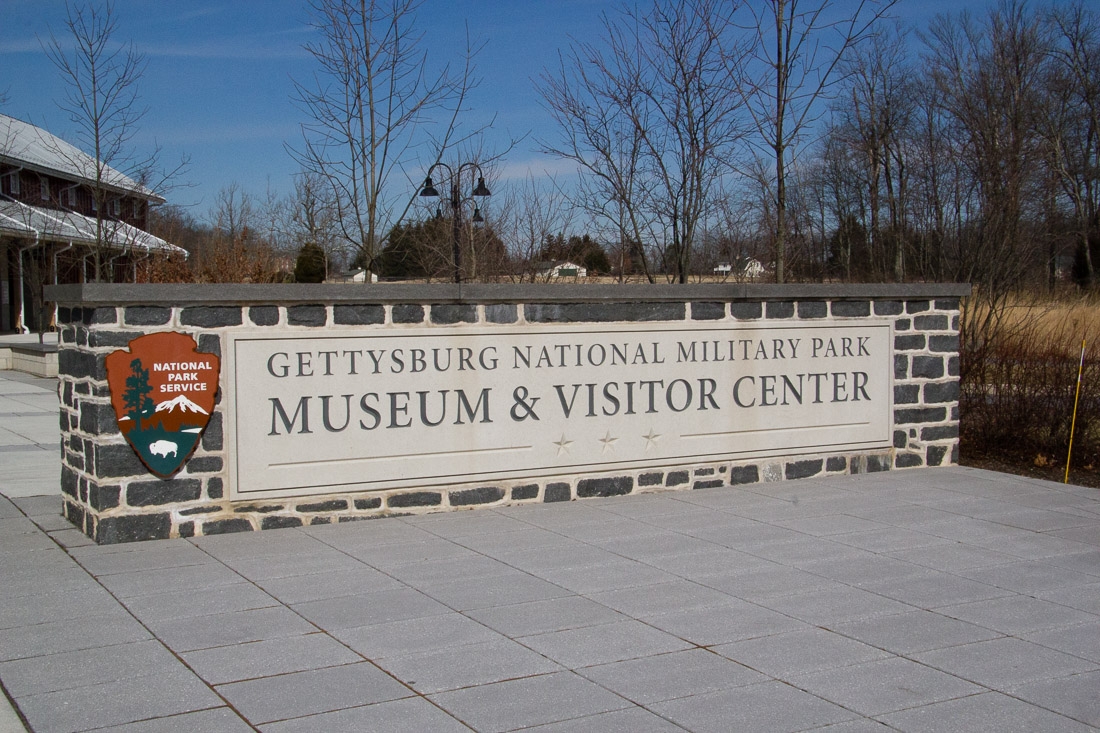 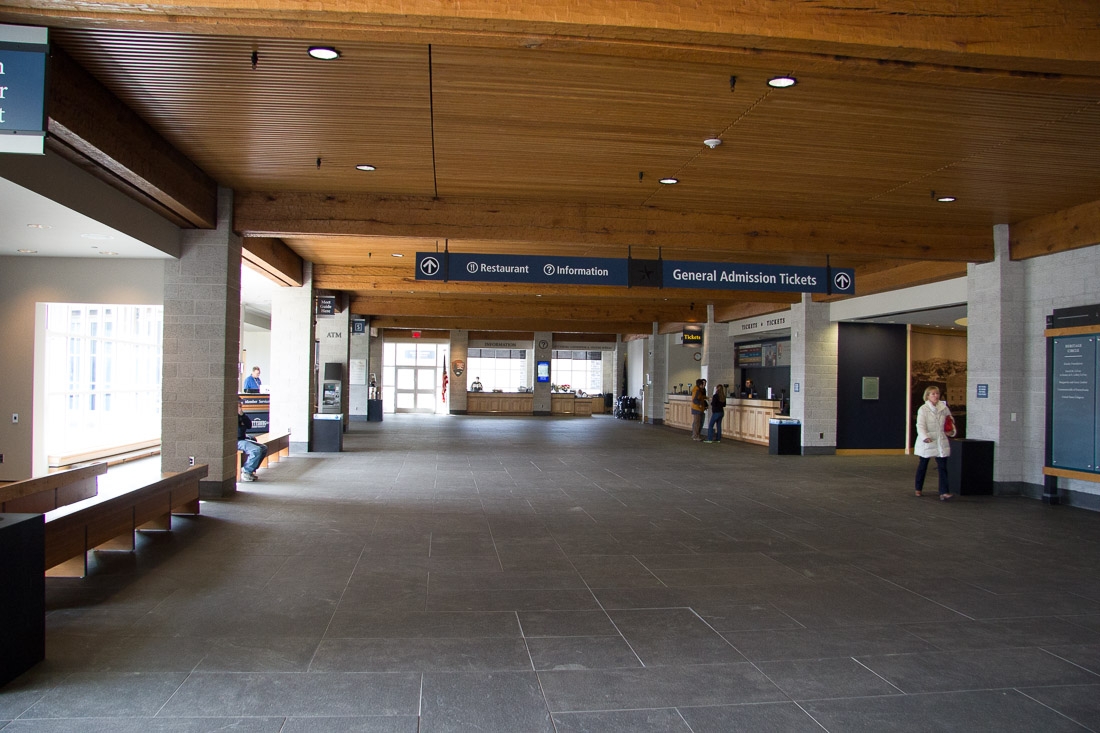 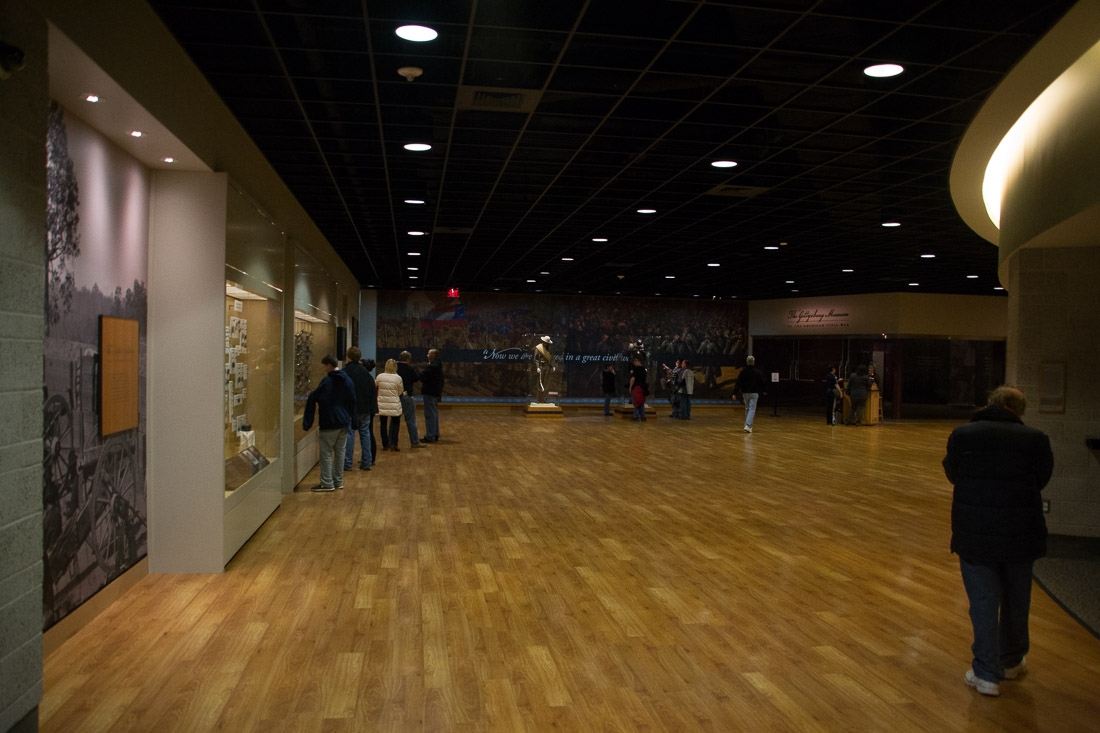 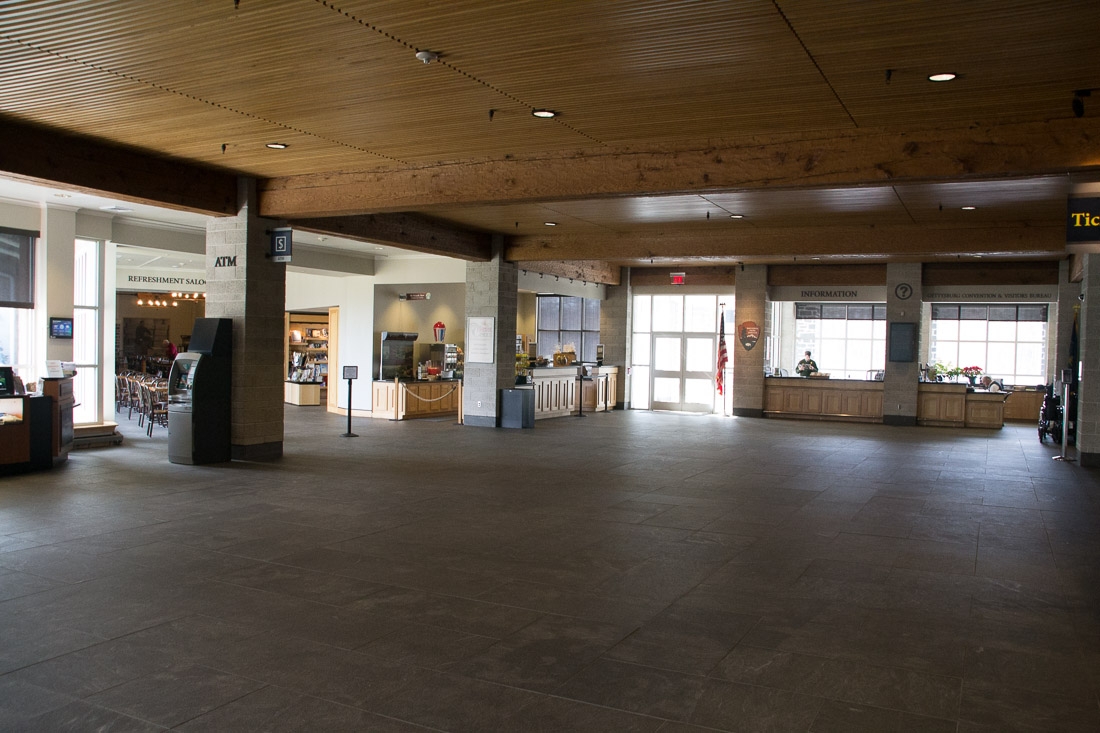 We picked up some maps in the Visitor Center and began our self-guided driving tour, following the National Park Service Maps. There were plenty of places to stop and pull over to take photographs. 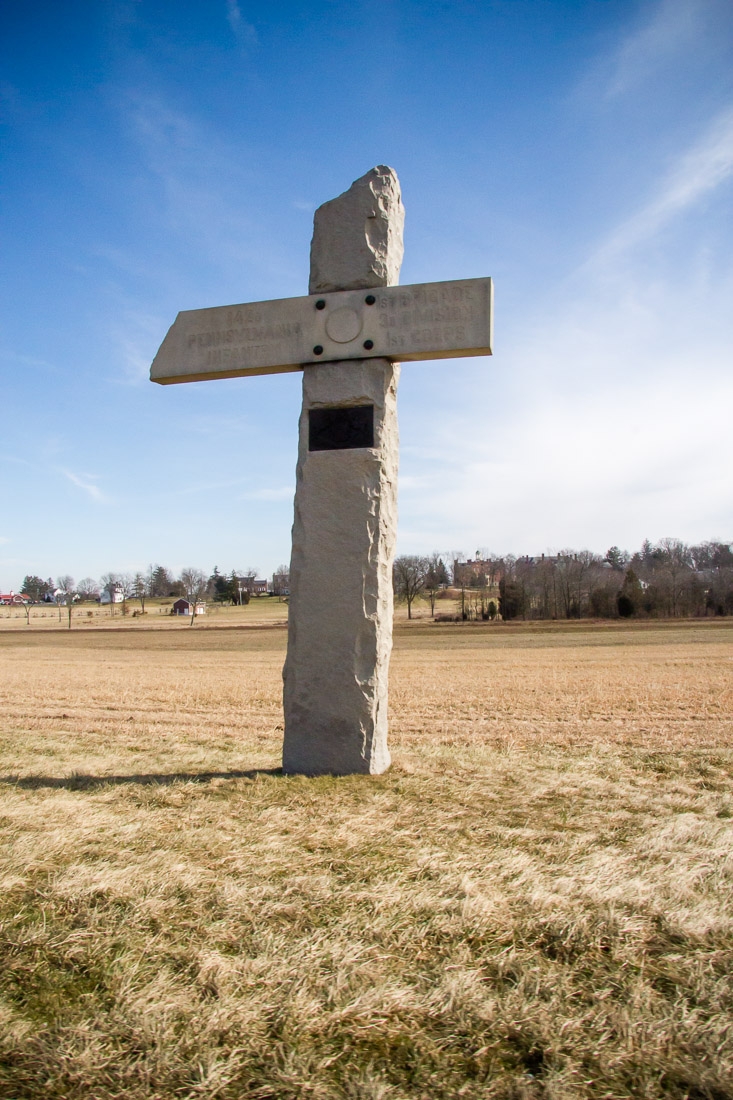 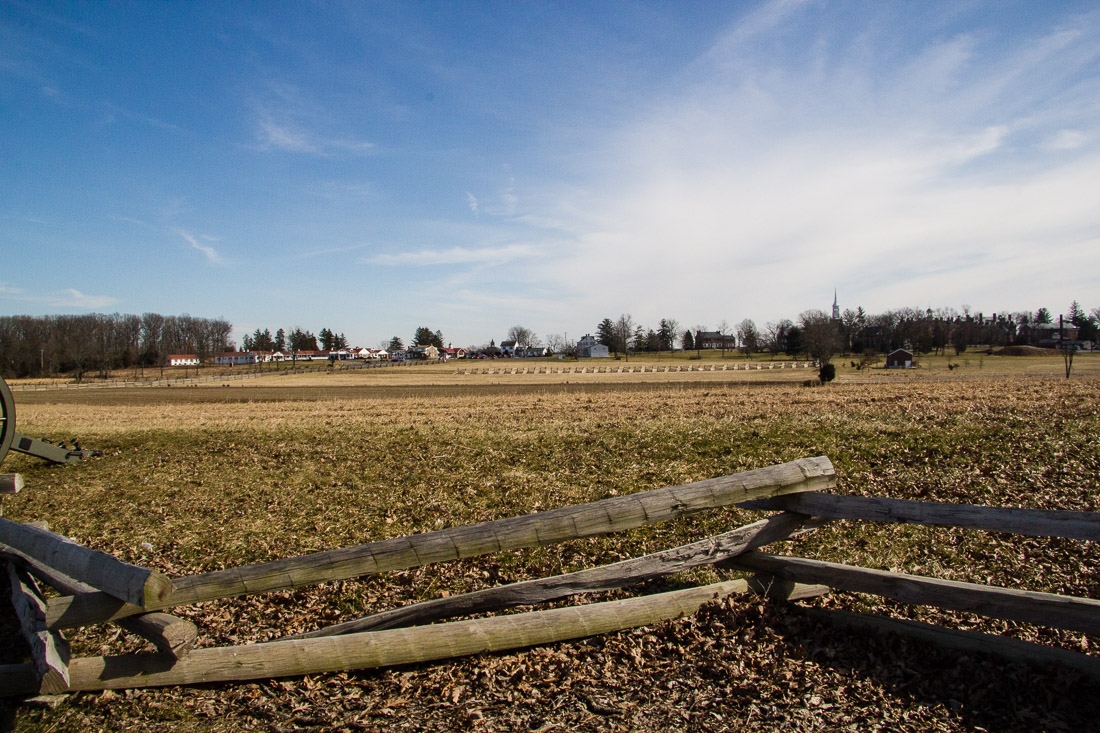 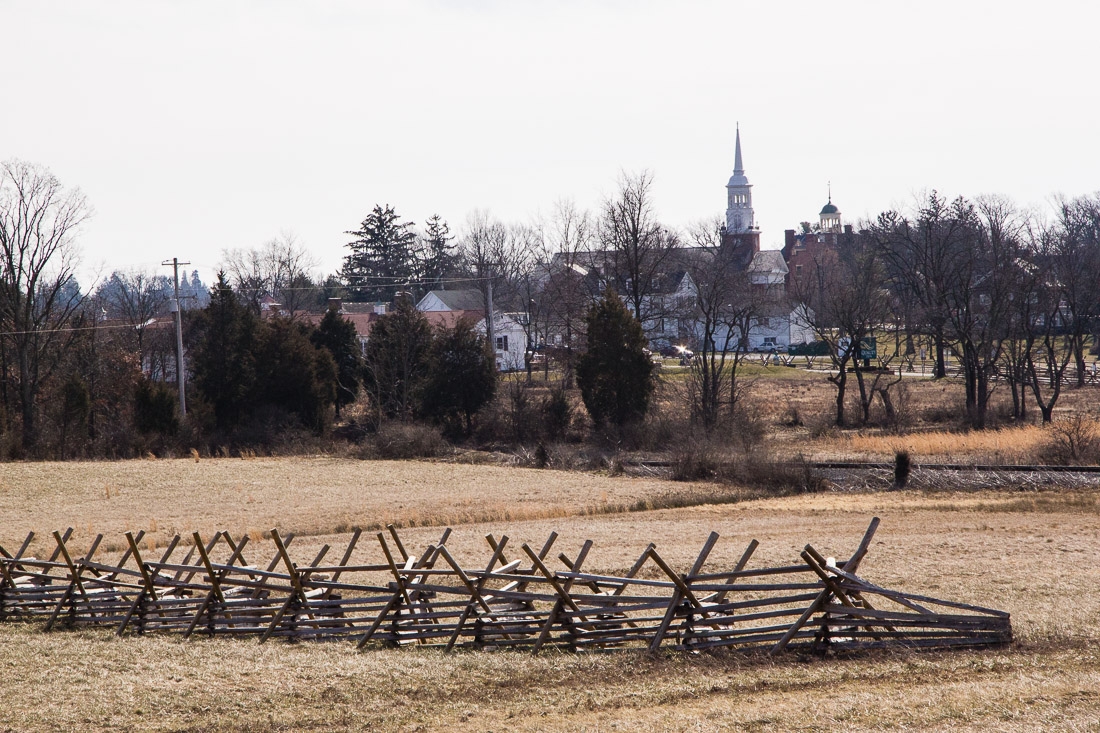 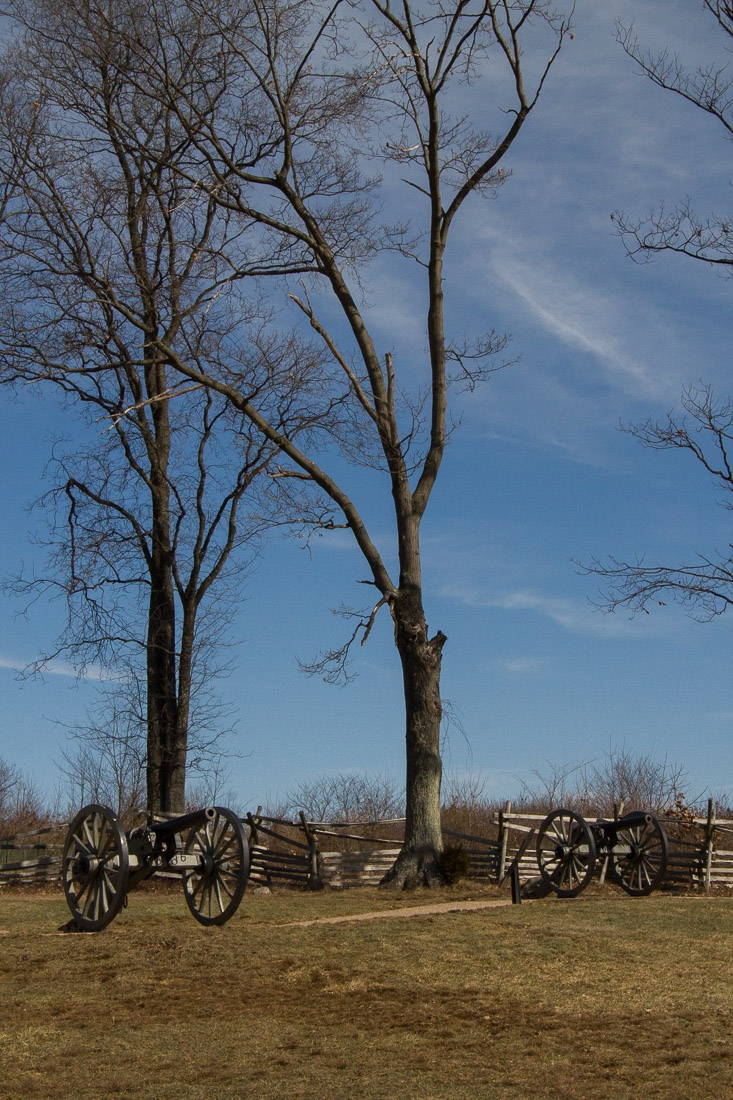 And there were explanatory placards throughout the entire area. 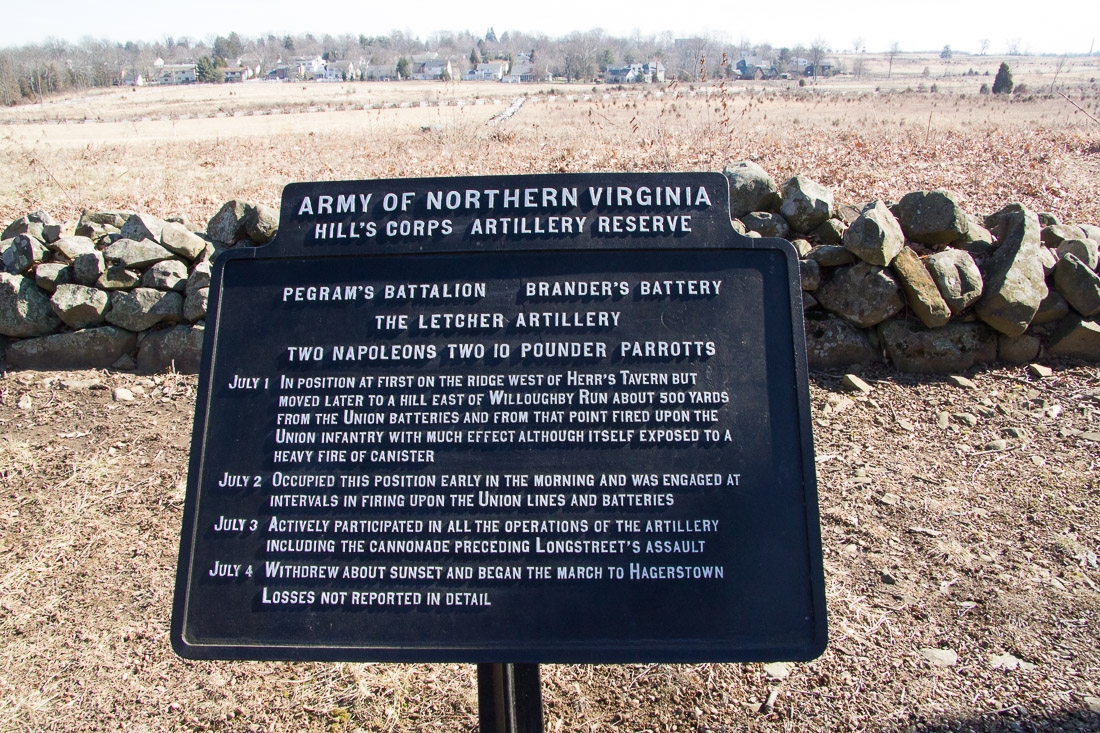 Many of the individual monuments and stone sentinels were memorials to certain divisions, brigades, and even entire states. Since we live in Virginia, we spent some time at the Virginia Monument. 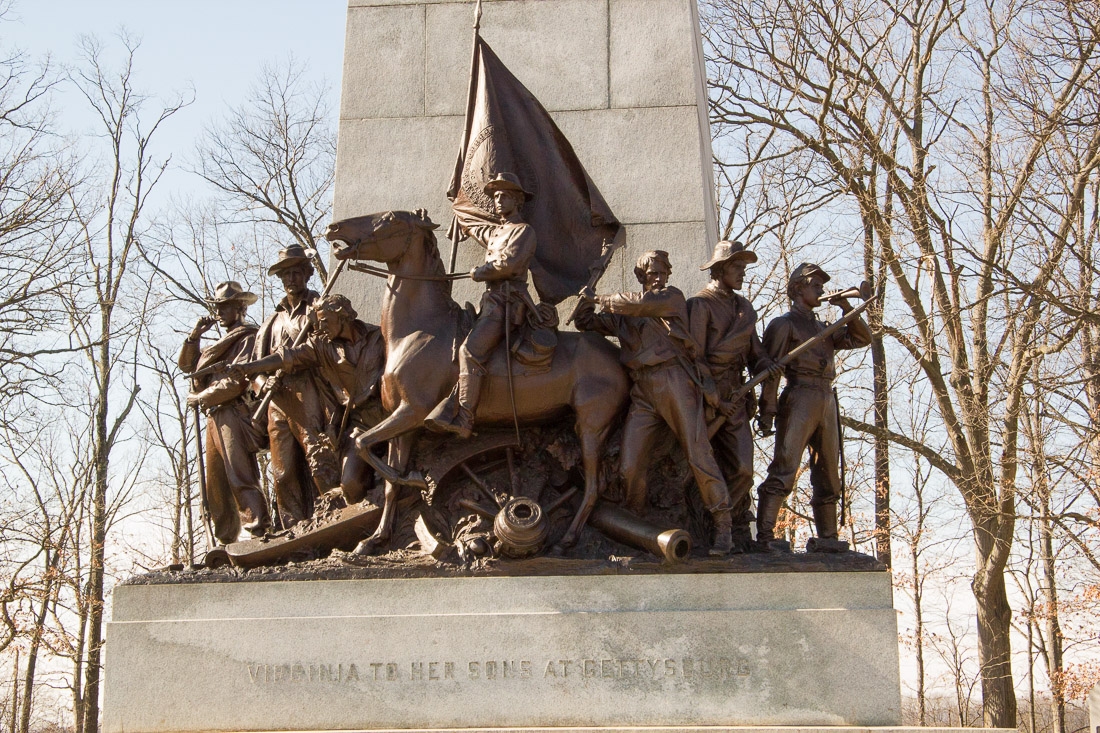 We made our way to Little Round Top, considered to be the location of one of the decisive points in the battle. 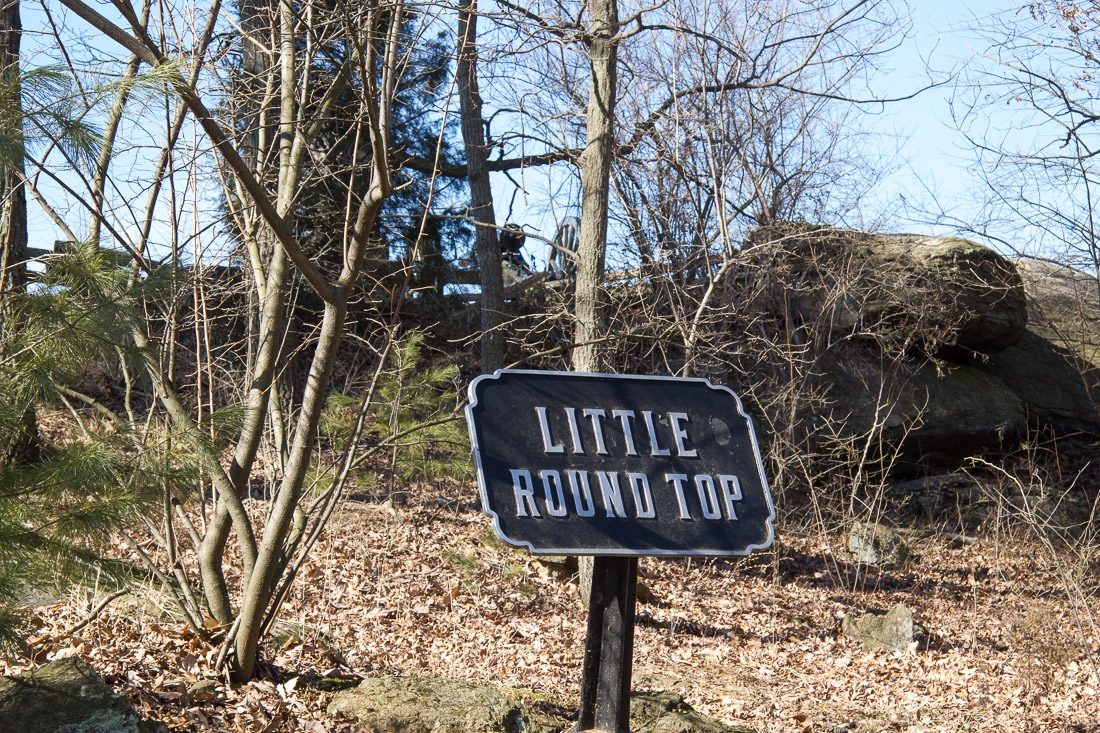 In fact, walking around Little Round Top allowed us to take in some sweeping views of the battlefields. 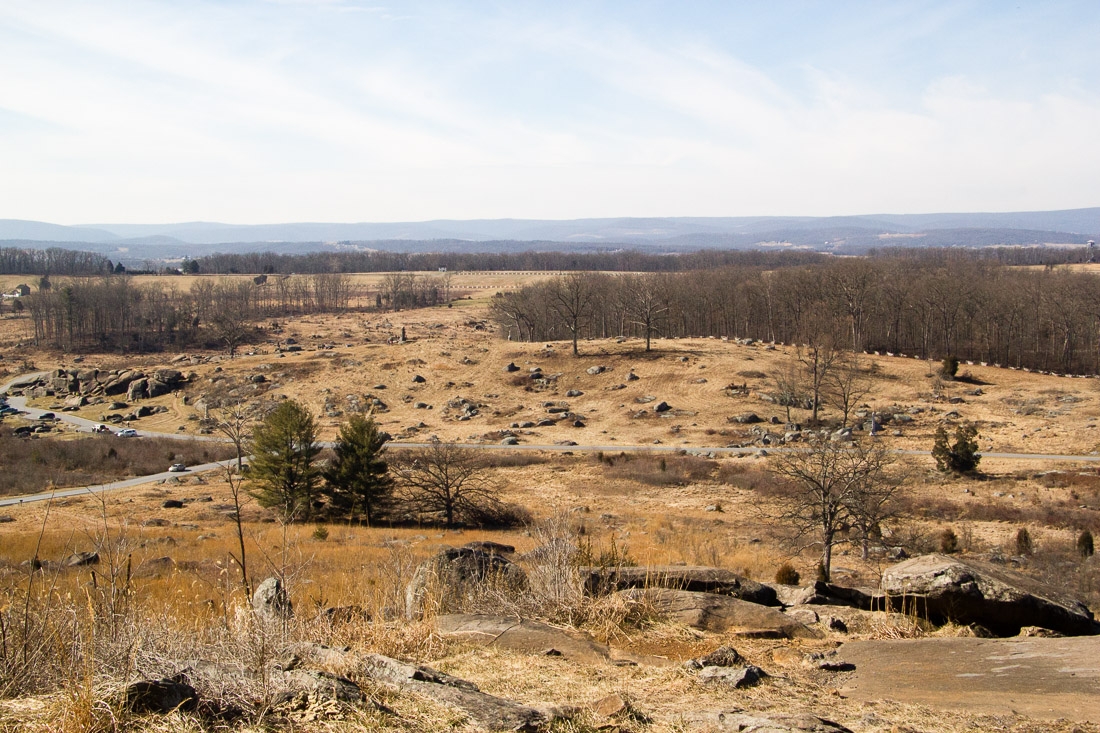 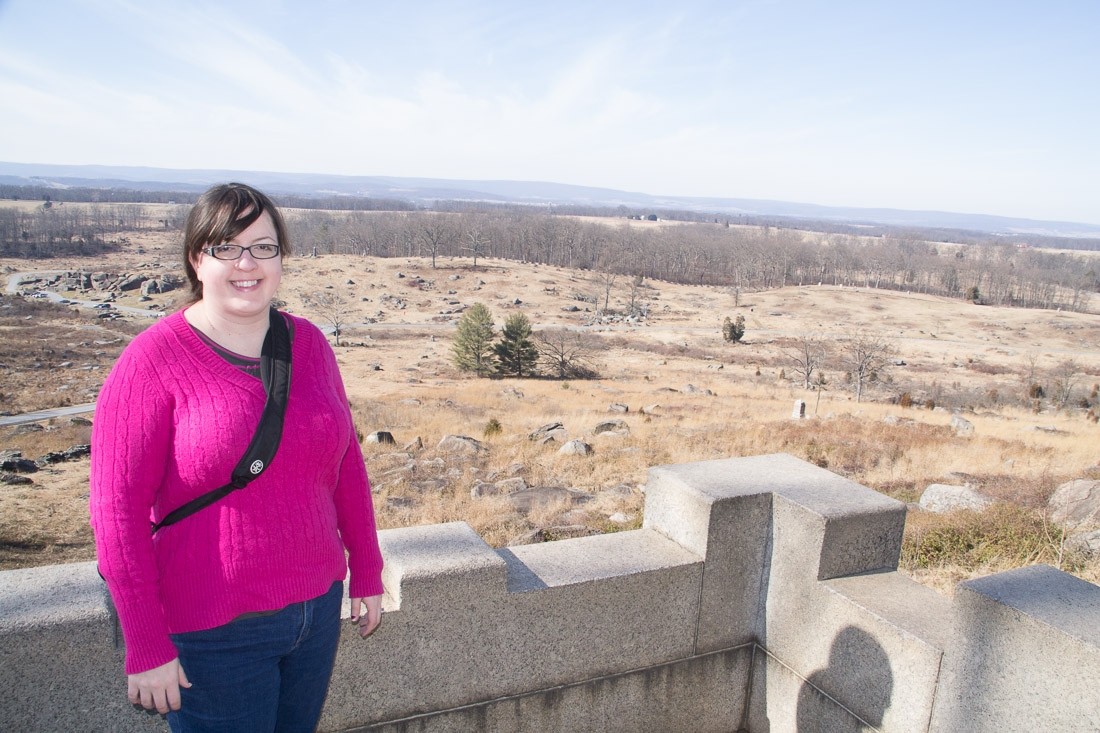 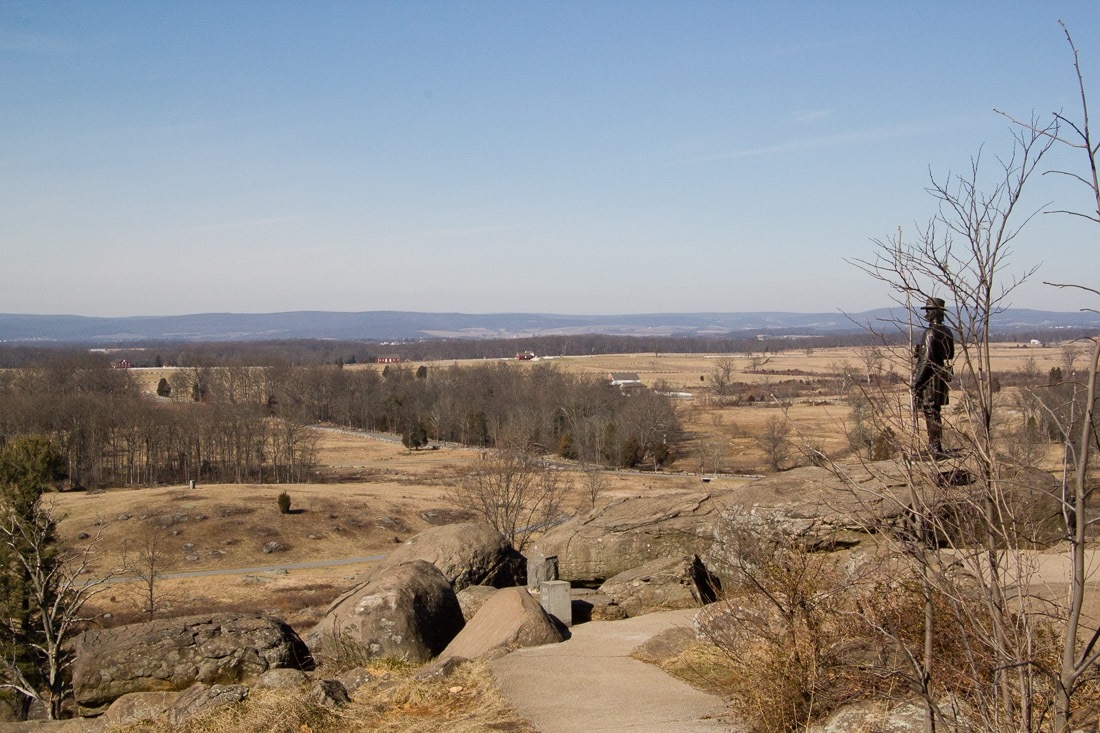 At this location, there was a monument to the 44th and 12th of New York. There were steps inside to climb to the top. 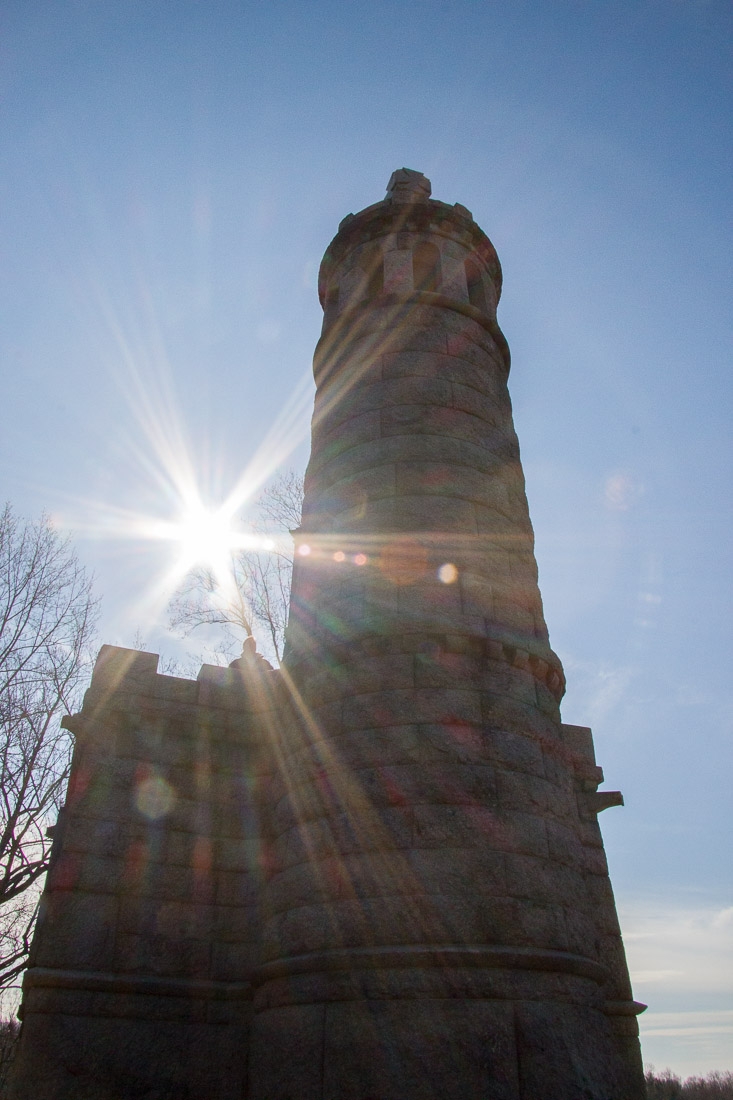 By far the largest memorial at Gettysburg was the Pennsylvania Memorial. 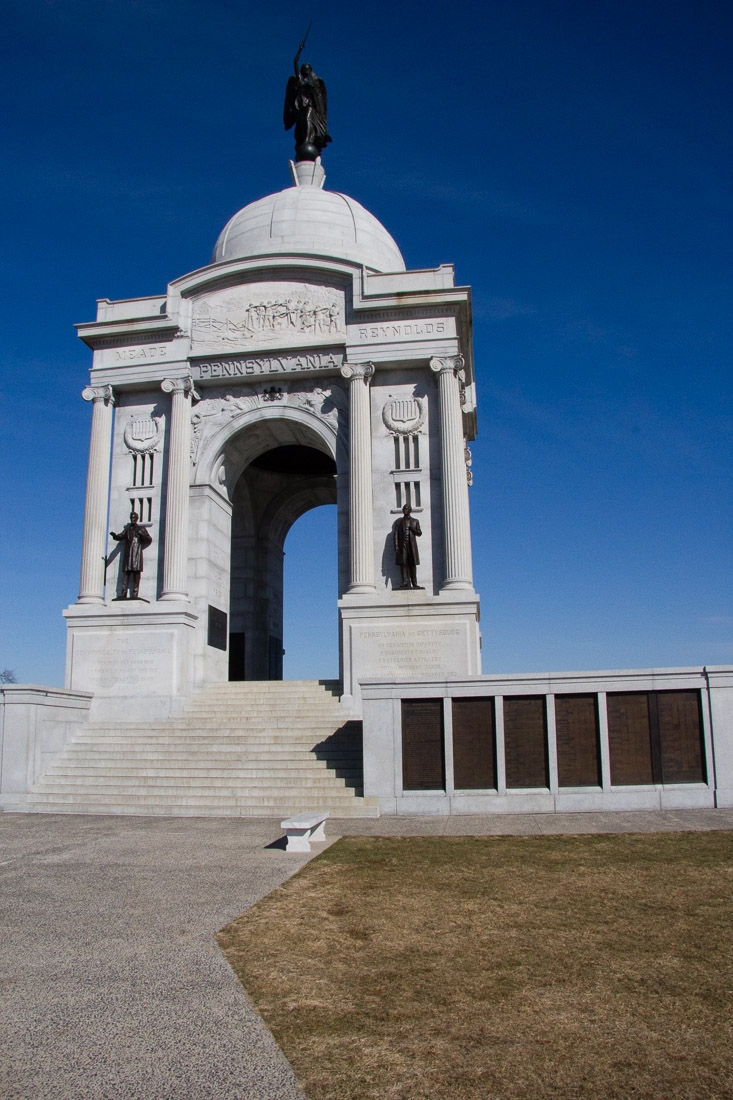 More than 1100 soldiers from Pennsylvania were killed in the Battle of Gettysburg, which lasted just three days. 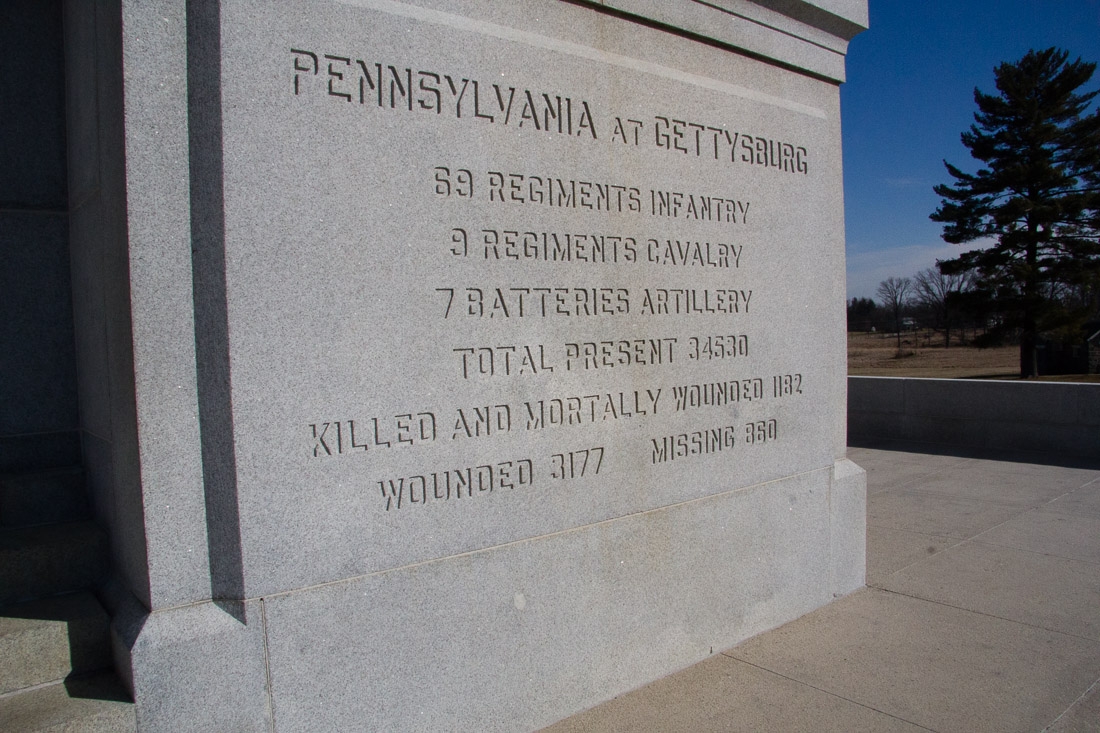 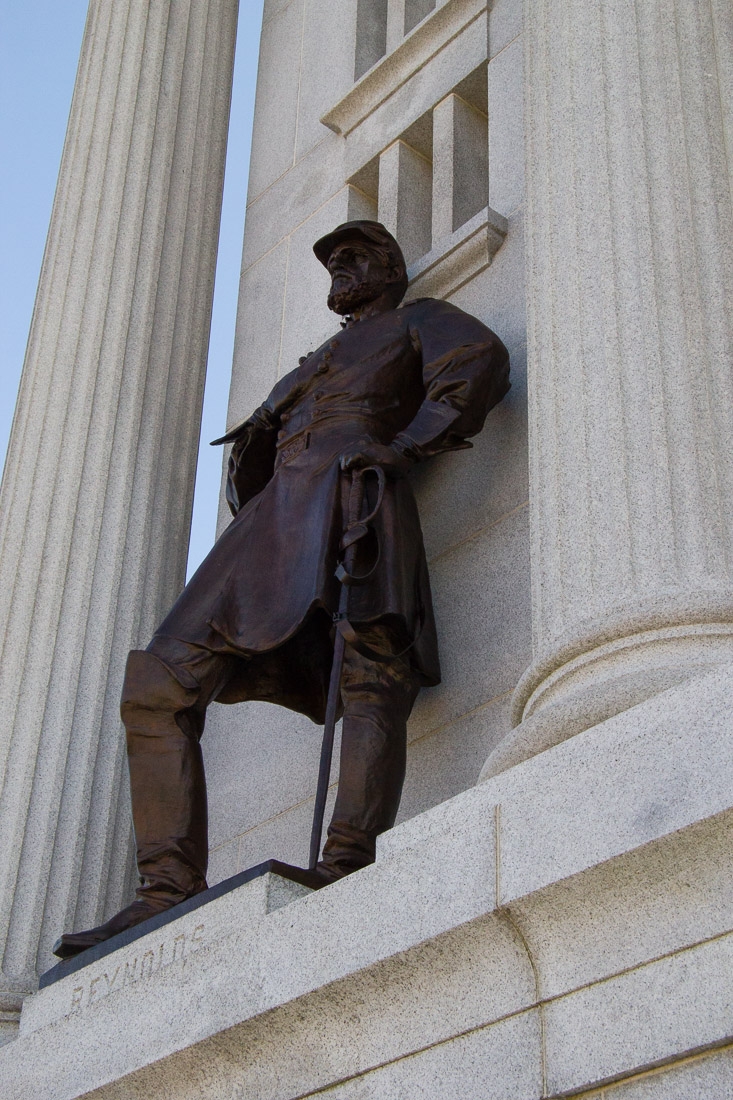 After the Battlefield, we purchased some souvenirs from the gift shop in the Visitor Center, and then drove to the Soldiers’ National Cemetery, which was just across the street from the Cyclorama building. 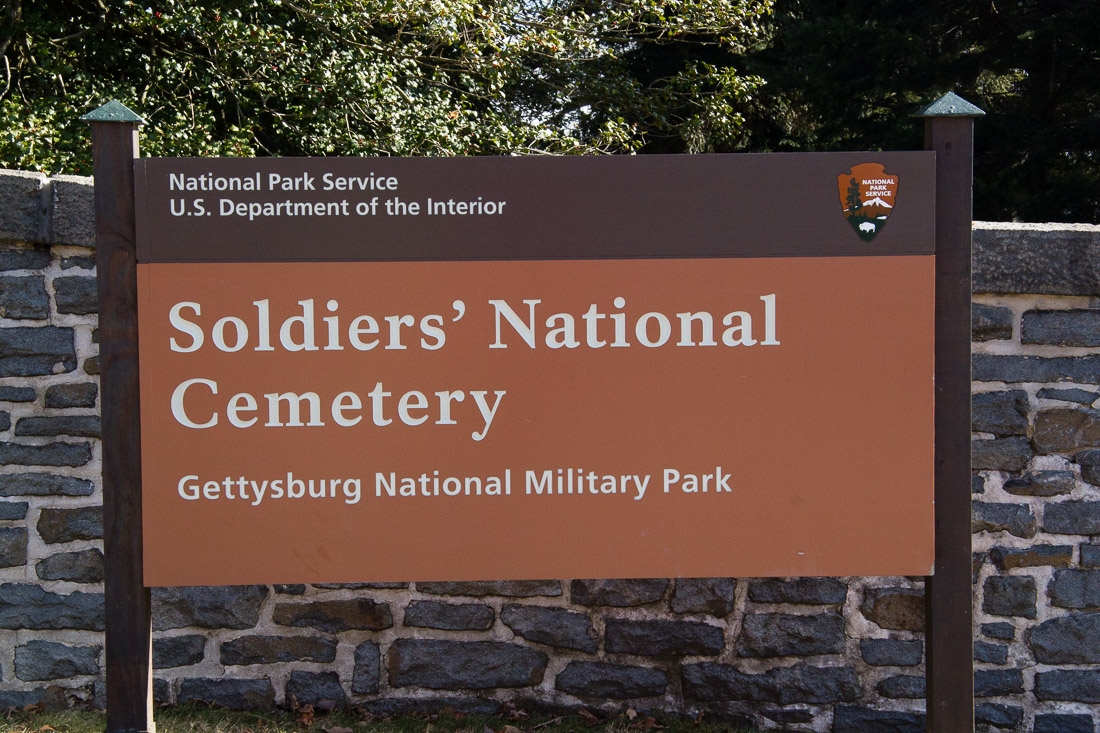 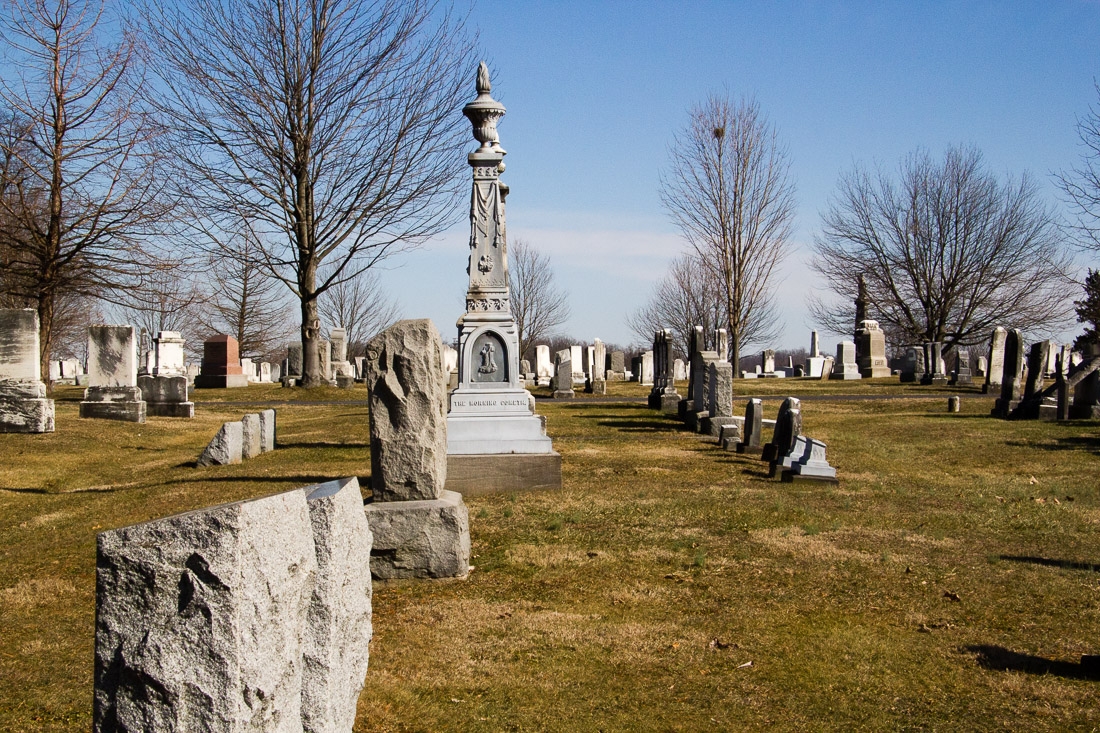 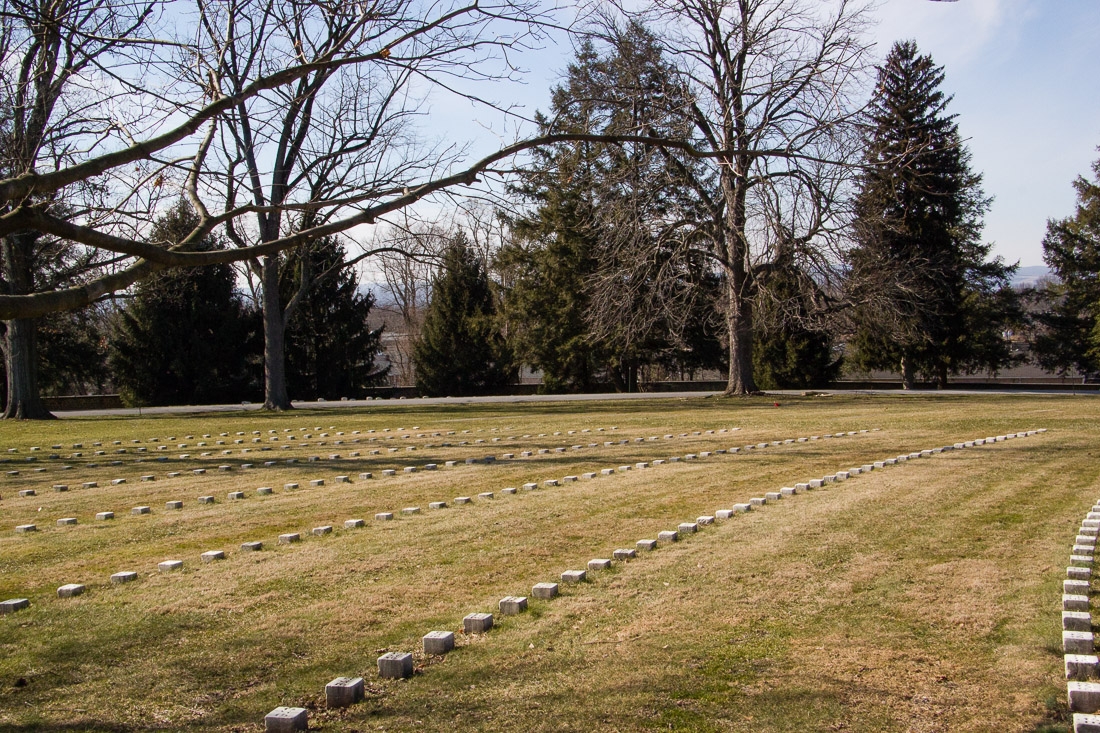 It was a really great trip, and I was so happy to finally visit a site that is of such importance to American history.

We stayed at the Lodges at Gettysburg, which we really enjoyed. My one disappointment was that they advertise a fireplace in their cabin, but it was just some fake fireplace stove. I was really looking forward to a fireplace in February in Pennsylvania!

We didn’t take any photos of the inside, but there were two beds, a kitchenette, and a really nice bathroom with amazing blue tile walls.

Here was our little lodge from the outside. 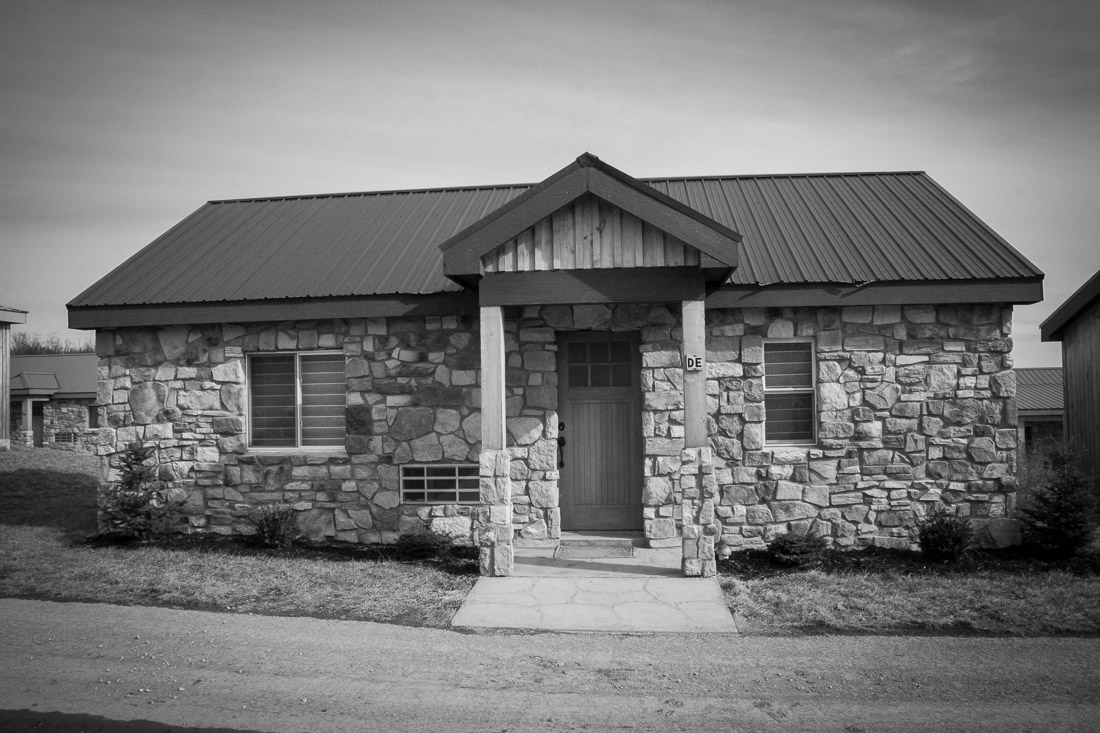 ** It wasn’t until after we left Gettysburg that we learned about the controversy that surrounds the circular building, actually called the “Cyclorama Building.” The building itself was very controversial because several memorials had to be moved to make way for the building. It appears to have been demolished shortly after our visit. 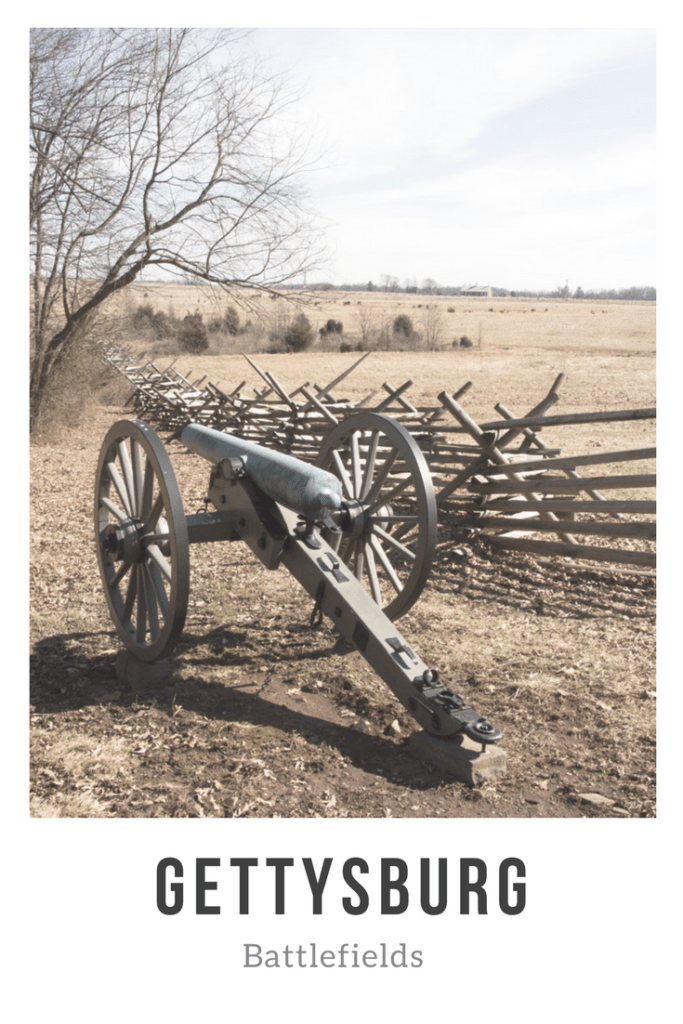 […] Gettysburg, which I mentioned in a previous Blast from the Past post that I didn’t visit until I was 32, I was a little embarrassed that, […]