This is a “Blast from the Past” post.  These posts chronicle our travels and other life events before we started blogging!

Last week, I talked about our first full day in Philadelphia. It was a crazy full day, consisting of Independence Hall, The Reading Terminal Market, Eastern State Penitentiary, and Longwood Gardens.

Our second day’s itinerary was not nearly as full. We checked out of our hotel in the morning, and drove this time instead of walking toward the Independence Hall / Mall area of Philadelphia. We found a reasonbly priced parking garage near the Liberty Bell Center. 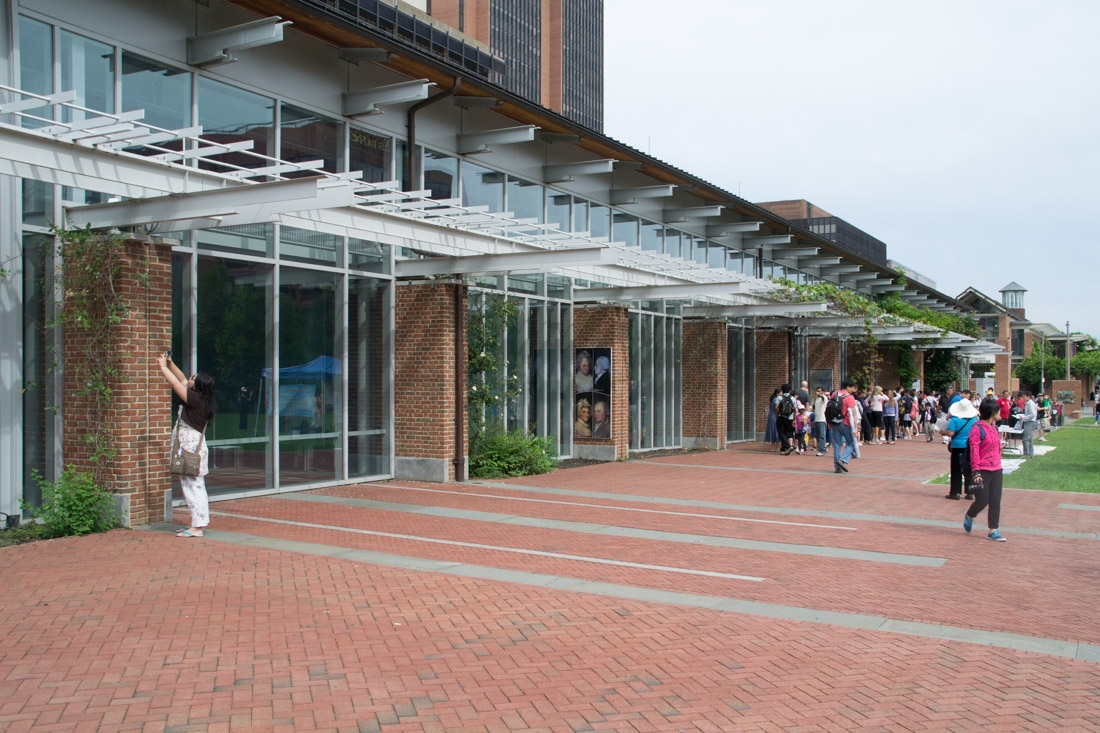 Once we got inside, it was evident that the building was really new. The building had in fact opened in 2003. As we walked towards the bell, we passed a number of interesting exhibits, like this x-ray image of the bell. 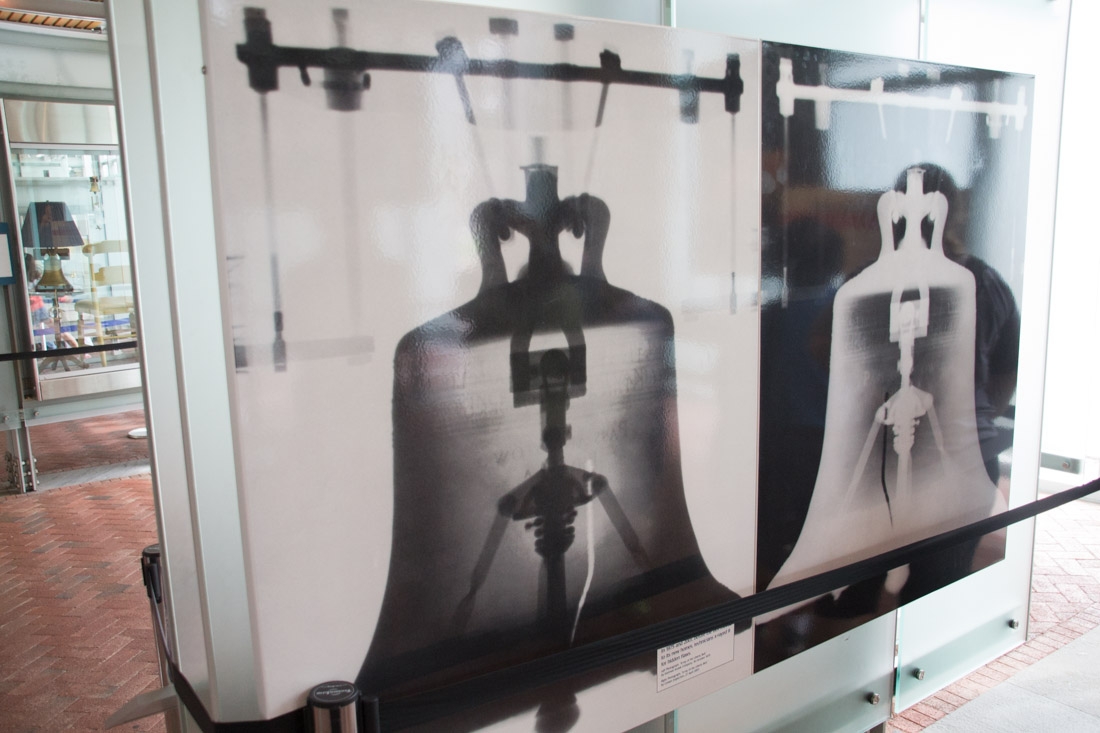 The bell has a storied history, and I definitely recommend reading more about it here. But essentially it was put in the tower of the Pennsylvania State House, taken down when preparing for a British attack in 1777, cracked (although no one quite knows when or how, just that it was probably between 1817 and 1846), put on display on the first floor of Independence Hall, nearly repaired, traveled to fairs and celebrations for 30 years, and then returned to Philadelphia. In 1948, the National Park Service took responsibility for the bell. Whew! Who knew!

It has been in its current location, the Liberty Bell Center, since that building opened in 2003. And as you can see, its a huge attraction! 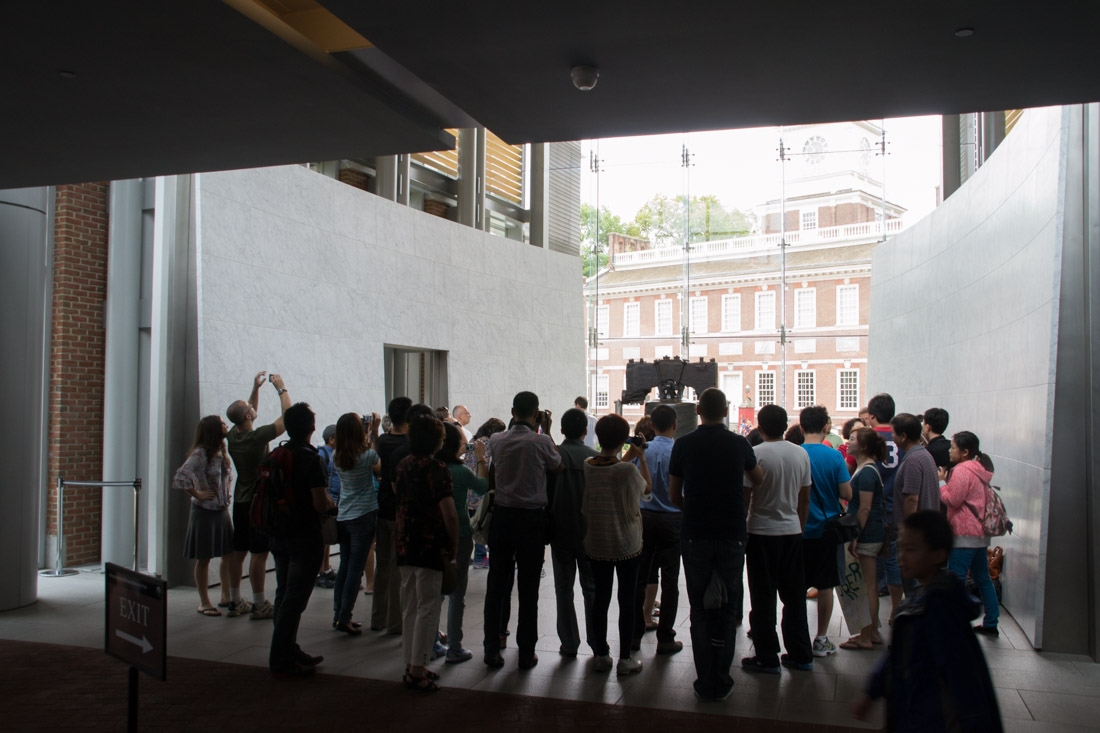 The Liberty Bell Center was designed so that there would be a clear line of sight from the bell in the building to its original location in the tower. I loved that you could look right out these huge windows and see the bell’s original home! 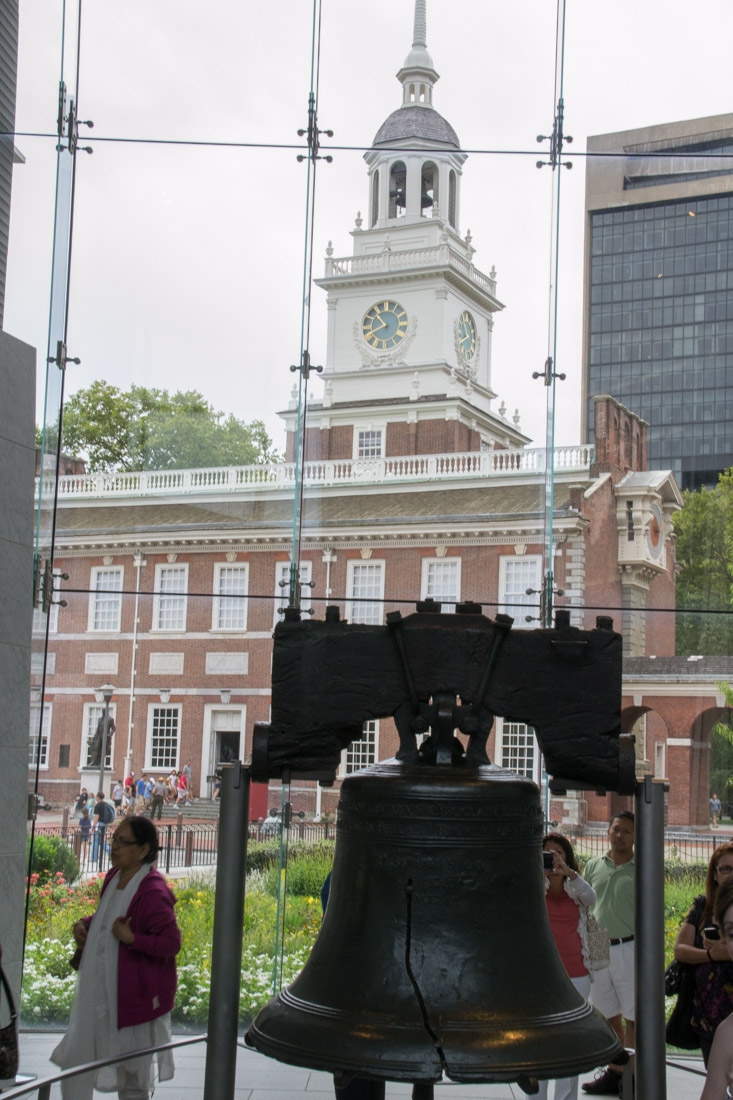 There were NPS rangers around to answer visitors’ questions. 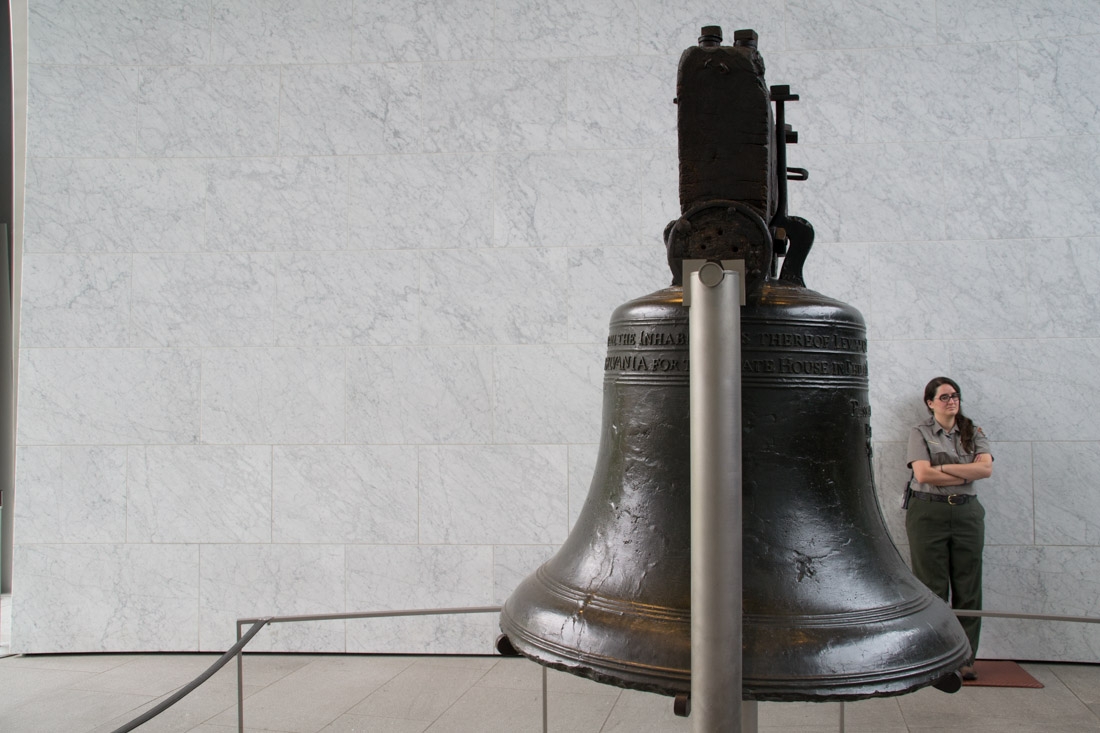 And we just walked around it quite a few times, taking lots of photographs! 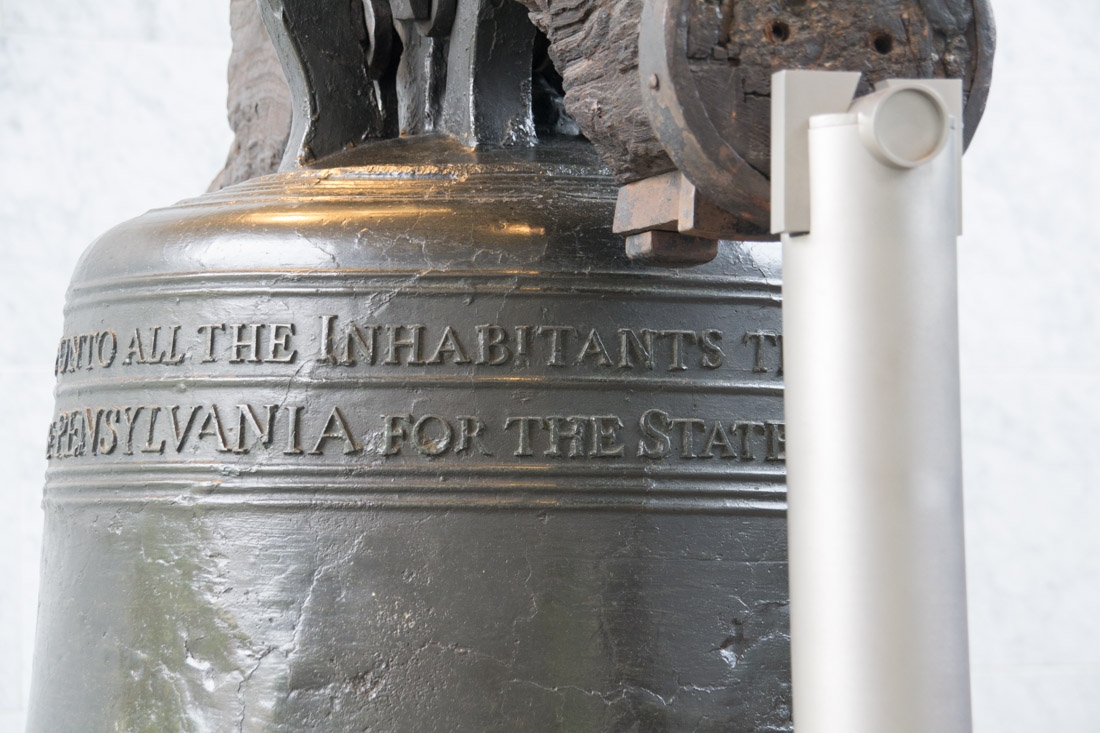 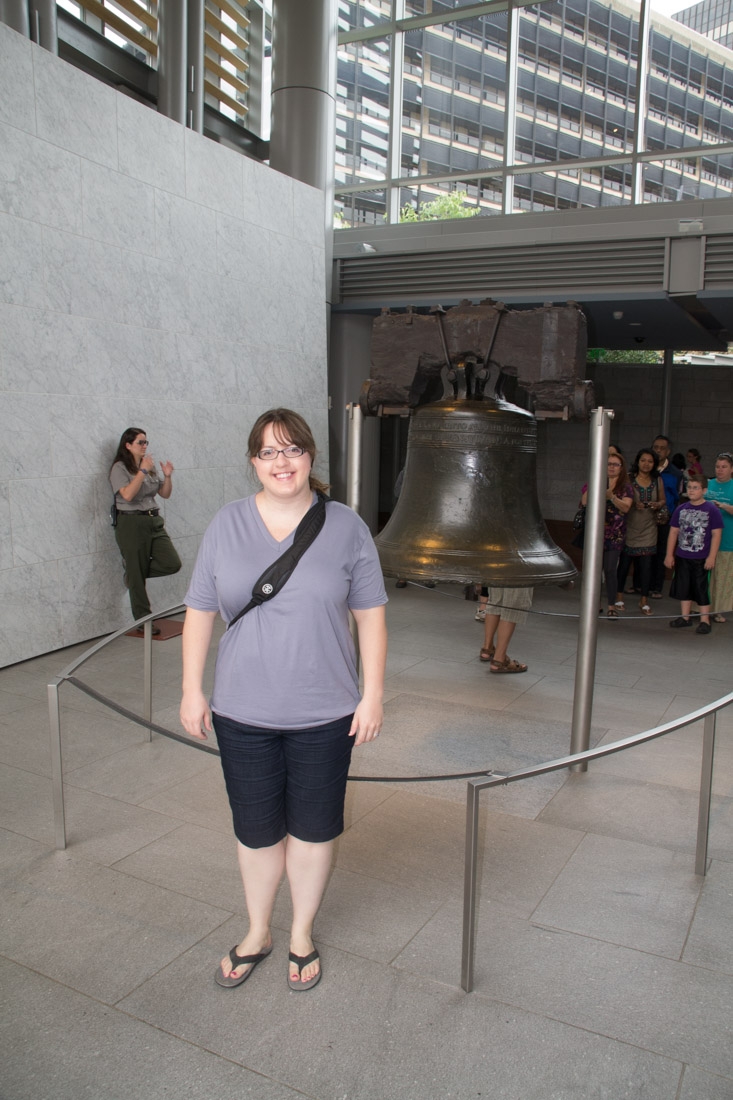 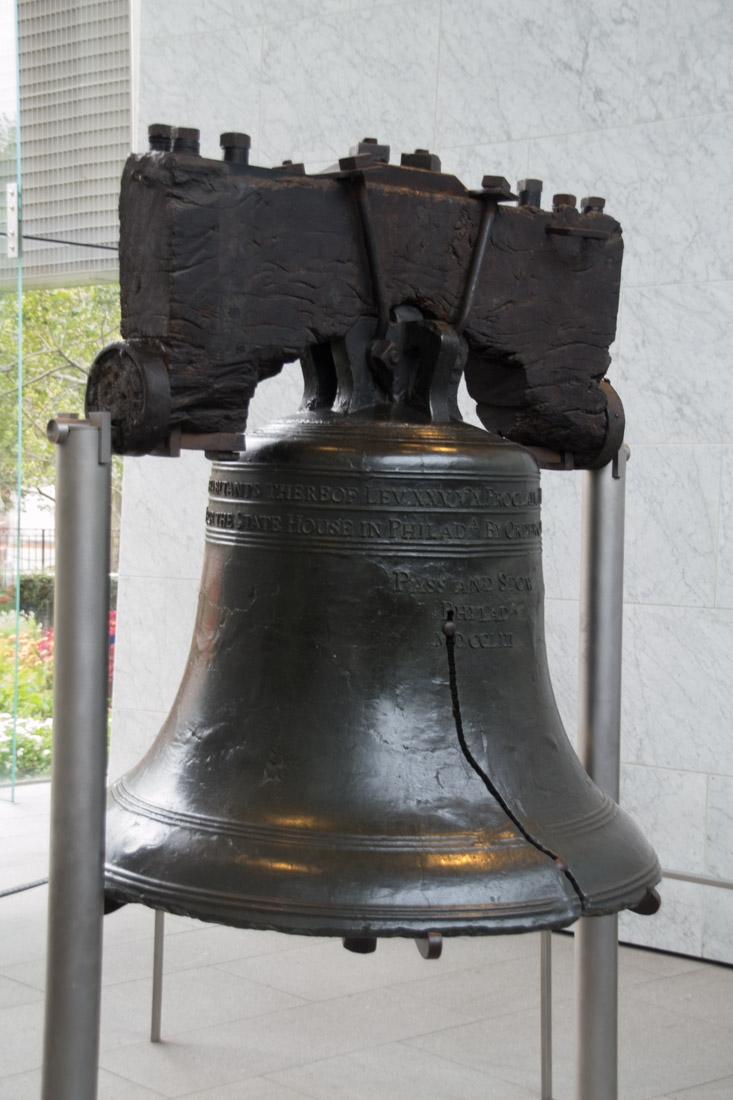 I must admit, the bell was a bit smaller than I expected. But it weighs 2000 pounds! I seriously don’t understand how they got this into a bell tower back in the day! 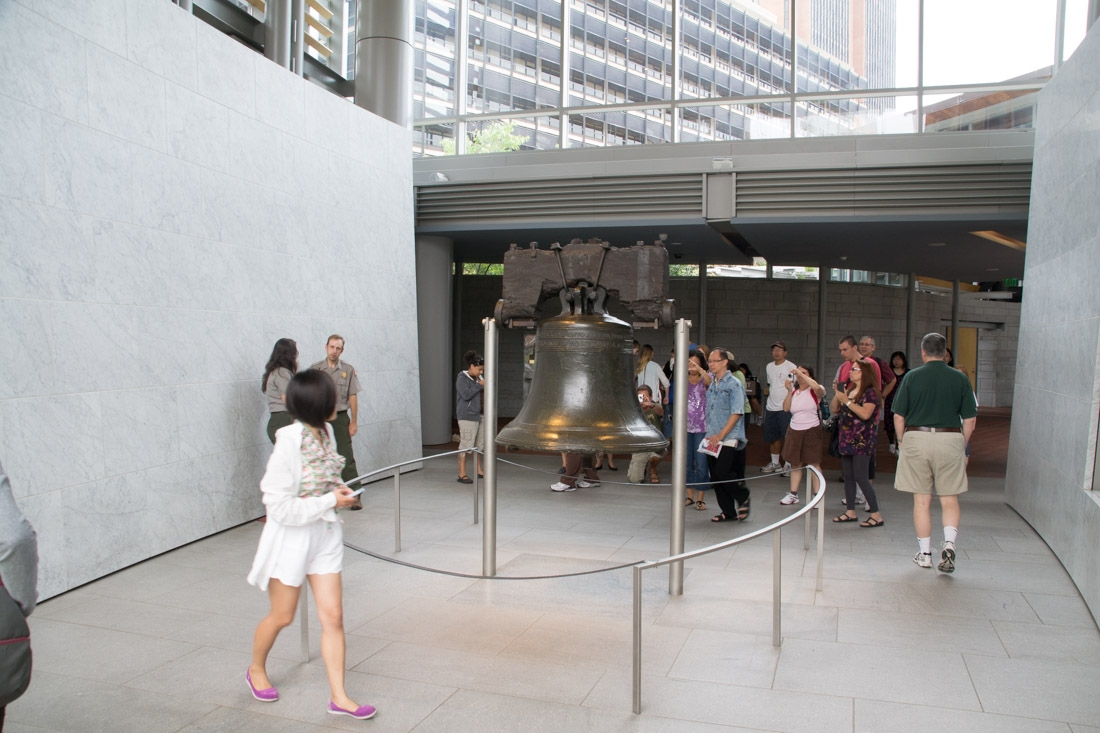 After we left the Liberty Bell Center, we walked up the “Mall” area a little bit. We learned that, during the excavation for the new Liberty Bell Center, remnants of “the original White House” were found! Historians knew that the footprint of the President’s House had been there, but they never located pieces of it. In fact, it was revealed that George Washington use to house slaves in these quarters, pictured here and still undergoing excavation. 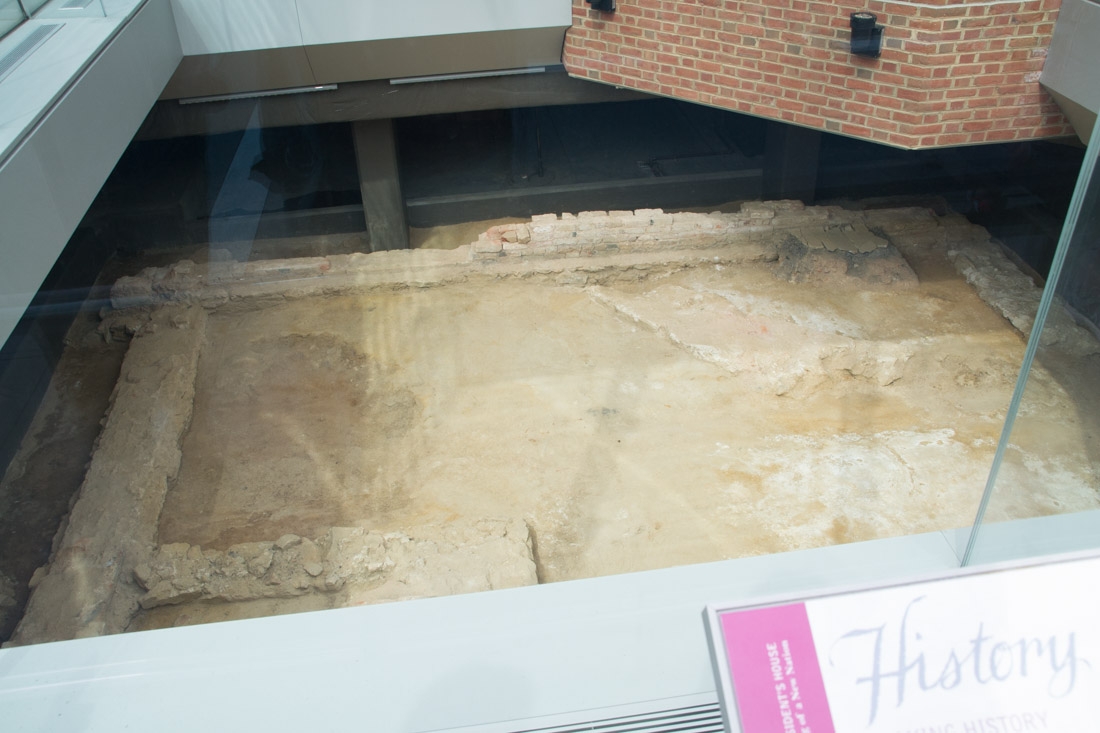 Once we finished walking around, we grabbed a quick breakfast sandwich at a nearby Dunkin Donuts, and then got back in our car to drive to the Philadelphia Museum of Art. 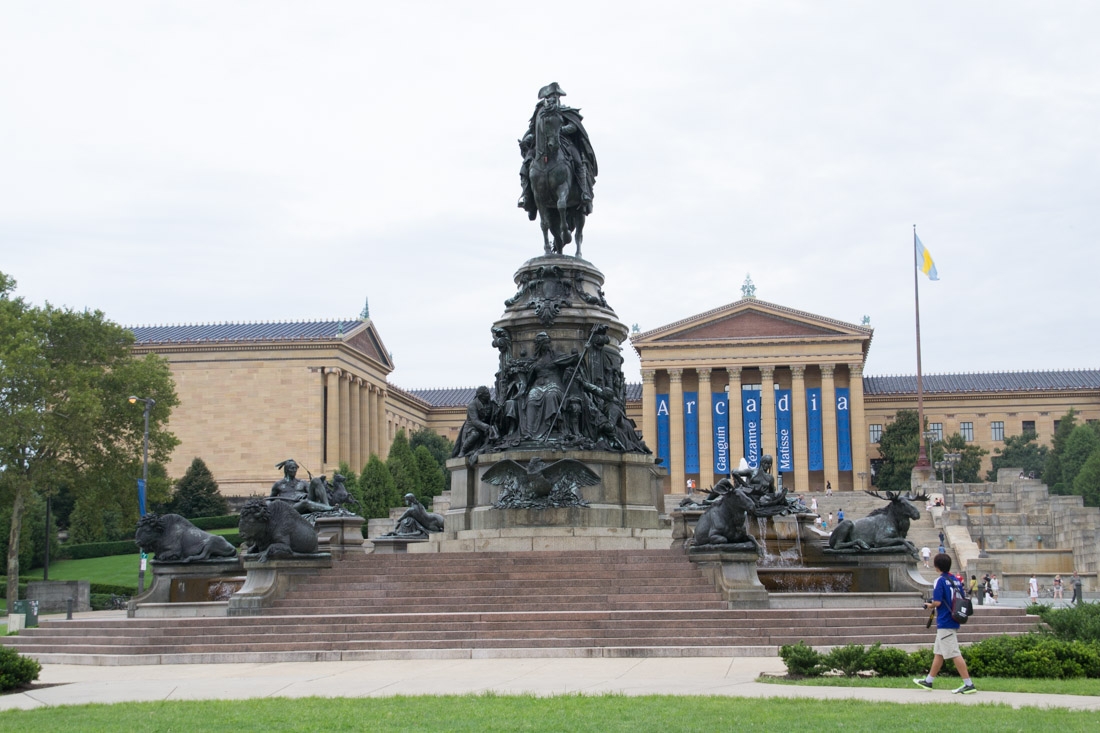 Does anybody know what the Philadelphia Museum of Art is famous for? I mean, besides of course its more than 200,000 pieces of art?

Its steps are informally known as the “Rocky Steps.” In the movie “Rocky,” he climbs these steps at the end of his inspirational training scene. 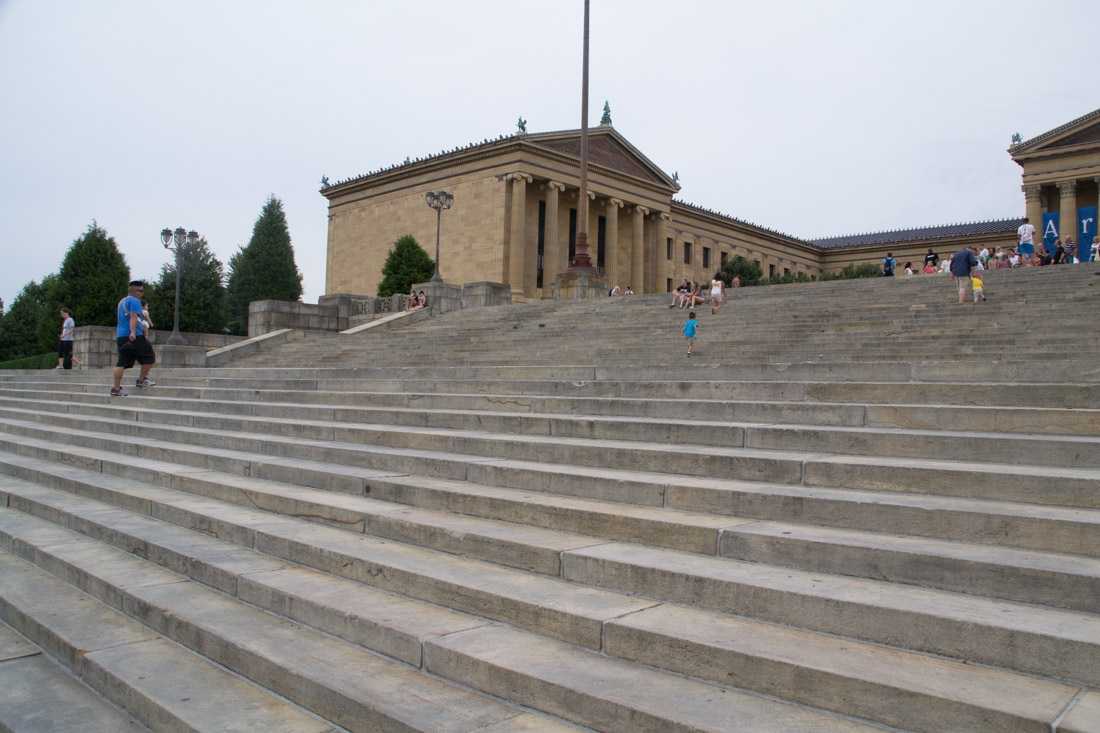 And lots of folks did the Rocky pose at the top!

There’s even a Rocky statue next to the Museum. 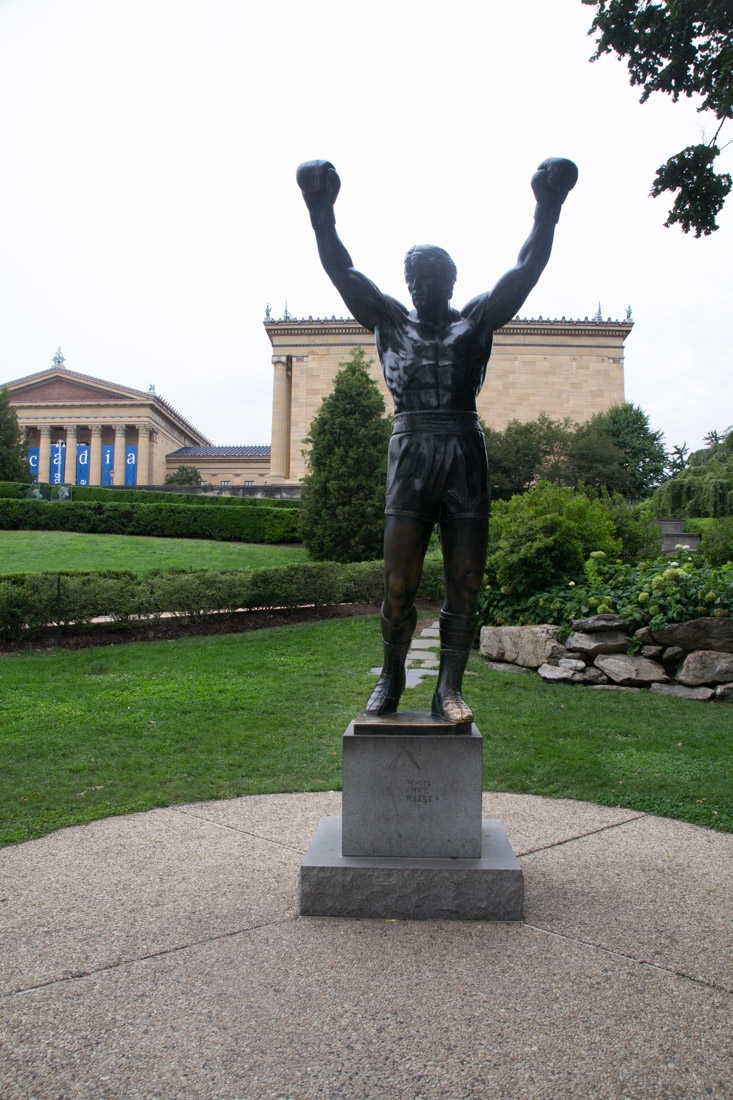 And the view of Philadelphia from the top of the steps was so impressive. 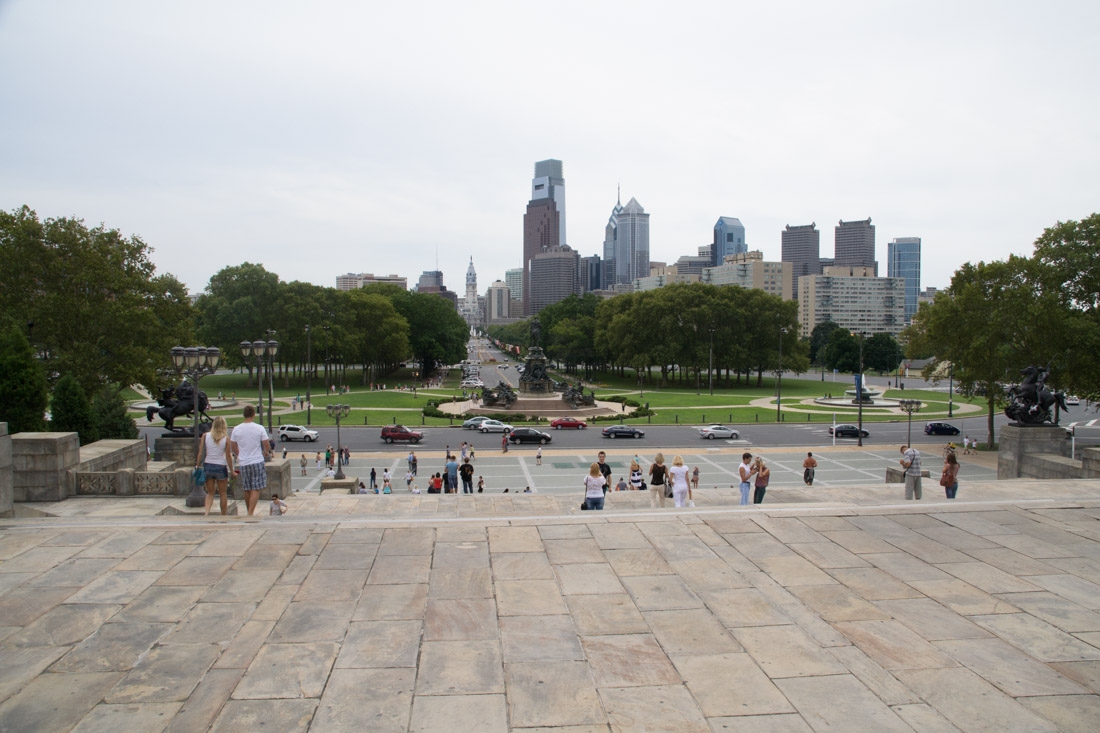 We bought two admission tickets, including tickets for their special exhibit called Arcadia they had going on at the time.

Photographs were allowed in the museum except in the Arcadia exhibit, but we only took a few pictures and just enjoyed walking around the huge museum and enjoying the art. 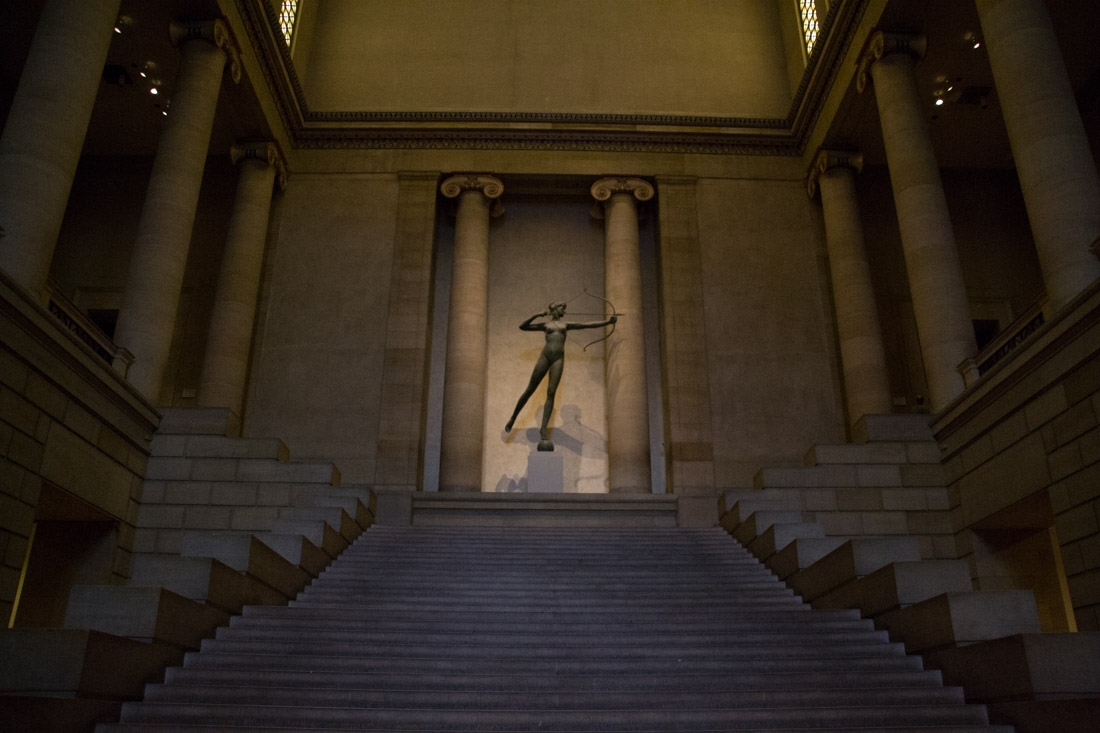 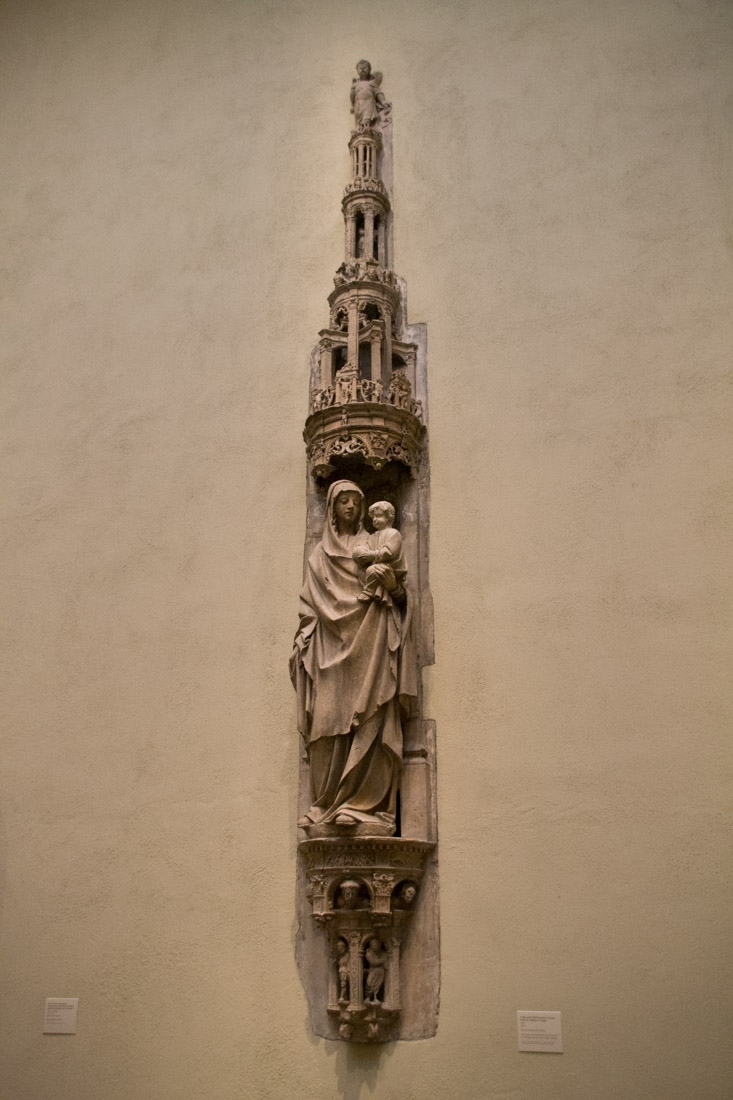 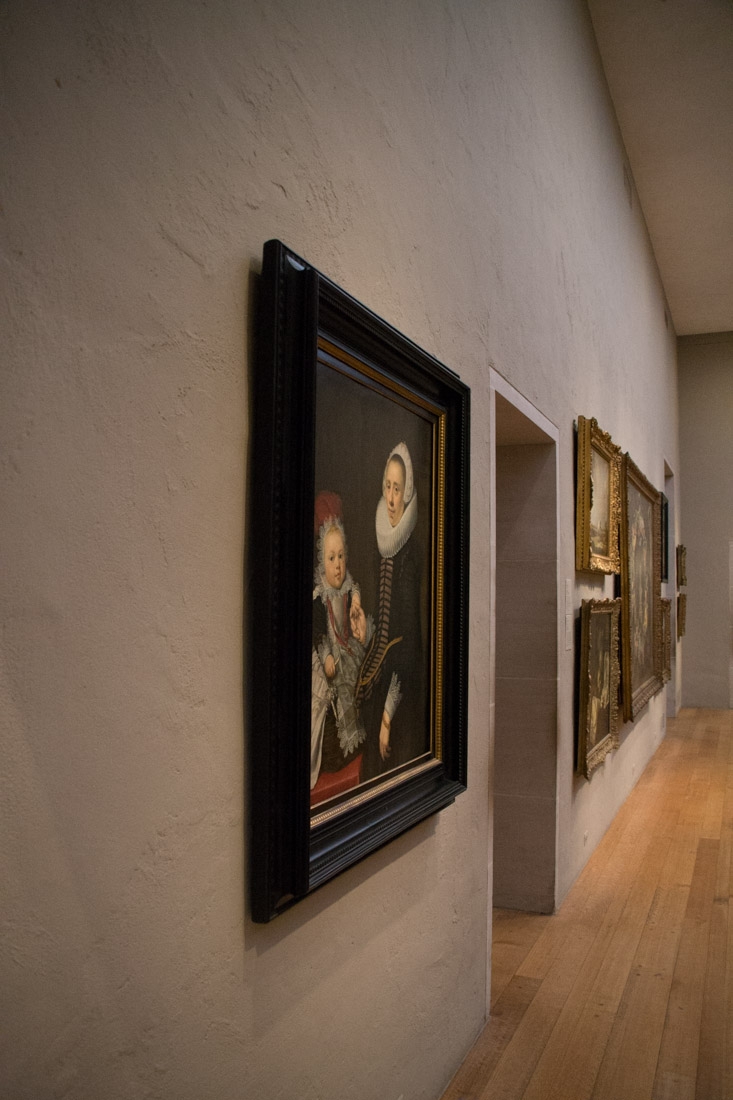 And that was it! We had jam packed many activities into our short two day stay in Philadelphia! Luckily Philly is only a 3 hour drive or so from DC, so it would be easy if we wanted to go back to see even more!

Our Day at EPCOT