I mentioned in passing a few times that we were thinking about going to Mardi Gras, and then that we had decided to go to Mardi Gras in 2016. 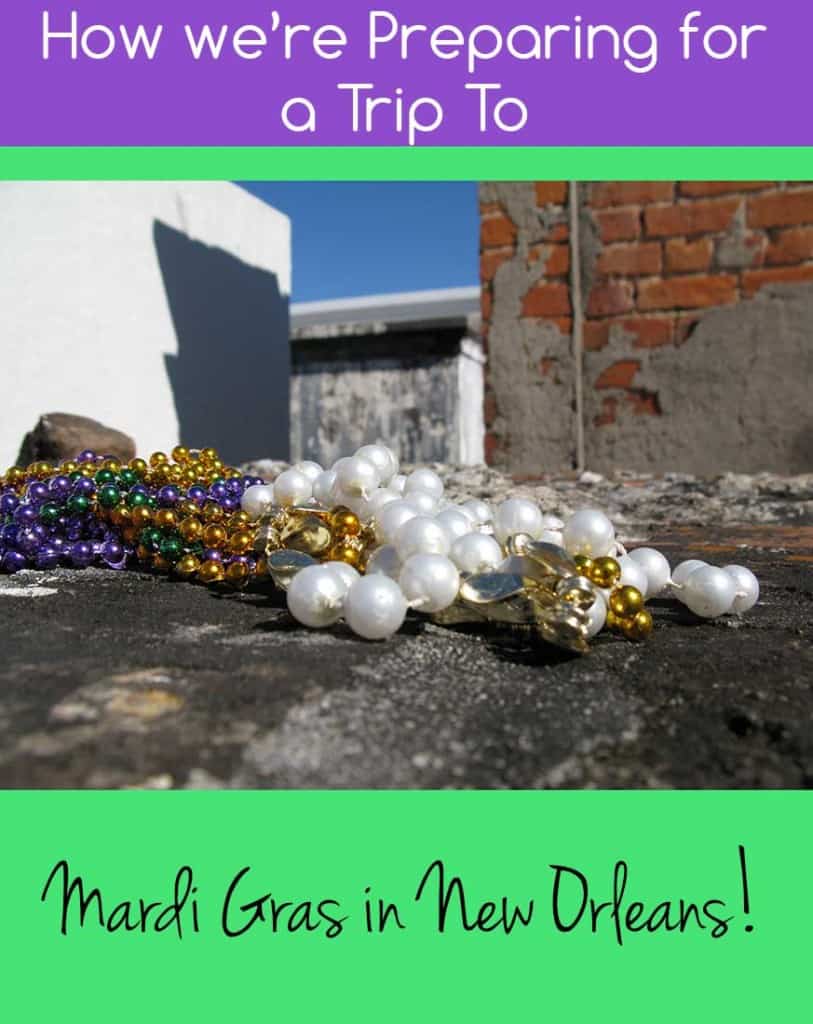 Surprisingly, it’s been difficult to find a good consolidated list of information about Mardi Gras.  For instance, where the best viewing stands are for the parades, which bars/restaurants have the best balcony options for bead throwing on Bourbon Street, and how crowded non-Mardi Gras events and venues (like the general tourist attractions) are during Mardi Gras.  It’s a bit frustrating for the compulsive planner that I am, but alas, it will be just fine.

In the absence of solid information, here is what I’m doing to prepare:

1) Well, first and foremost, we love taking photographs.  So, I wanted to make sure we had a decent vantage point for taking pictures of all the parades!

2) I don’t like the idea of having to arrive at a parade route 4+ hours in advance to save a good spot.  I’d rather use that time to see other sites in New Orleans!  Having tickets for a dedicated spot will allow us to arrive pretty much whenever before a parade starts and have a good viewing location!

3) I like the idea of having a place to sit if our legs get tired as the parade route passes.  (I’ve found that some viewing stands are bleacher-like seats, while others are just platforms with no seating.  I’ve been making sure to book the ones with bleacher seats!  Even if people stand on the bleachers as the parade starts, we can still grab a seat.)

4) Although the grandstands will be filled with people, I figure it will be LESS crowded than the streets and sidewalks, and that we won’t constantly be getting bumped into or anything.  That’s just not my cuppa tea.

I figure, if the parades really are THAT much more awesome in the midst of the crowds on the sidewalk, we can just cut our losses on the price we paid for the viewing stands and head down to the sidewalk.

Naples and Pompei, Italy – Europe 2010 (Blast from the Past)

Getting a Lip Biopsy Test for Sjogrens Syndrome...