When I first started researching things to do in New Orleans during Mardi Gras, a Bourbon Street balcony experience was near the top of my list. But, strangely, it was difficult to find any consolidated information on the different balcony options during Mardi Gras. I was able to find like two or three options, but that was it. 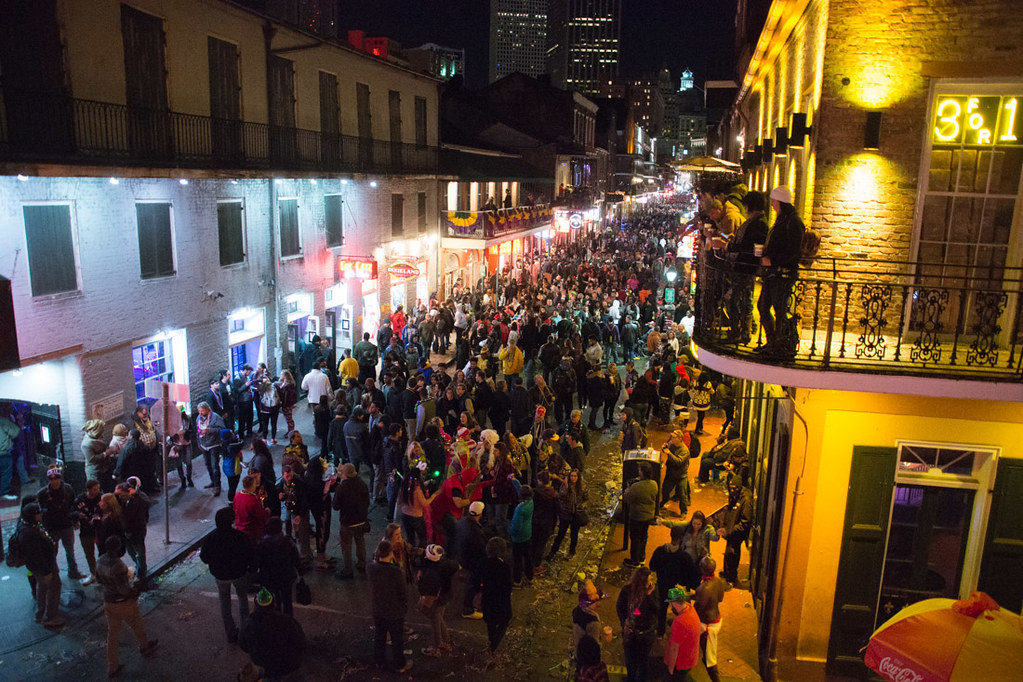 I actually resorted to Google Street View. I’d look at the names of the restaurants and bars along Bourbon Street, see if they had a balcony, and then google the name of the resturant. Then, I’d email the restaurant for information. I must’ve emailed like 15 places. And not a single one ever responded.

One of the balcony options that I had consistently seen all along was Bourbon Vieux. They had pictures of their balcony party, online ticket ordering, and other good information available. It just seemed SO DAMN EXPENSIVE. That is why I wanted to comparison shop a little bit. But, since no other places ever responded to my inquiries, I went ahead and booked Bourbon Vieux.

I was really happy with that decision!

There was plenty of seating available inside. (One of the more common complaints in the online reviews for Bourbon Vieux was that they oversold their balcony parties, leaving people without seats.). I’m pretty lazy, so the idea of having to stand for 5 hours straight at party was not appealing. But, luckily, my worries were unfounded!

Inside the Balcony Party at Bourbon Vieux

Ken and I sat at a small round table inside Bourbon Vieux. The decor was great, and I thought the lighting was really well done and added a lot of Mardi Gras ambiance! 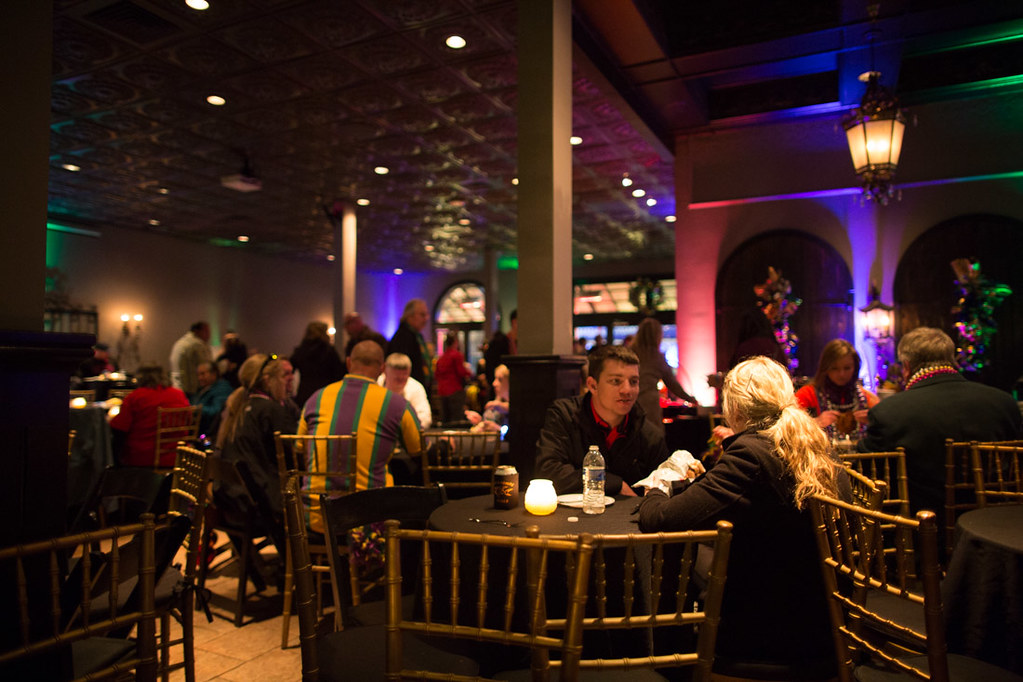 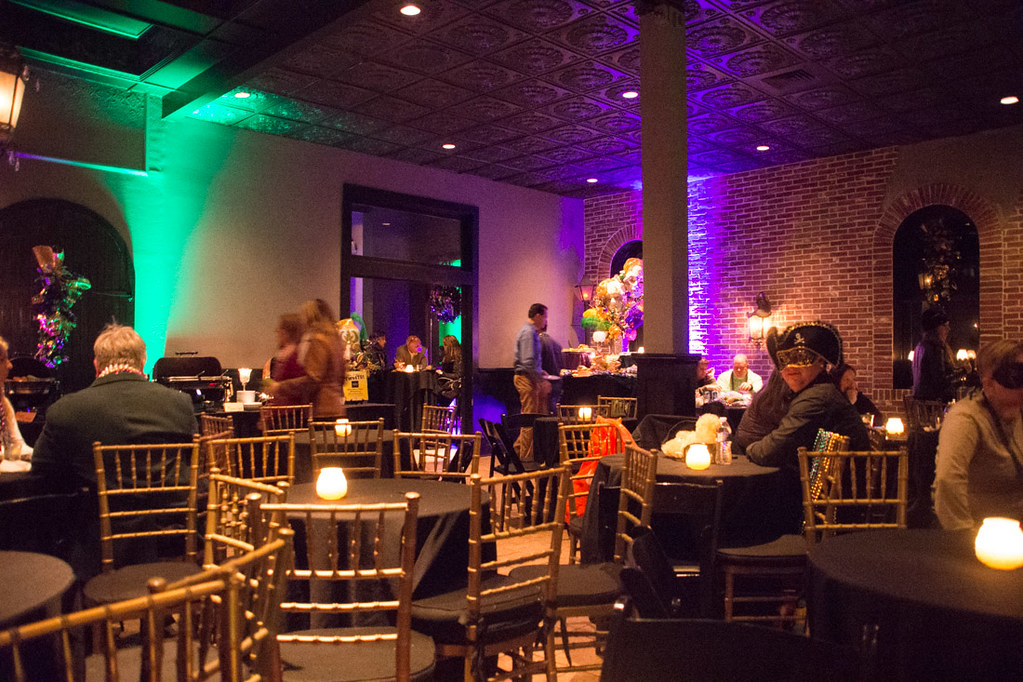 There were quite a few people at the party, but many tables were empty, so I definitely don’t think it was a sellout. 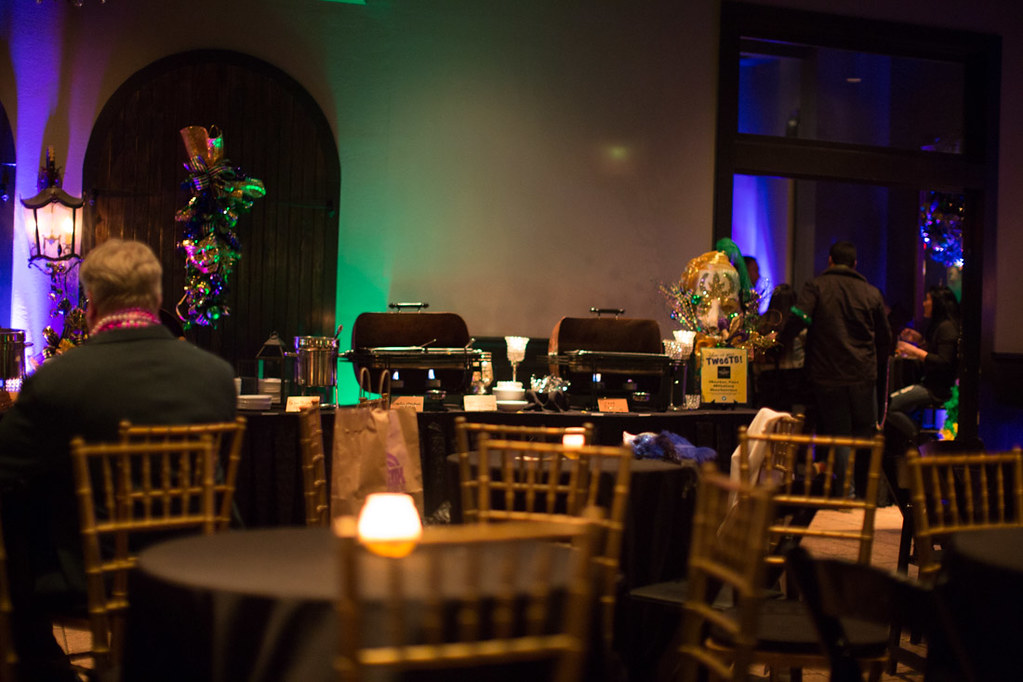 There was a good food spread set up. 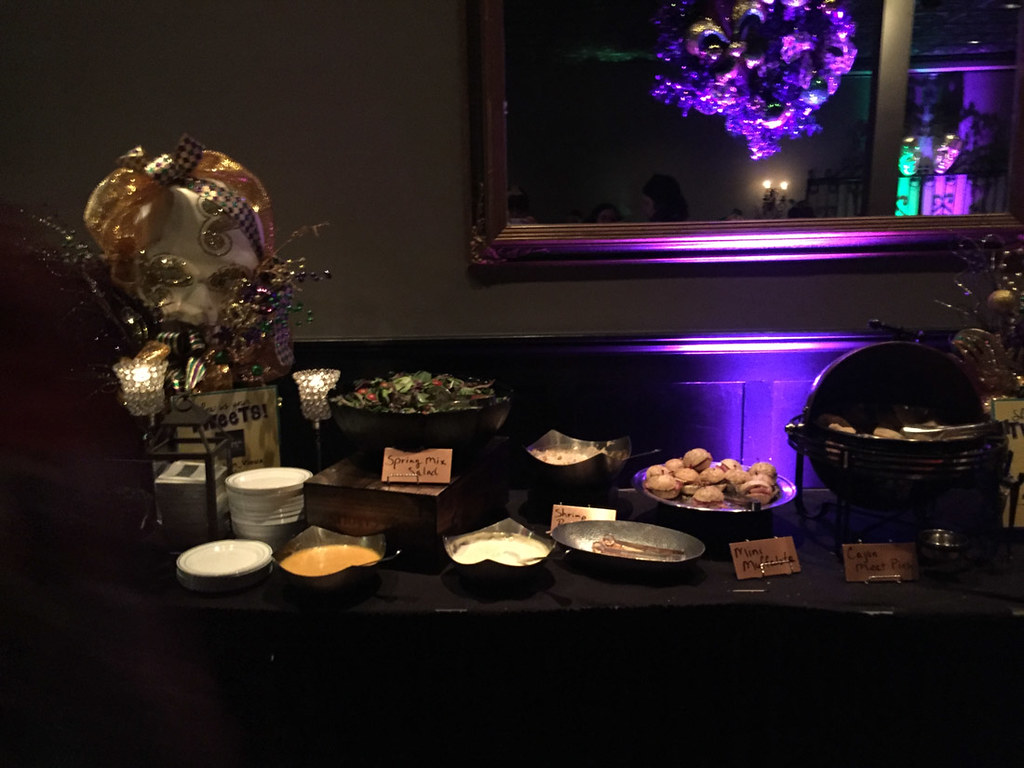 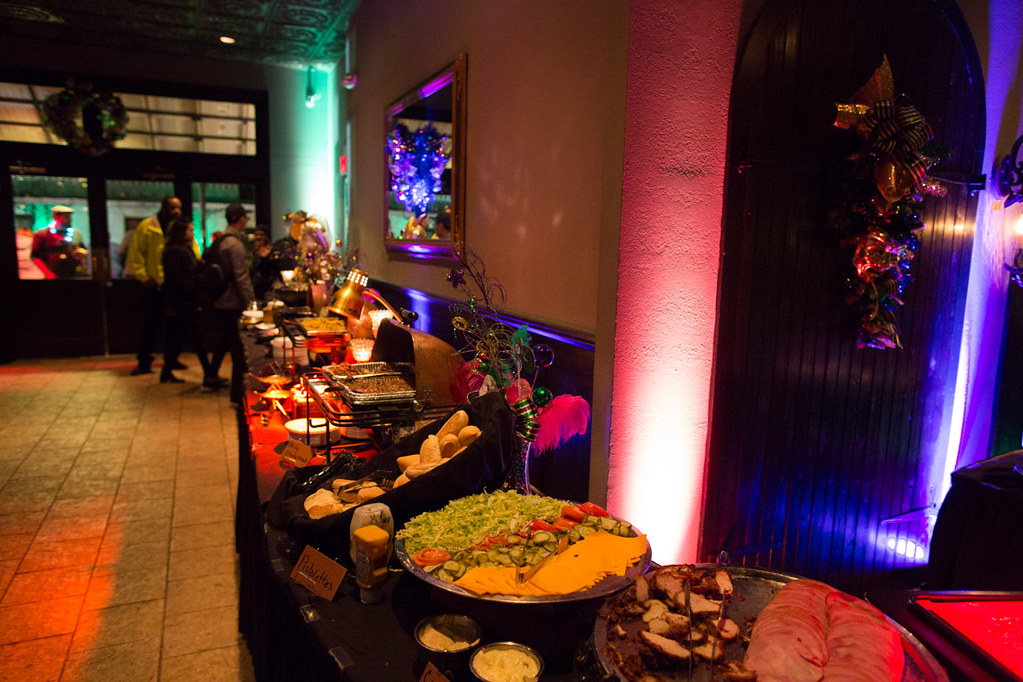 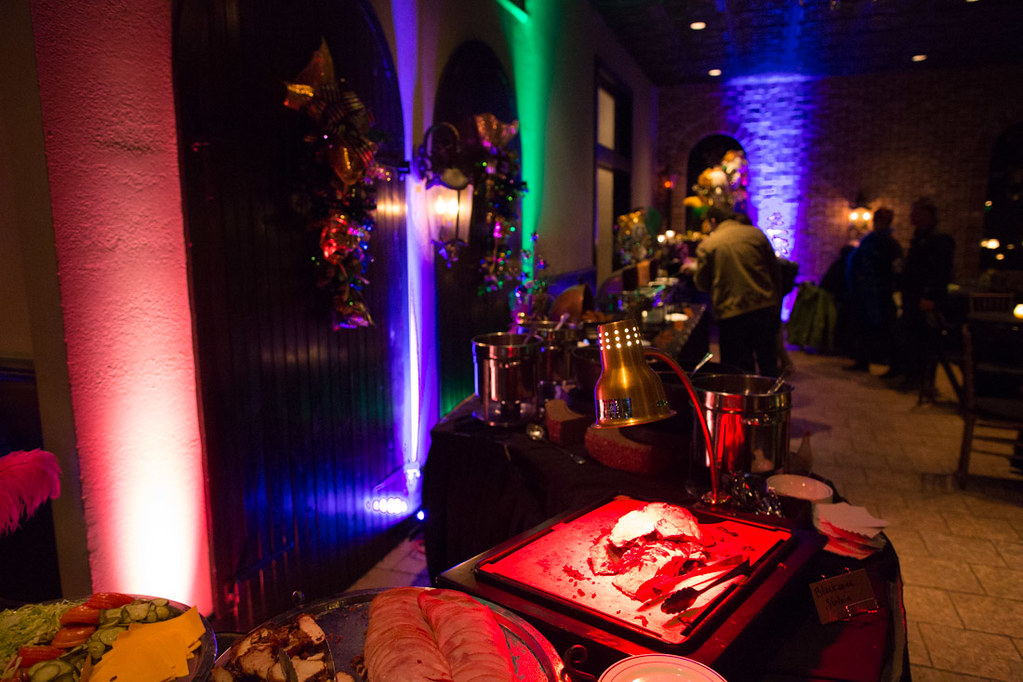 There was also a dessert table, which unfortunately I didn’t get a picture of, that included different desserts including New Orleans’ famous King Cake!

The bar was well stocked and luckily there was never a long line. (The Bourbon Vieux balcony party included all food and beverages, including alcoholic beverages). 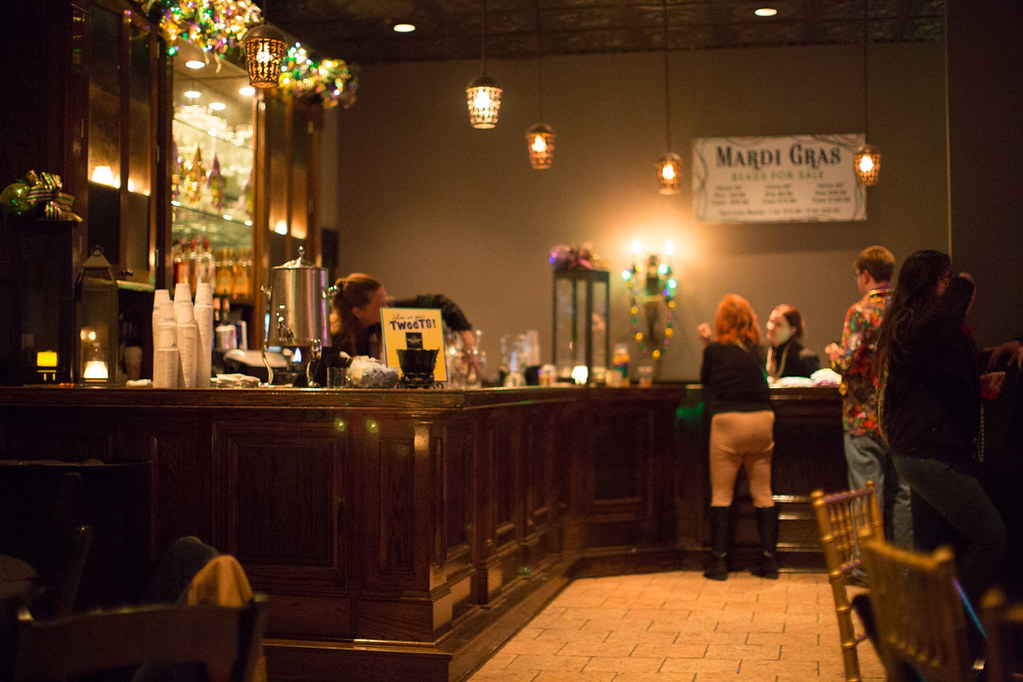 They also had beads for sale at the bar. We had bought some beads from Oriental Trading Company to bring with us to Mardi Gras. We figured that beads in New Orleans during Mardi Gras would be at crazy inflated prices. However, the beads we ordered online were pretty junky and tangled easily. So, we did end up buying some of the nicer beads they had for sale at Bourbon Vieux. (The junky beads we brought with us are on the right). 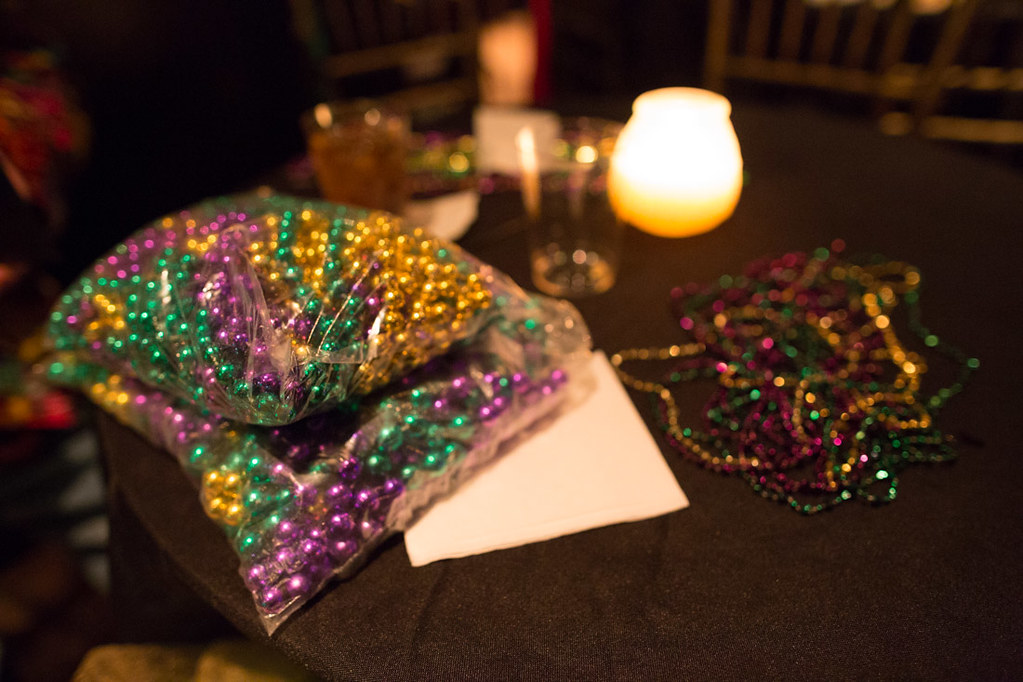 Okay, so let’s get to what REALLY matters at a Mardi Gras Bourbon Street balcony party … the BALCONY!

(You could, of course come inside at any time regardless of what color you were wearing. It was just a restriction on who could go outside to the balcony. That was good because, like I mentioned in previous Mardi Gras posts, it was quite cold during our time there! Sometimes 45 minutes outside would be too much! There were space heaters just on one section of the large balcony)

Here’s how the balcony looked: 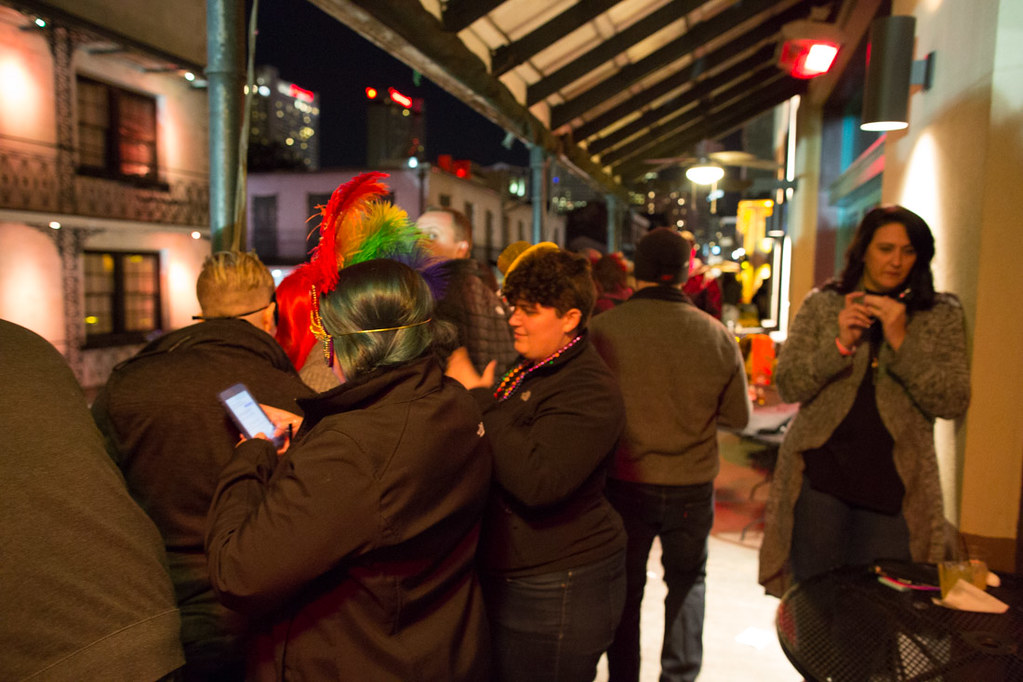 We were generally able to get right up to the balcony railing. But sometimes not, we’d have to squeeze in after somebody abandoned their spot. But it never felt overly crowded or annoying.

We had a great view down Bourbon Street:

And we had lots of fun throwing beads to the folks down below. 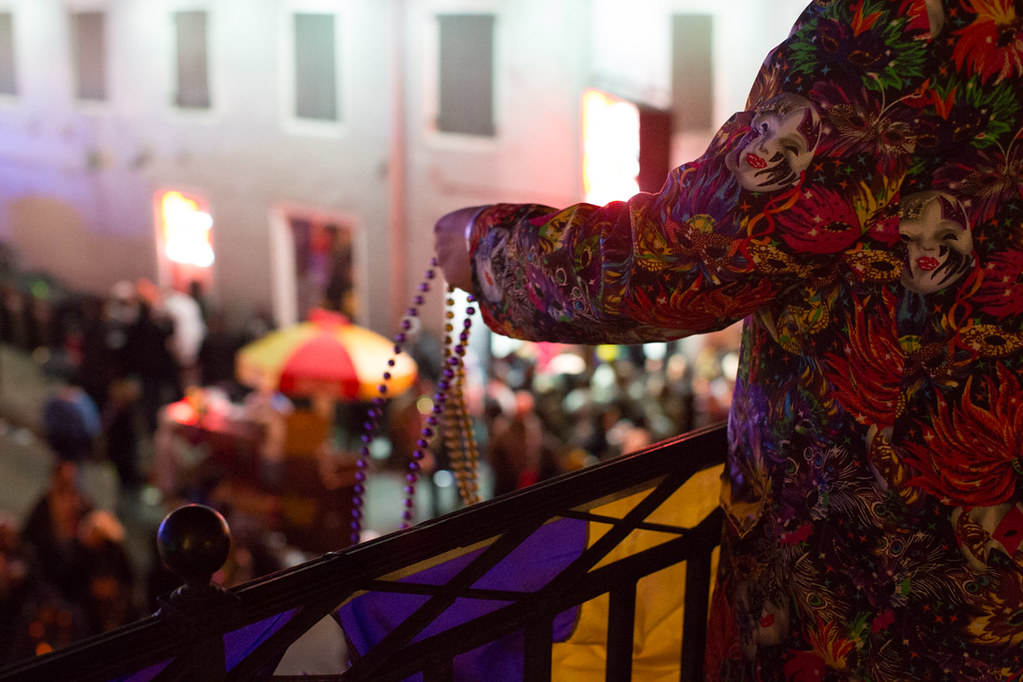 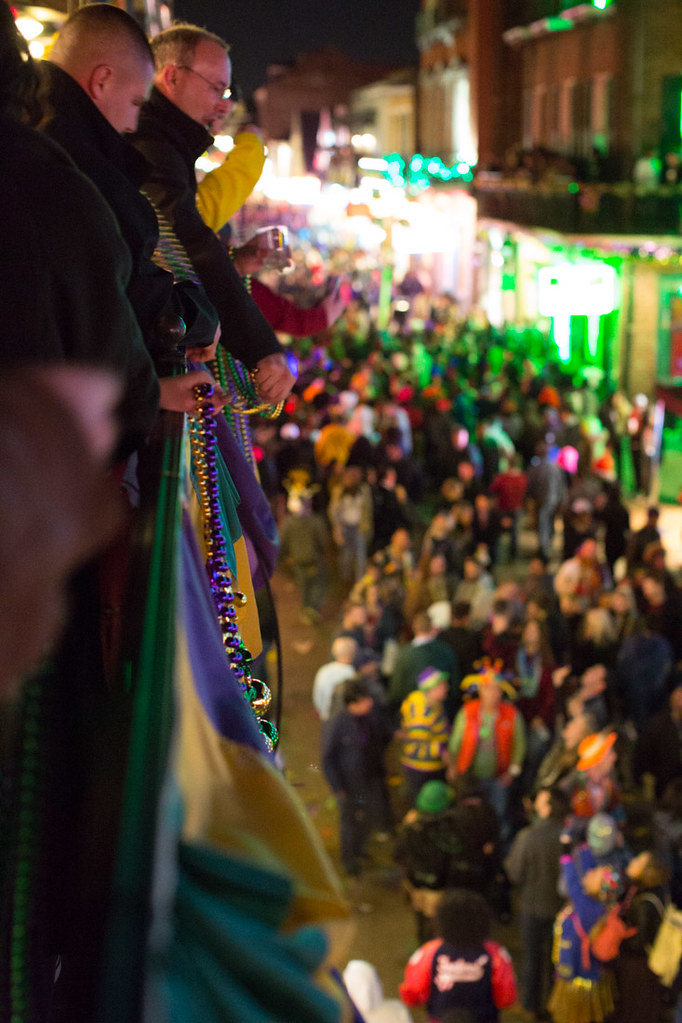 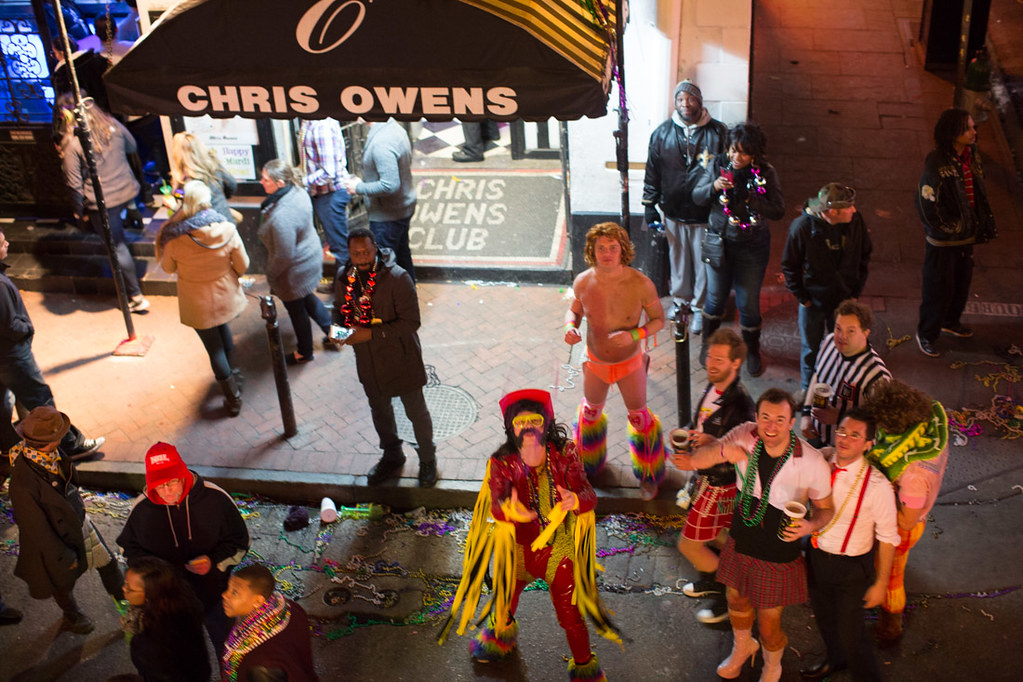 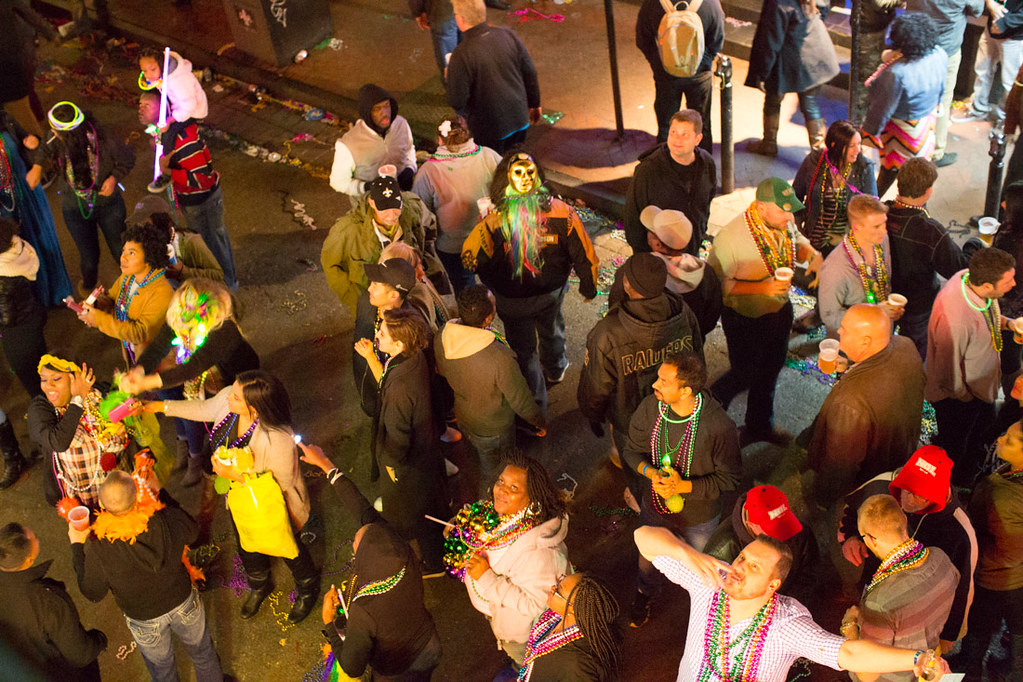 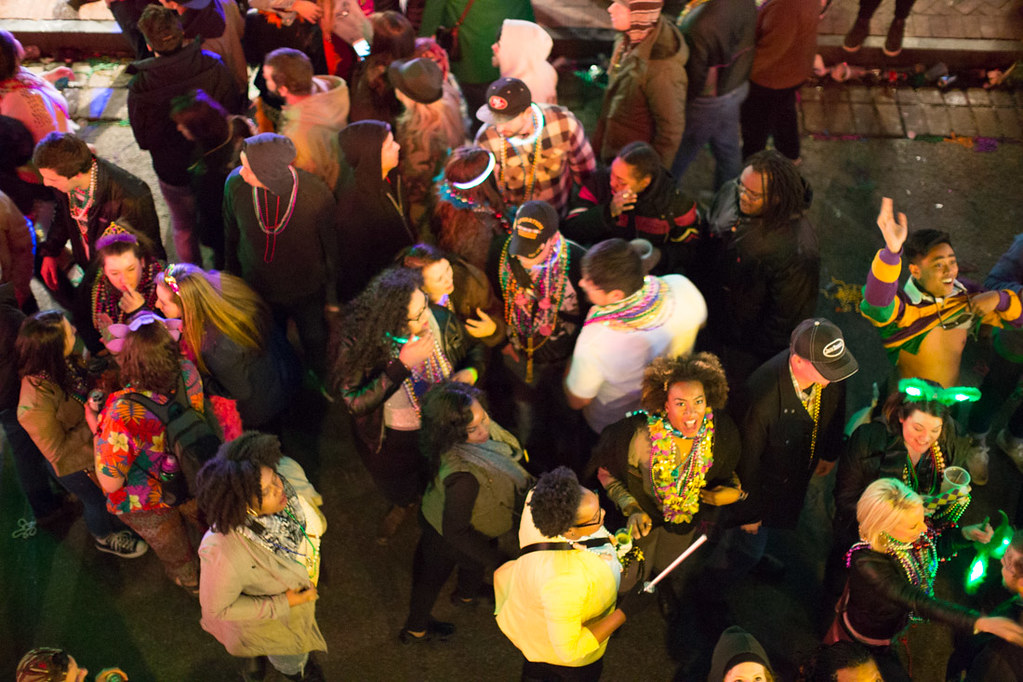 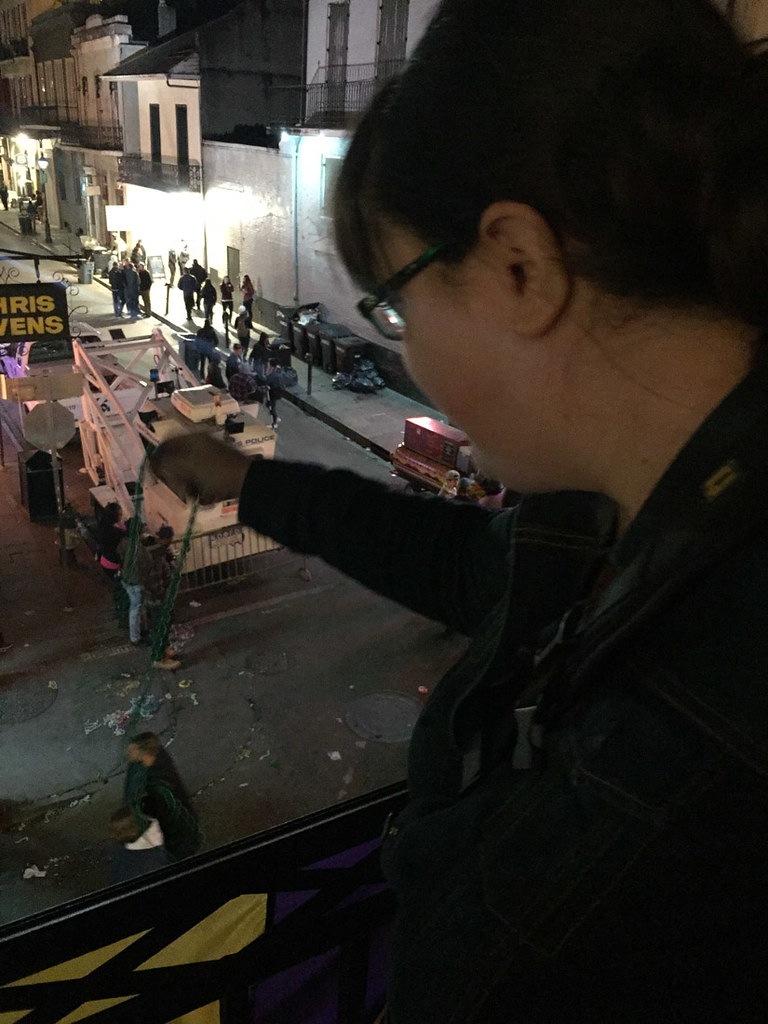 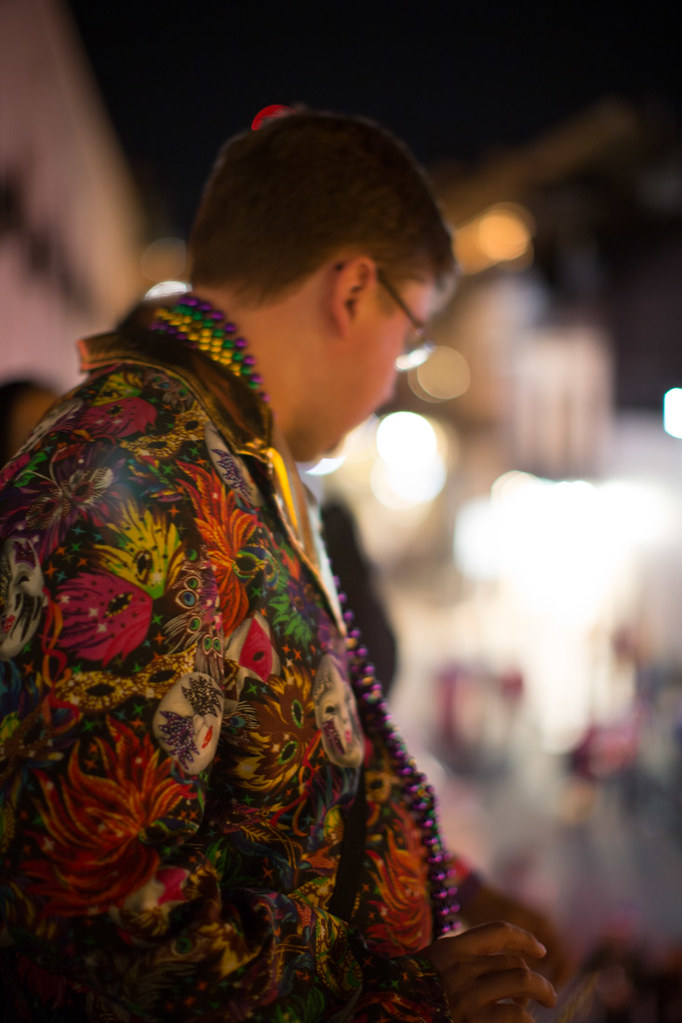 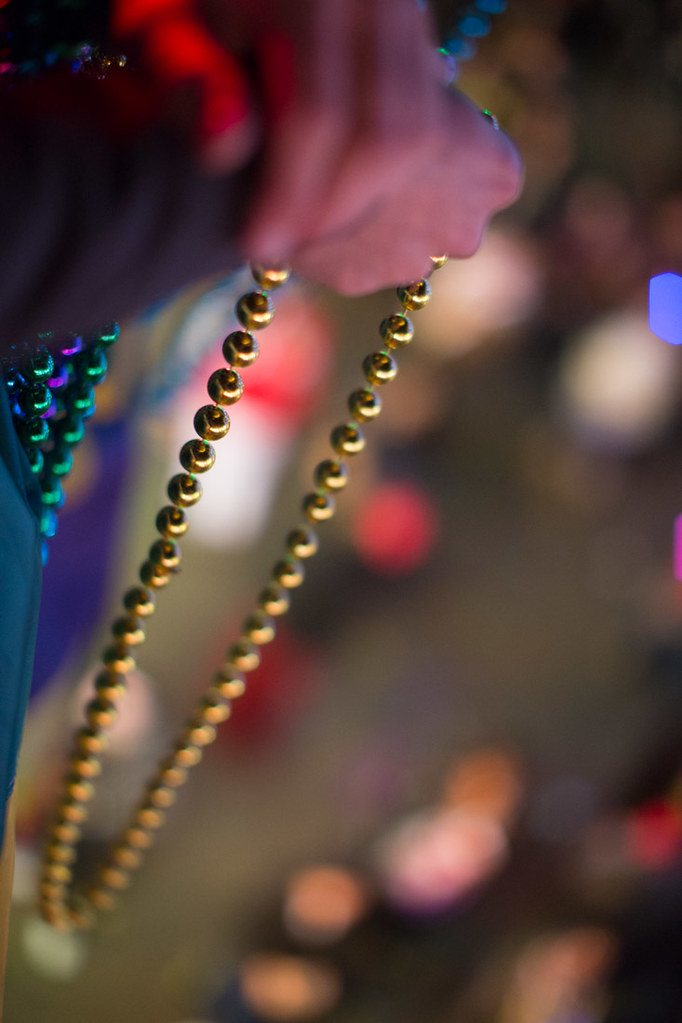 And, as had been the recurring theme of what we saw during Mardi Gras, lots of religious stuff. A bunch of men in red hats carrying a cross down Bourbon Street: 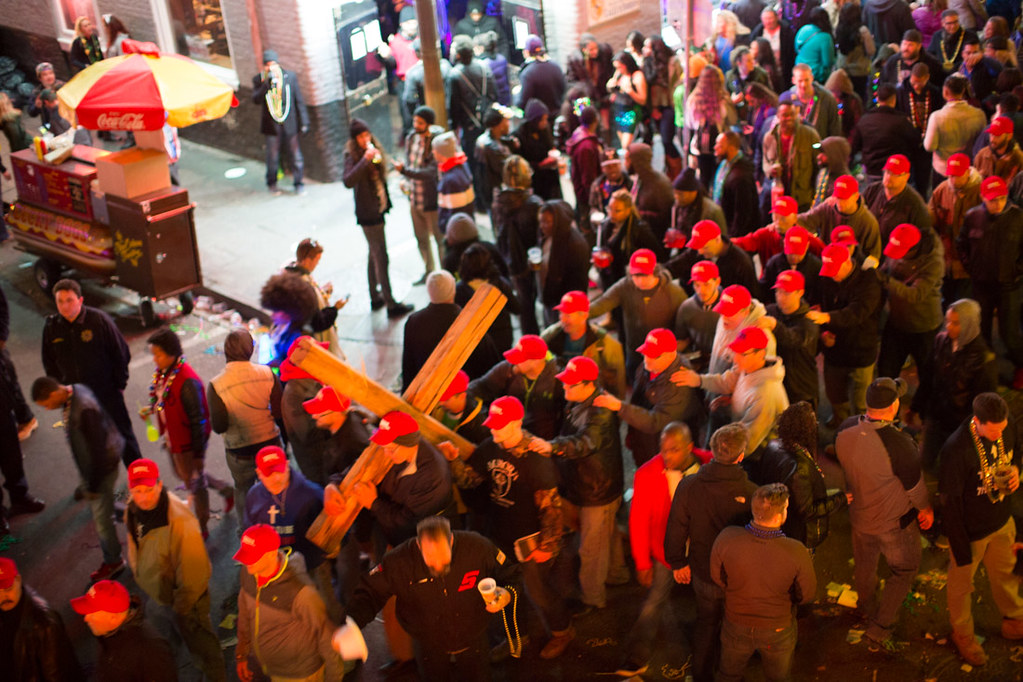 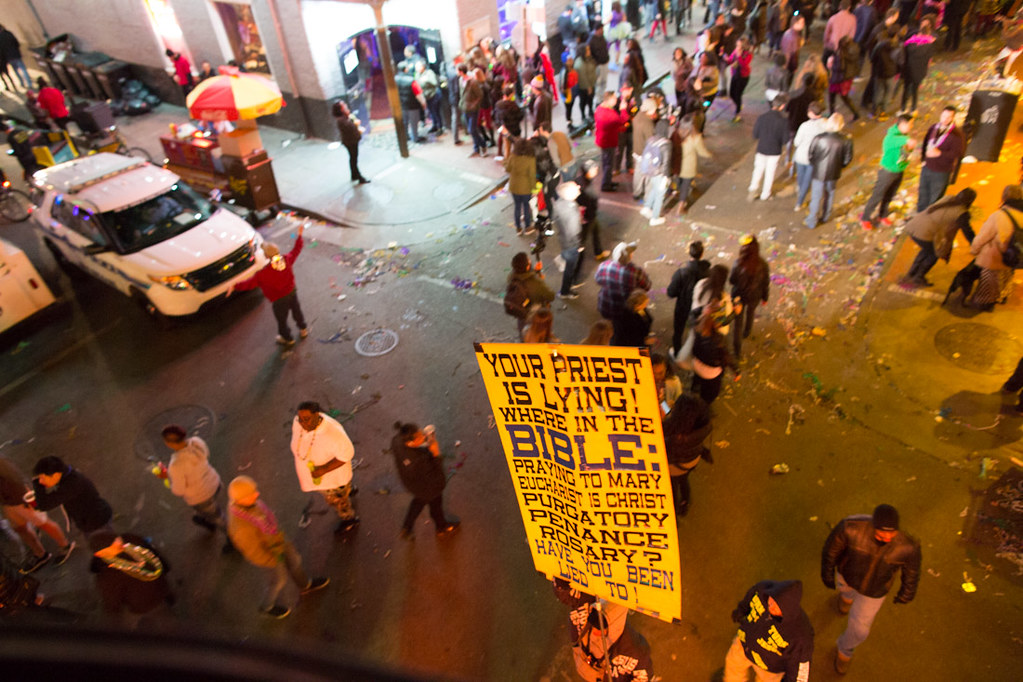 It was great people-watching. 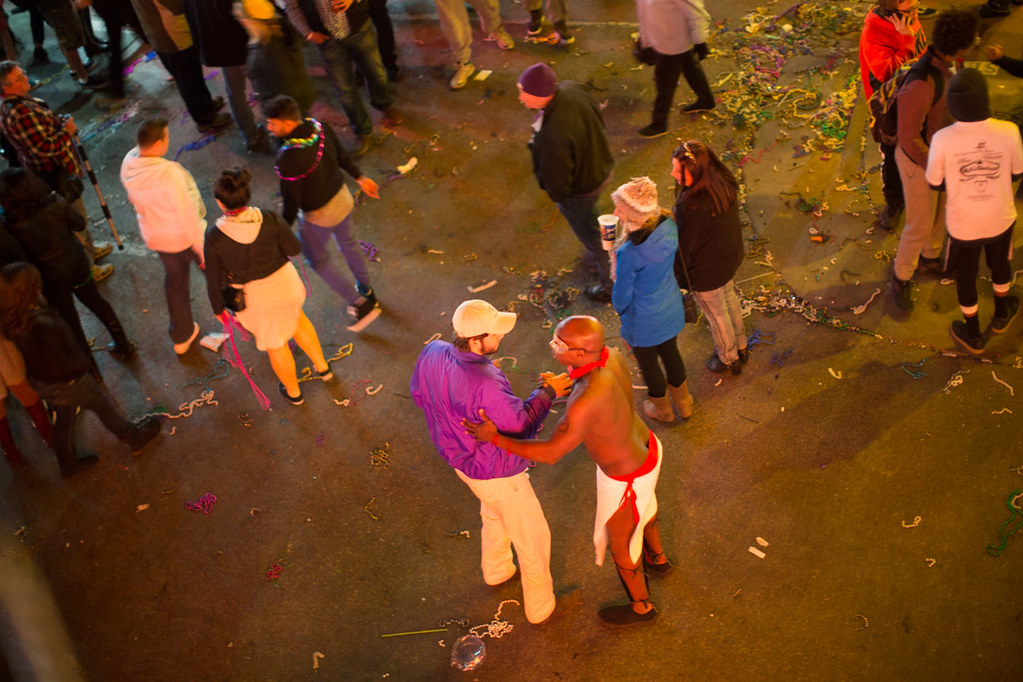 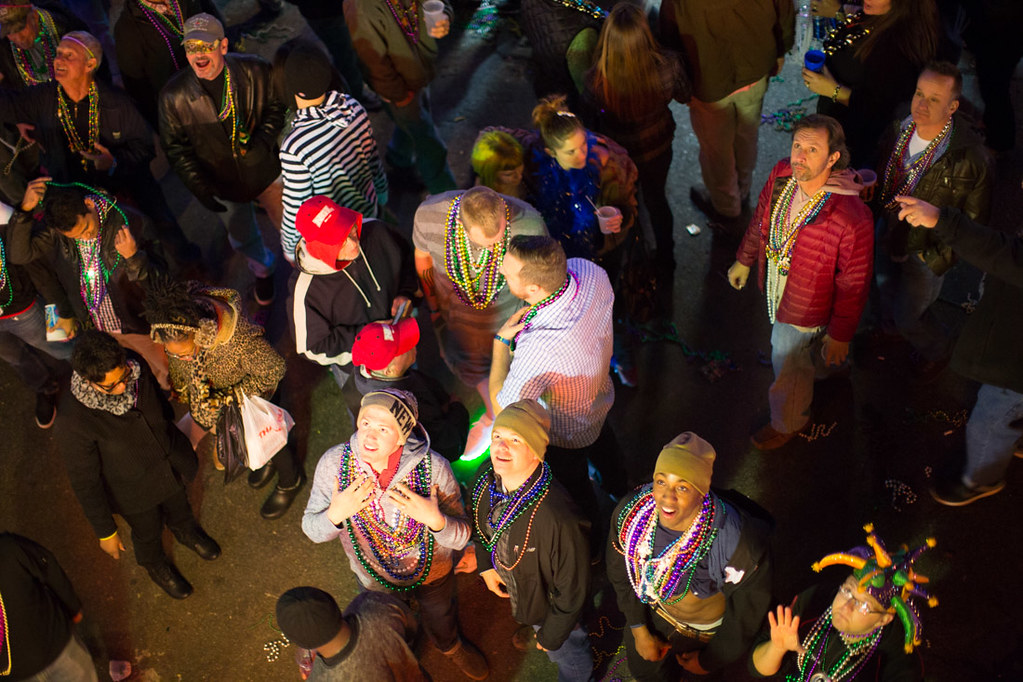 Overall, we were really pleased. Although the tickets were expensive at $160 each, the fact that it included food and and all drinks was great. We liked that it wasn’t crazy crowded, and that everyone got plenty of time to spend on the balcony.

Have you gone to a Bourbon Street balcony party during Mardi Gras? Which one did you go to? How did you like it? 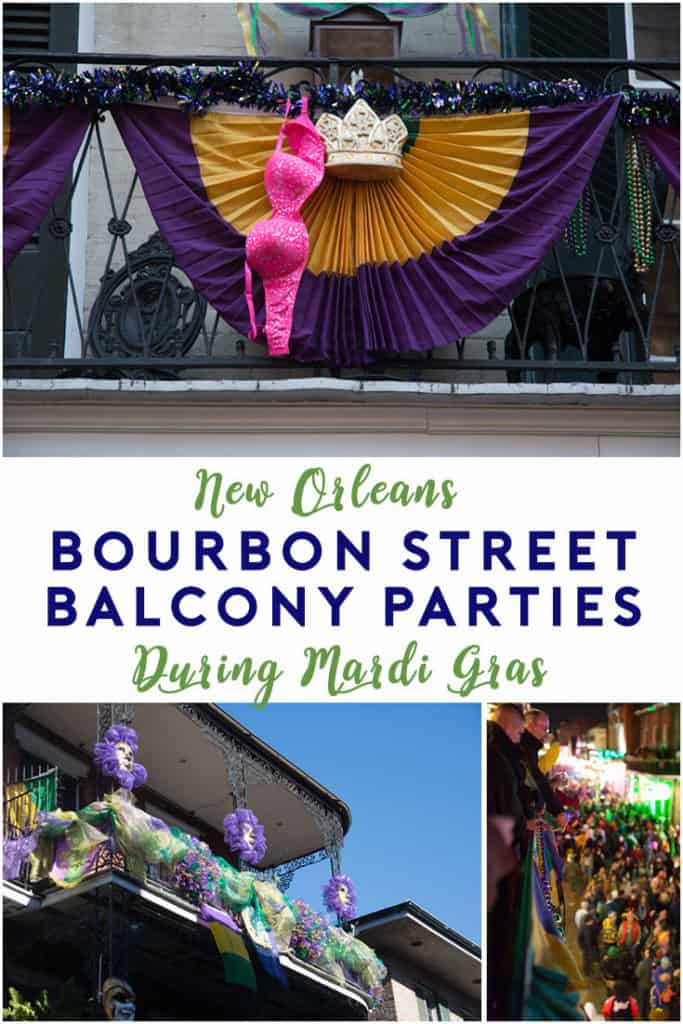 Modern And Easy Method Of Displaying A Spoon Collection