Naples and Pompei, Italy – Europe 2010 (Blast from the Past)

The last stop on our Mediterranean Cruise was Naples, Italy. We were nearing the end of our two week trip abroad, and we were pretty worn out and tired. We walked around Naples for a little while (no photos, gasp!) and then went on an afternoon excursion (purchased through the cruise line) to Pompeii.

Like Rome and Florence, I had been to Naples and Pompeii before on my 1997 trip to Italy. However, this was Ken’s first time there. And I felt like I had a much greater appreciation of Pompeii this time, compared to when my 16-year-old-self viewed Pompeii as not much more than a big pile of rubble.

On our drive to Pompeii from Naples, our guide pointed out Mt. Vesuvius: 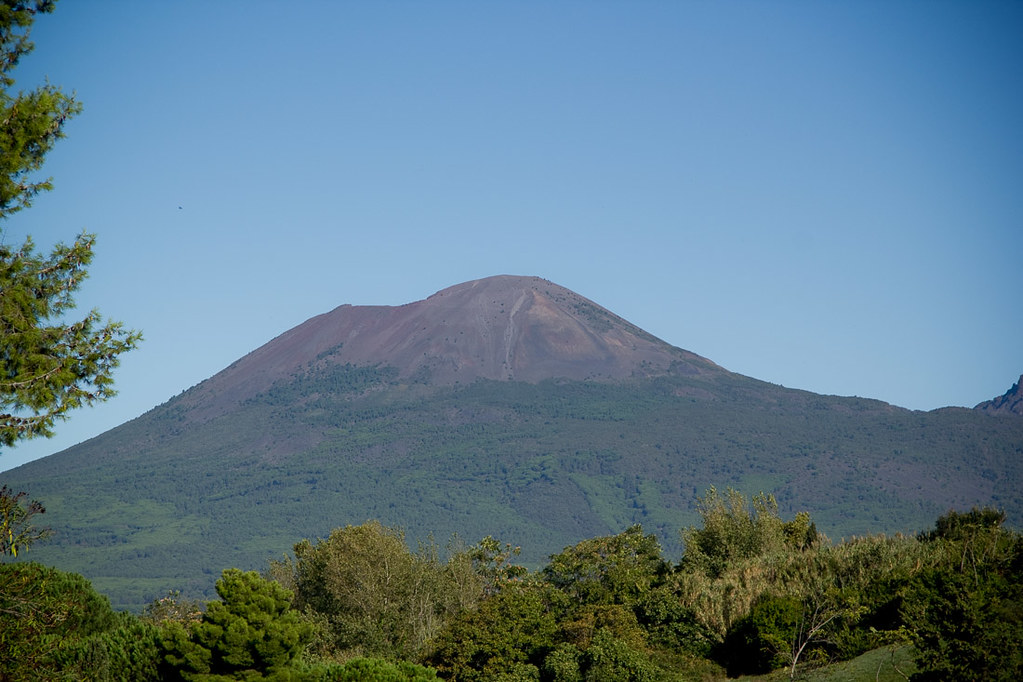 As we walked up a steep hill toPompeii I thought about my previous time there, when I was 16, and I remember being totally bored. It’s a huge, ruined city. “More of the same,” I remember myself saying as we walked around the huge city of ruins. Luckily I had a greater appreciation for it this time around! 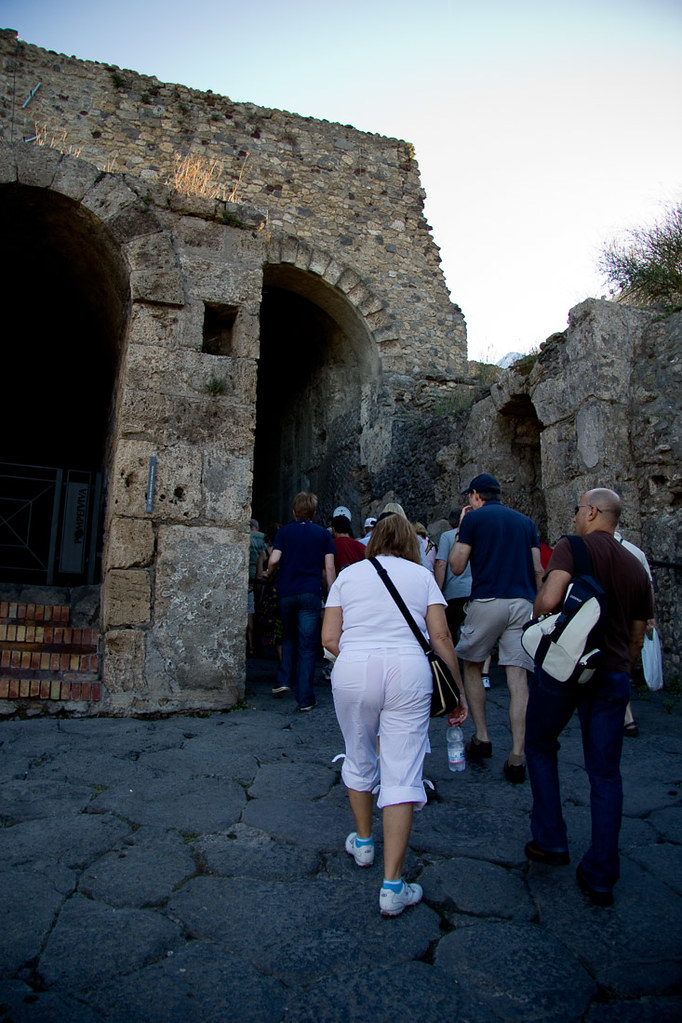 For the most part, I’ll let the pictures do the talking here! 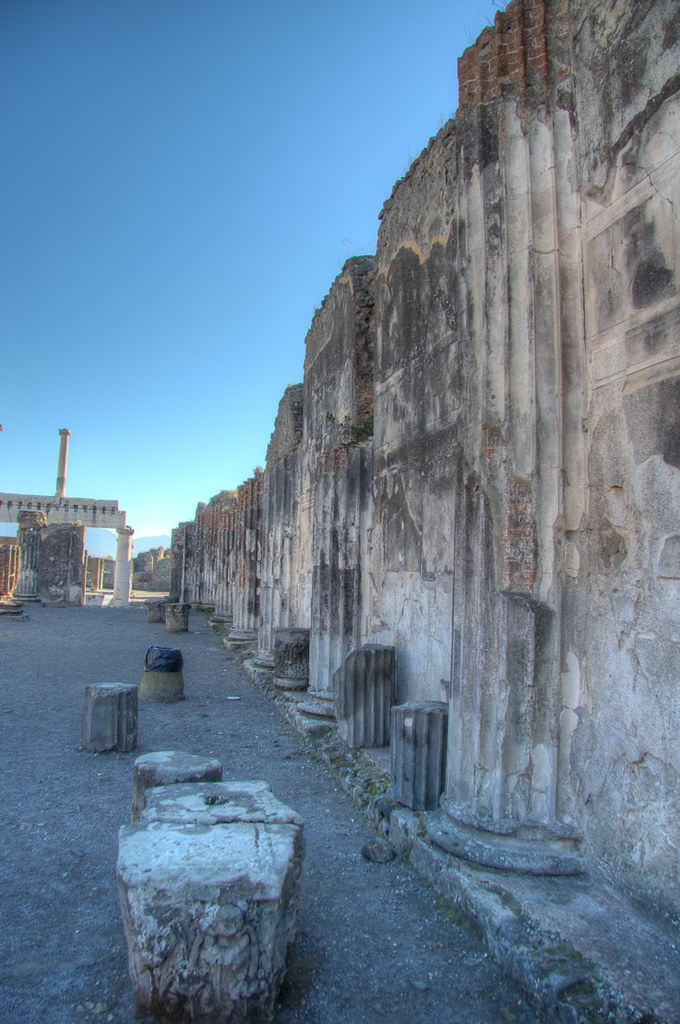 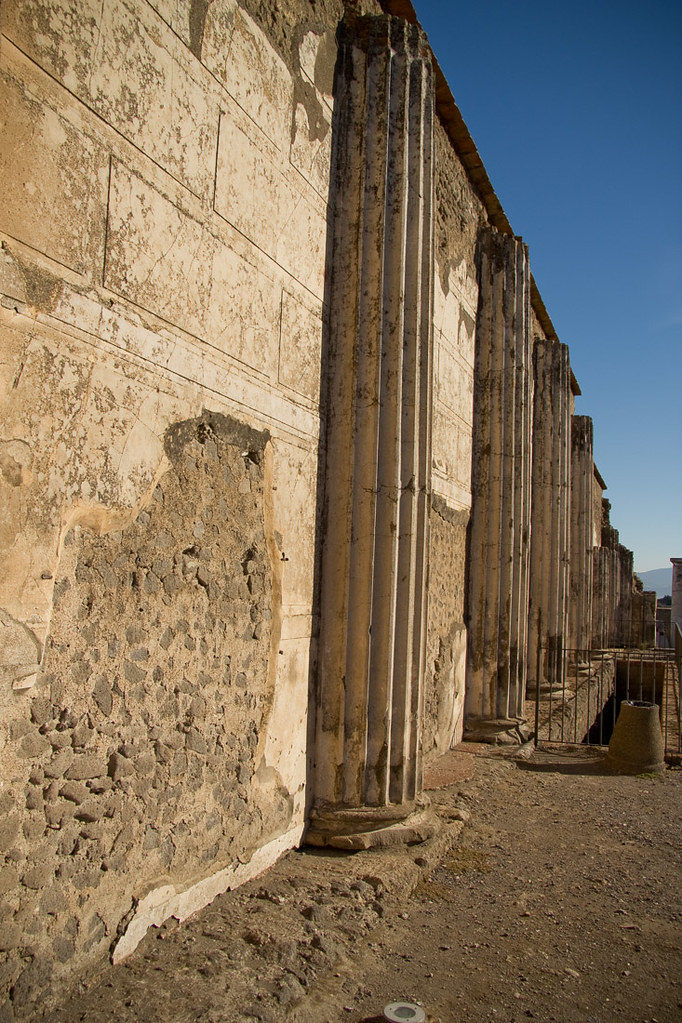 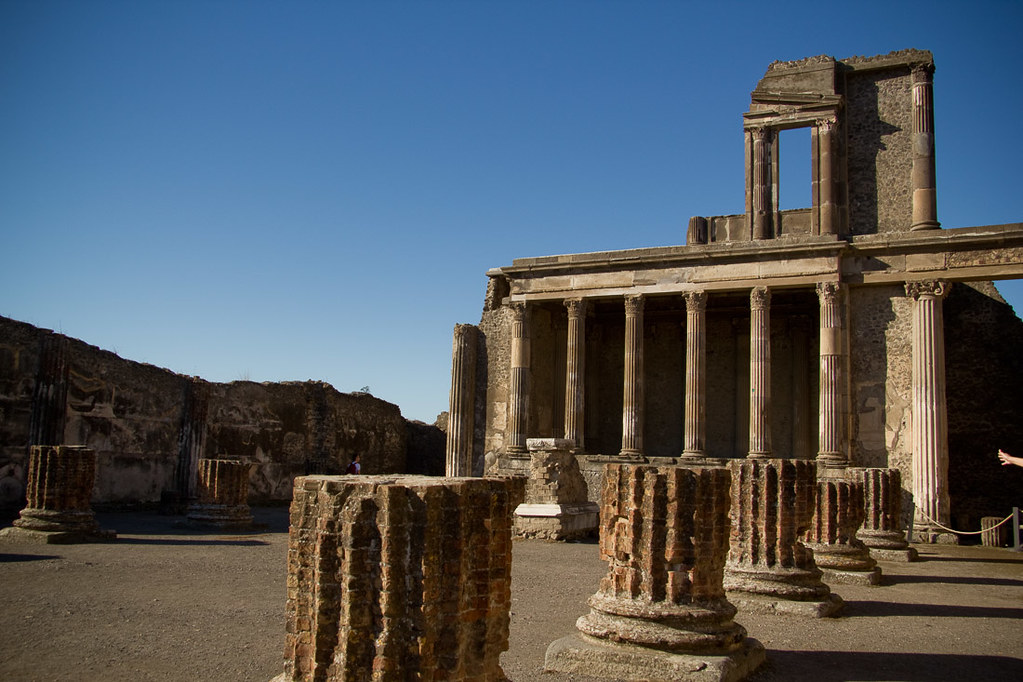 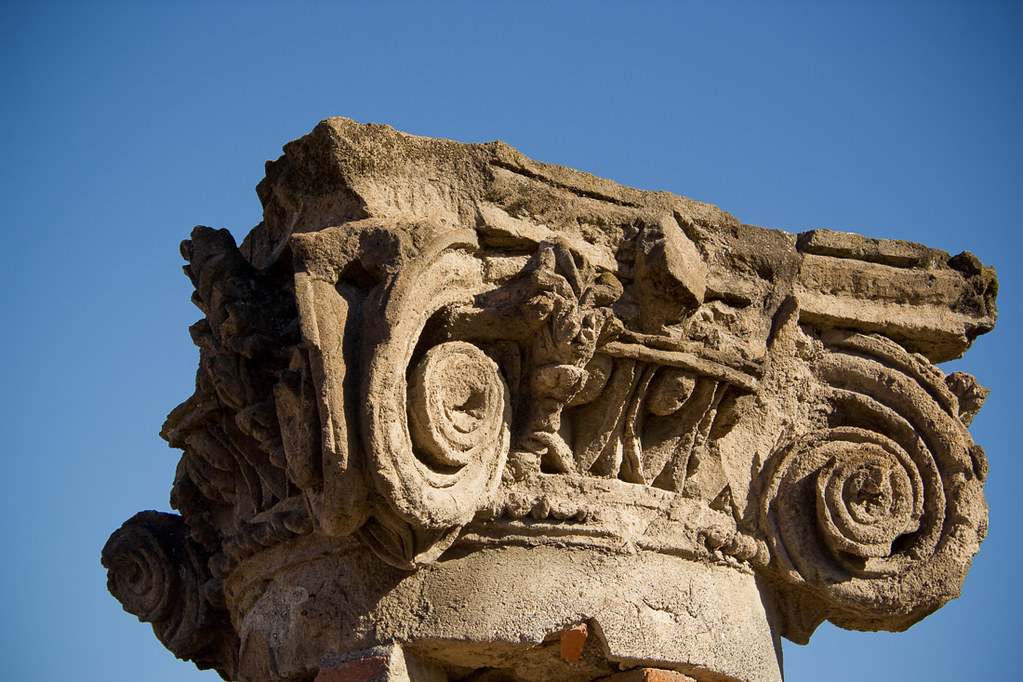 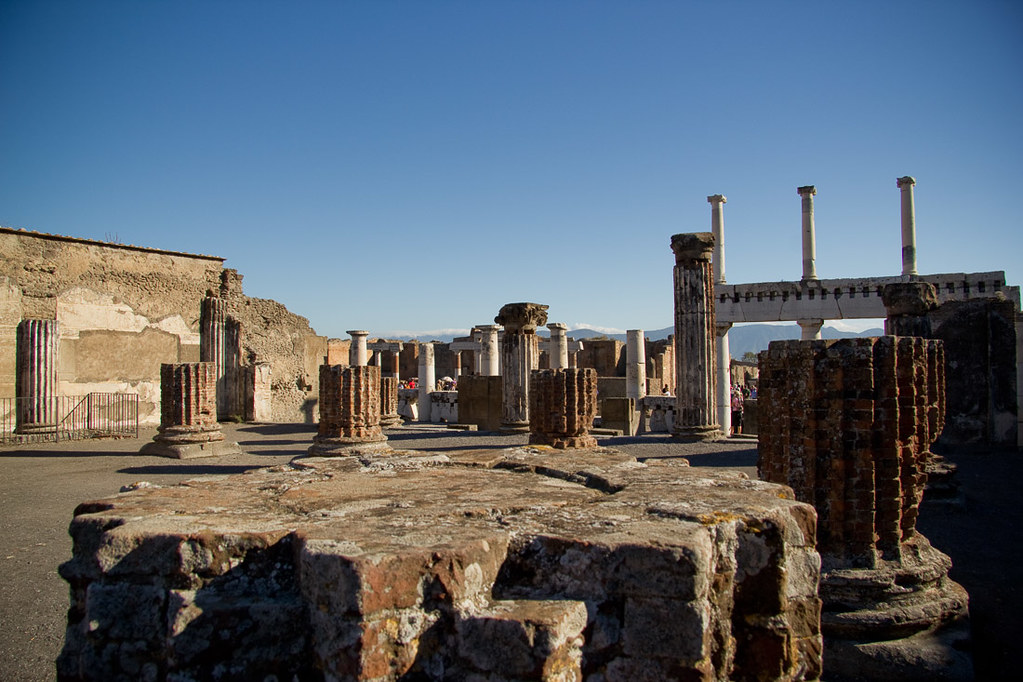 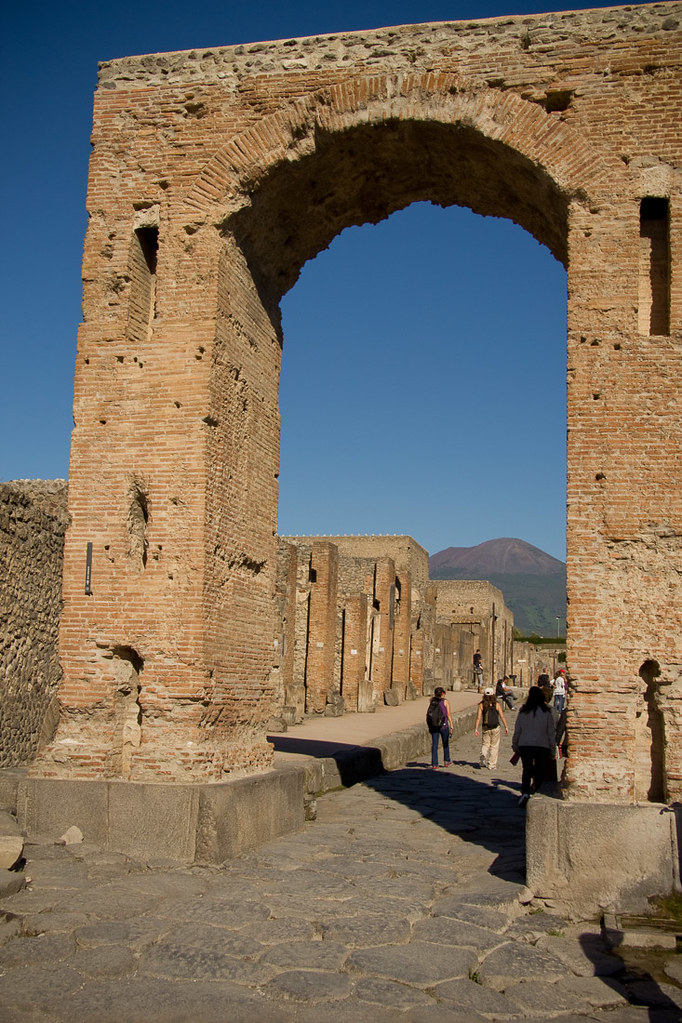 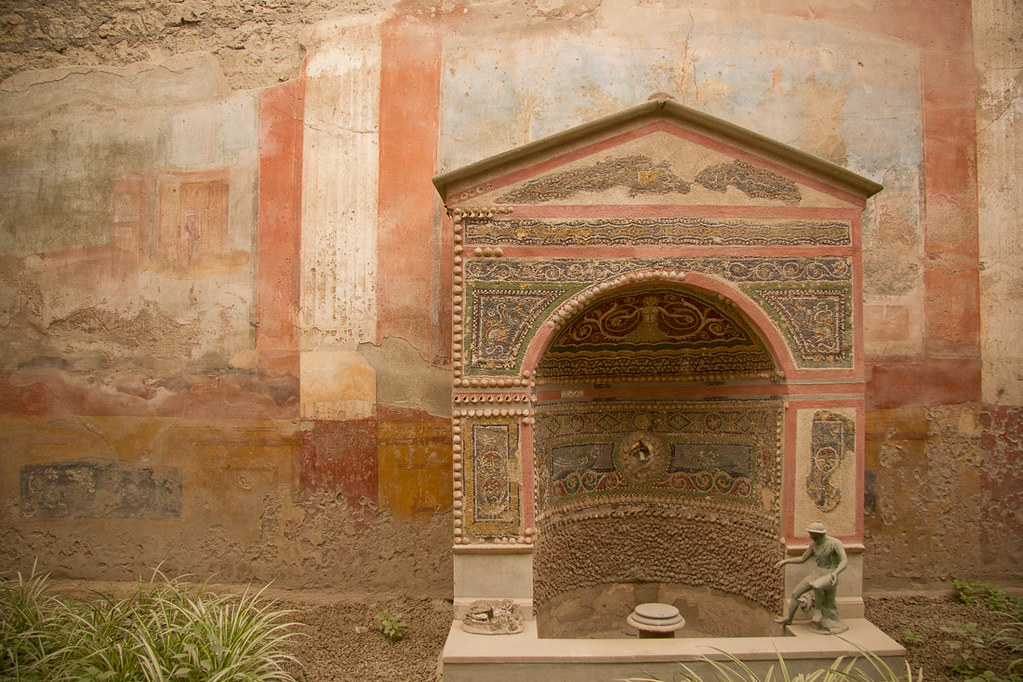 This dog kept following our tour group around! Adorable! 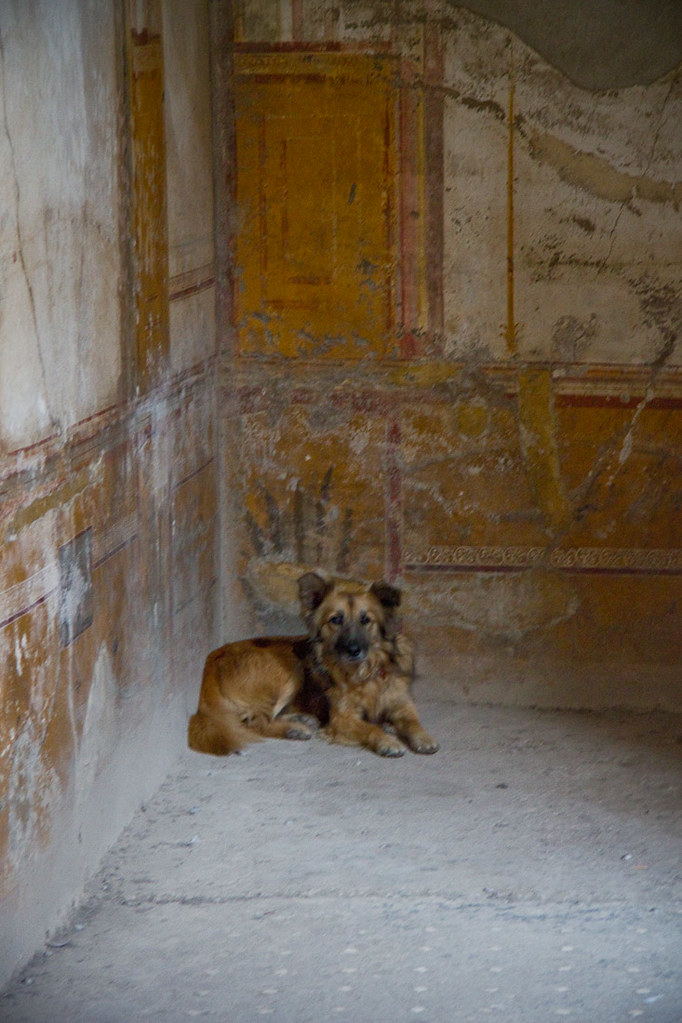 Luckily, Pompei was not crowded at all. It was so nice to walk around and have space between the people, and not have crowds in every photograph, unlike the previous day in Rome, and our awful experience at the Vatican Museum.

The only crowd we really saw was this line of people, waiting to get into the ancient brothel in Pompei. It still has inscriptions and drawings of …, ahem, menu service offerings on the wall inside. 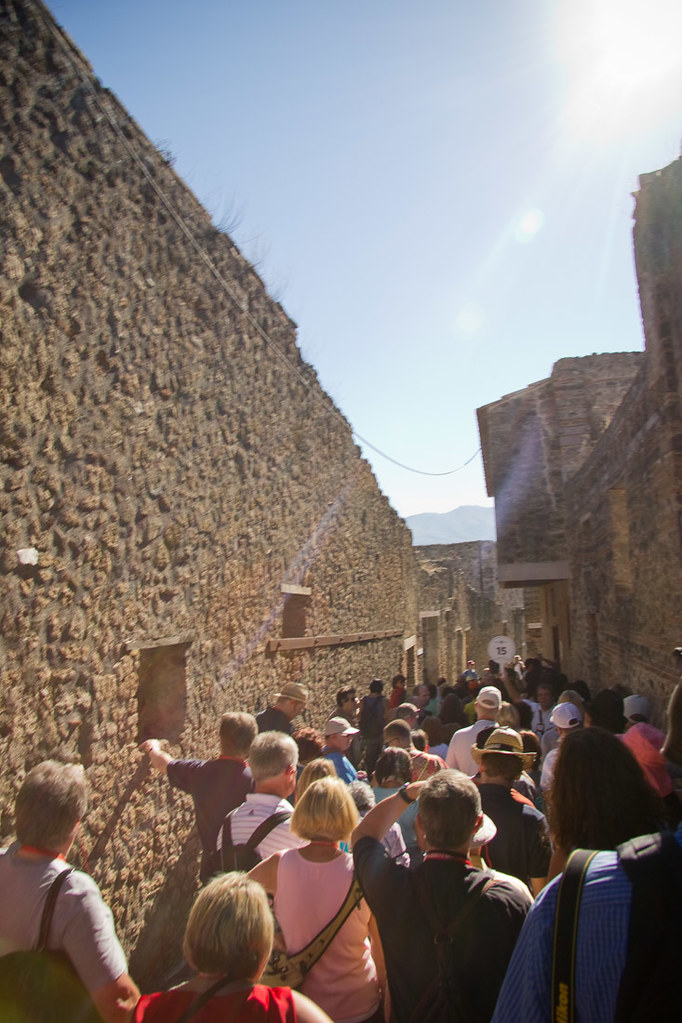 The early October weather was just gorgeous for walking around! 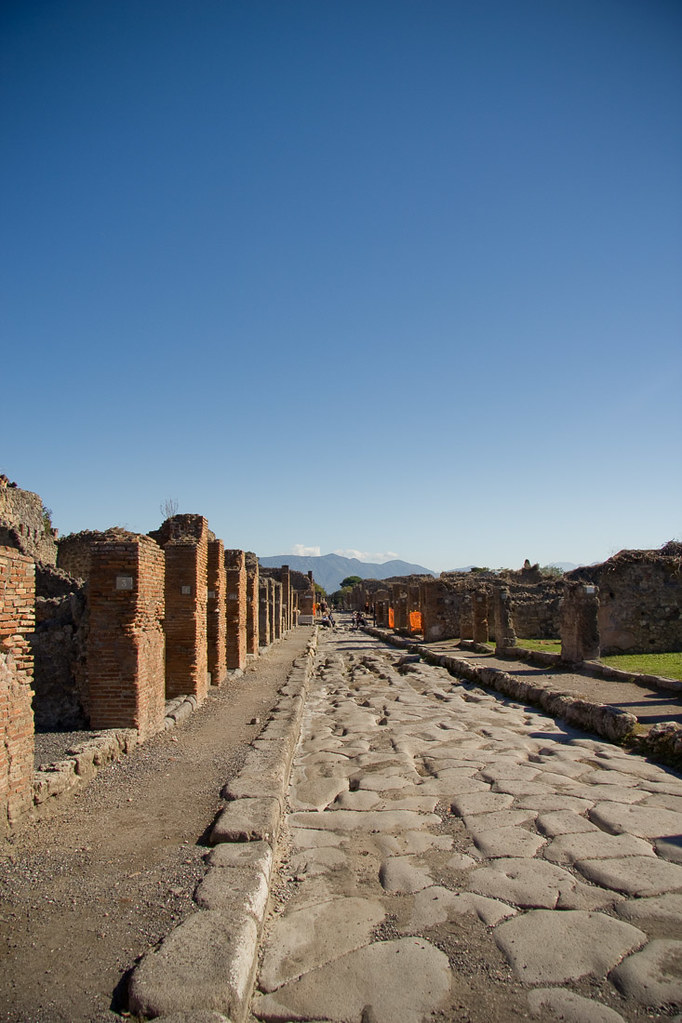 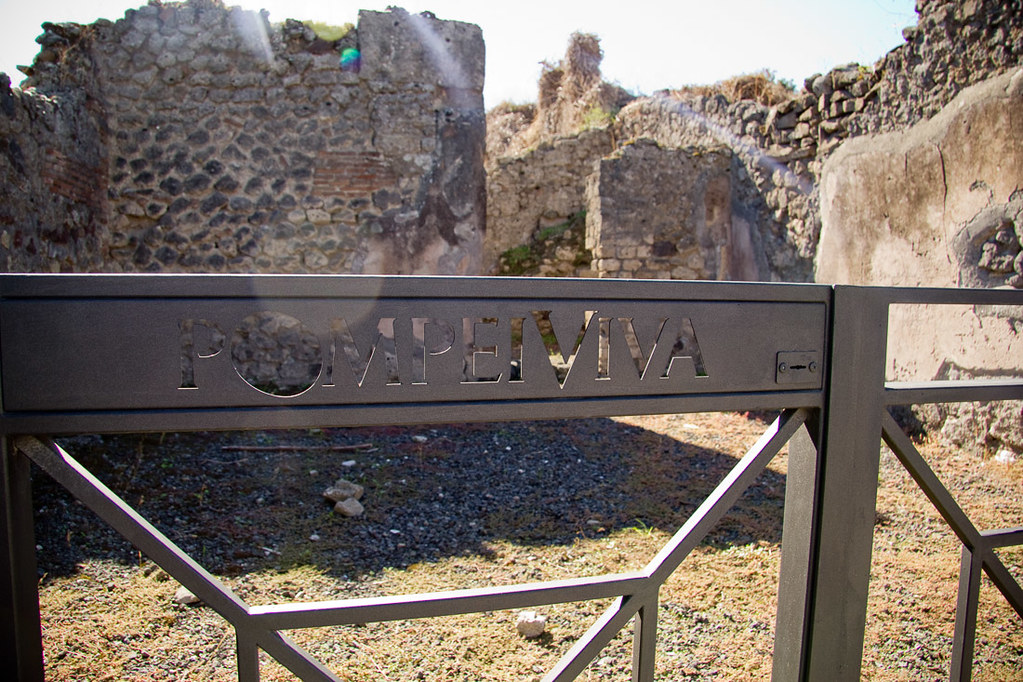 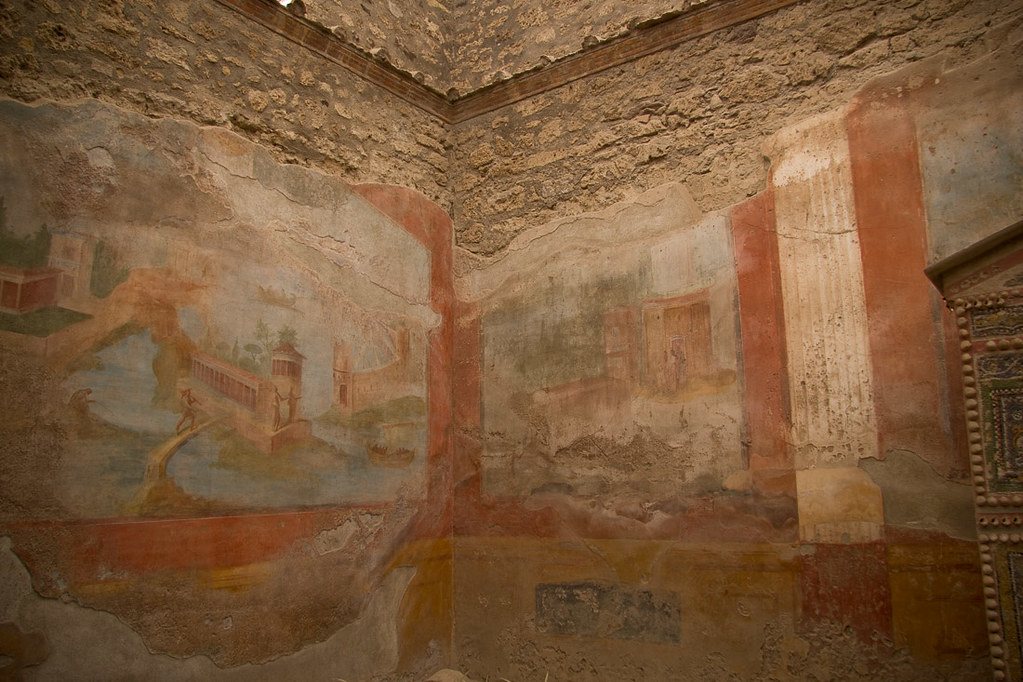 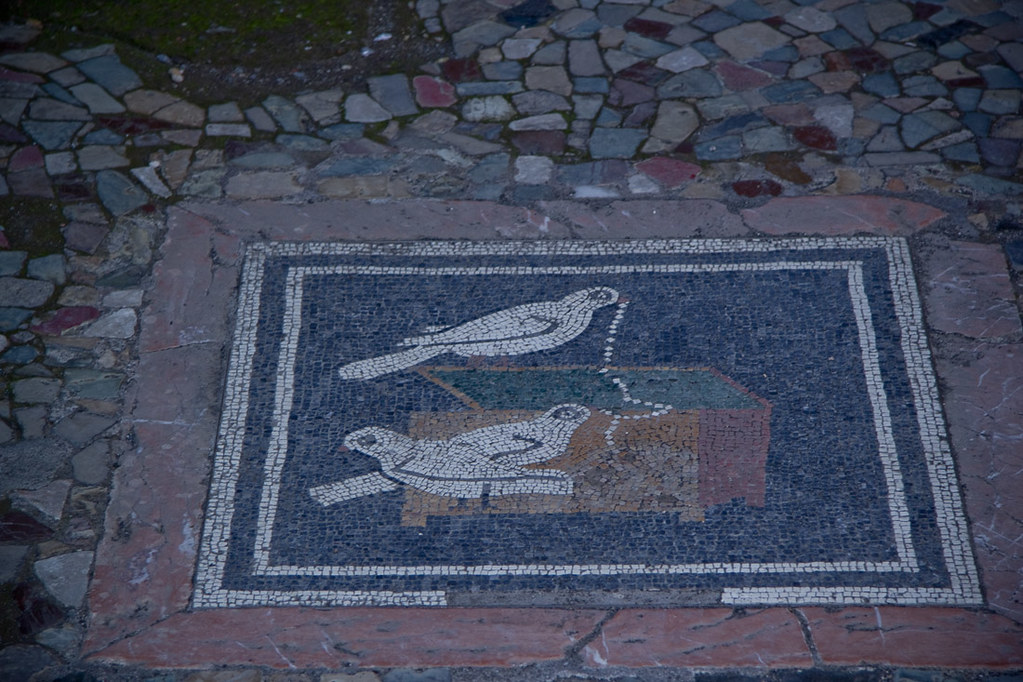 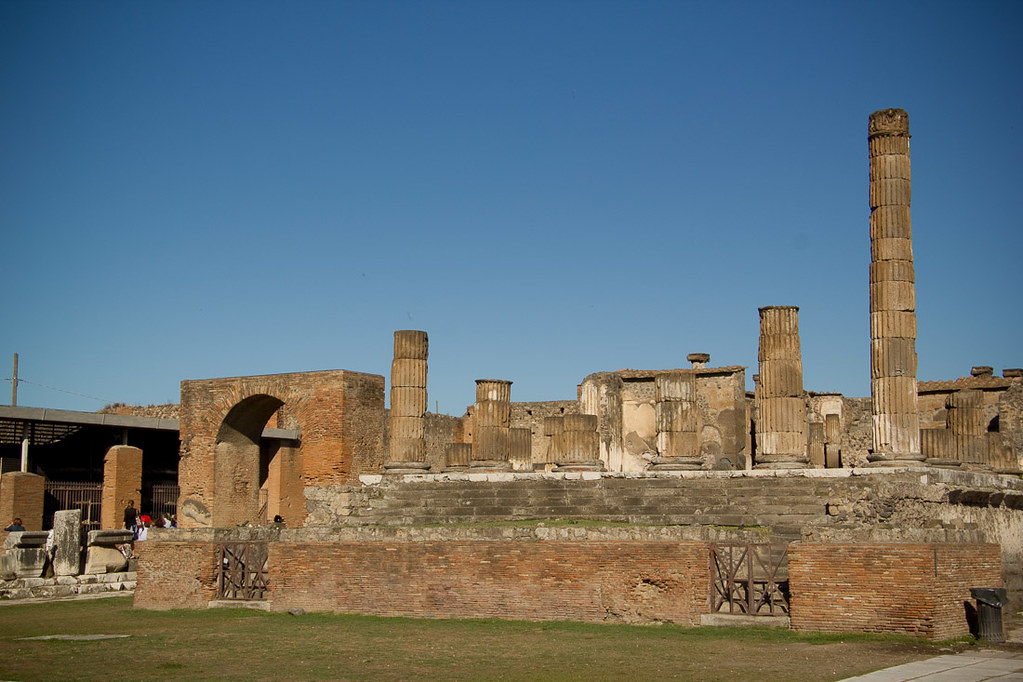 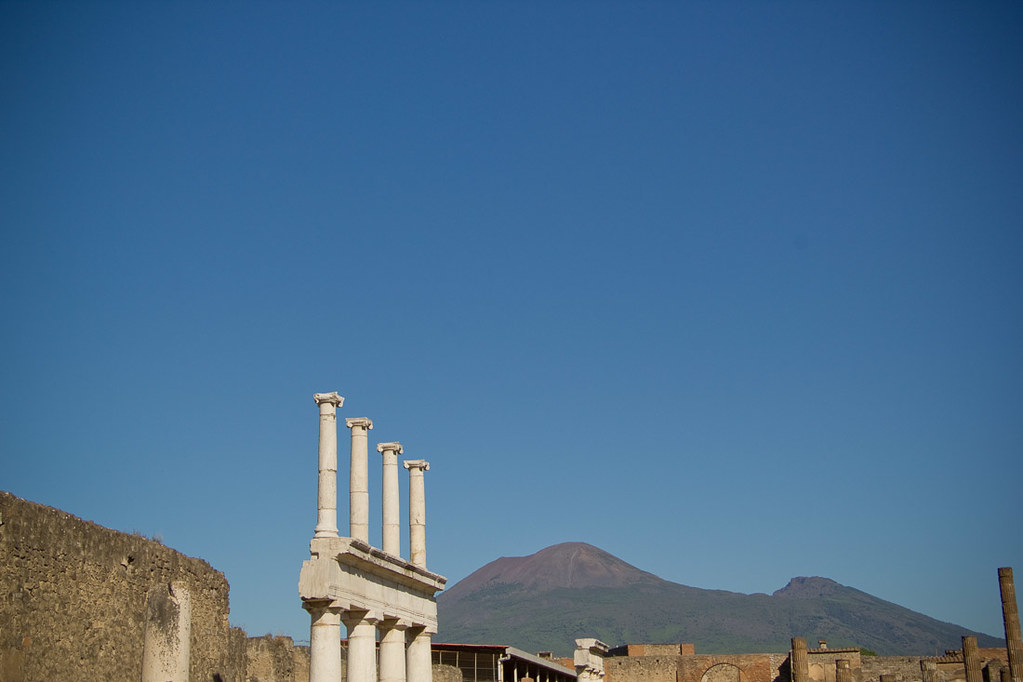 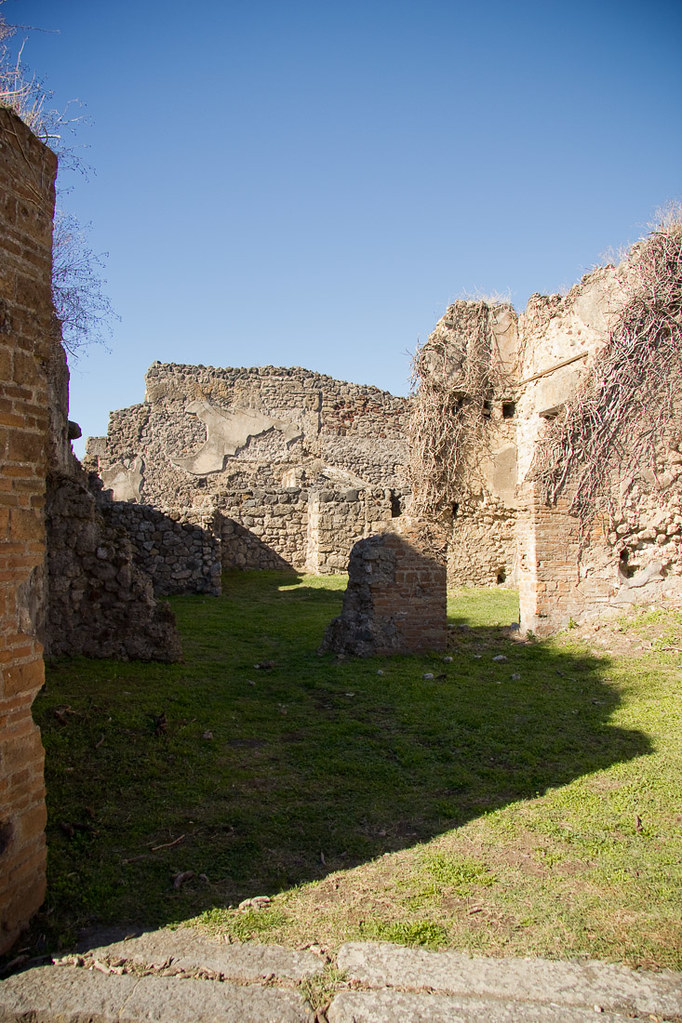 Our tour was thorough, but only took about 90 minutes. After the obligatory waiting around in the gift shop after the tour was over, our bus departed and headed back to the cruise ship! We had had a great time on our trip, but we were ready to get back home!

We had one day at sea on the ship after Naples, and then we ended the cruise where we started – in Barcelona. From there we headed straight to the airport and started our journey back home!