I’m happy to report that my first camping trip was a success!  Despite a dead car battery, a 4AM raccoon incident, and 90 degree heat on an early October day, I’m ready to plan another trip!

Ken and I both worked from home on a Friday, with the intention of leaving around 4:00PM to make the 90 minute drive and arrive at the park before dark so that we could set everything up more easily.  Well, 4:00PM became 5:00PM and thanks to some rush hour traffic, we arrived at the park just as the sky went completely dark. 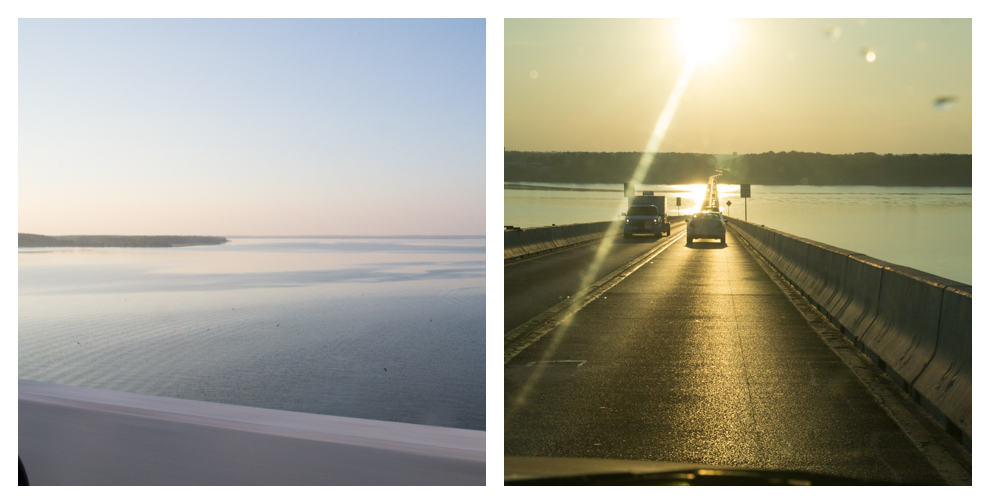 Still bright and sunny as we crossed the Potomac River from Maryland to Virginia across the Governor Harry W. Nice Memorial Bridge

We drove around Campground C  first to look for a spot, and it was REALLY crowded.  Then we drove to Campground B which was still crowded, but it seemed less so than Campground C.  We set up the tent, ate some lunchmeat sandwiches (I pre made a version of this sandwich for myself.  Ken said he wouldn’t like all the toppings, so he just made a plain one for himself.)    My sandwich was good, but I don’t think I had scooped out enough of the bread, so it was a bit bread-y.  Also, I didn’t pre-cut the sandwich at home, so I ended up basically just scooping out the meat, toppings, and bread to eat it, instead of eating it like a normal sandwich.  So definitely take the advice in that post and pre-cut the sandwiches with an electric knife! 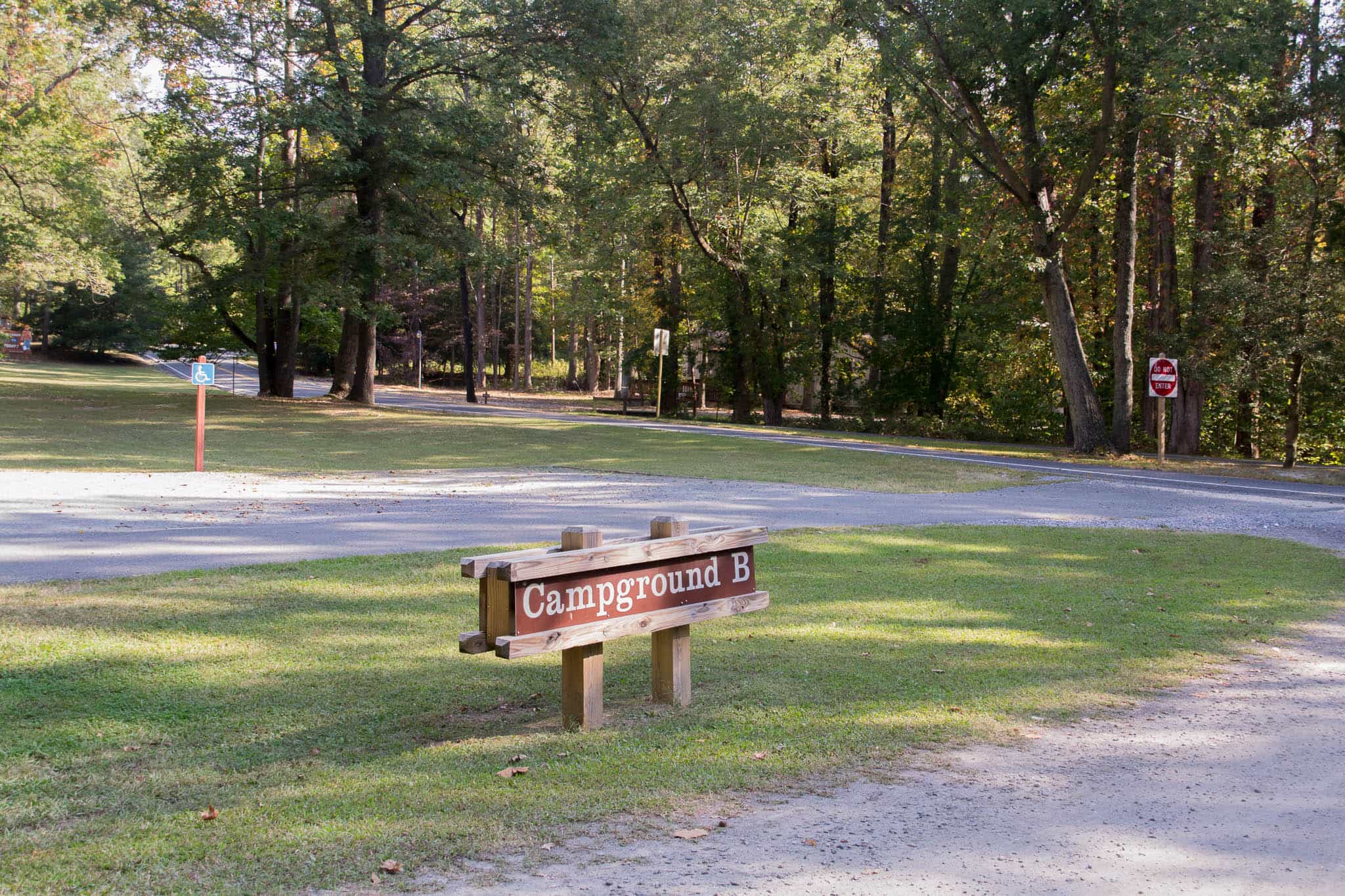 Campground B entrance, as seen in bright daylight the morning after our arrival

After setting everything up and eating, we walked around, found the restrooms, and then drove our car to the entrance of Campground B to pick up some firewood.  Firewood is for sale at 50 cents a piece, using the honor system.  There are envelopes to deposit payment, and we decided we would make one bulk payment when we left. 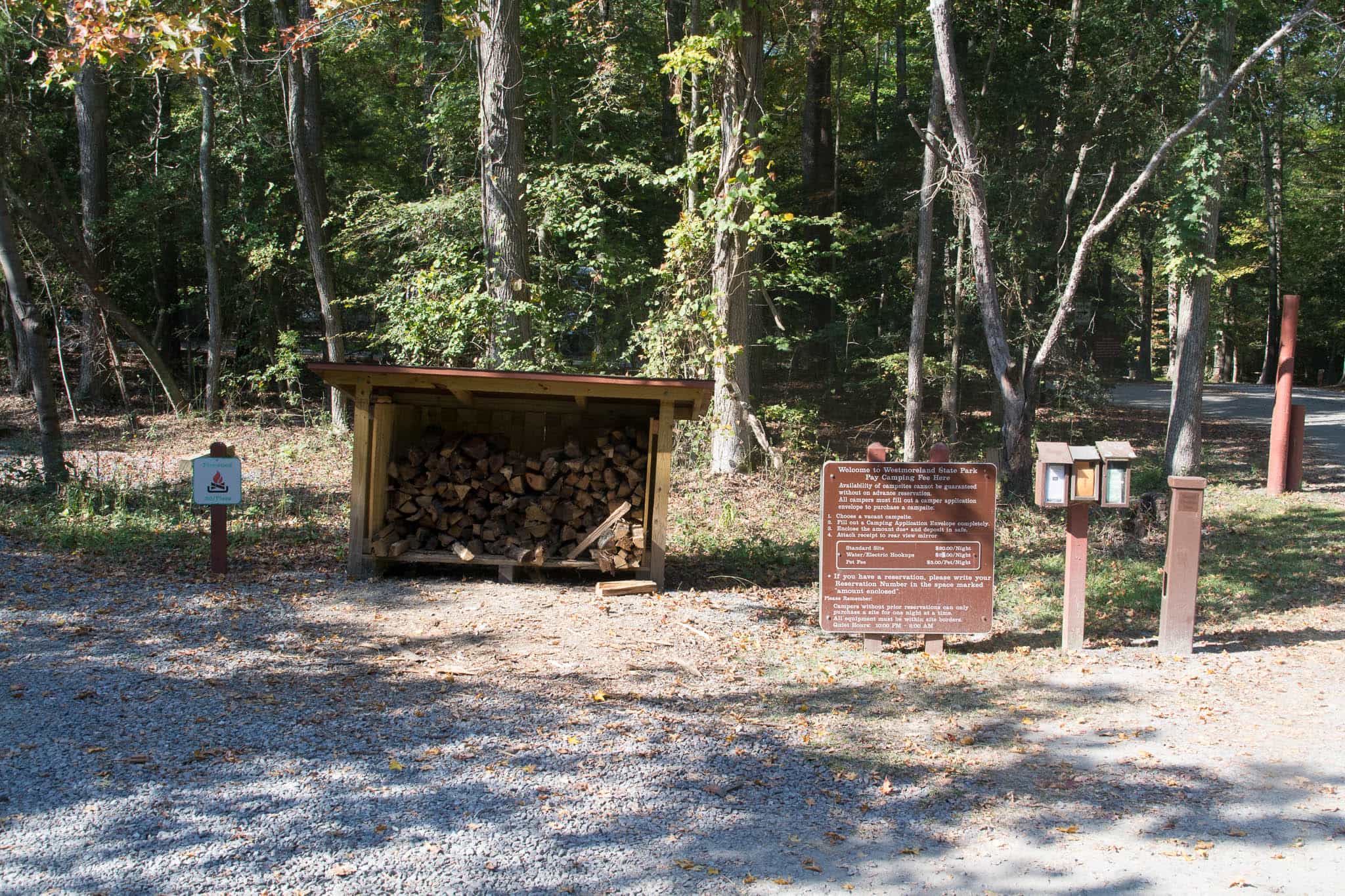 We managed to build a very successful campfire.  Although we were a little disappointed because our site didn’t have a metal fire “ring” like other sites at the campground. Instead, it just had a grill grate, making it harder to safely build a larger fire.  But, no biggie.  We’ll just keep an eye out for that on future camping trips.

We built the fire so well in fact, that we realized we had no idea how to safely extinguish a fire when we were ready to go to bed.  We poured some water on it, and it seemed to extinguish but once we were laying in the tent ready for sleep, the fire had a resurgence.  We figured that since the entire area was gravel, and that we would be nearby all night, there was no harm in letting it burn all night.  It continued to burn well throughout the night.

I actually slept much more soundly than I anticipated.  I was afraid that every little cracking twig was going to startle me awake.  But, it was really quite peaceful listening to the sounds of nature as we drifted off to sleep.  My biggest issue was the heat. We had been anticipating crisp autumn weather for our October camping trip.  But by night, it was still in the upper 70s, and it was way too warm to sleep in my sleeping bag.  As the hours progressed overnight, it got considerably cooler and I covered up a bit.  The air mattress certainly wasn’t the most comfortable thing in the world, but it was certainly better than sleeping directly on the ground.

The next morning, we built another fire and cooked some foil packet breakfasts over the campfire. 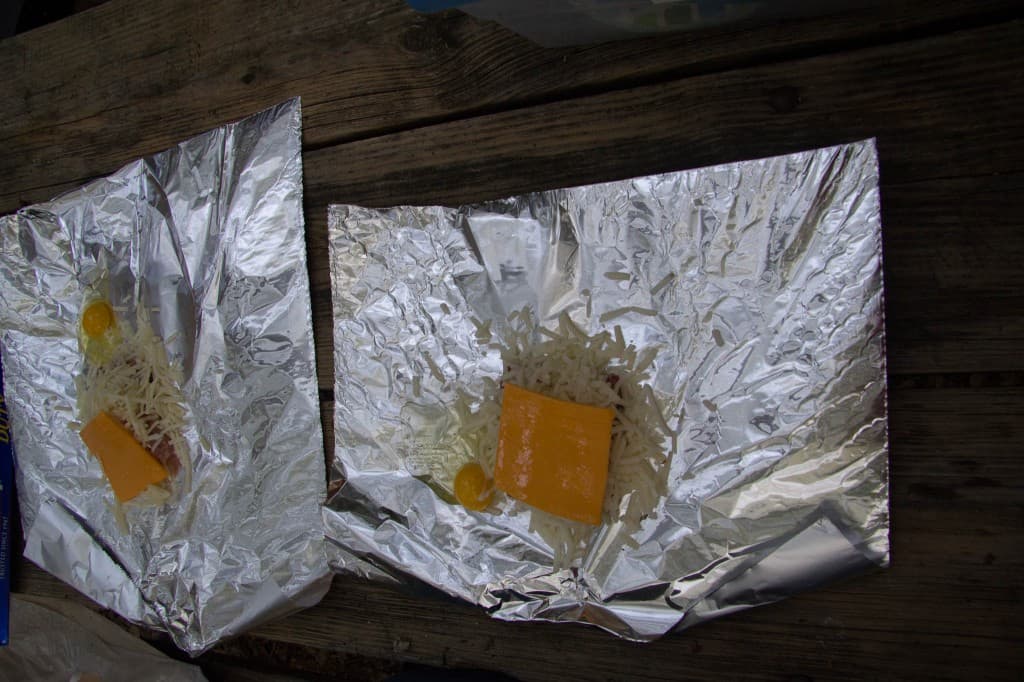 This time though, we googled how to safely extinguish a fire, since we planned on going on some hikes soon thereafter.  You can read the full guidance here, but basically we learned that you must continue to pour water on the wood and fire until you no longer hear any sizzling noises.  We filled up some large bowls with water, and slowly poured water on the fire until it no longer sizzled.

We both showered, and the showers at the park were perfectly fine.  There were only two, but by the time I showered around 10:00, I didn’t have to wait for one.  I even liked that the women’s showers had a private changing stall right outside of the shower.  Ken said the men’s bathroom did not have the changing stall.  The fire was still nice and extinguished, so we got our hiking boots on, gathered our camera gear,  and headed out for some trails.

We started on the Beach Trail, which involves some easy trail, and then many many steps. 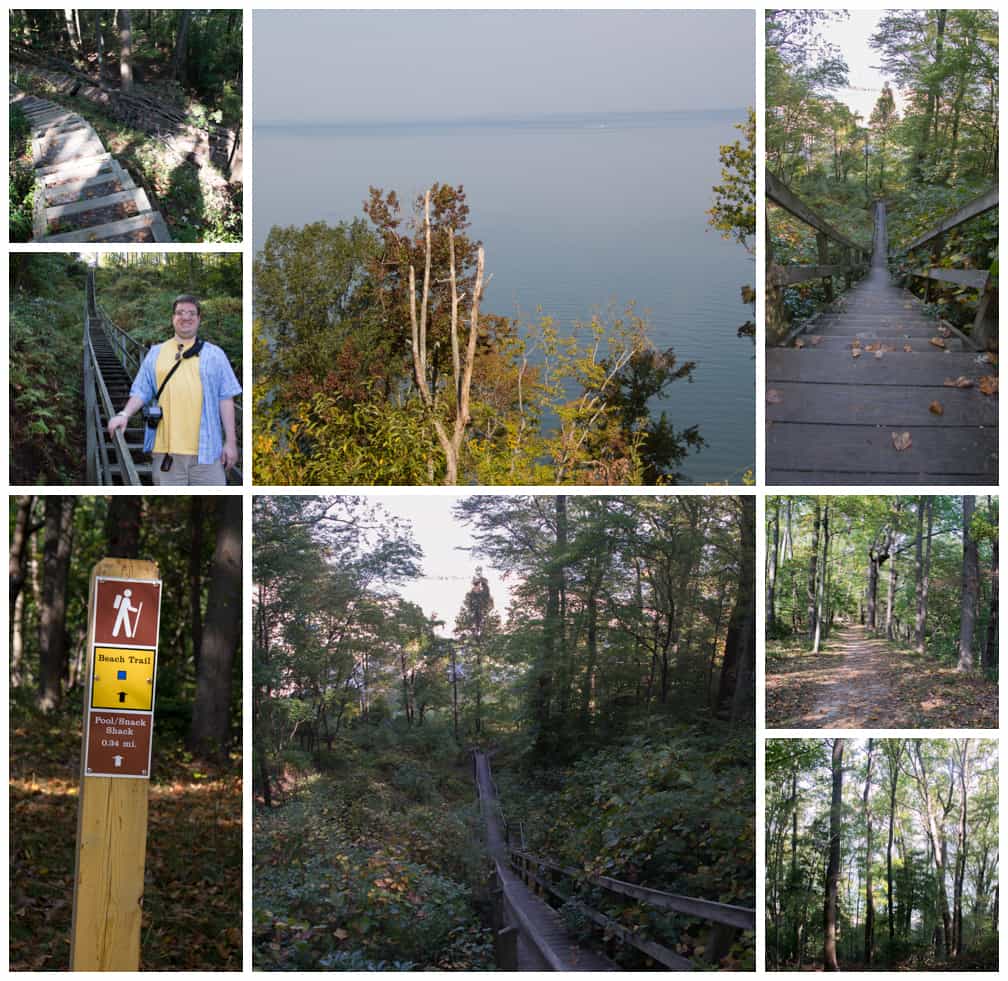 The Beach Trail leads you down to Colonial Beach on the Potomac River. 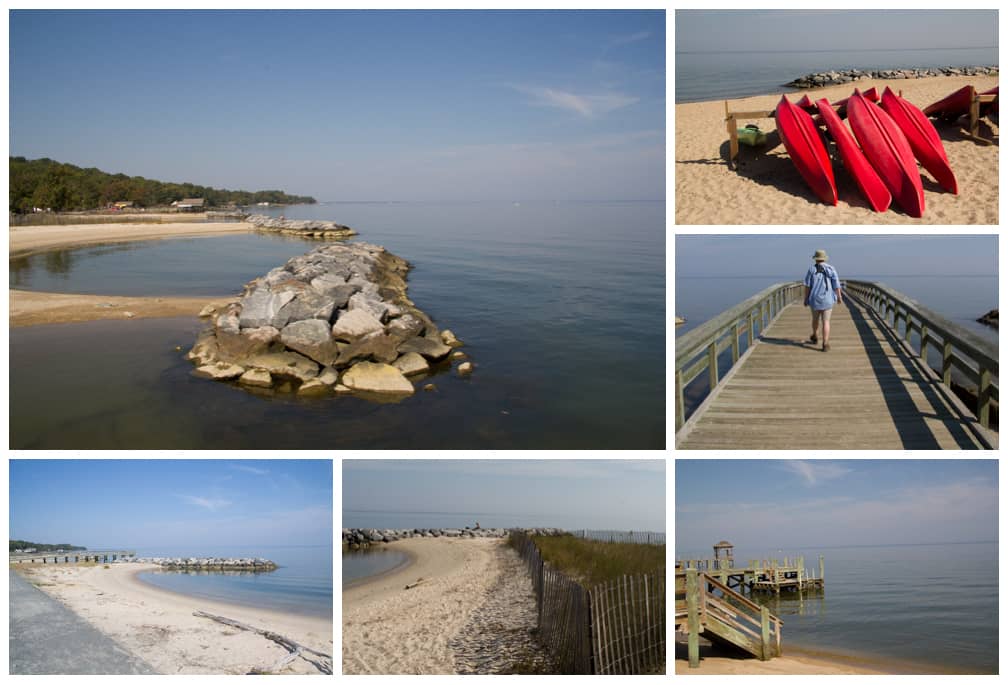 On the way back up, we took the Laurel Point Trail, which involved more steps. 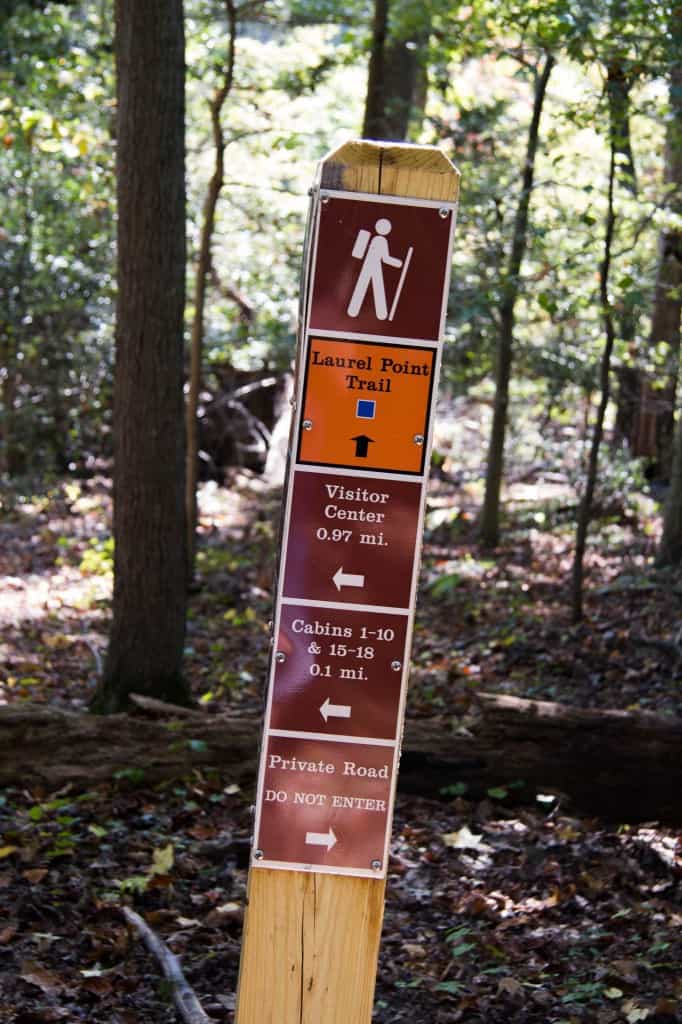 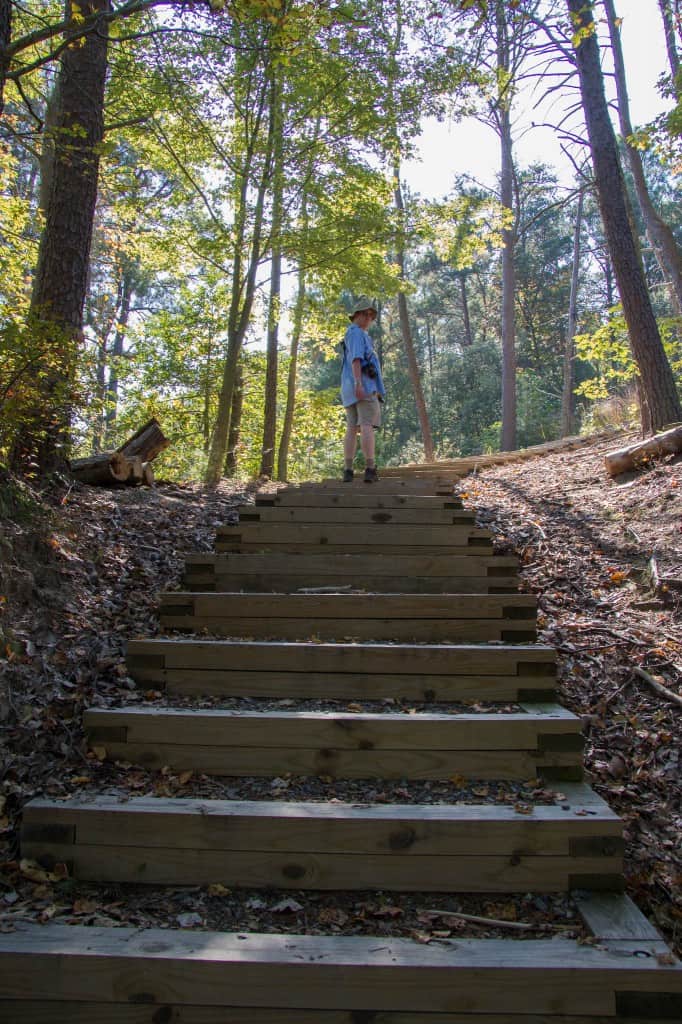 Here, Ken is making sure I’m still alive on the hike back up.

We stopped at Rock Spring Pond on our hike. 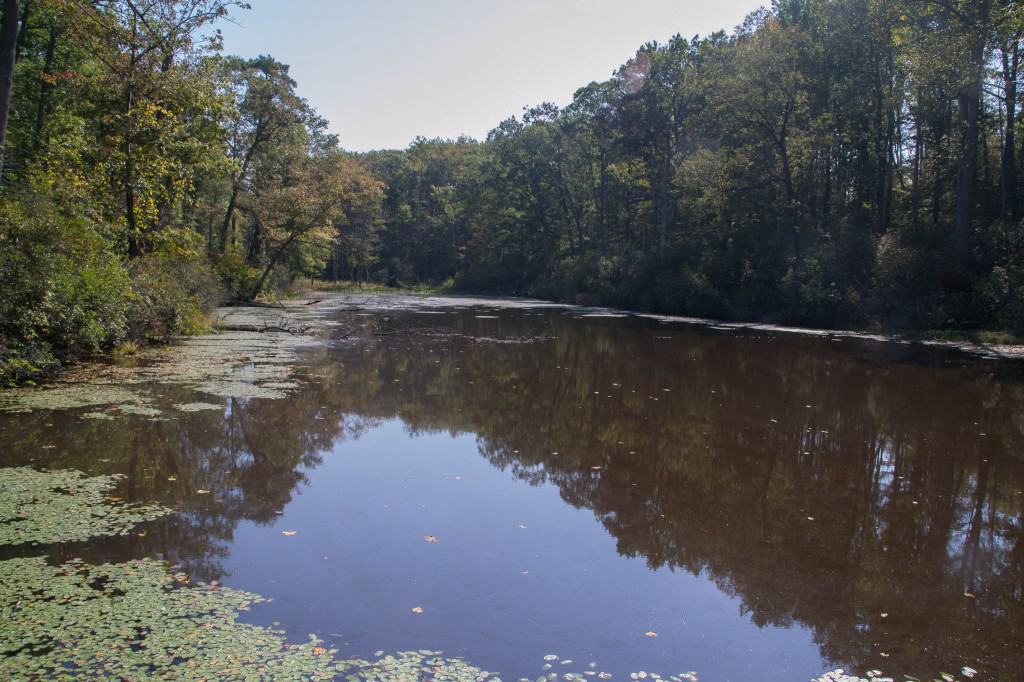 By the time we got back to our site, we were really hungry.  We took off our hiking boots and put our flip flops back on, and then heated up some hot dogs on a tabletop gas grill.  It was our first time using the grill, a Char Broil, which I had purchased from Target on clearance.  I didn’t realize there would be some assembly required, and unfortunately we had not packed a screwdriver.  But, we made do using a pocket knife.

After the hot dogs, we just hung around the campsite, recovering from our long morning hikes (what can I say, we’re out of shape), and just read our Kindles and hung out. 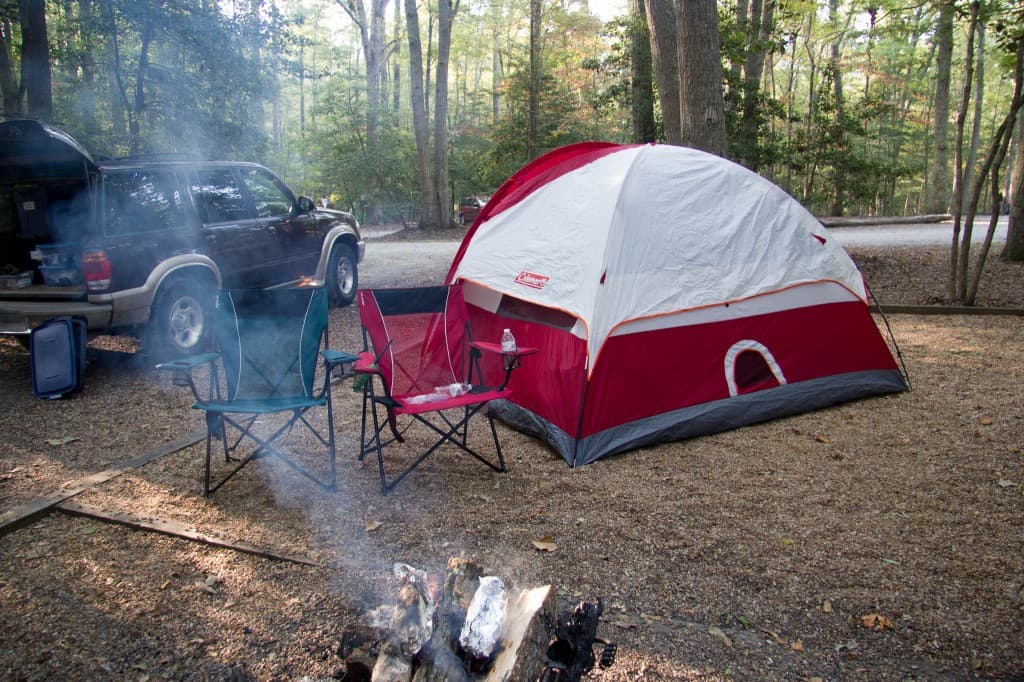 We decided to head into town for a bit, which turned into a double adventure!  I’ll talk about that in the next post. 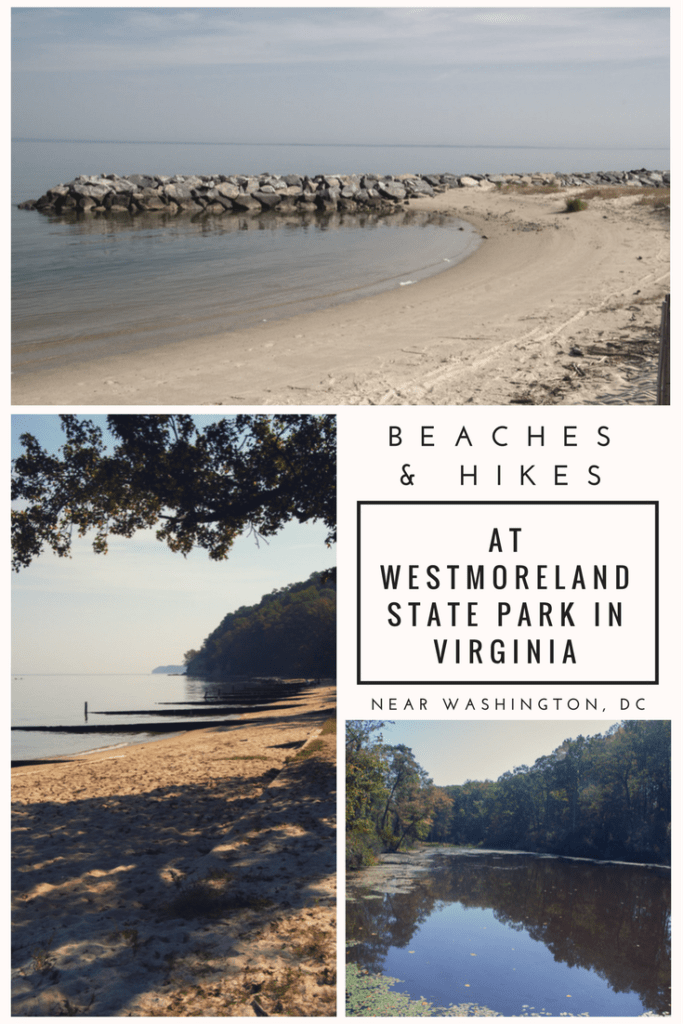 […] we really liked them. They were comfortable, folded compactly, and the cupholders were great. But, after our hike the one afternoon, I wanted to stretch out my legs, not sit upright in a chair. I tried laying in the tent, but it […]

[…] that I have discovered that I enjoy camping, I think Point Lookout State Park would be a great camping location for us in the […]