Our last day in New York City was only a half day, so we had to make the most of it. We actually packed up our hotel room and put our luggage in storage, since we wouldn’t be back until well after check out time.

Our first stop of the morning was the High Line. The High Line is an old freight rail line that ran along the western side of Manhattan. The line had been abandoned for many years and had started to get grown over with greenery and flowers. In 1999, it was marked for demolition, when a group of private citizens advocated and raised funds to make it a new attraction. Of all the random things, Ken and I first heard about the High Line while watching an episode of This Old House.

The reception staff at the Andaz was very helpful in helping us figure out which High Line entrance to use so we could see the most of it. He recommended walking from the south to the north on the High Line. We decided to take a taxi, and he said we should tell the taxi driver to take us to 10th Avenue and Gansevoort.

I had heard that the High Line was cool, but I didn’t realize just HOW cool it was! 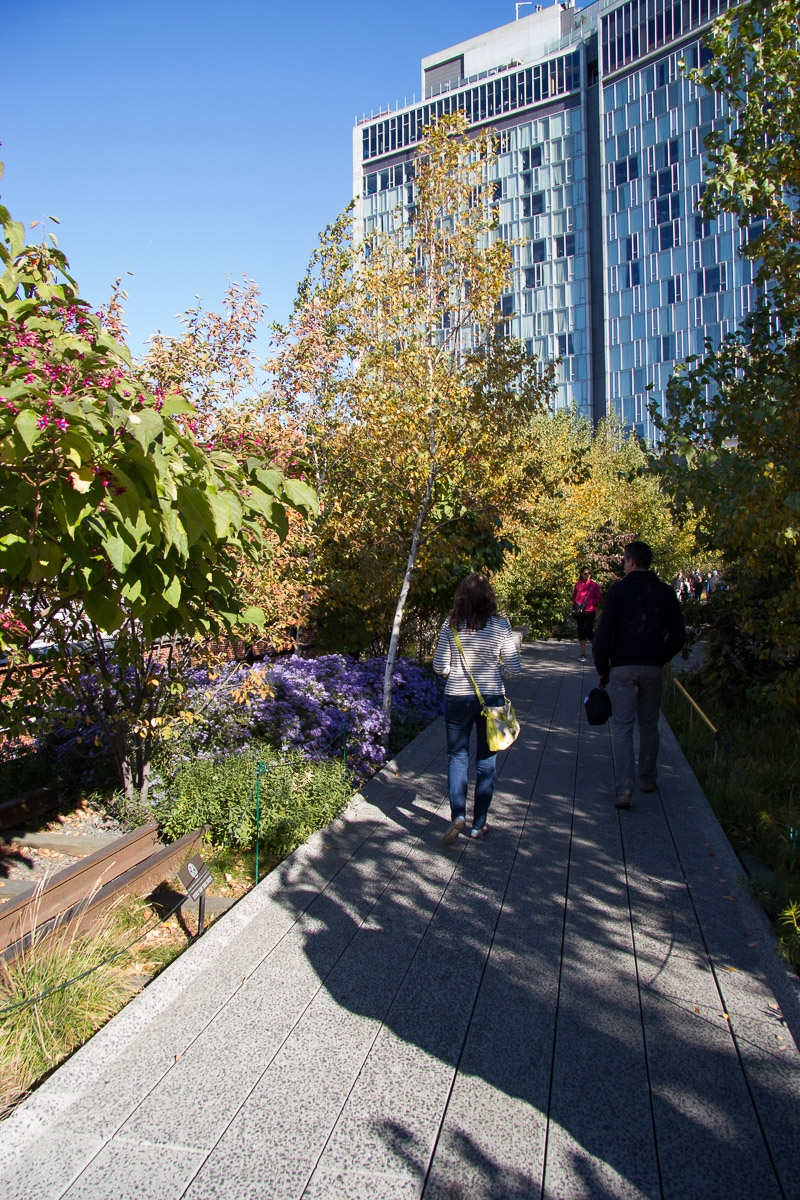 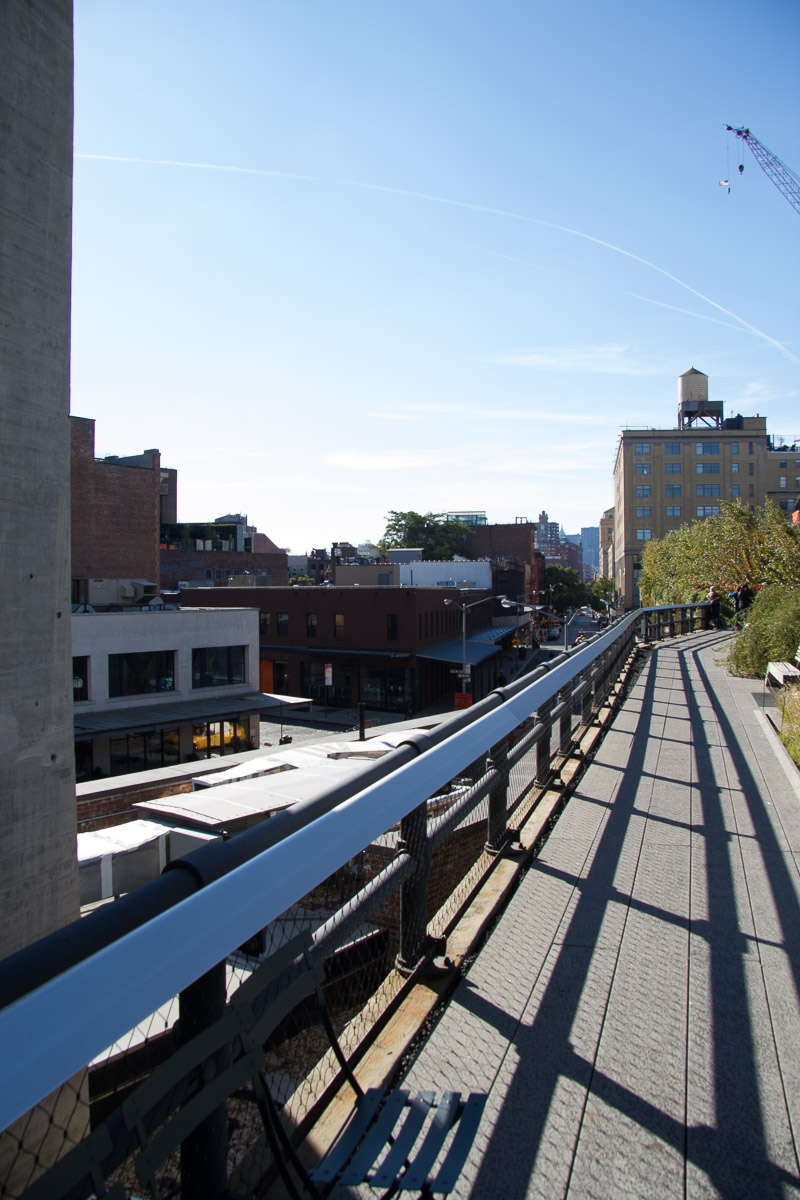 The old train tracks still remained on the High Line 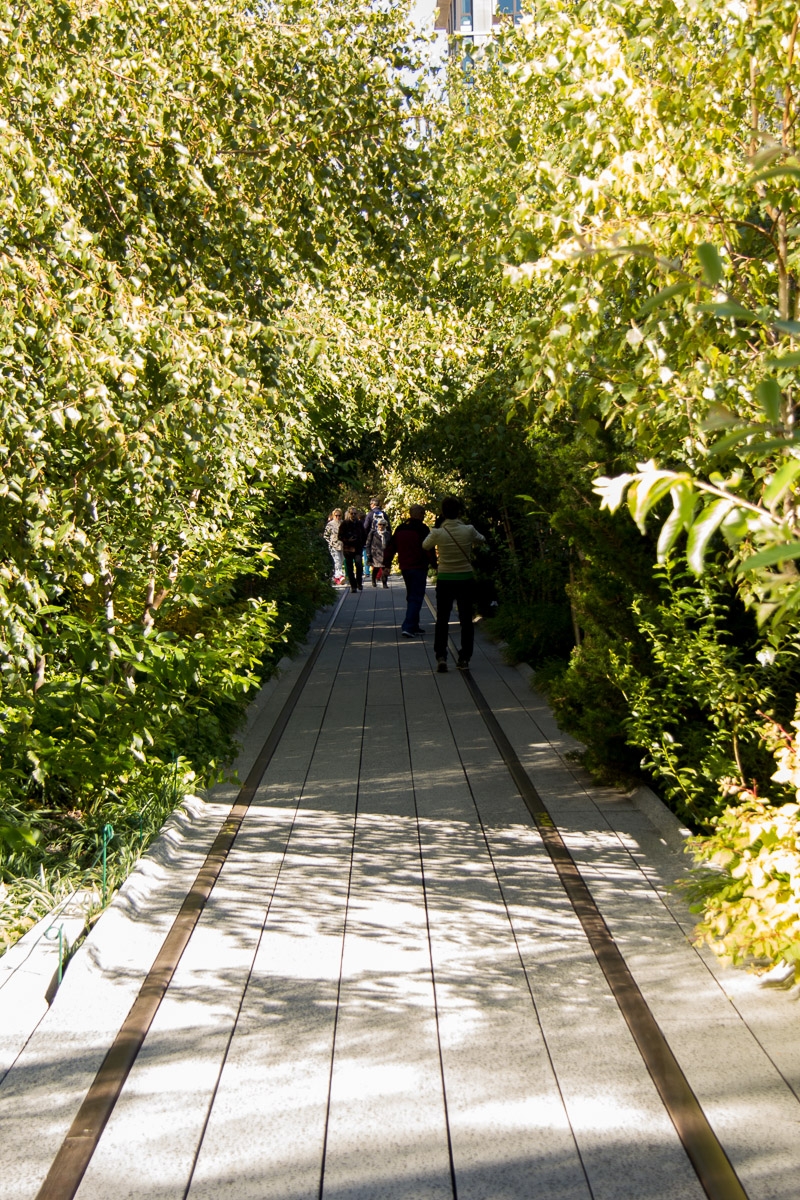 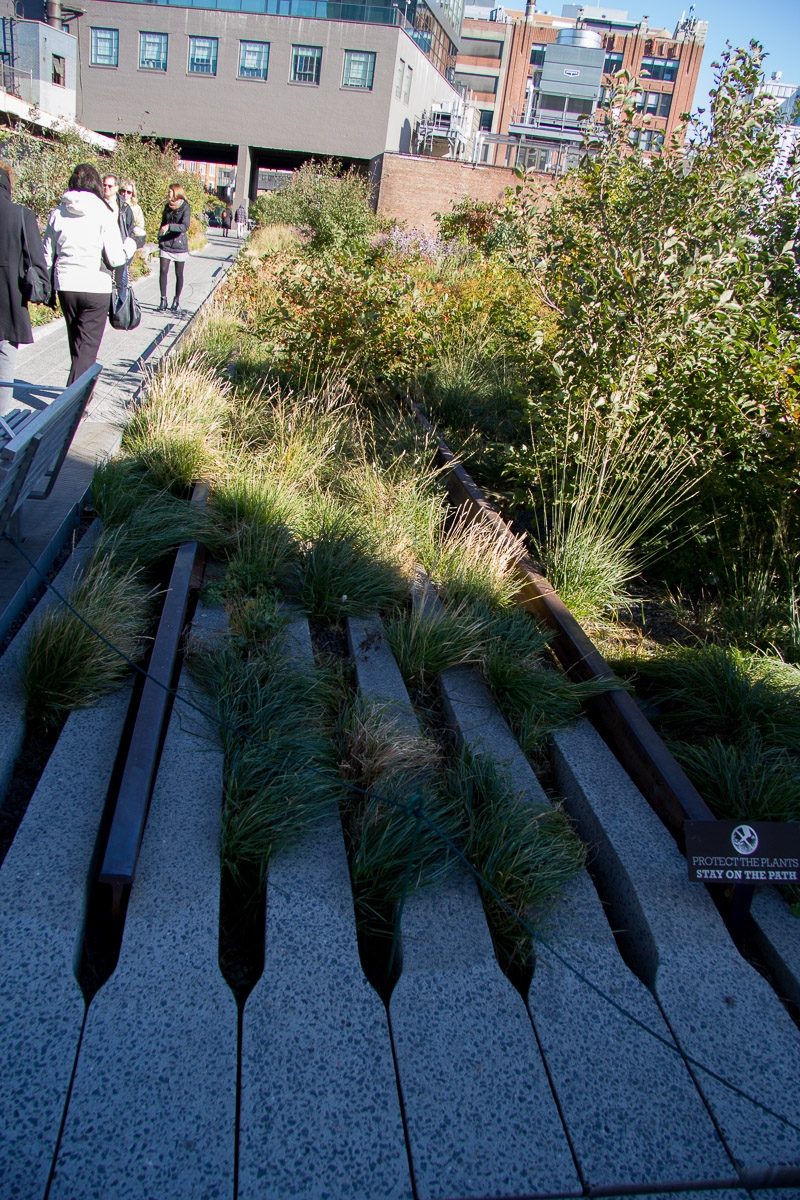 There were many of these very cool benches to use to sit or rest! 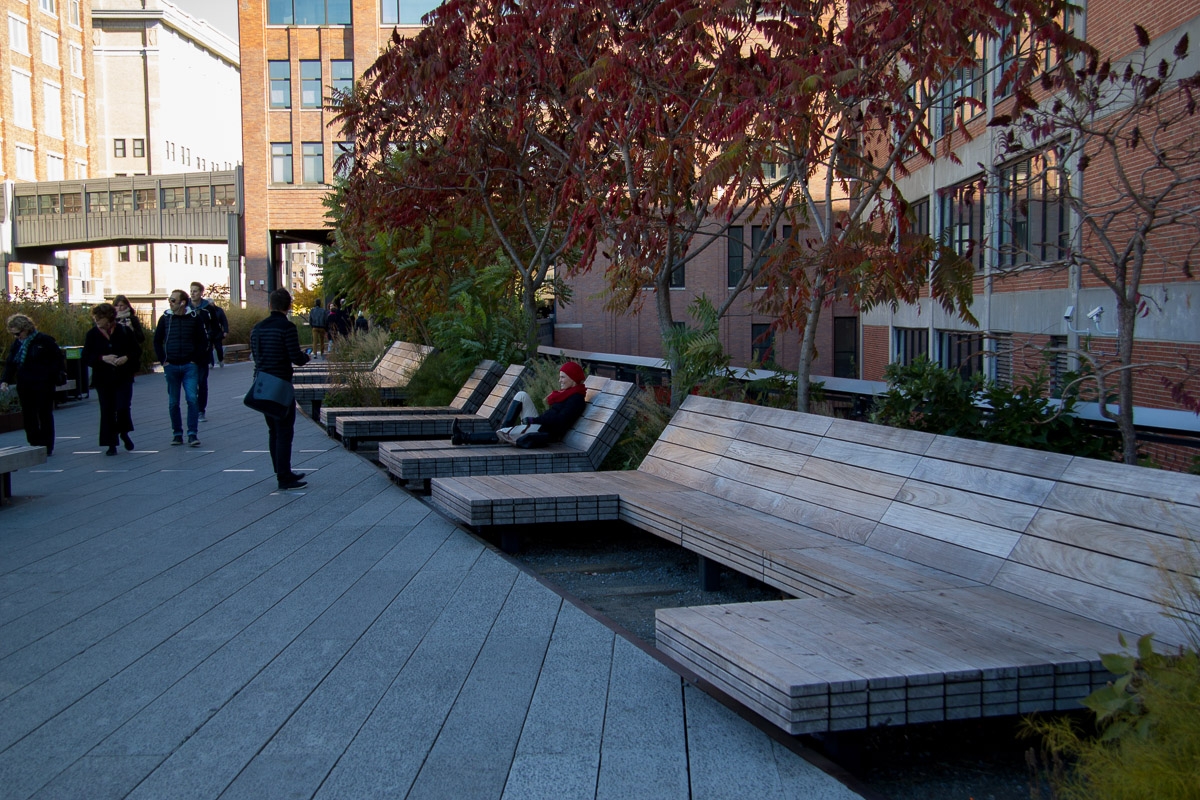 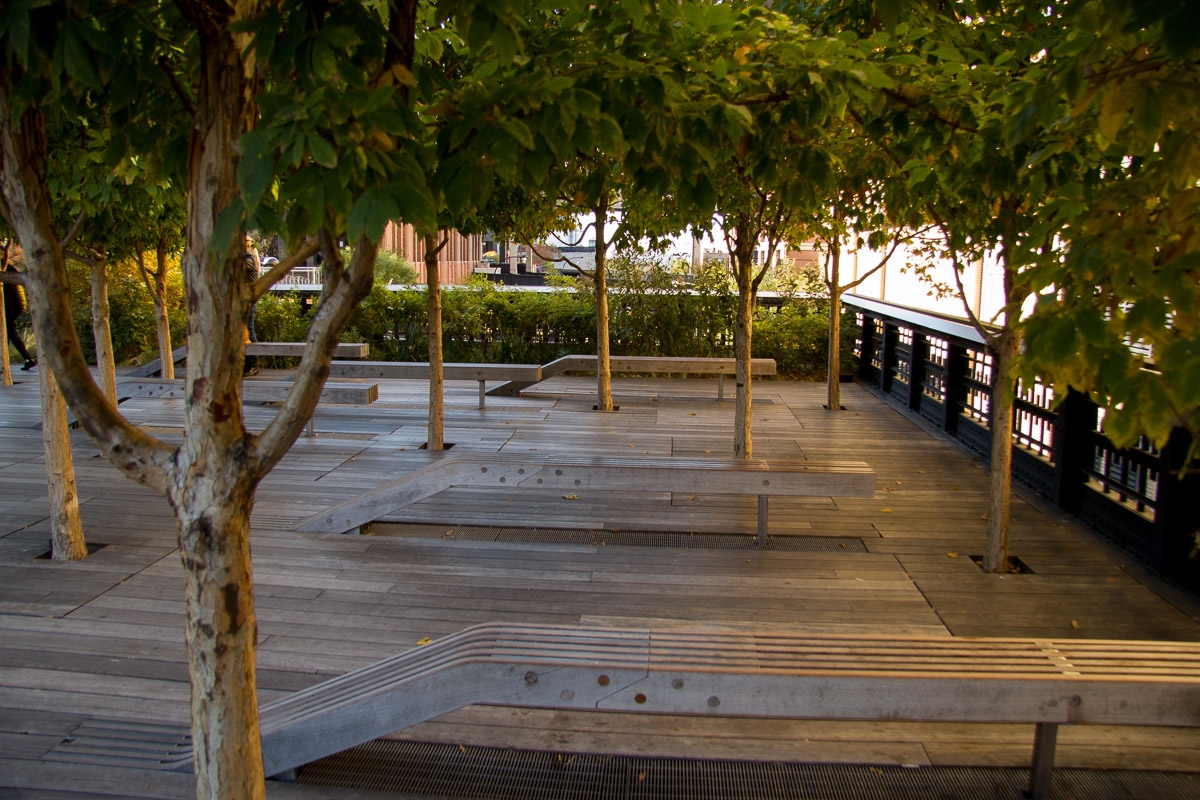 And of course there were many cool views the city from the High Line. 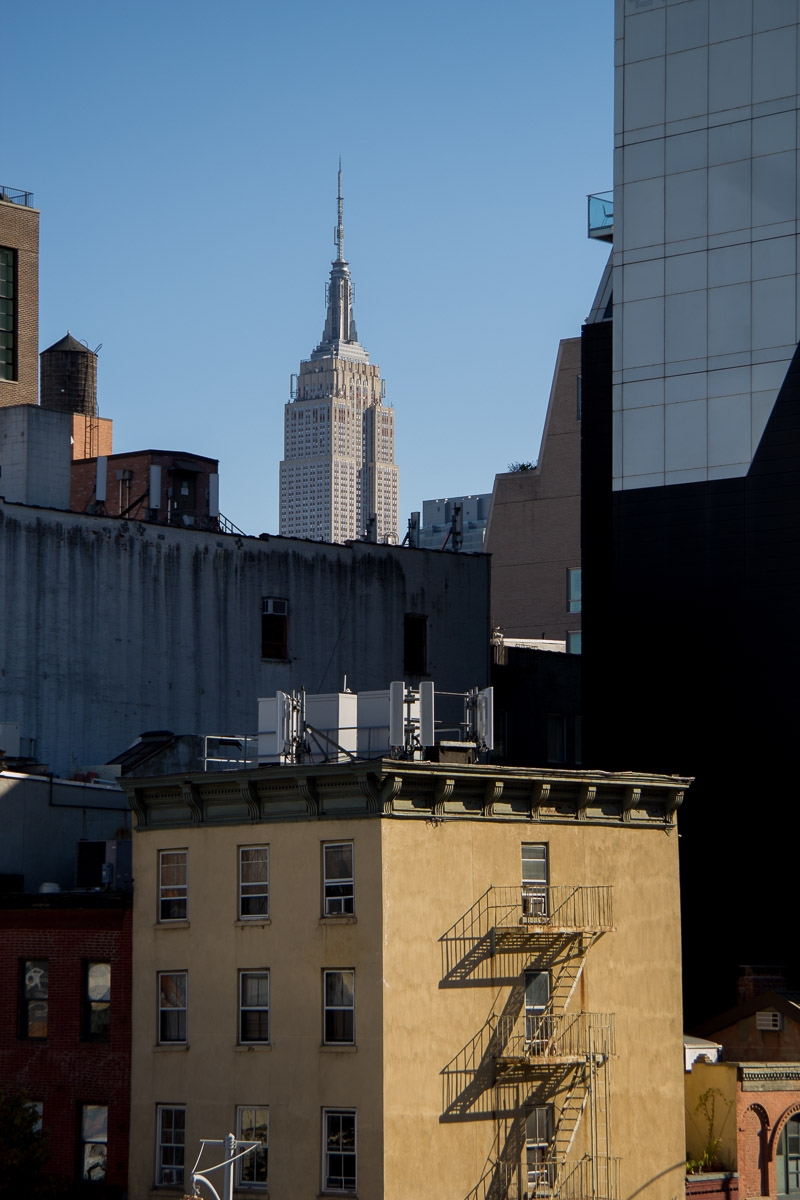 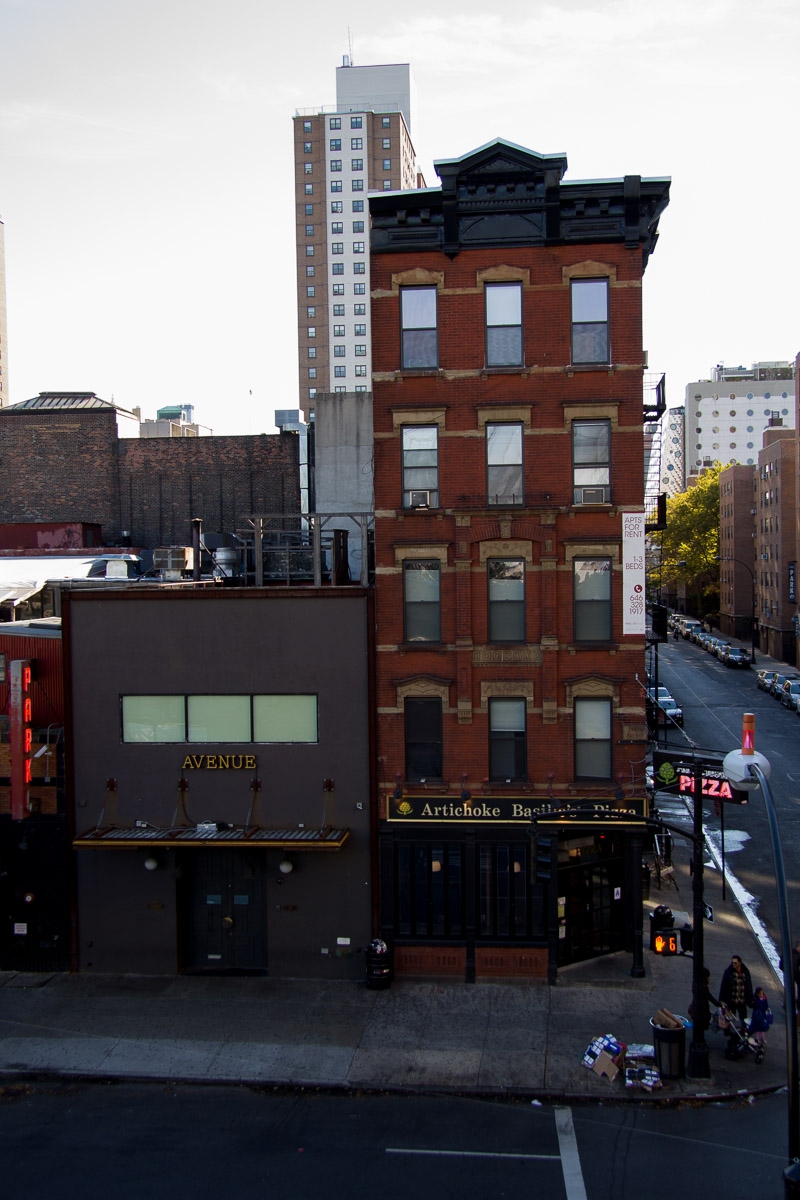 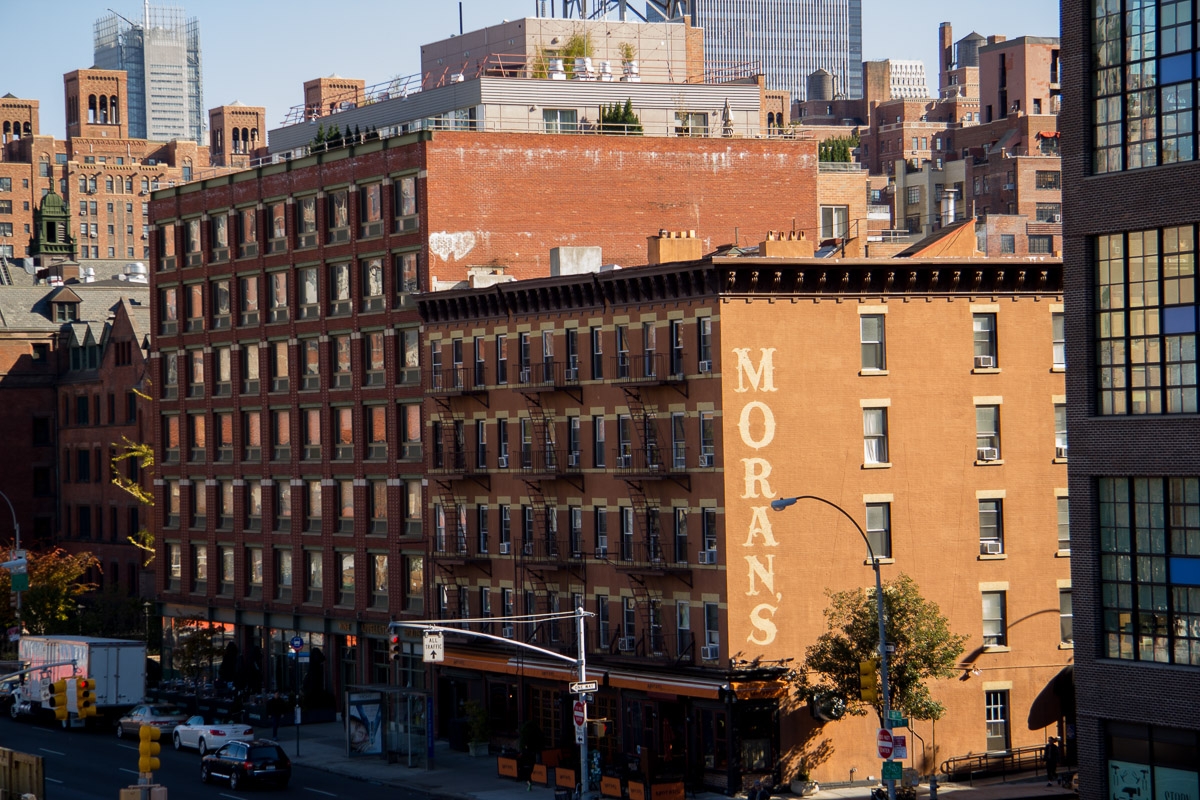 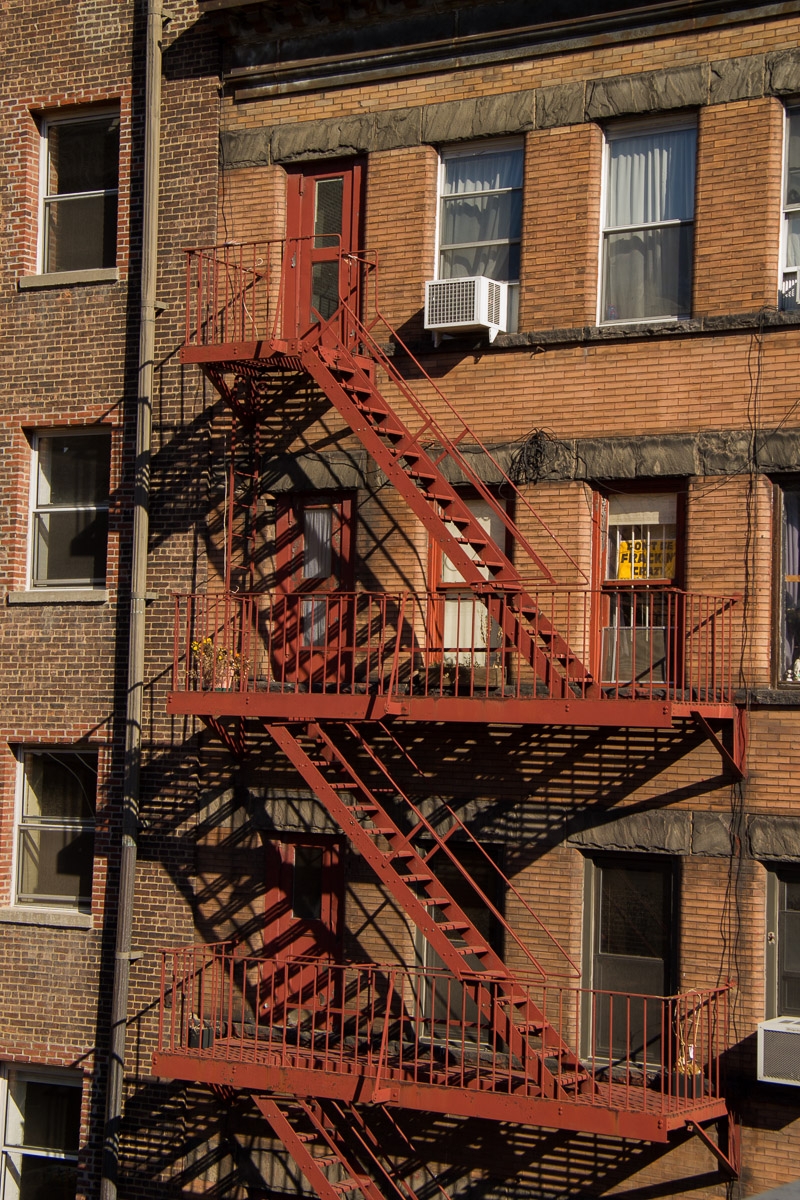 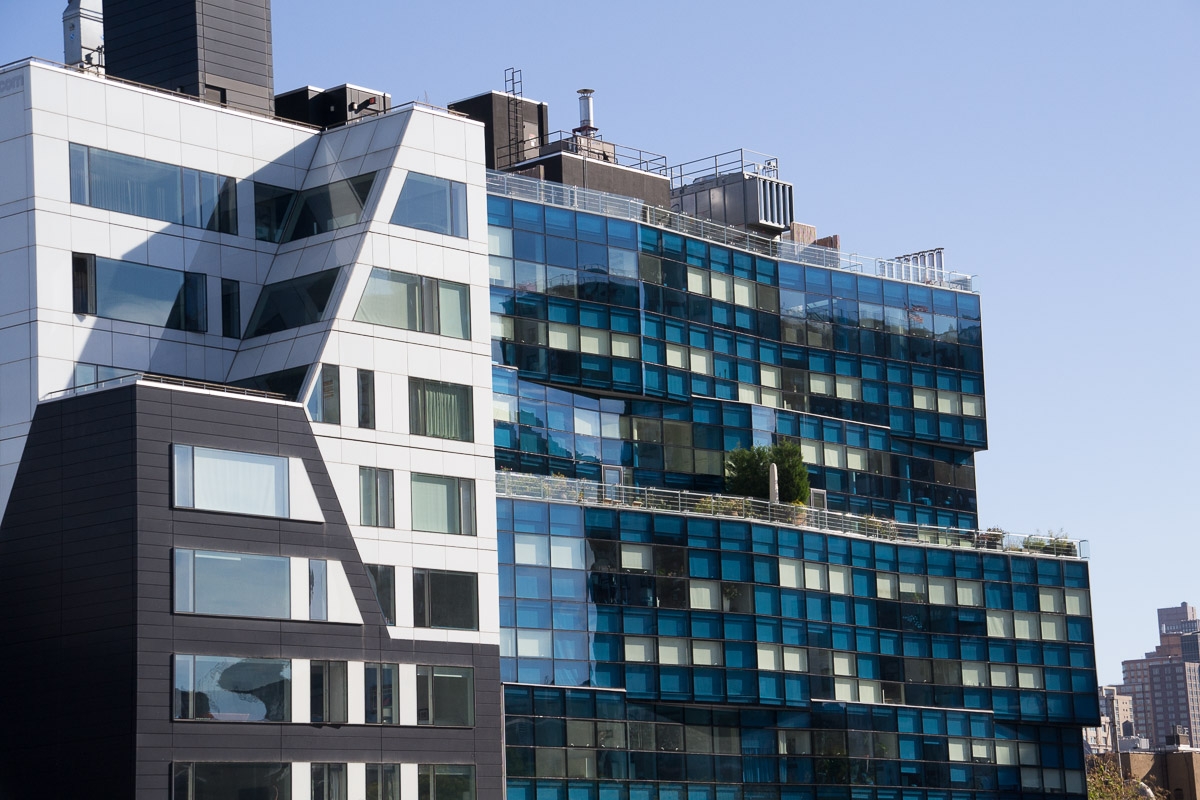 I really enjoyed these seating areas that had had stadium-style benches and windows to watch the city activity below! 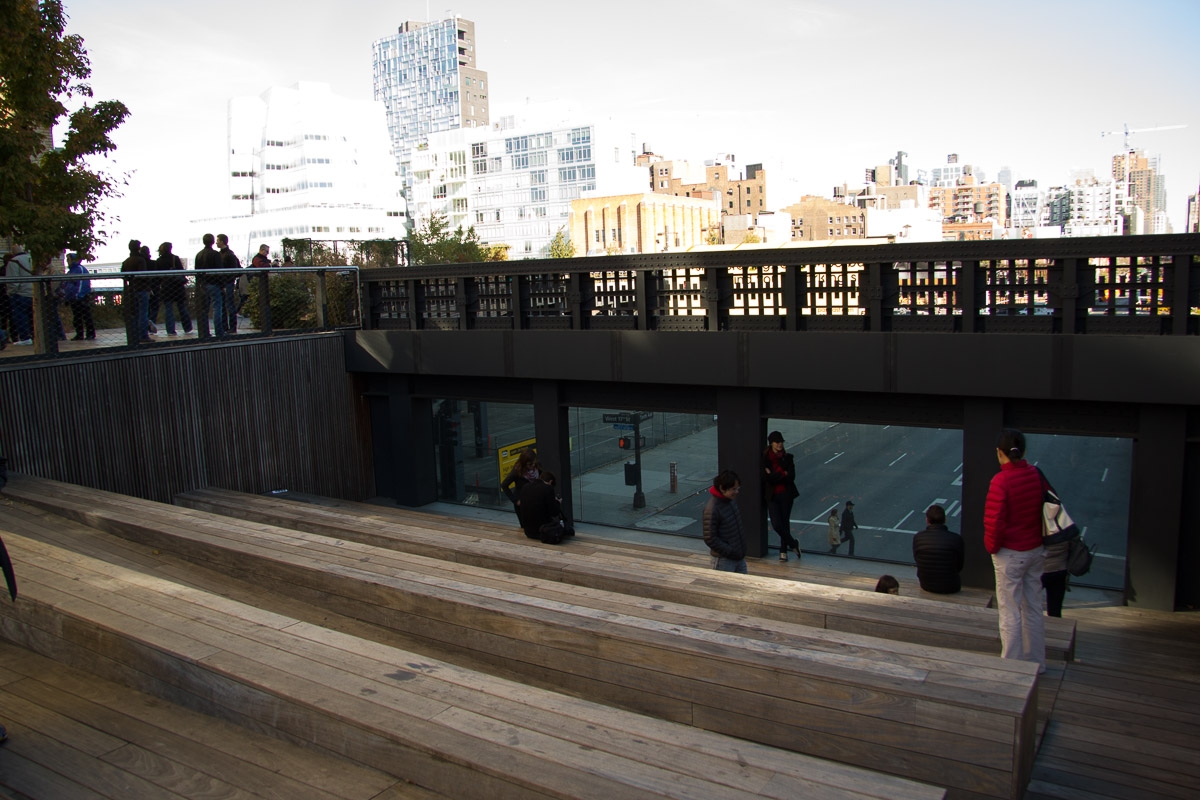 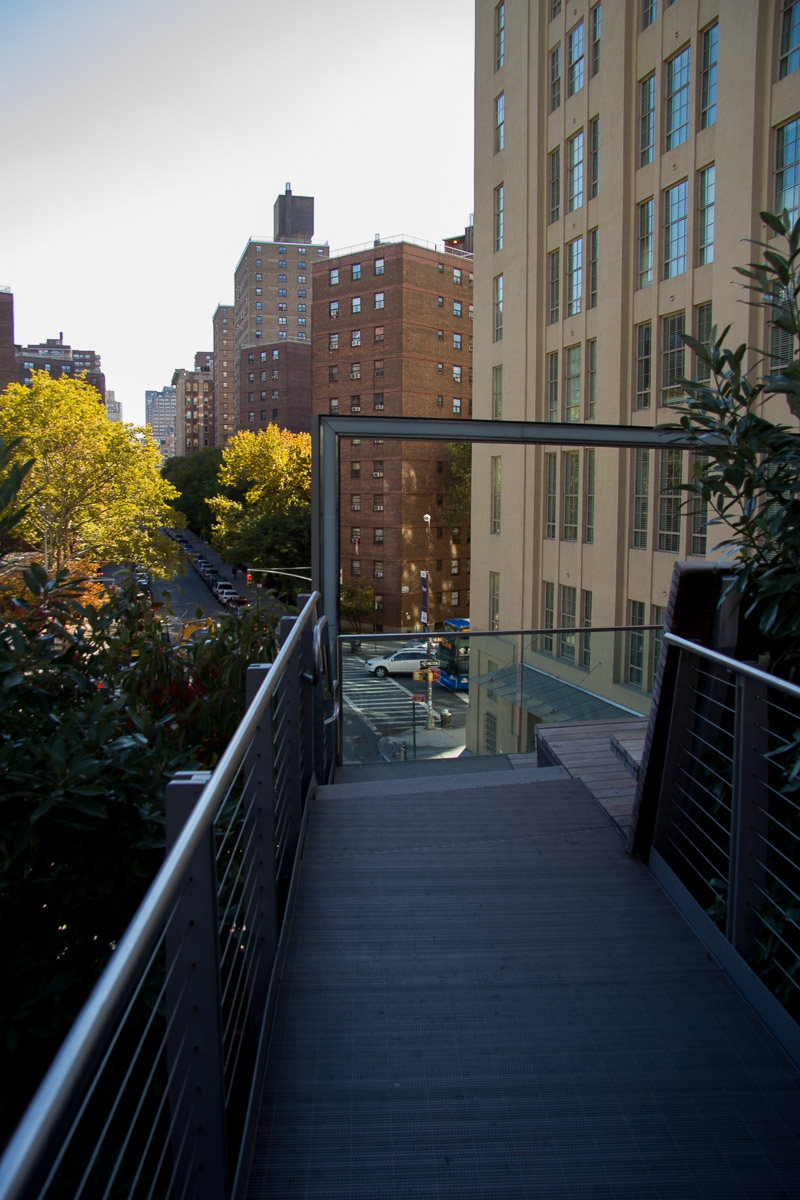 There were some installation art pieces along the walk. 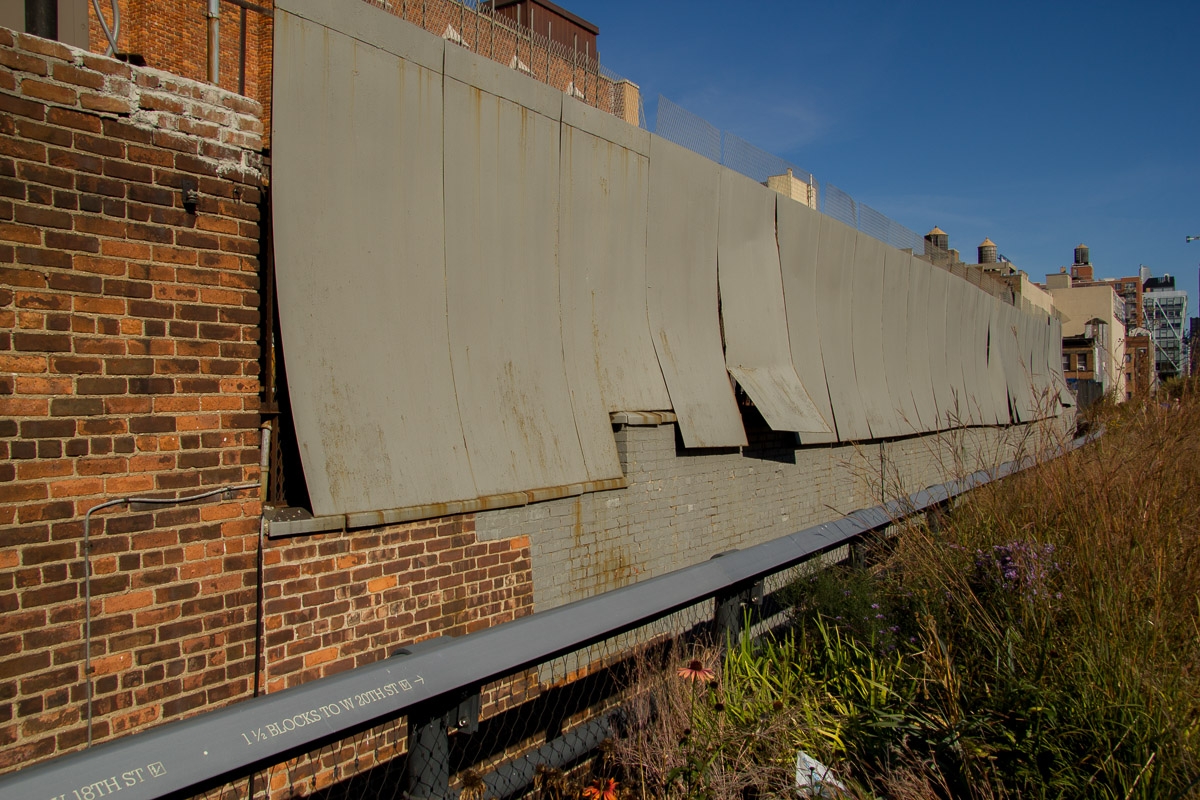 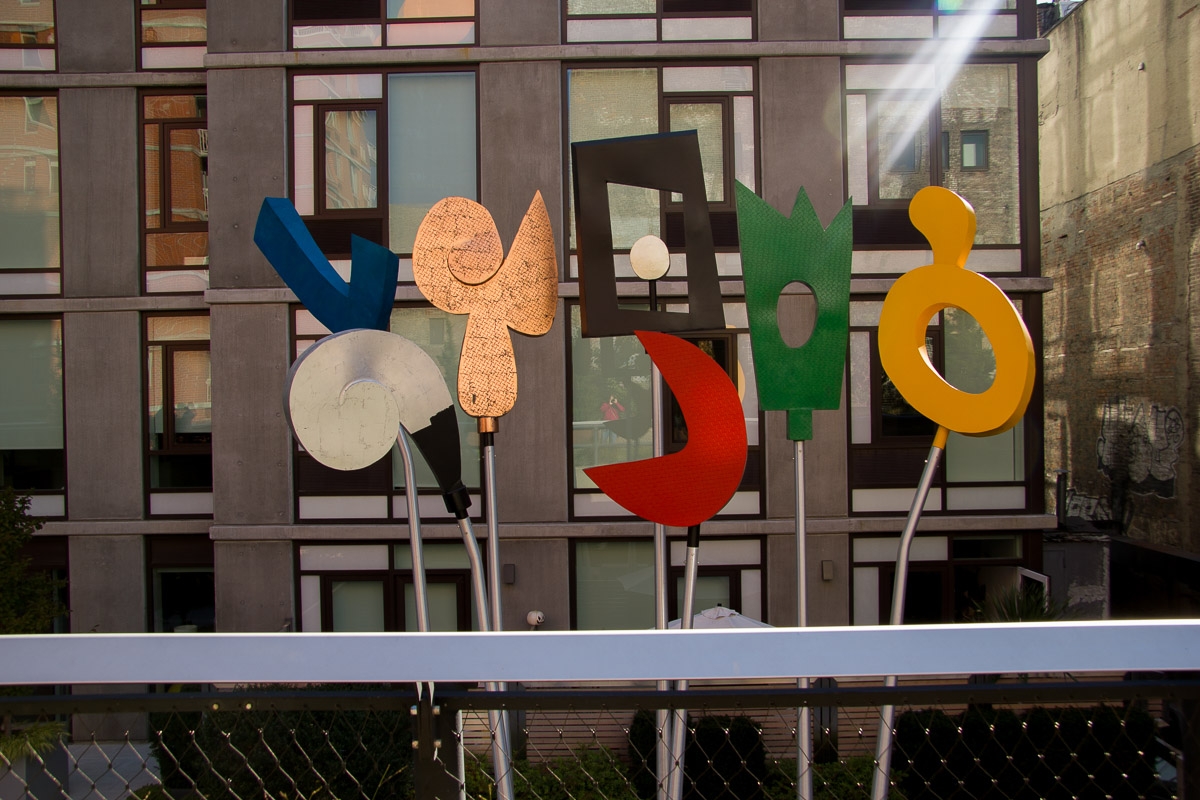 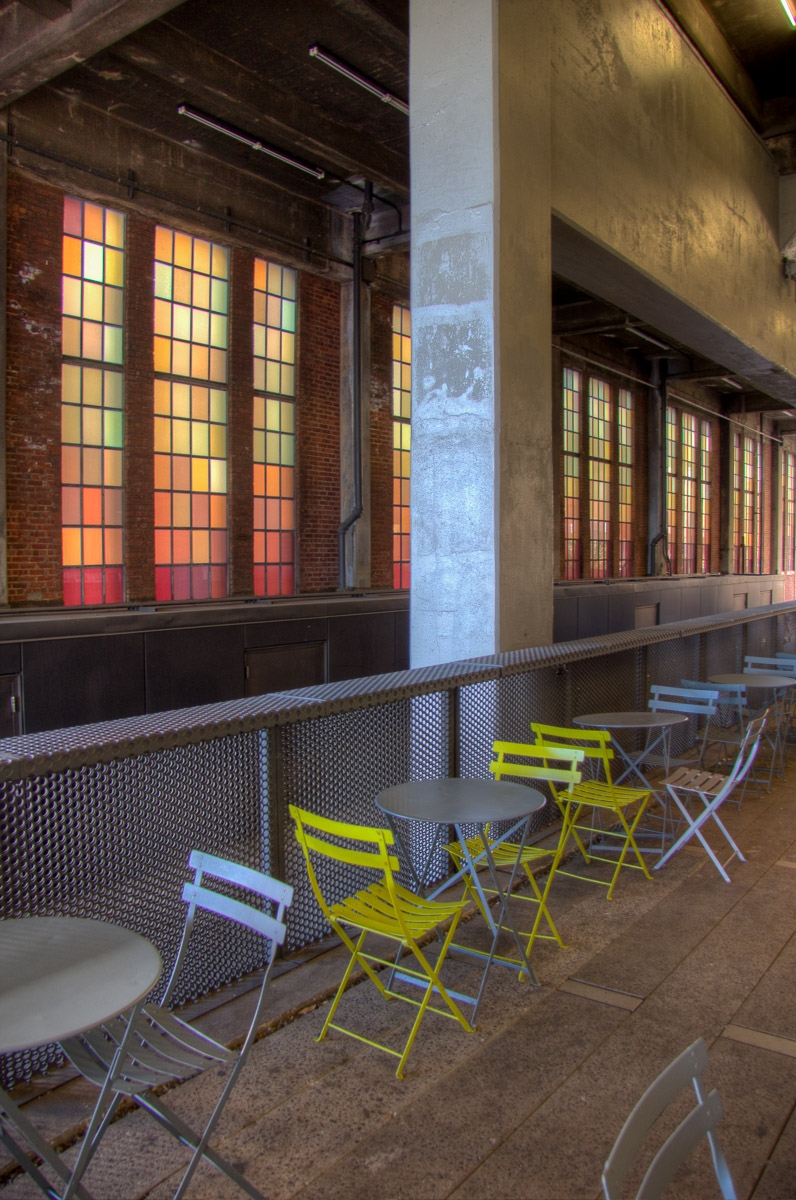 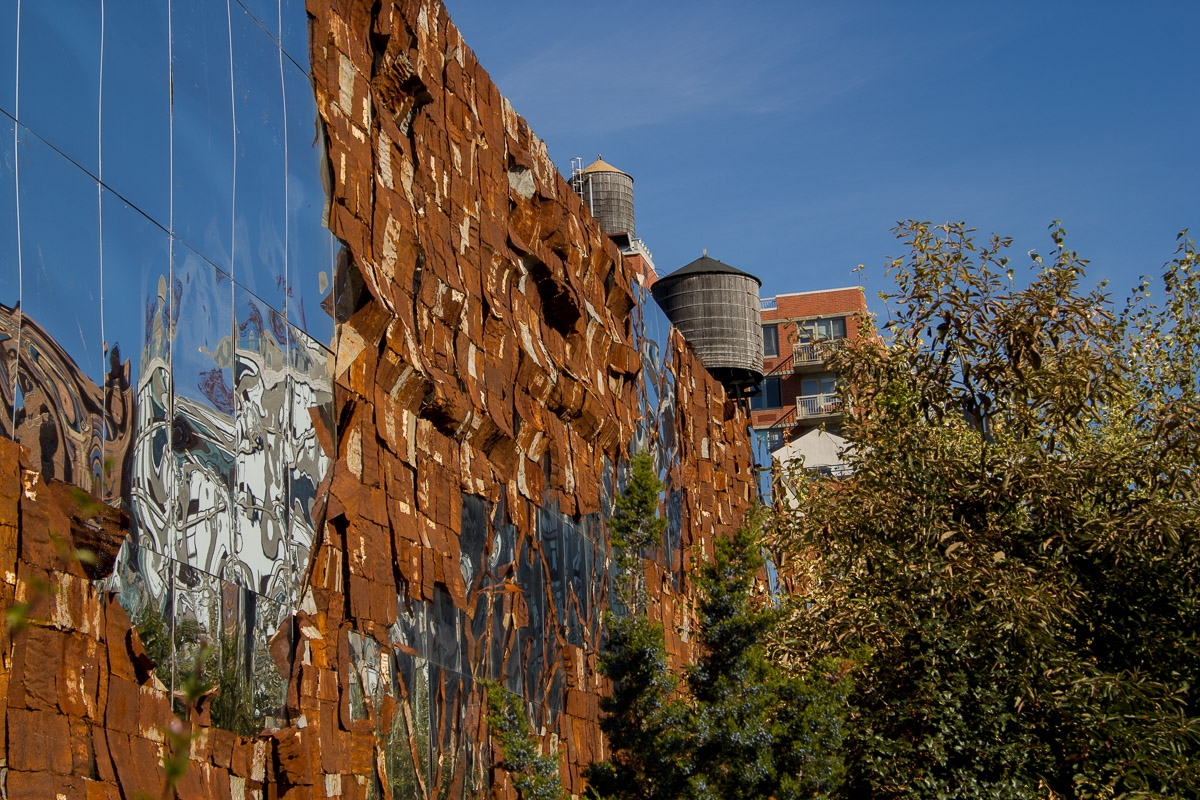 There were a few vendor-style eateries, but since it was still early, most of them weren’t opening until lunch time, except for one or two places that sold coffee. 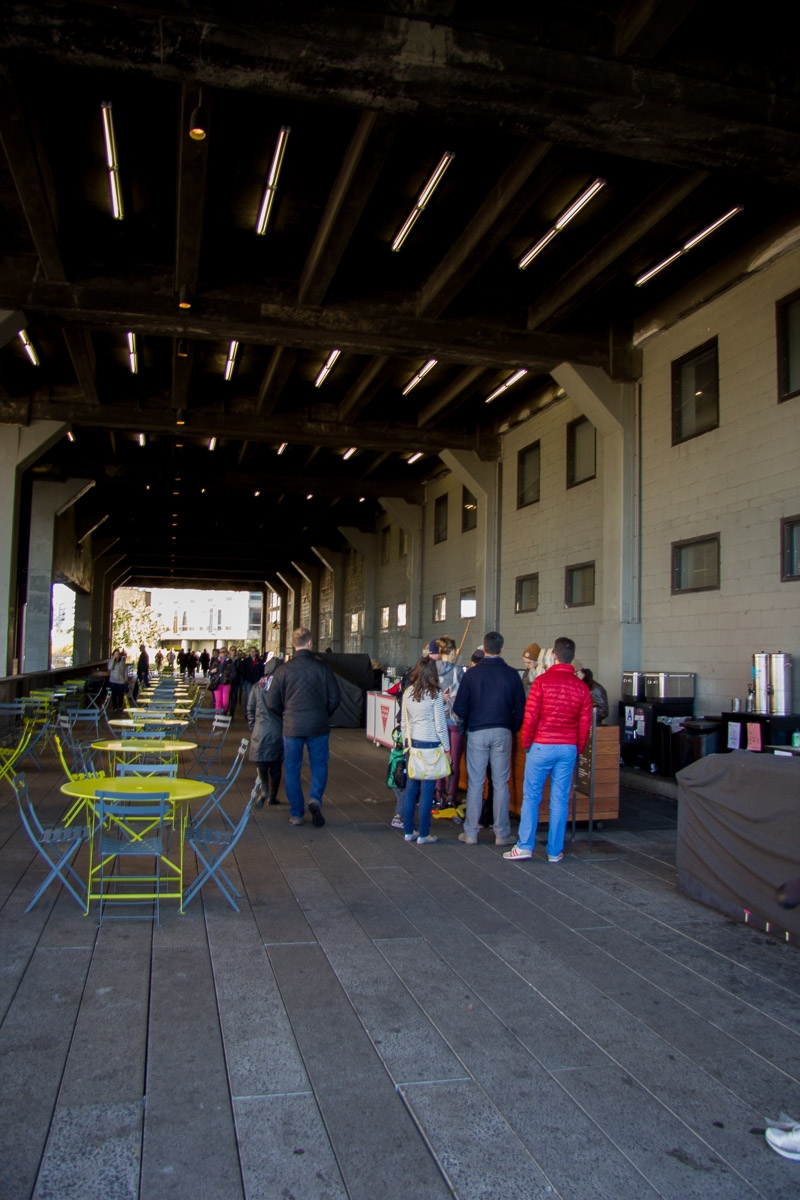 And then we reached the end of the High Line, which is scheduled to expand in the next few years. I highly recommend the High Line the next time you’re in New York City. We were there on a Sunday, but got there around 9:30AM, and it wasn’t terribly crowded. 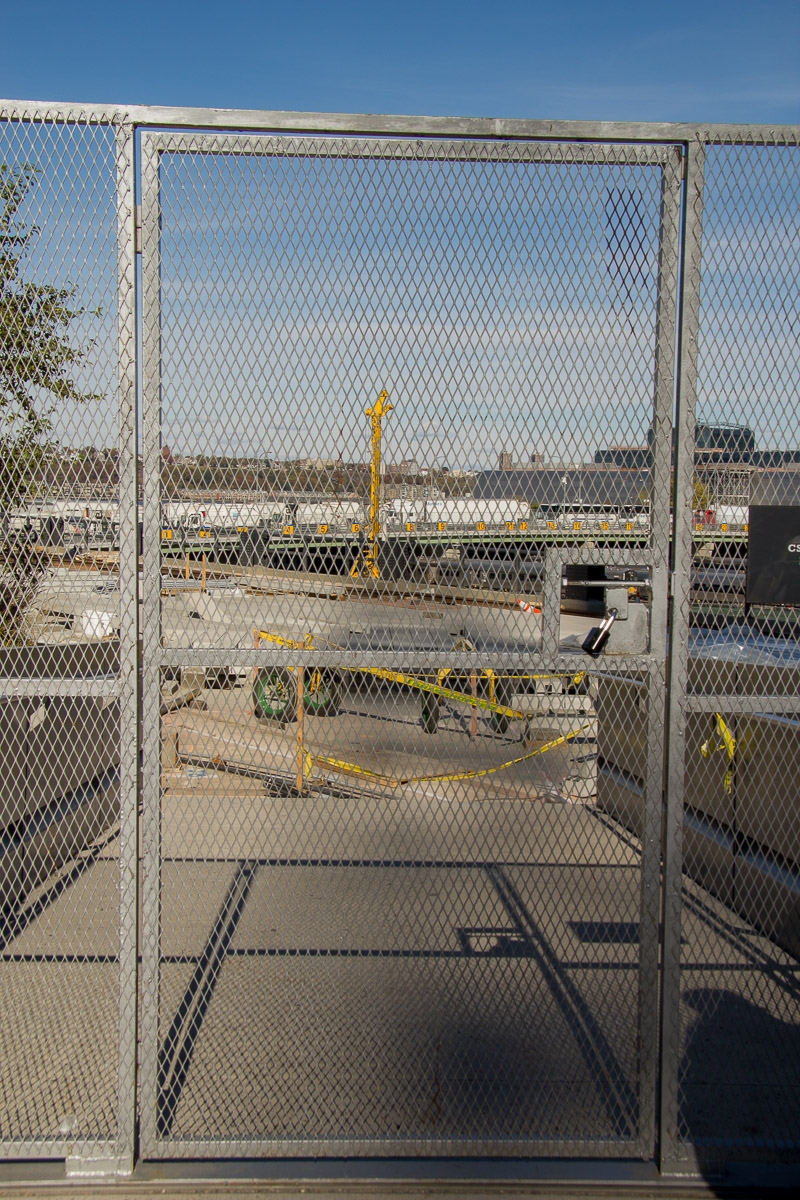 After our walk along the High Line, we had one thing on our mind. LUNCH. It was 11AM, and sadly, many of the restaurants in the area weren’t opening until 11:30! I was having flashbacks to our first evening in NYC and the late night dinner debacle. I was thinking to myself, “Umm, it’s Sunday. Shouldn’t every place in NYC be serving brunch at this time?” Or maybe that’s just a stereotype of New York?

Anyway, we finally found a place called Pizza Suprema, and it was open, and it was SO fantastic. It was very small and charming, but since it was still early, it wasn’t crowded. (I’ve since read online reviews for that place that said it can get very crowded there). It was also very reasonably priced.

One of our planned stops for the day was B&H photo, and we were very happy to find that it was a very (VERY!) short walking distance from the pizza place. In fact, we just kind of saw its signature green awnings out of the corner of our eye as we were walking around the area after eating our lunch.

For those of you who don’t know, B&H photo is like a huge electronics superstore. HUGE. 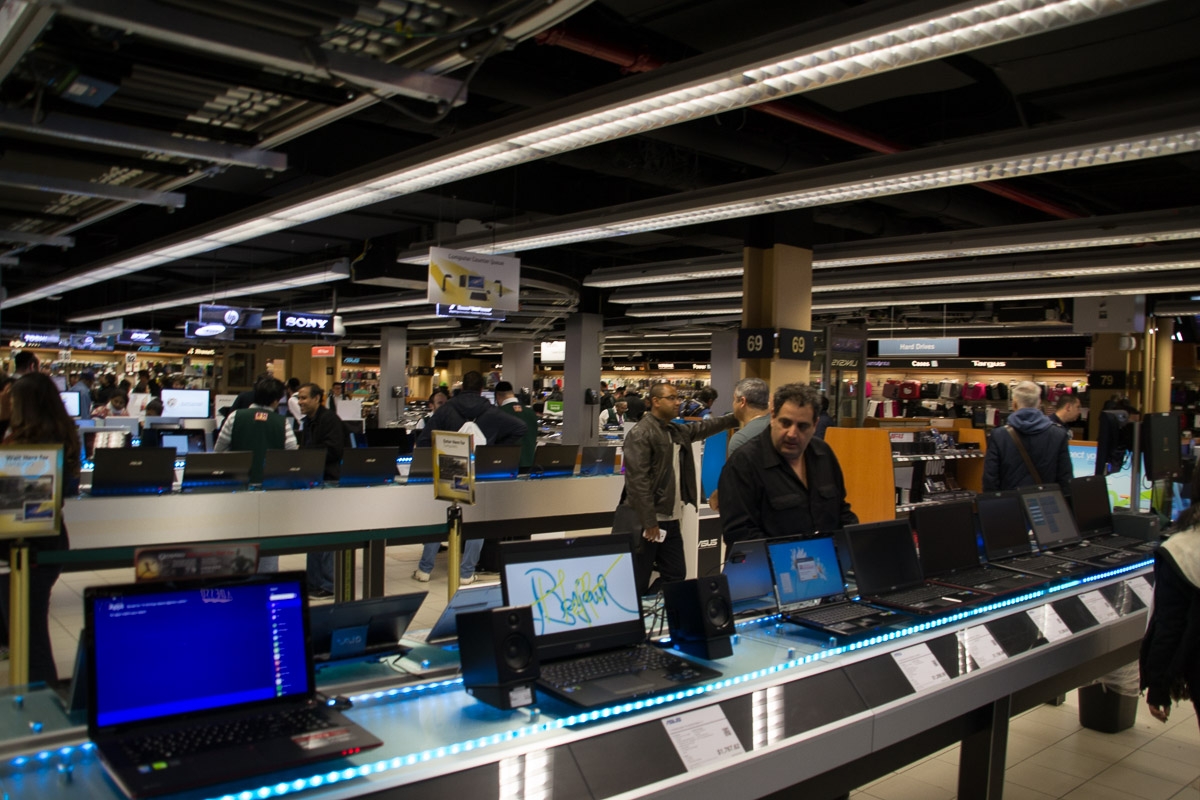 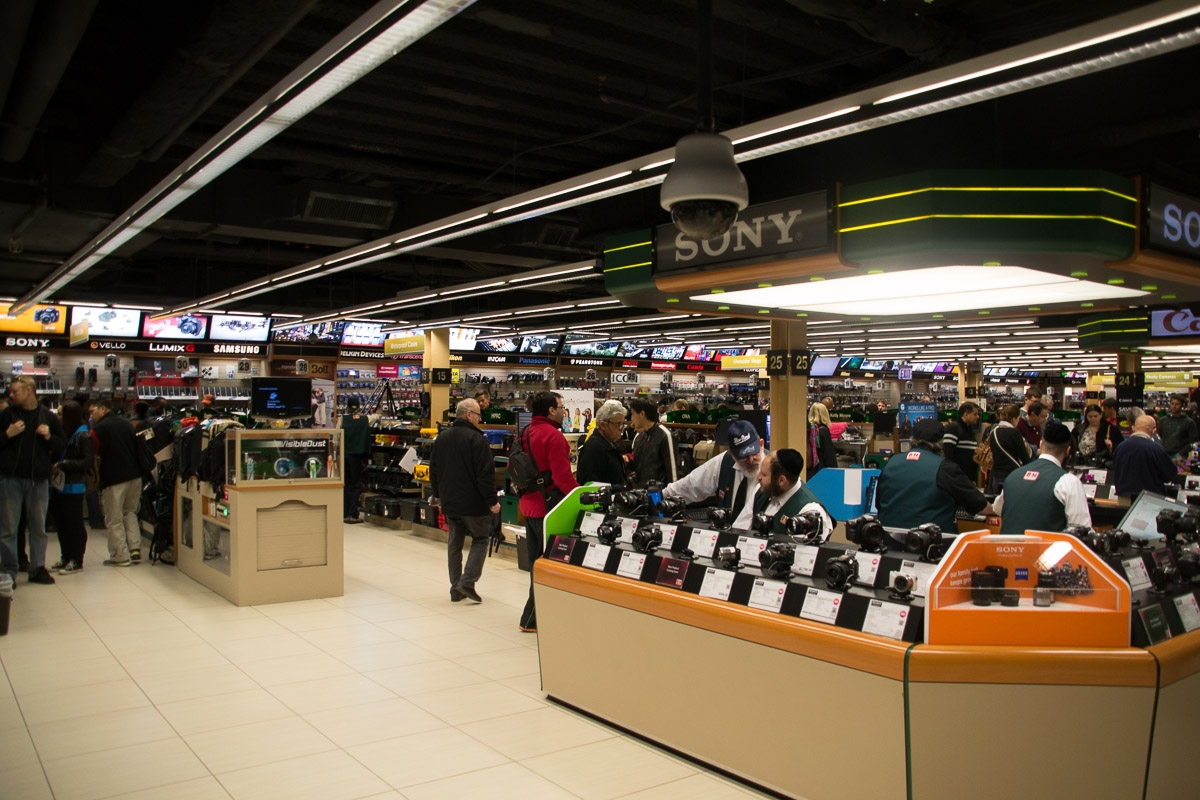 After a long stroll throughout B&H, we hopped in a cab to go to Greenflea, an outdoor Sunday flea market. I was very disappointed. From online reviews you would’ve thought this place was like some amazing antiques market, but really, it was pretty much just junk. And my standards are pretty low. 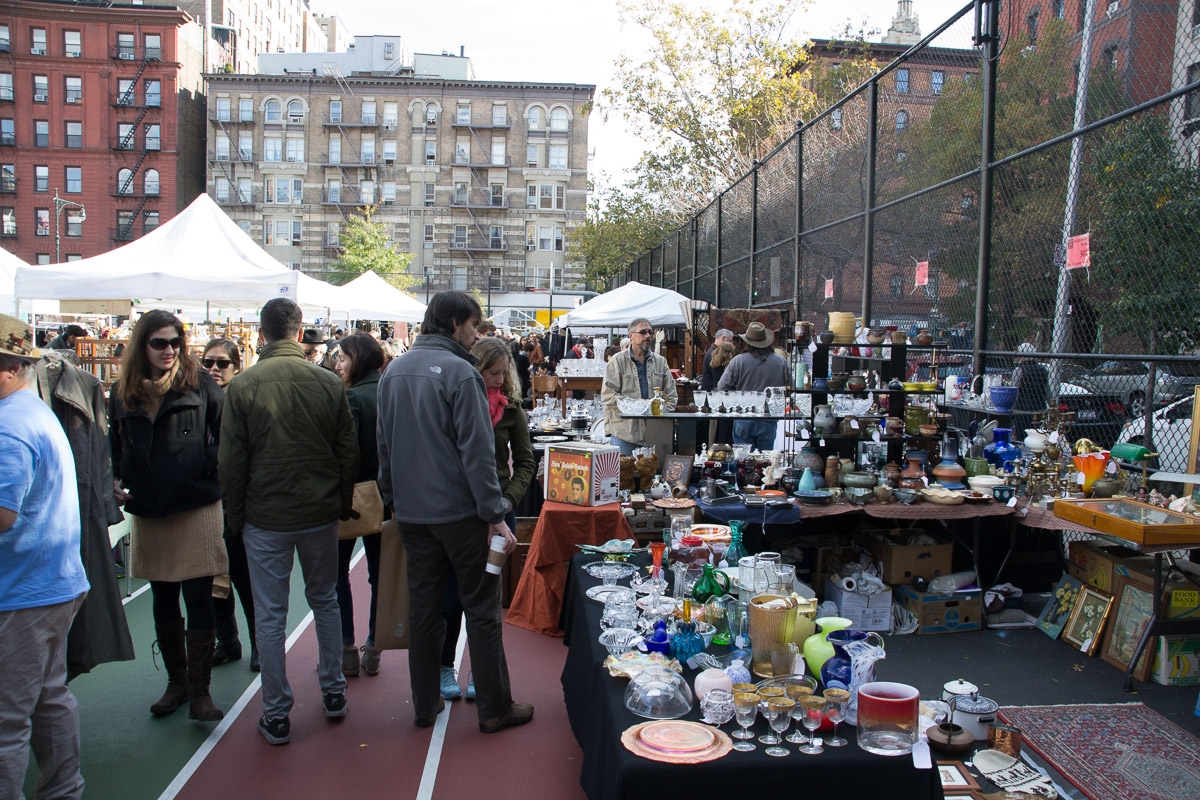 Although it was tempting to buy some of these vintage cameras. 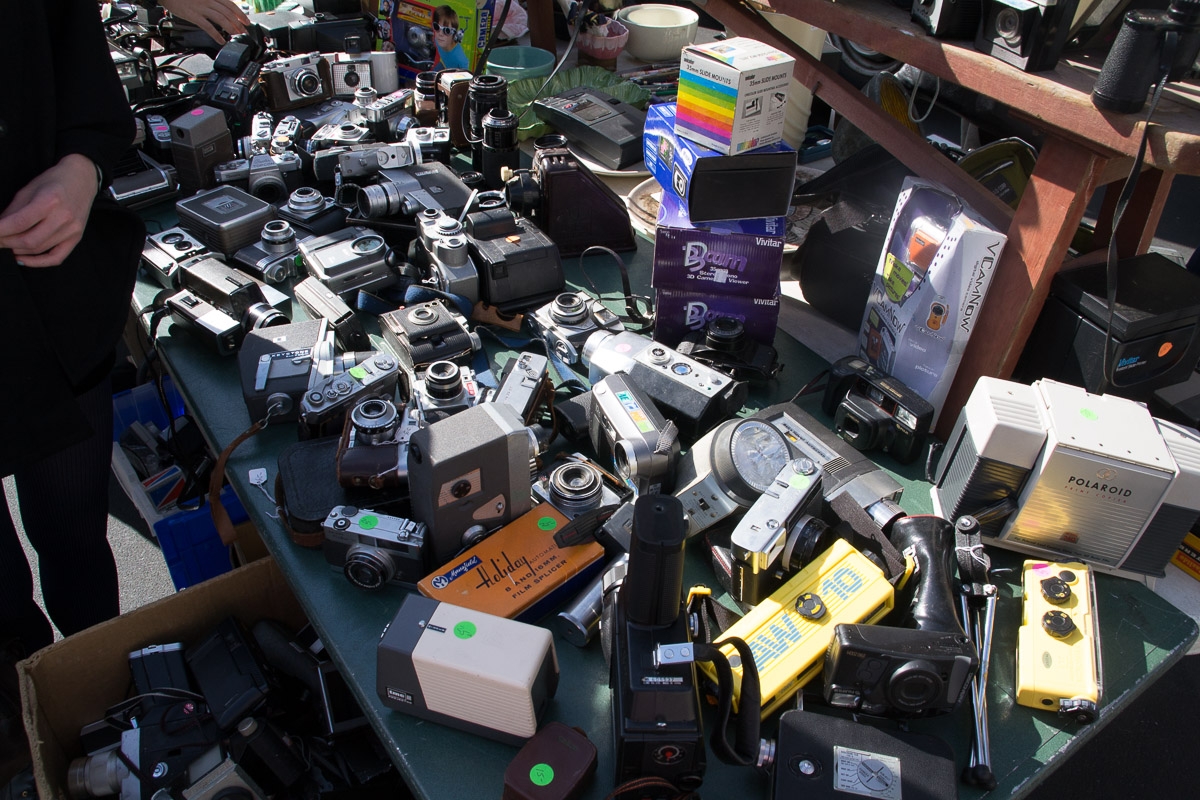 Our train was scheduled to depart New York’s Penn Station at 6:00PM. But by this point, it was around 2:30PM and we had hit all our planned stops for the day. So we headed back to the hotel so I could call or go online to change our tickets to an earlier train.

Once we got to the hotel, I logged into my Amtrak account and tried to change my ticket online, which looked like it should have been pretty straightforward. But apparently award tickets (I had booked using points) can’t be changed online. I was able to call and change our reservation to the 4:00PM train with no fees or additional costs.

So we got our luggage out of hotel storage, and got a taxi to take us to Penn Station! We had had such a great time in New York, but we were ready to head home!