As I alluded to a few times here on the blog, Ken and I went to Walt Disney World last year. We hadn’t been there in more than seven years, and I was itching to go to the EPCOT Food and Wine Festival. Plus, I really wanted to experience Disney by staying at a Disney property hotel. Every time I’ve been there, even as a kid, we never stayed on property.

We decided to invite Ken’s sister and her family with us. They had been talking about taking their daughter (now 8-years-old)  to Disney for YEARS, but they could never quite make it work. They had a 2nd little one, and we started to think that the “magic” of Disney might get lost on the older daughter if she didn’t go to Disney soon. And without going into details, Ken’s sister’s family had had a difficult year, so we wanted to do something special.

Between my affinity for airline points and tracking down good deals, we offered to pay for their airfare to Orlando and their hotel, if they could manage their own park tickets.  It didn’t take too long for everyone to come to agreement! 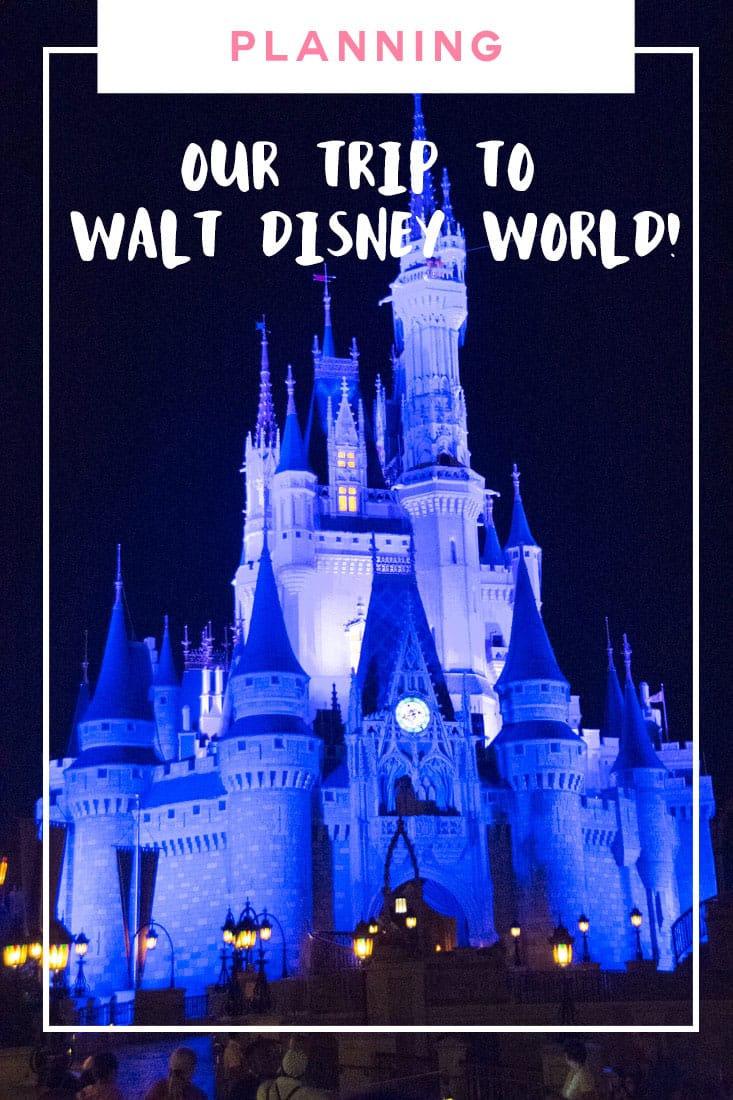 Flight Options & the Upsides of Traveling in the “Non Peak Season”

I just had one stipulation for the Disney trip.  I don’t do Disney in the summer. Hell to the no. The heat, the crowds, the crazy hotel prices, and the afternoon thunderstorms are just too much. Plus, I really wanted to go for the EPCOT Food and Wine Festival, which runs from September to November. With their daughter (our niece) being school age, I wasn’t sure how this would go over.  But, luckily they were able to find a week in October where our niece had a half day Thursday and a full day Friday off from school.  We decided we’d depart on a Tuesday night, that way she’d only have to miss a full day Wednesday and half day Thursday of school.

Another upside of traveling that time of year (and on less-traveled day of the week like a Tuesday?) Flights were very cheap. I redeemed a total of 20,658 Southwest points (3443 points each) for six tickets from Baltimore to Orlando. (For those not familiar, Southwest points redemptions are revenue-based, so the lower the cost of the ticket, the fewer points it “costs” to redeem the points. Tickets were very cheap, $69 each I think, so that’s why the points redemption was also cheap).

For return flights, we actually returned to different airports. I booked my sister-in-law and her family on Spirit Airlines back to Baltimore, and Ken and I flew American Airlines back to Washington’s Reagan National Airport, since that airport is closer to our house. For the return tickets from Orlando, prices were very reasonable again. $85 per ticket on Spirit per person, and that included pre-paying for a checked suitcase, and $158 per person for me and Ken to return to Washington National. We were flying on a Sunday, so that would likely explain why the tickets were more expensive than when we flew down to Orlando.

We also considered lots of hotel options, including a “DVC rental,” but ultimately decided on the Port Orleans Riverside. (I’ll cover the DVC Rental options in a future post).  I booked the Port Orleans Riverside using hotels.com.  Unlike “chain” hotels or airfare where using a third-party booking site like hotels.com or Orbitz is not a great idea, it works really well for Disney hotels.  Plus, since I booked two separate reservations for five nights each (our room plus my SIL’s room), I instantly got a “free” night through hotels.com rewards program, where if you stay 10 nights, you get a free night.  I’ll talk more about this option in a future post too!

When did Disney Become So Complicated?

And, I had to learn a lot about Disney for this trip. Like Dining Reservations!?!  I had never made a dining reservation in my life at Disney before, and now it seemed like it was almost a necessity. And fastpass+ reservations?!?  Never used those before either, so I had to learn how to reserve those too and learn about how they actually work!  I actually had a lot of fun learning both.

I’ll talk about our trip to Disney in several posts, including reviewing the hotel room and grounds, where we ate, how we planned our dining reservations, and the dishes we tried at the EPCOT Food and Wine Festival.

Have you been to Disney recently?  Especially as a “first time in a long time” visitor?  How do you think it has changed?

Last July on the Blog