Arriving in Vancouver in the wee hours of the morning and then having a train to catch to Seattle at about 6PM, we certainly didn’t have much time do see even a sliver of the sites that Vancouver has to offer. But, since our transportation option to the Pacific Northwest took us to Vancouver, we decided to make the most of the short time we did have in Vancouver. We spent all that time at Stanley Park. And holy smokes, we probably could’ve spent another full day or two JUST seeing that park.

Well, first, we started off with breakfast at Le Petit Belge, just a block from the hotel. They offered some amazing Belgian Waffles, both sweet and savory! (I got savory, and Ken got sweet!) 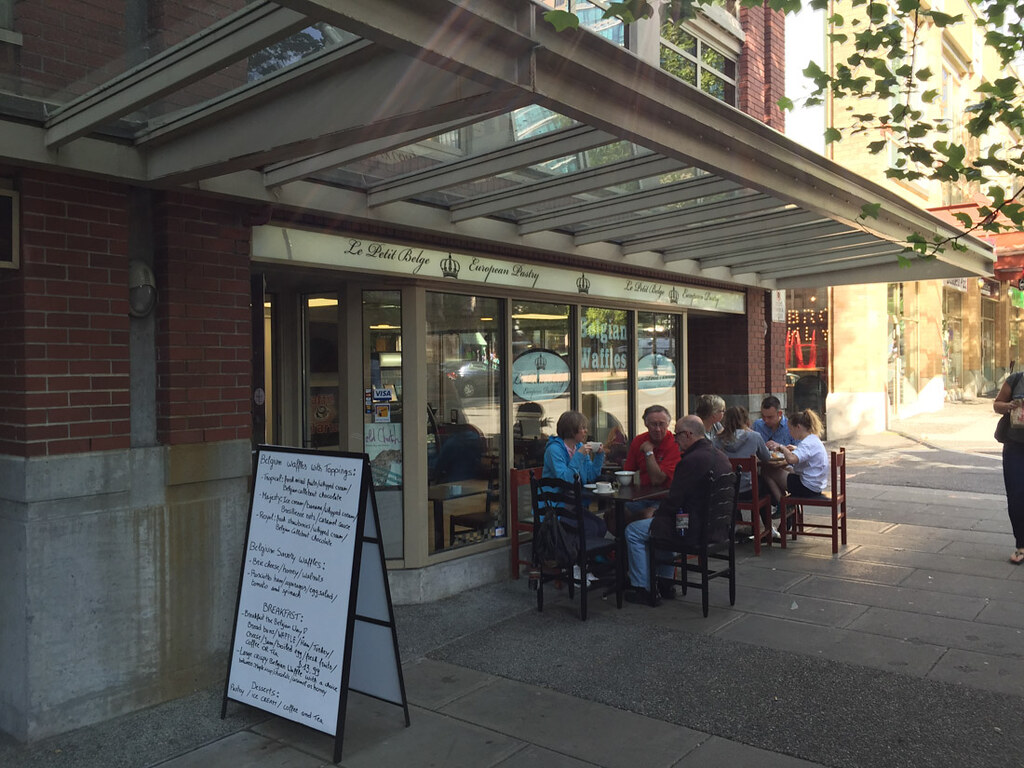 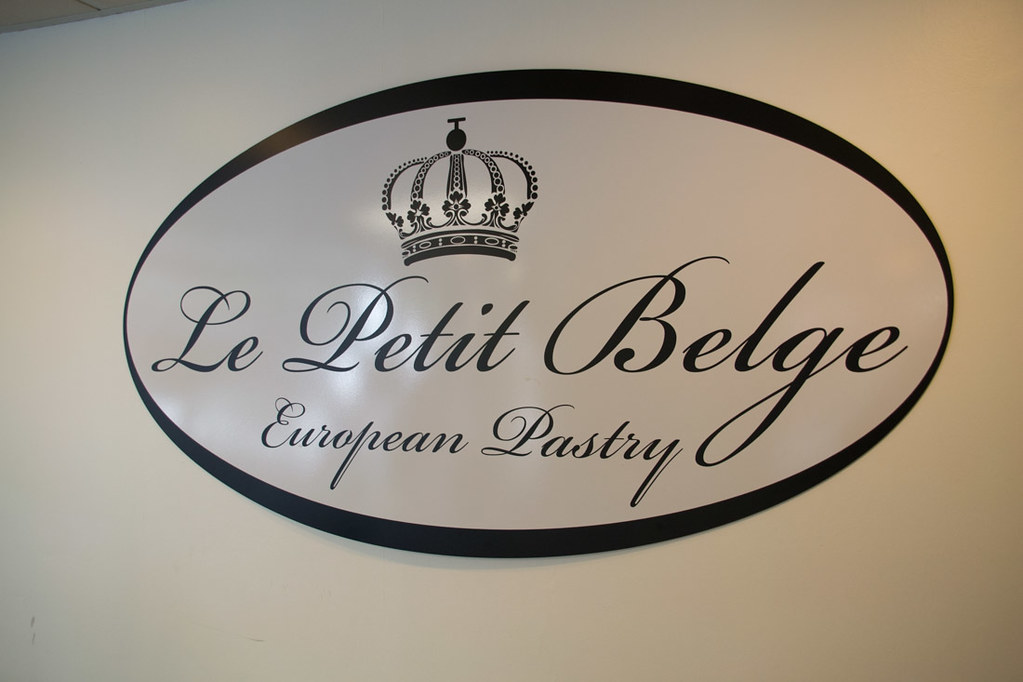 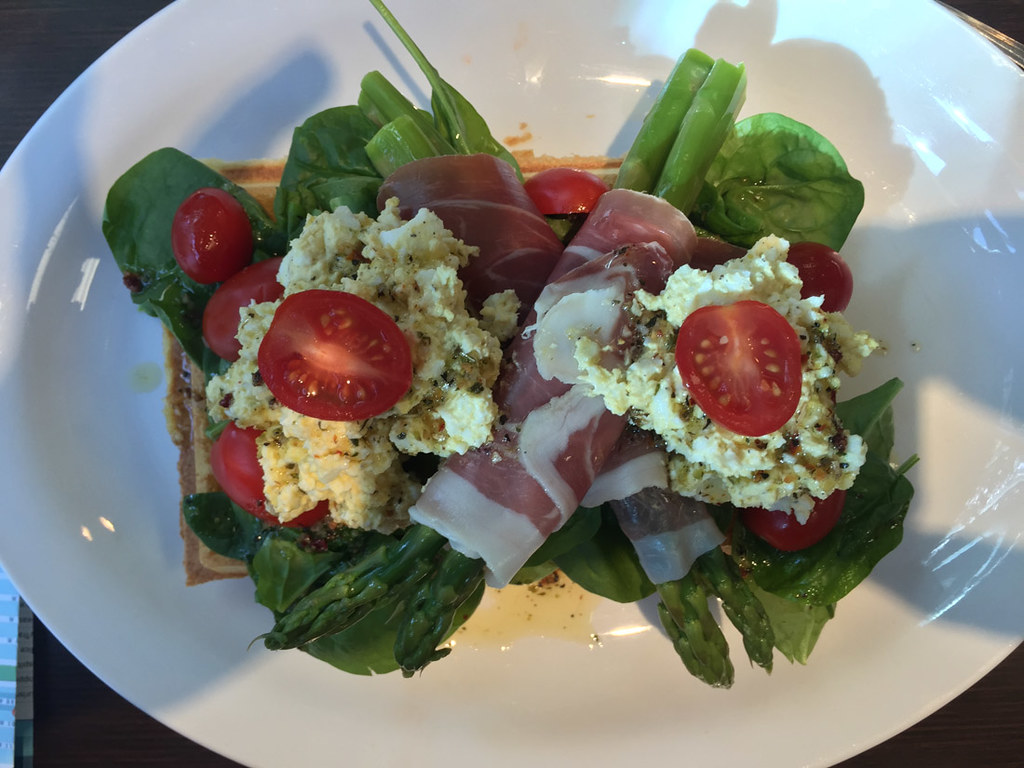 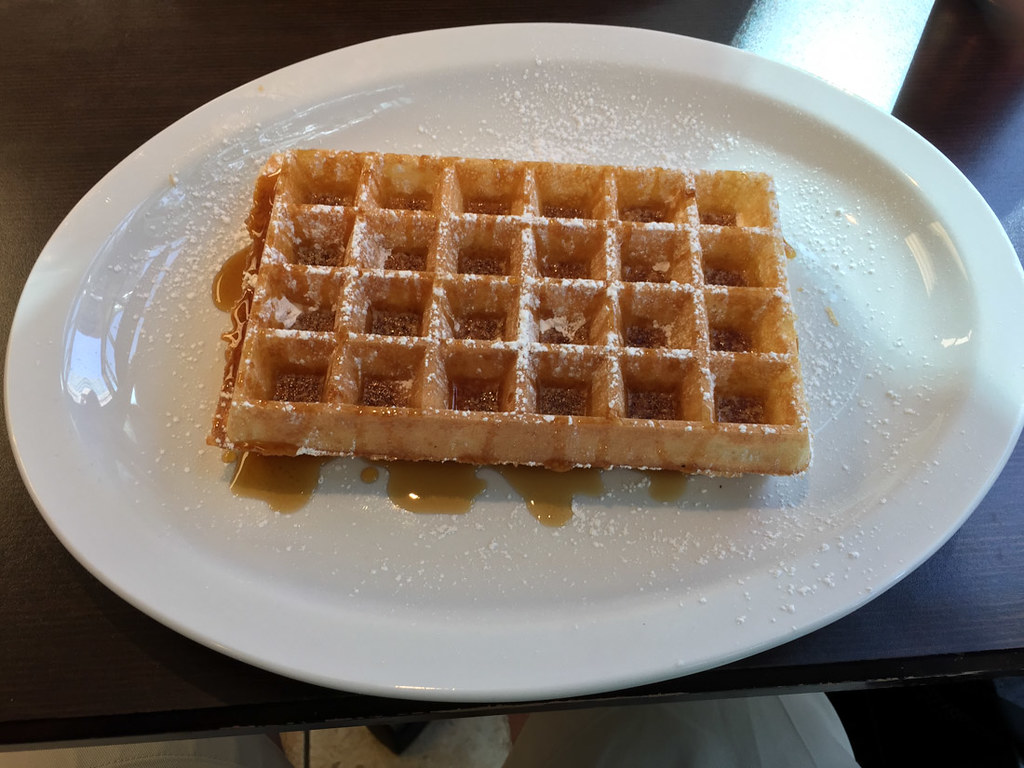 It was fantastic, and we definitely recommend it!

Since we were so short on time, we took a taxi to Stanley Park. From some of the first sites in the park, we were enthralled. Take a look at that skyline! 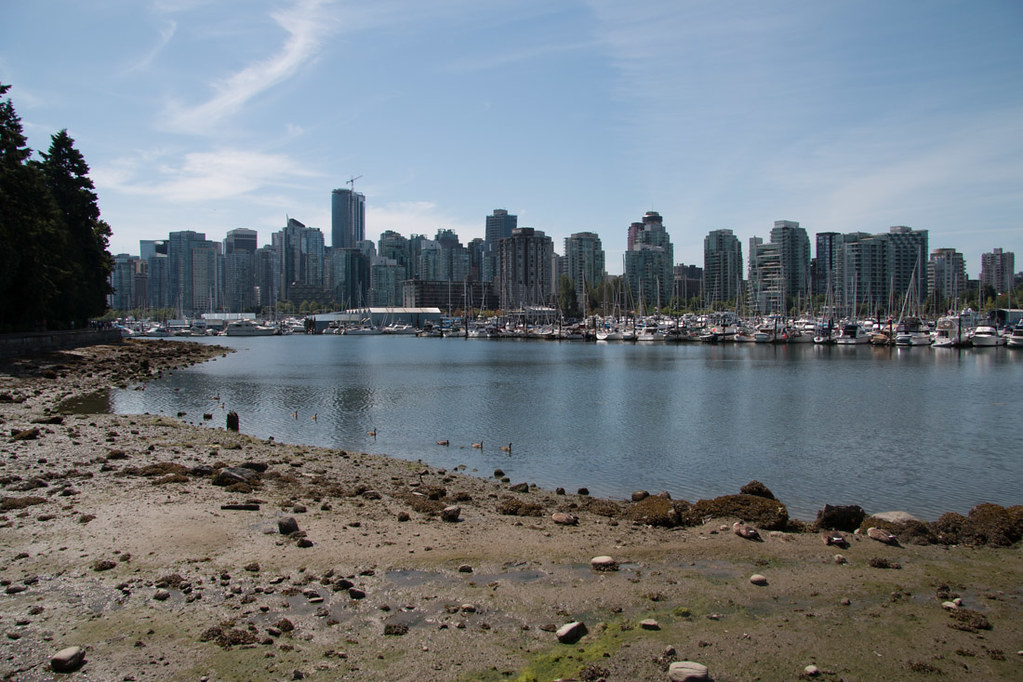 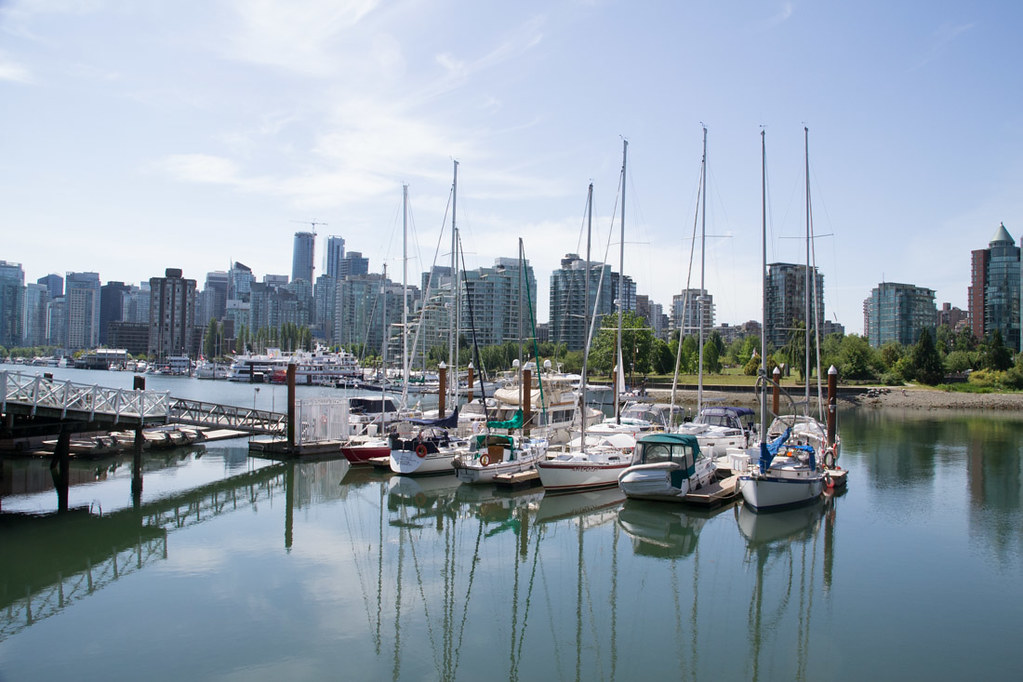 As we walked along the path in the park, we came across the First nations art and totem poles exhibit. 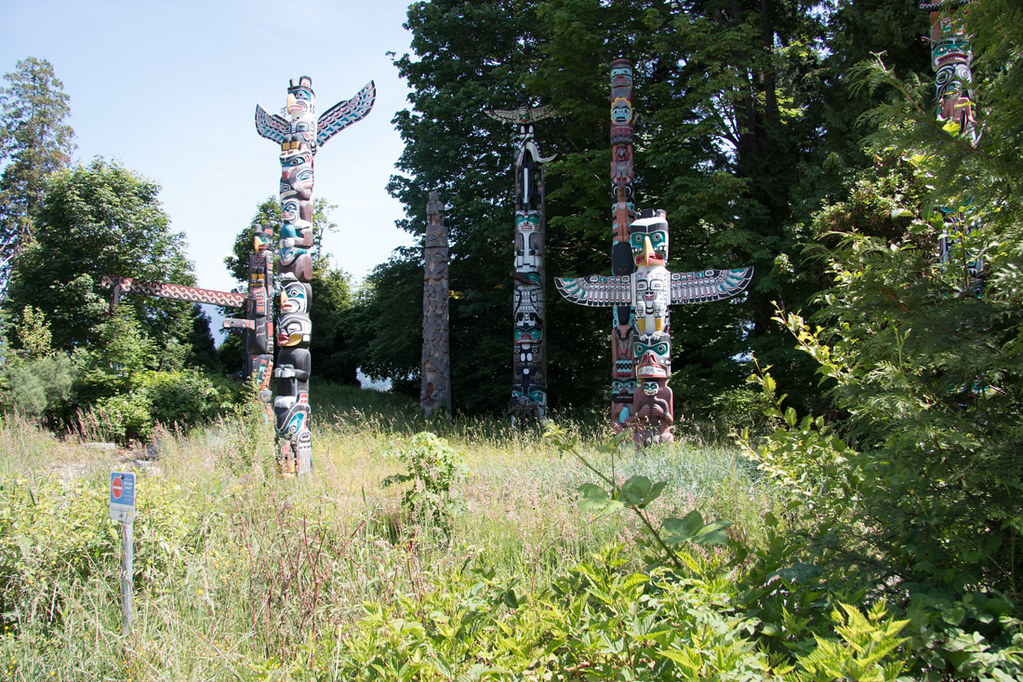 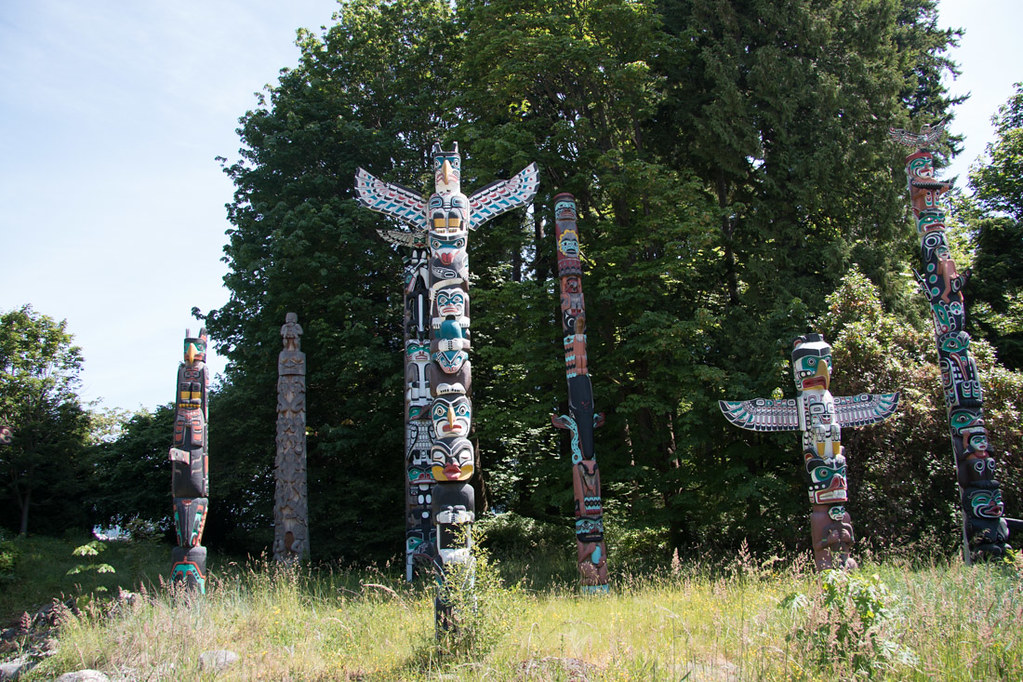 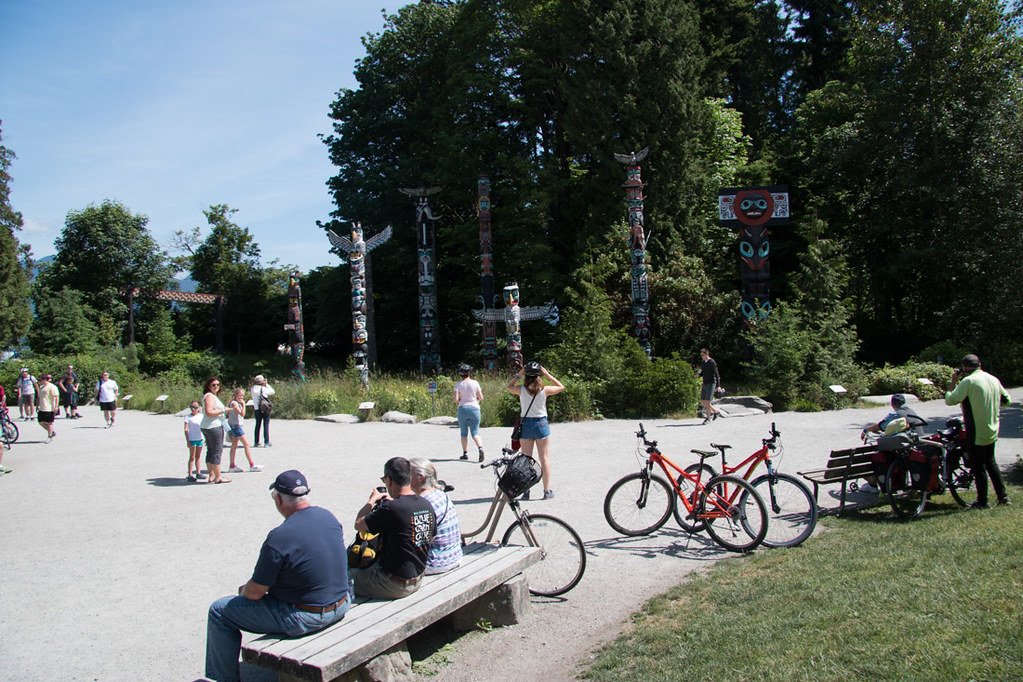 As we walked around, we saw a seaplane taking off! We were watching it closely because we would be going on a seaplane in just a few days time on a cruise excursion in Ketchikan, Alaska! 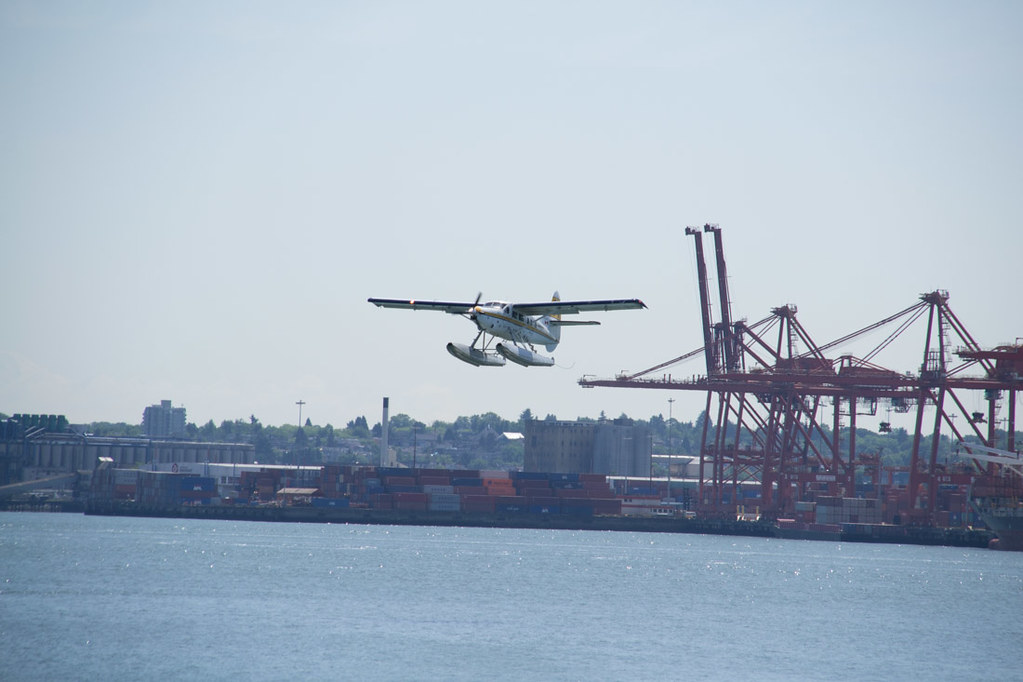 The paths were well marked with lanes for pedestrians and bicyclists. 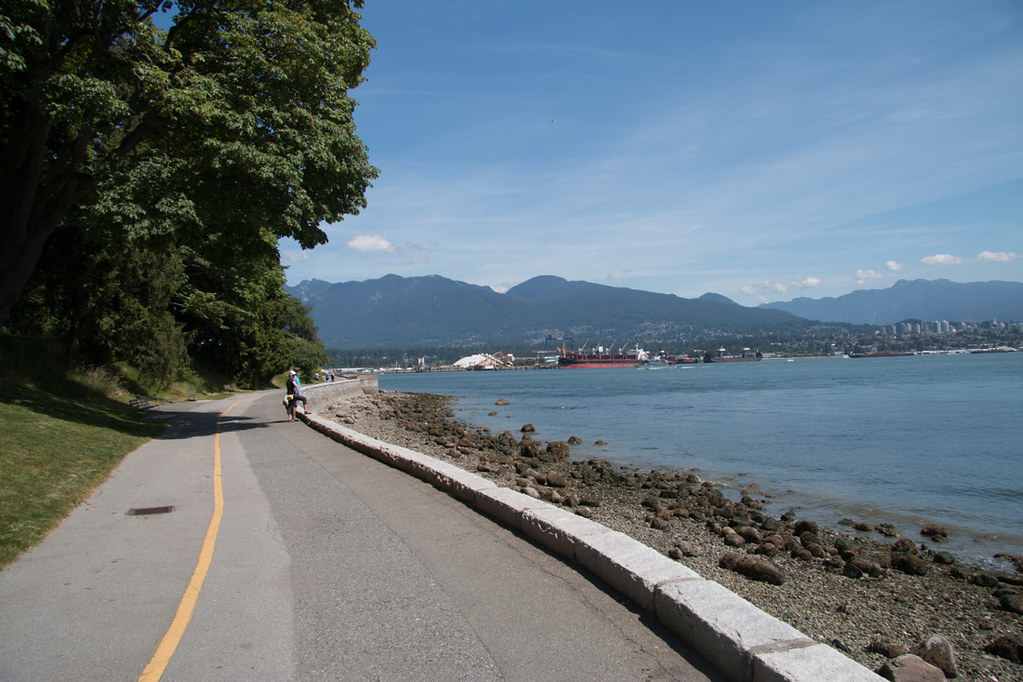 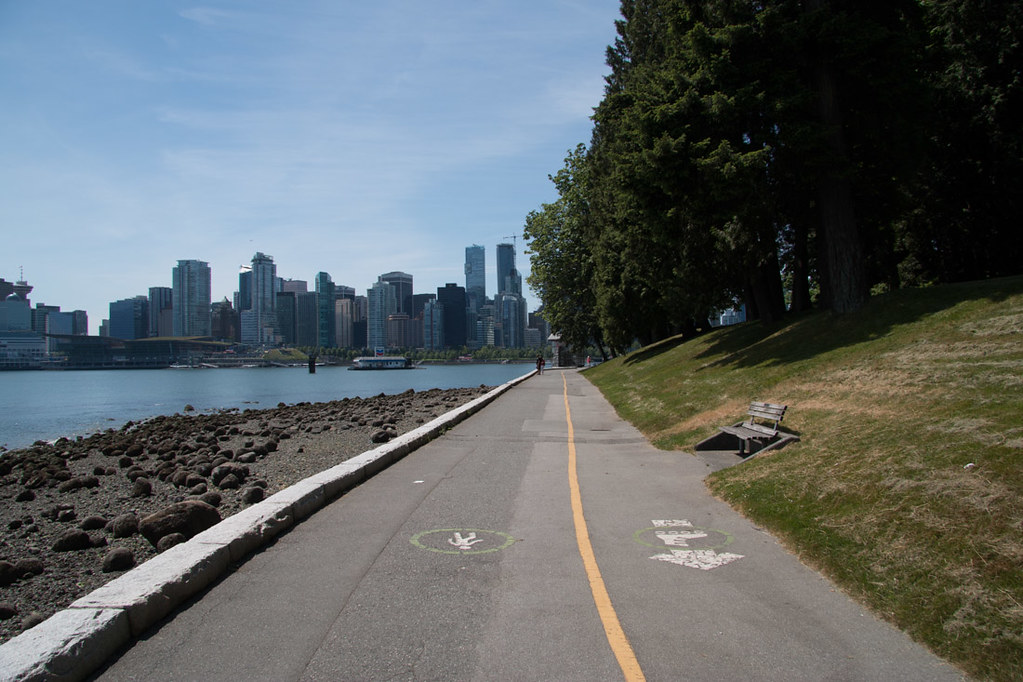 And again, the views of Vancouver! Stunning! 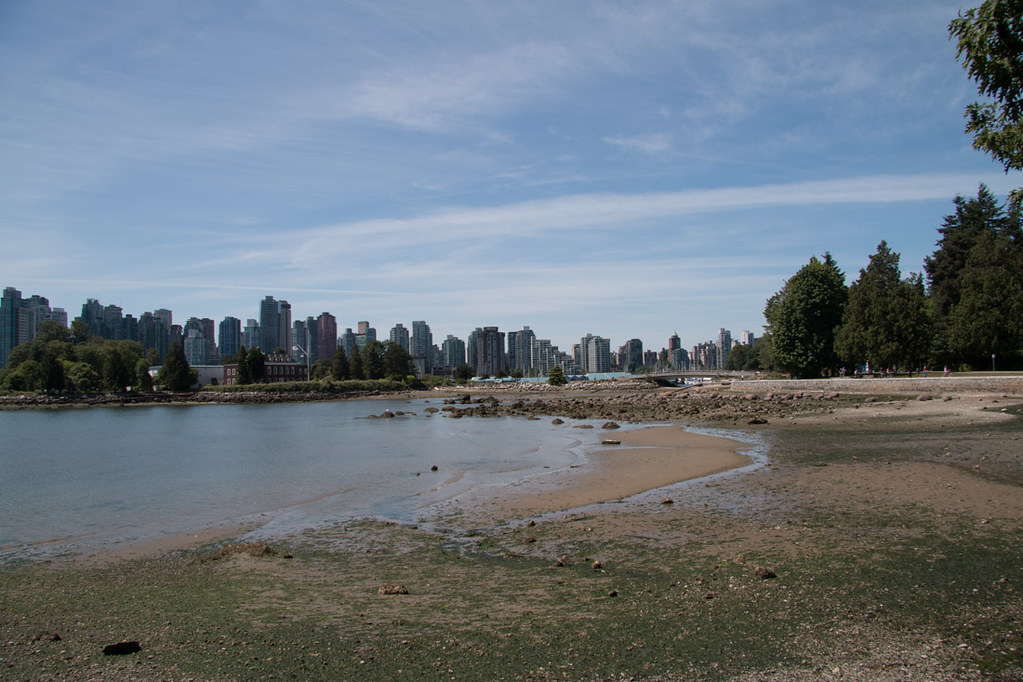 As we continued our walk around the paths in Stanley Park, we came across the Brockton Point Lighthouse. 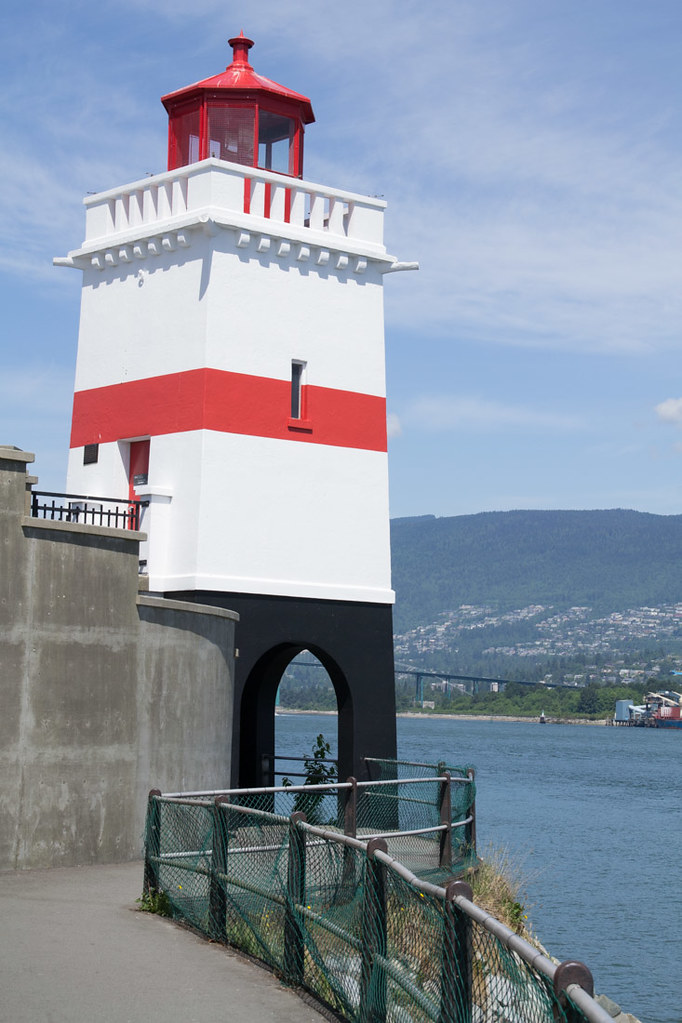 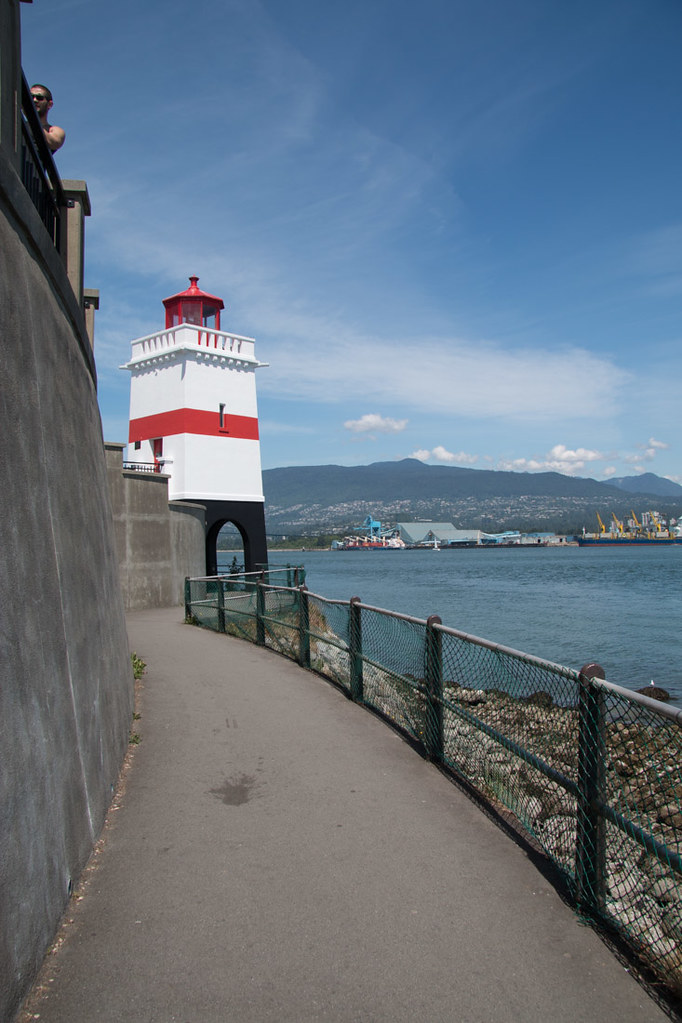 Just past the lighthouse, we saw a lovely sculpture, which we later learned was called “Girl in a Wetsuit.” 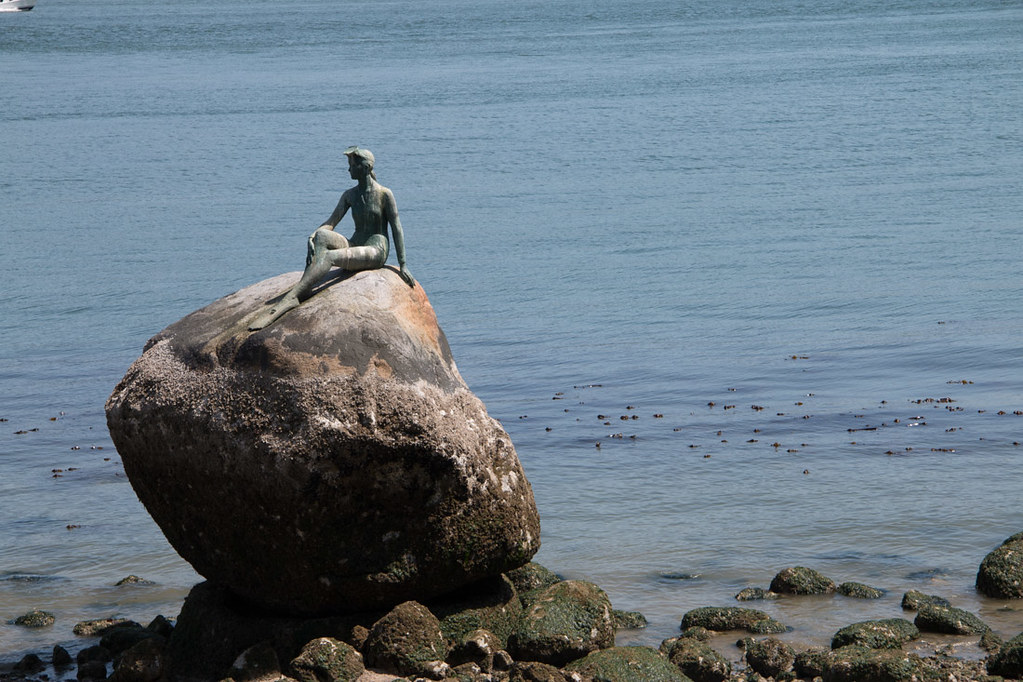 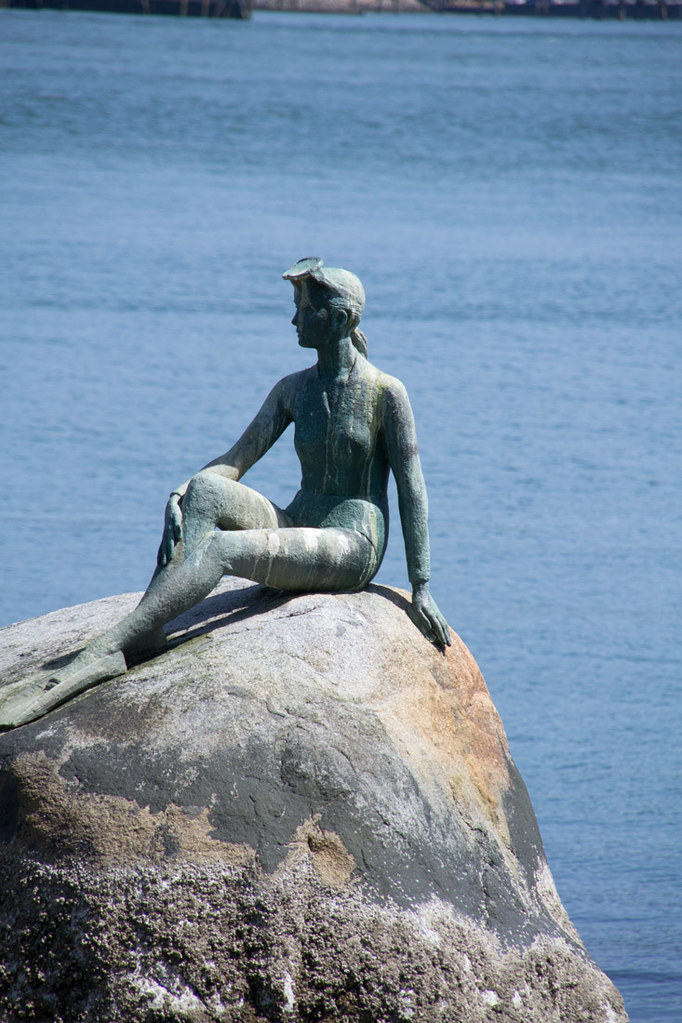 And right near the statue was a replica of the S.S. Empress. 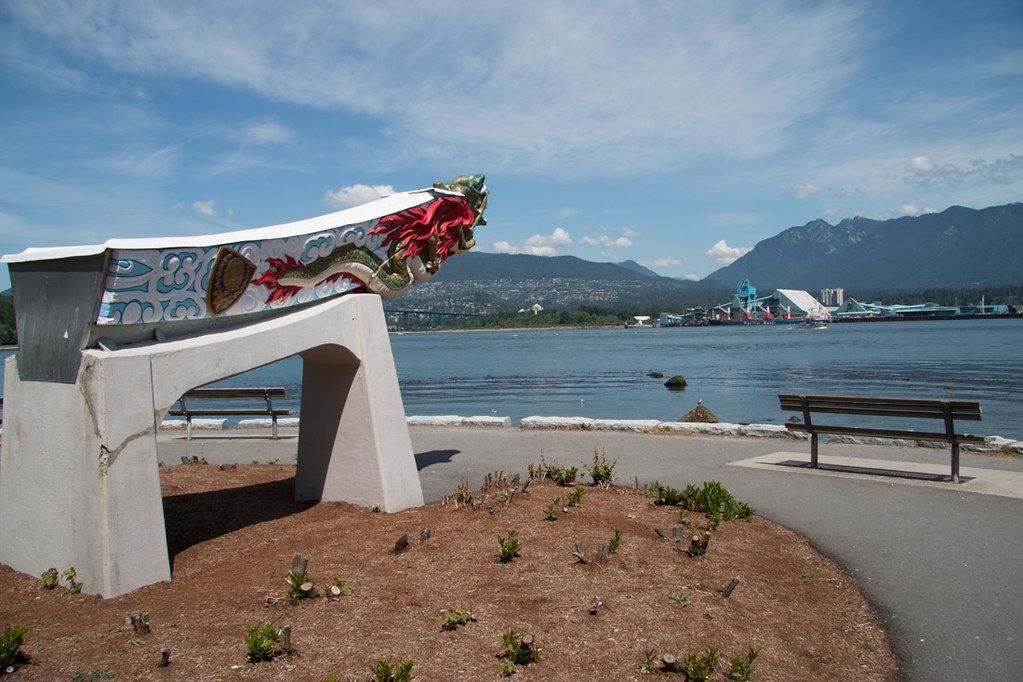 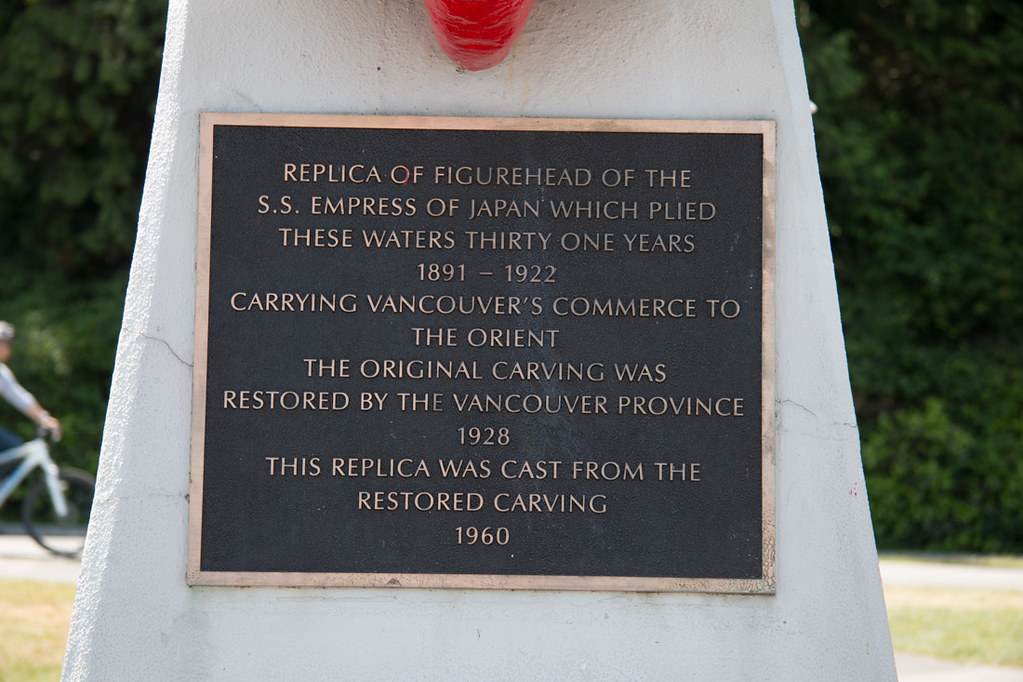 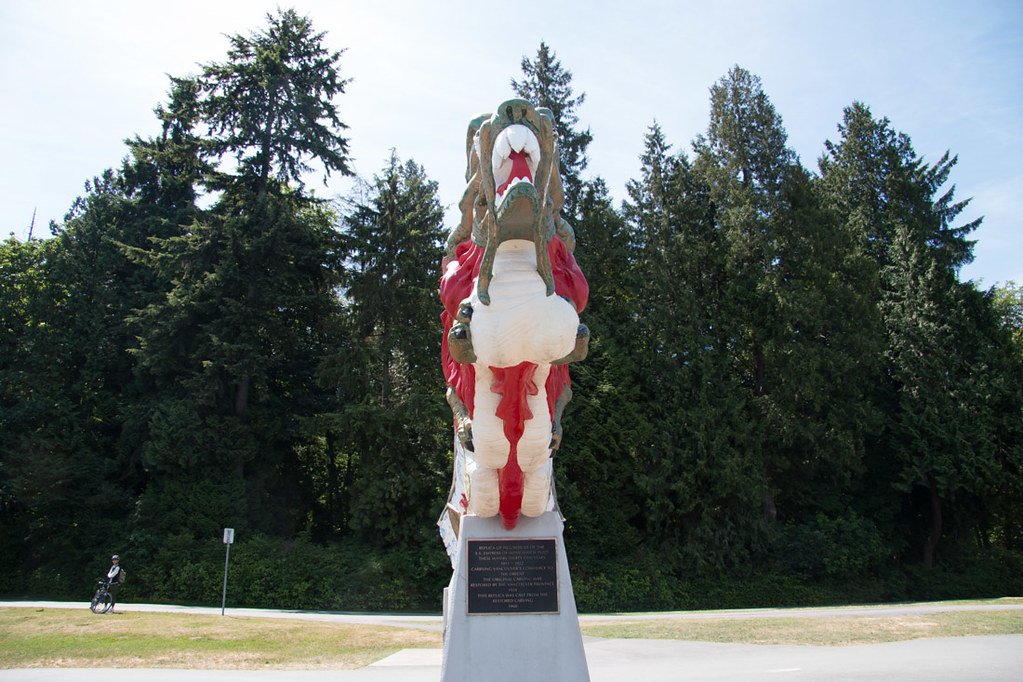 And a few more fun finds in Stanley Park: 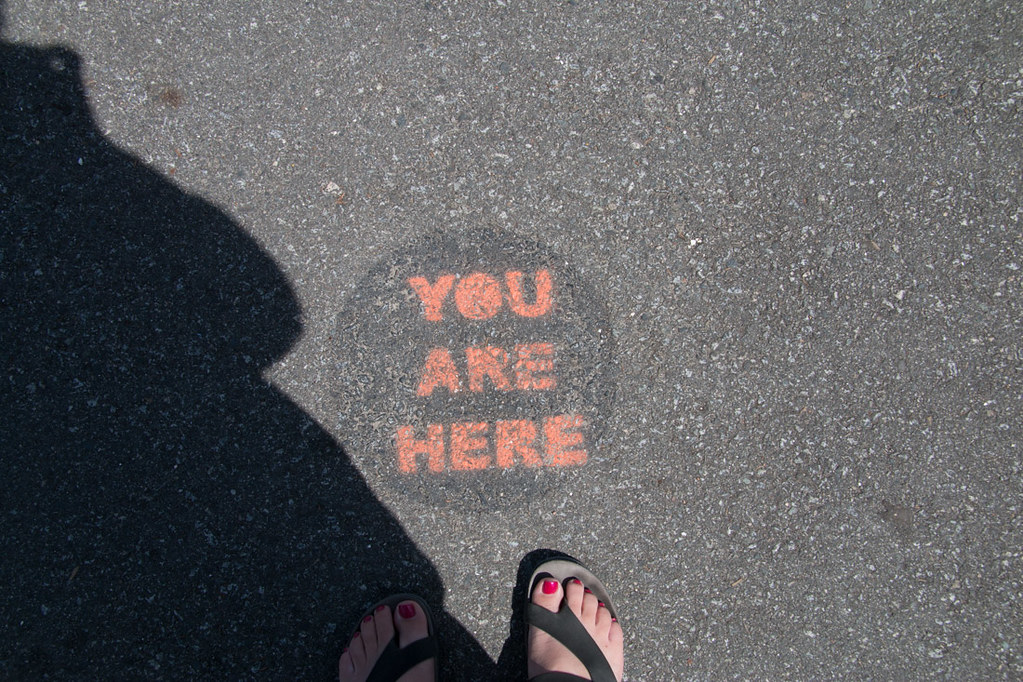 A sign that I thought was most stereotypically polite Canadian: “Water not suitable for swimming.” 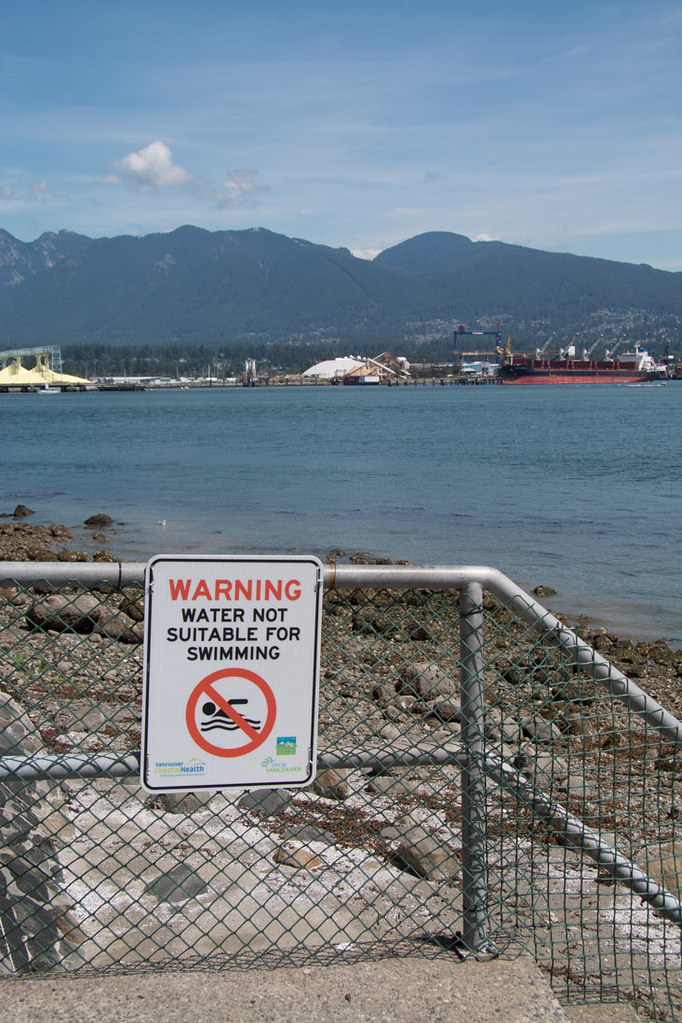 And of course, those views! 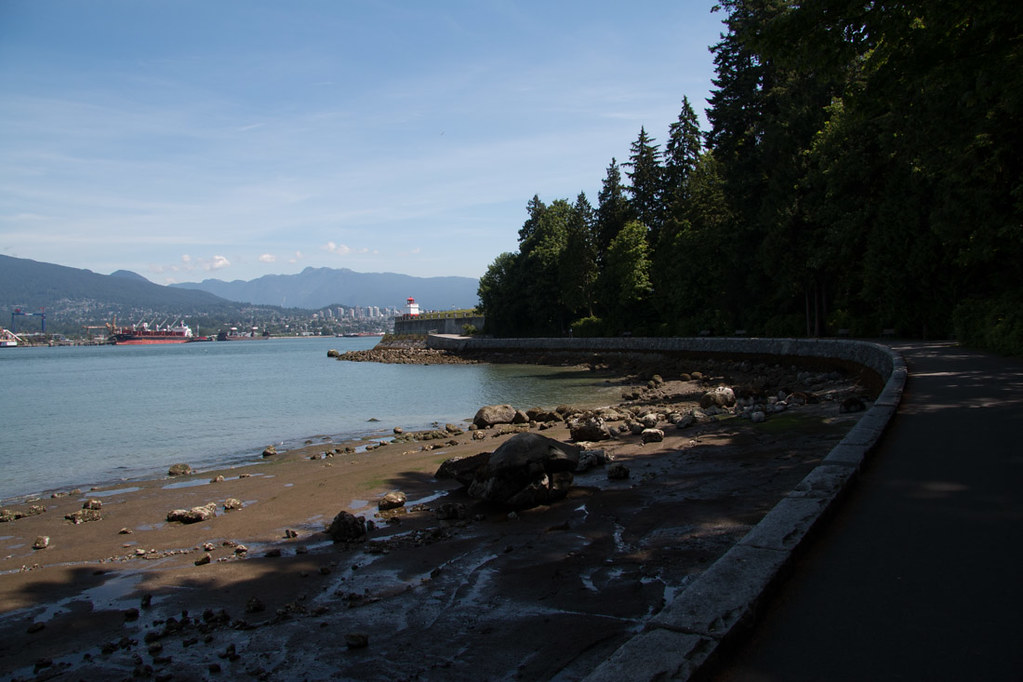 We reached a shadier area with lots of trees, and we even spotted a splash park for kids. 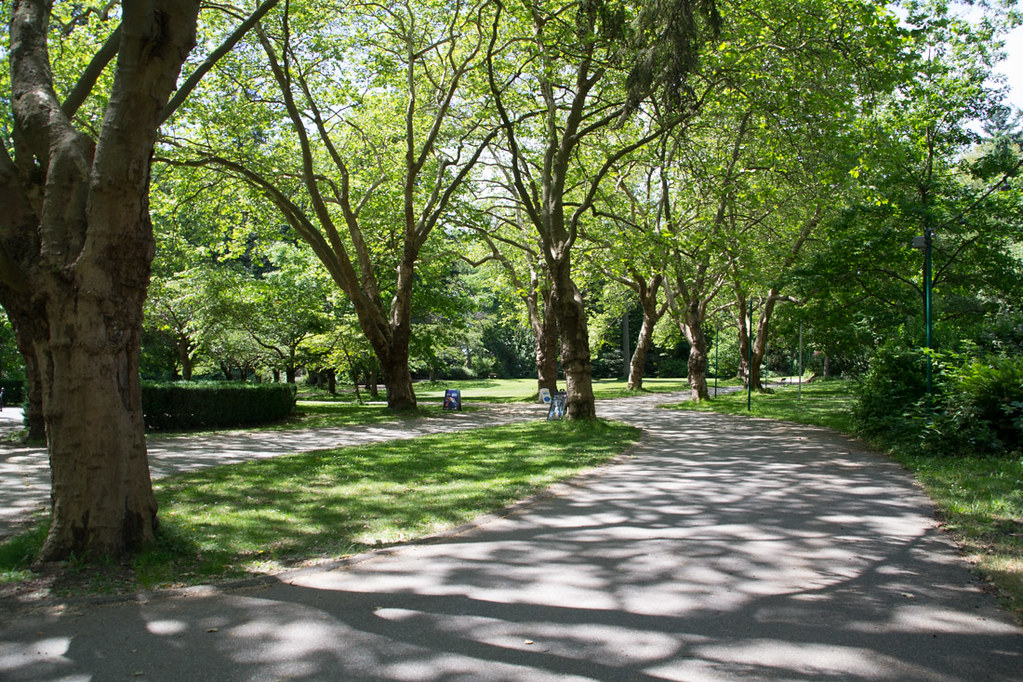 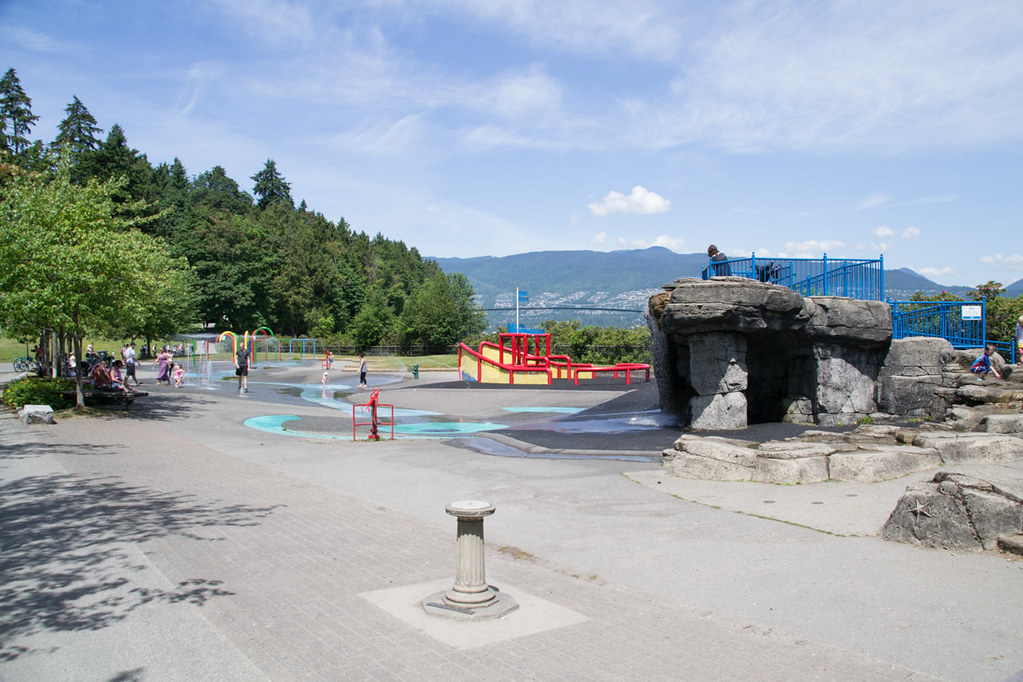 It was at this point we had burned off all our Le Petit Belge breakfast calories, and we were getting crazy hungry! And we had no idea where to pick up a taxi. (At the time, Uber was not operational in Vancouver. Not sure if that’s still the case.)

But, we actually located a bus stop and waited there for a bus. Only one problem. When the bus arrived, we realized we had ZERO Canadian money. Since we had verified that taxis took credit cards, we just assumed that we wouldn’t need any cash during our VERY short time in Canada! The bus driver still let us board, and we were apologizing profusely. We were mortified.

We were going to take the bus all the way back to the hotel, but we were driving past a strip downtown that looked like it had a good concentration of restaurants. So we got off the bus, and headed to a pizza place. Except the pizza place was open air and didn’t have A/C. And we were pretty sweltering at that point (it was pretty hot weather for Vancouver. Seattle was the same way, pretty unusual). So, we opted for a pub-like place right across the street called Malone’s. 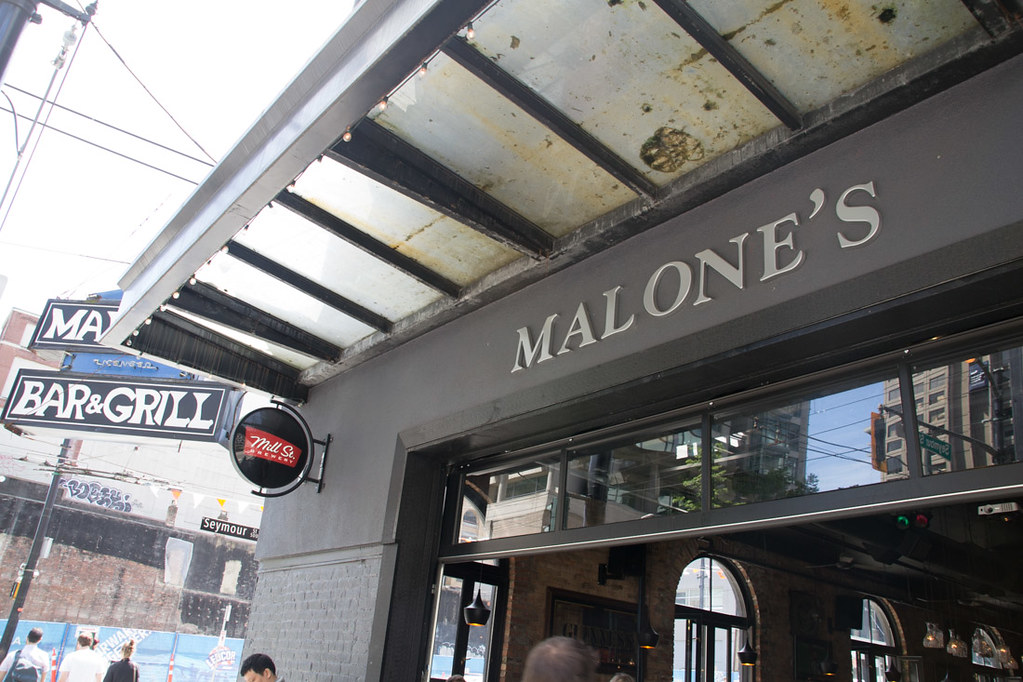 We started out with some poutine (of course, right?) 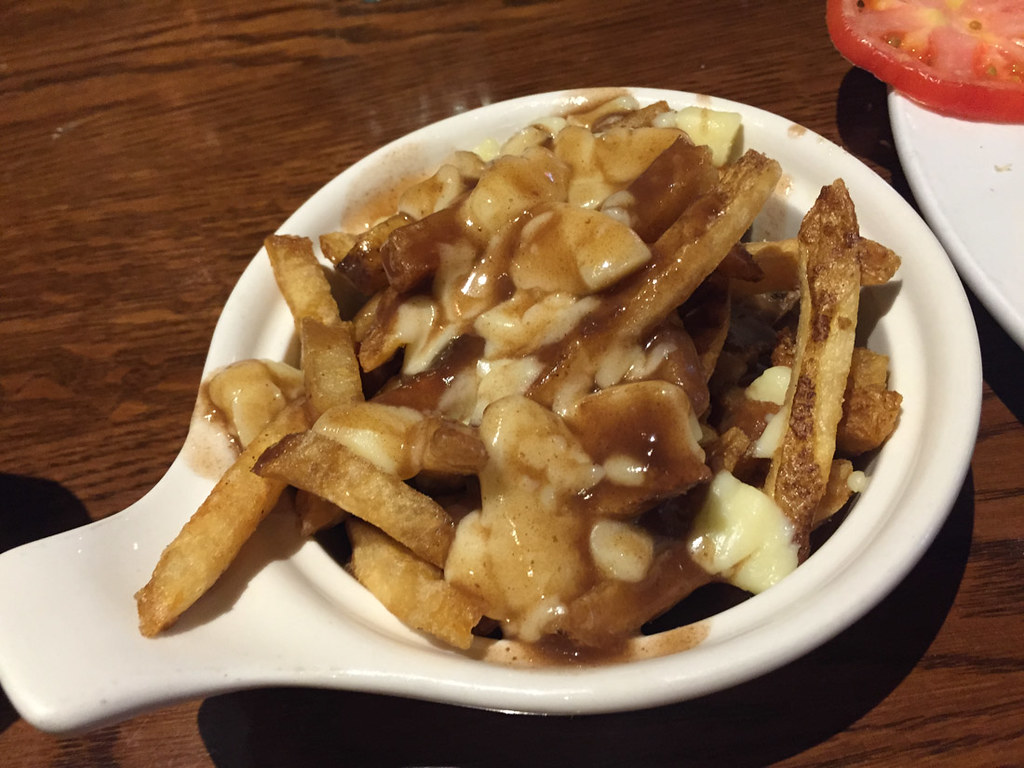 And we both had burgers, albeit with different toppings! 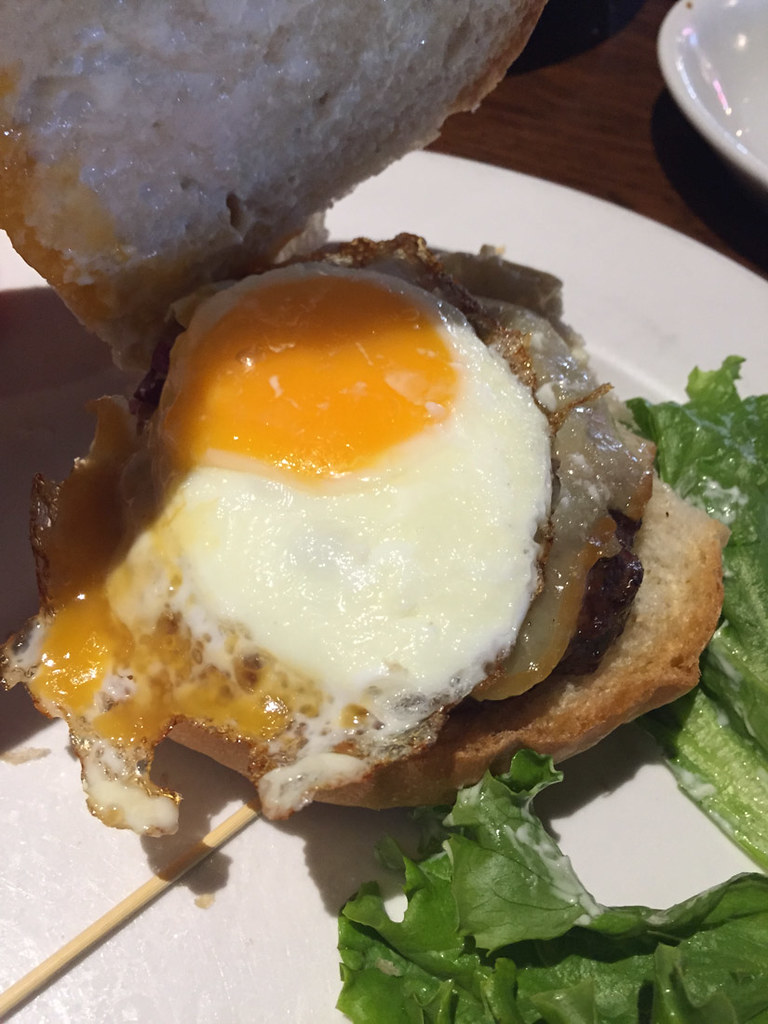 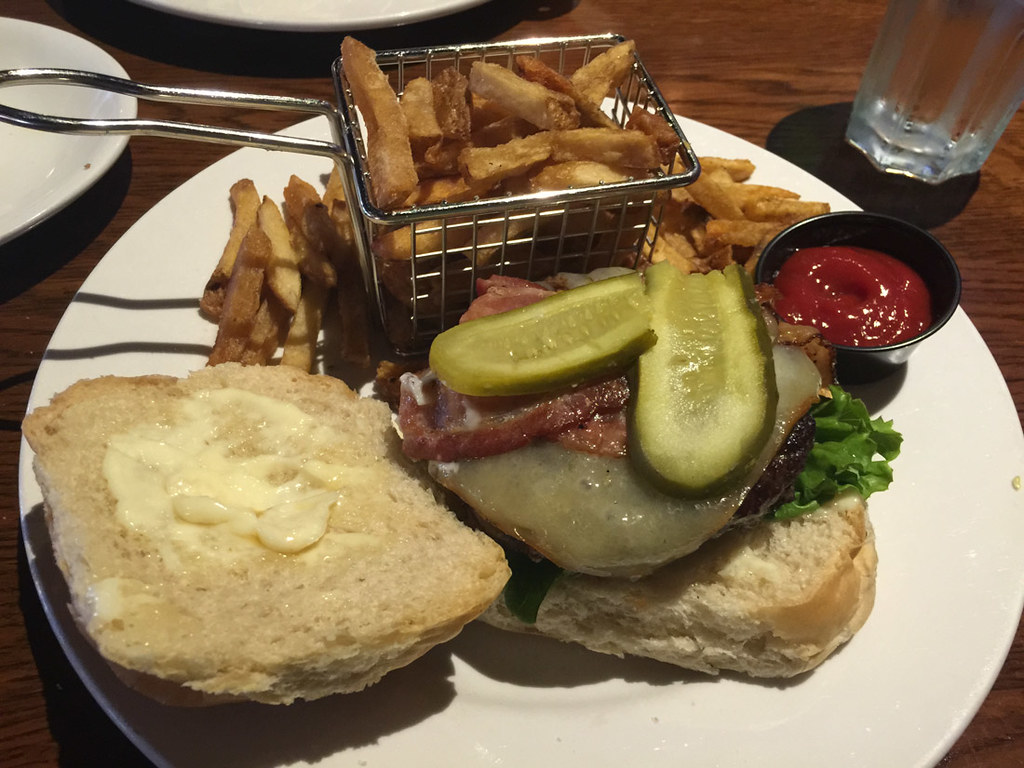 We finished up our late lunch, rested our legs for a little while longer at the restaurant, and then decided to walk back to our hotel, which was about 15 minutes away. We needed to get our things packed up and to get ready for our train ride. Since the train was going to Seattle, we’d have to transit customs at the train station, so we wanted to allow ourselves plenty of time for that.

We definitely need to get back to Vancouver for a more thorough trip! I think I envision a Pacific Northwest road trip sometime in the future!

Florida and Space Shuttle Launch 2010 (Blast from the Past Post)