In the previous trip report post, I mentioned we slept for about, oh, six hours after our arrival in Moscow. We had only slept for about two hours the night before thanks to the late night Olympic events in Sochi, followed by our 3:45AM taxi to Sochi’s airport for our flight to Moscow, so we were exhausted when we arrived.**

After we woke up, it was time to give ourselves a brief tour of the city. Thankfully, the Ararat Park Hyatt is just a very brief walk to Red Square. Armed with some directions provided by the hotel front desk staff, we navigated our way through Moscow’s underground pedestrian walkways to get to Red Square.

There was a kind of “entrance” gate to Red Square. The next morning, a guide we hired explained that this gate is a replica. Stalin had torn down the original to make the path wider for the parades he loved so much. 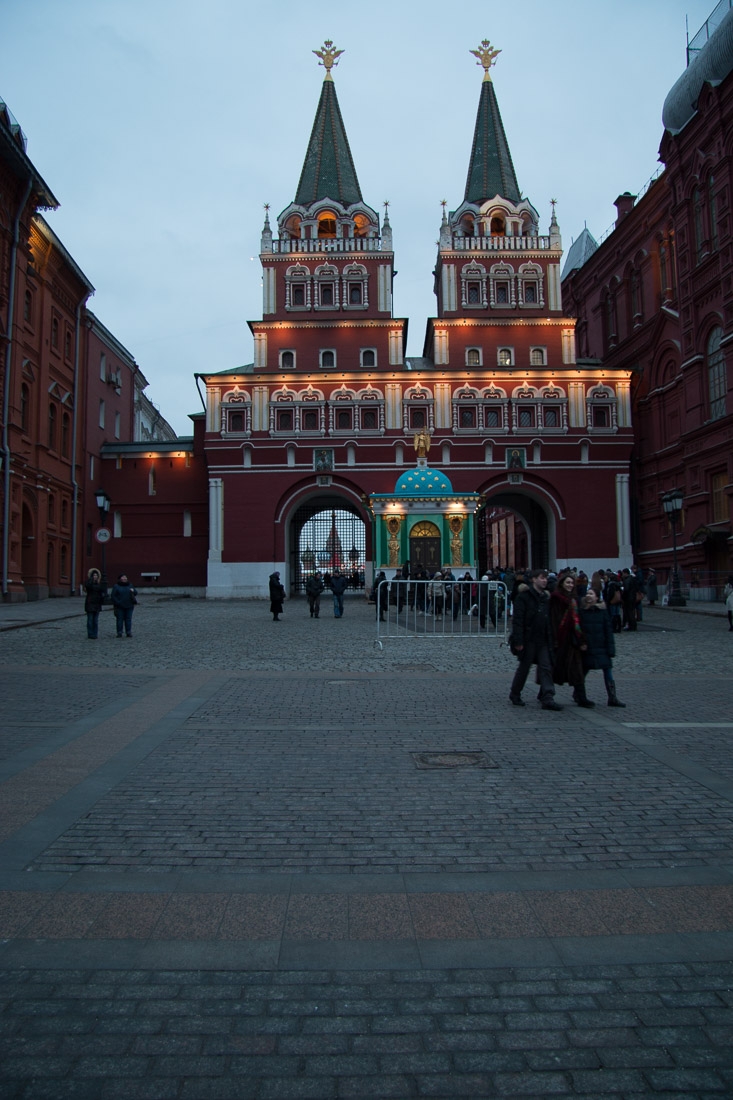 As you entered Red Square, you could see Gum (pronounced Goom), a famous Moscow shopping mall, on the left, the Kremlin walls on the right, and St. Basil’s Cathedral straight ahead. 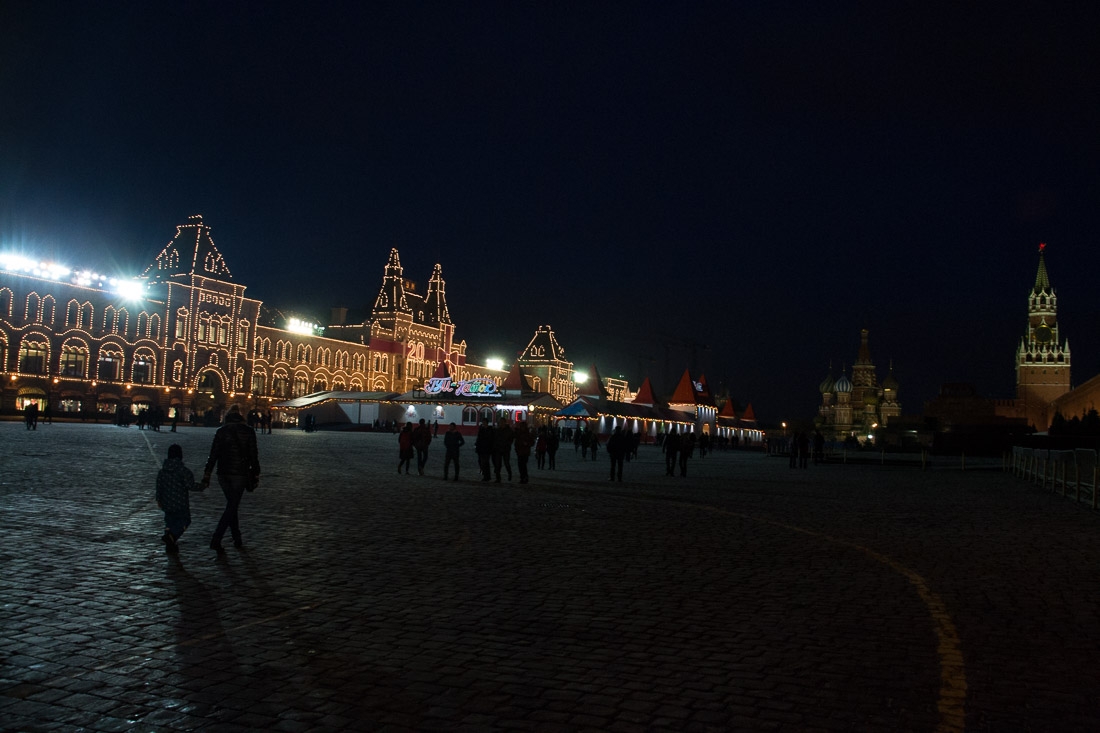 I tend to get kind of emotional when I see such famous sites up close and in person. I literally cried at the Taj Mahal. So, I was pretty overwhelmed at the historical sites before my very eyes.

We walked closer to St. Basil’s Cathedral and interspersed photo snapping with utterances of “Wow!” over and over again. 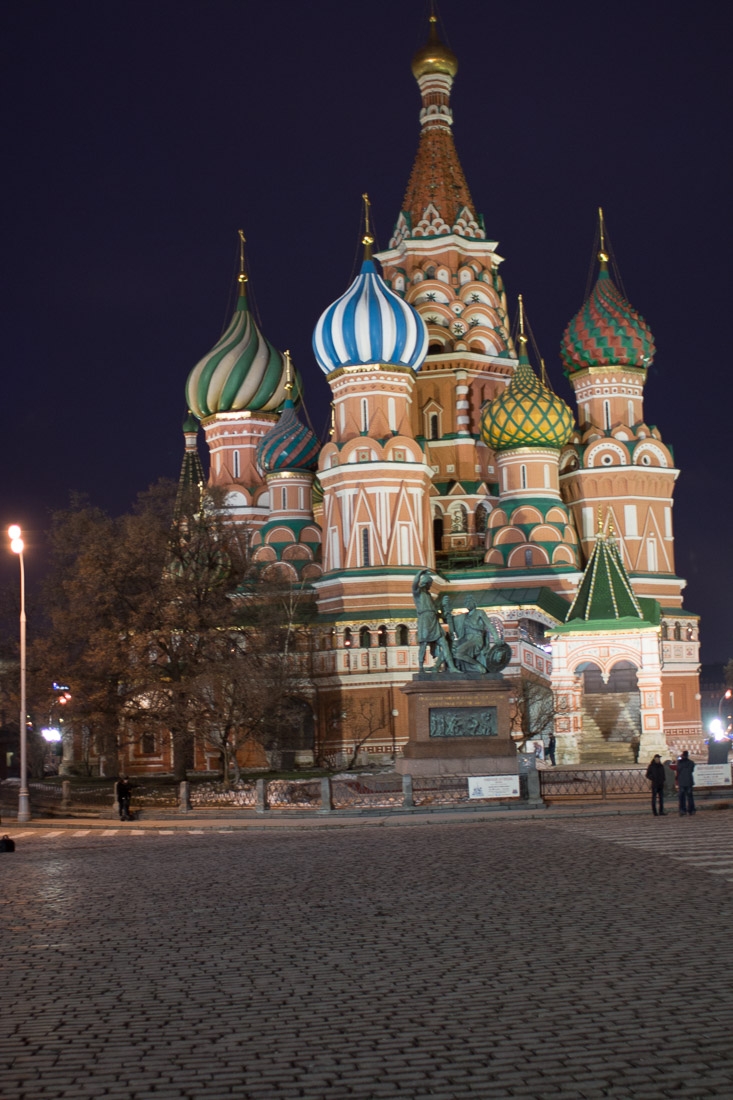 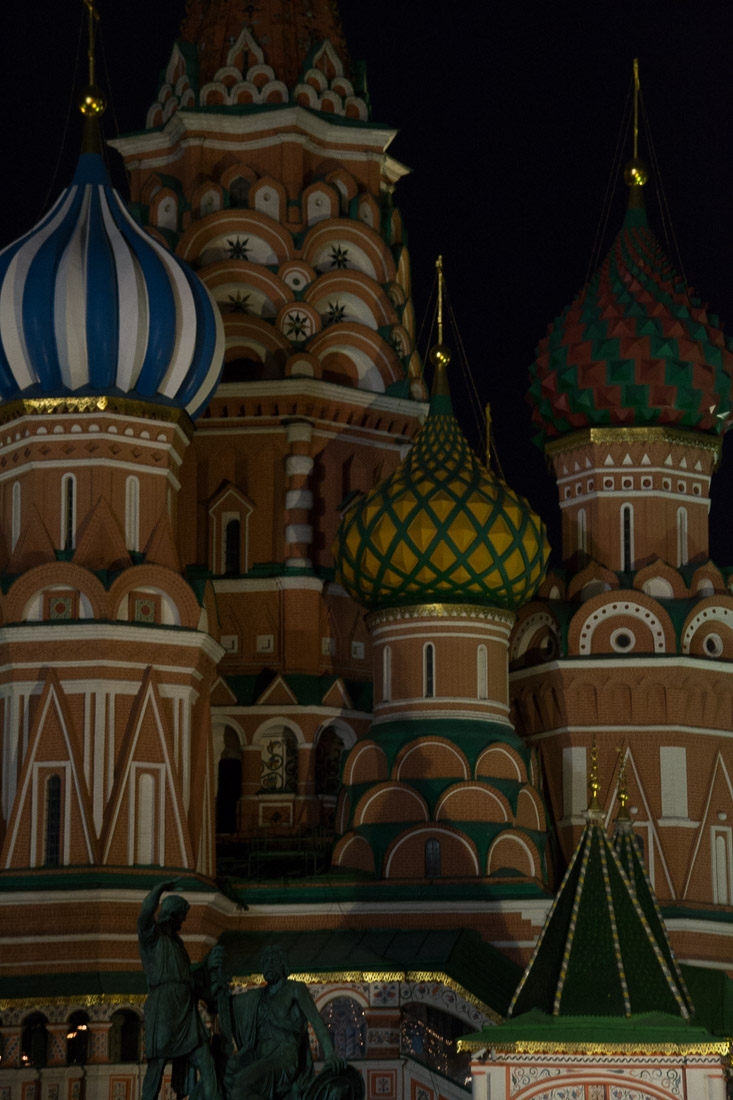 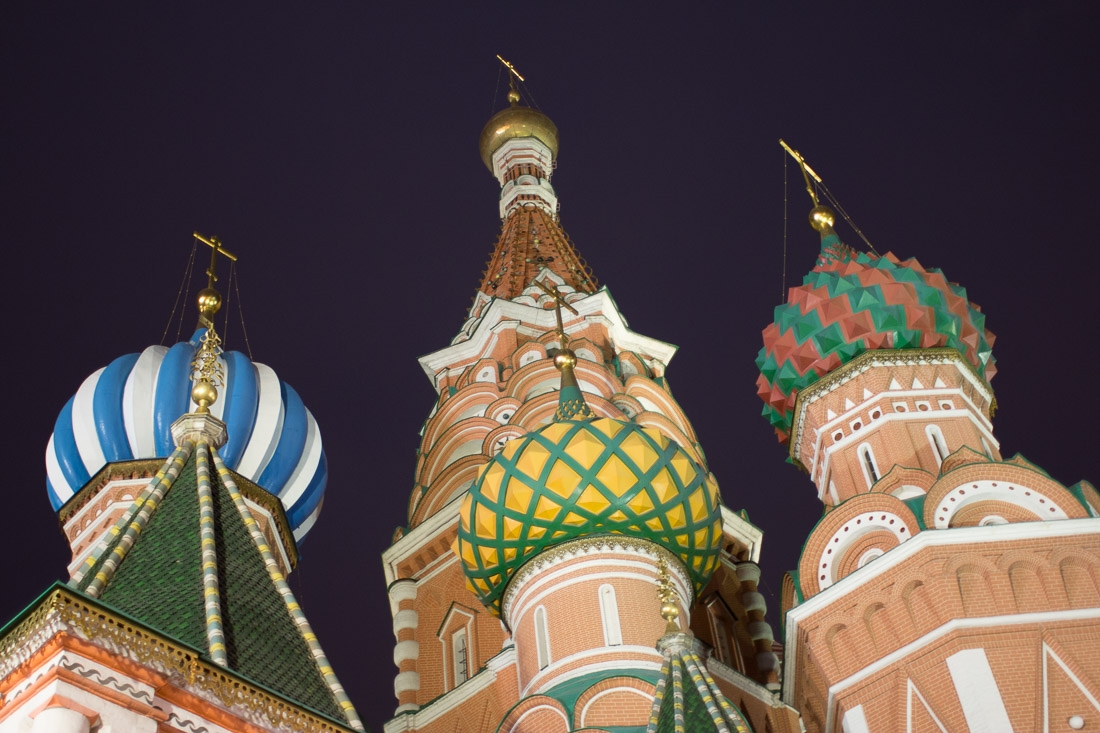 It was pretty cold, and we decided to walk around Gum for a while to warm up. It was quite beautiful inside. 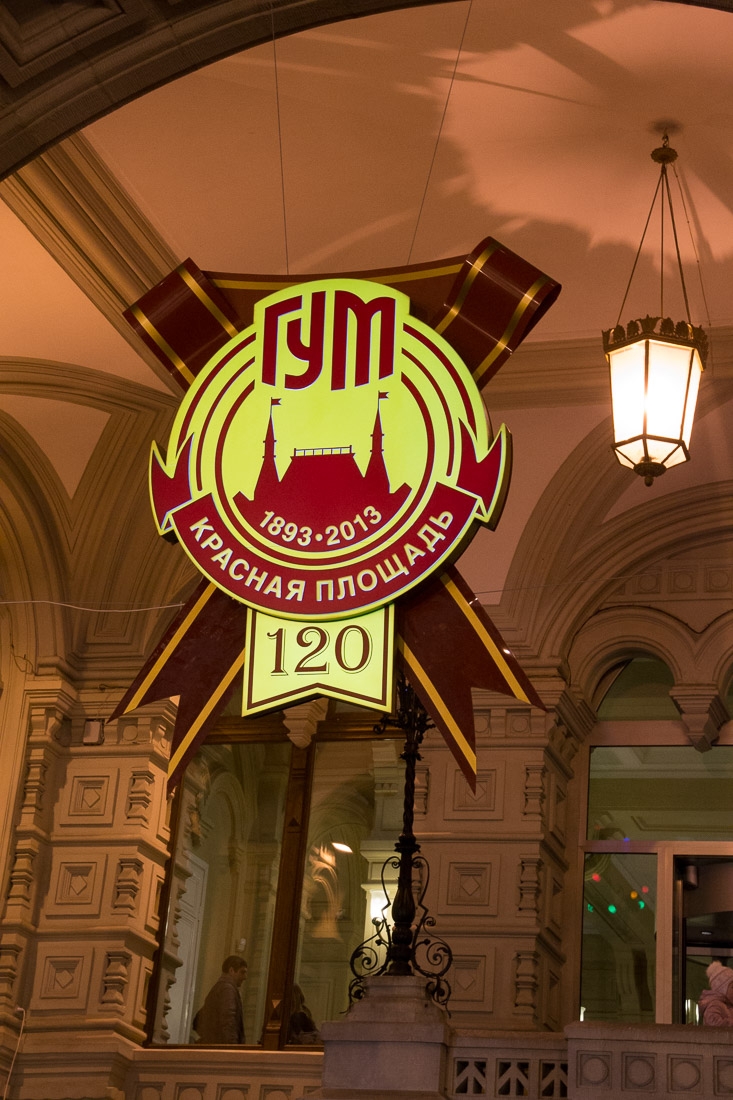 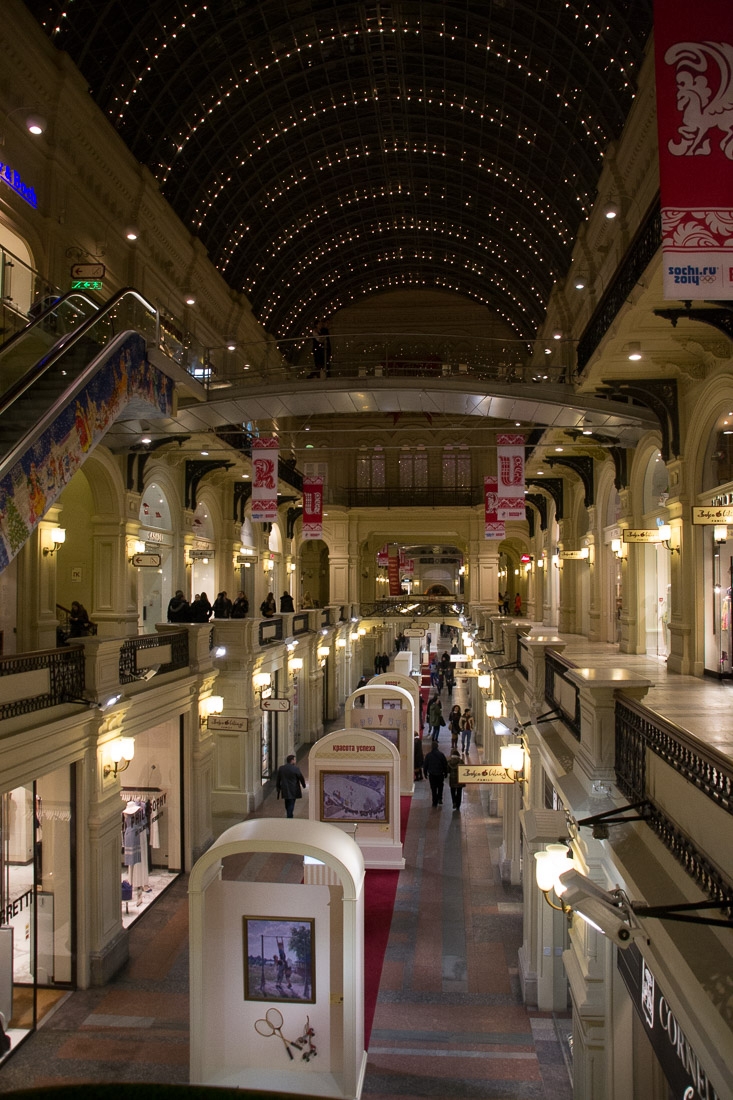 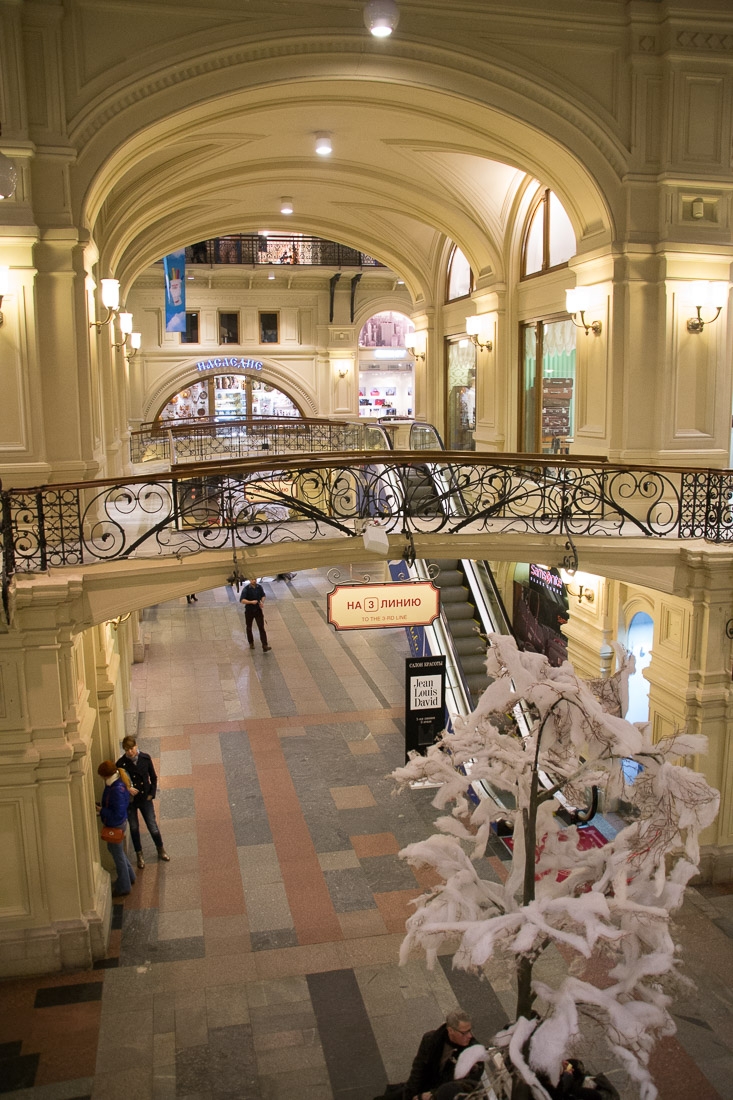 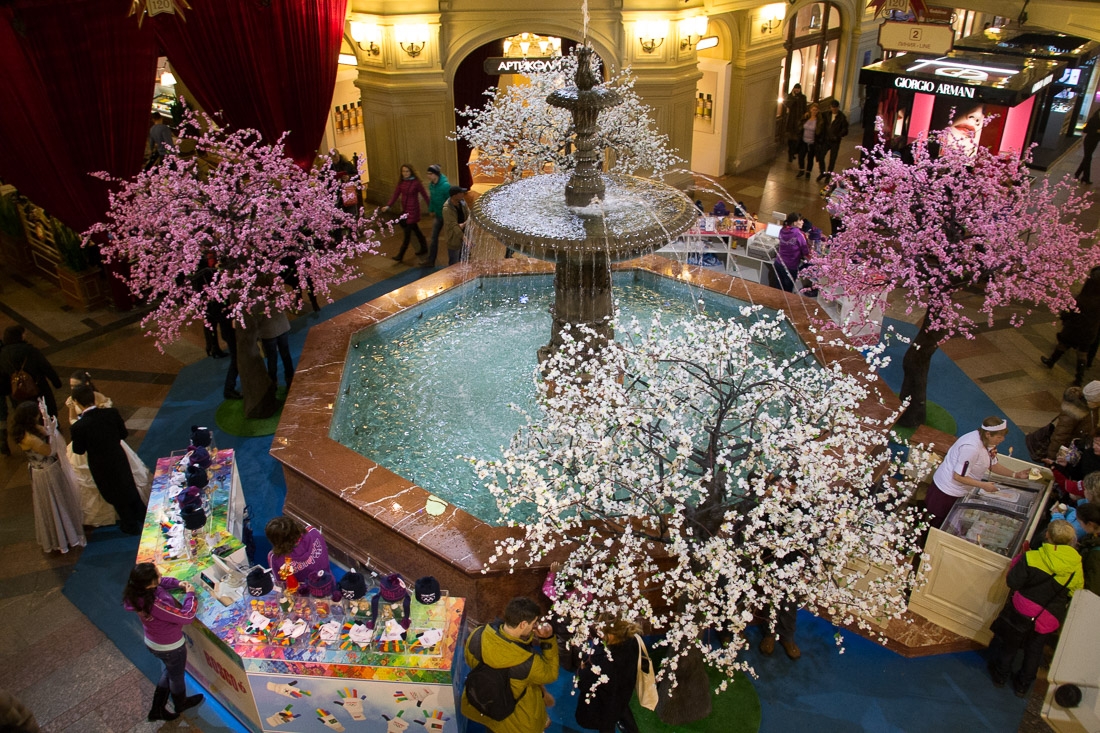 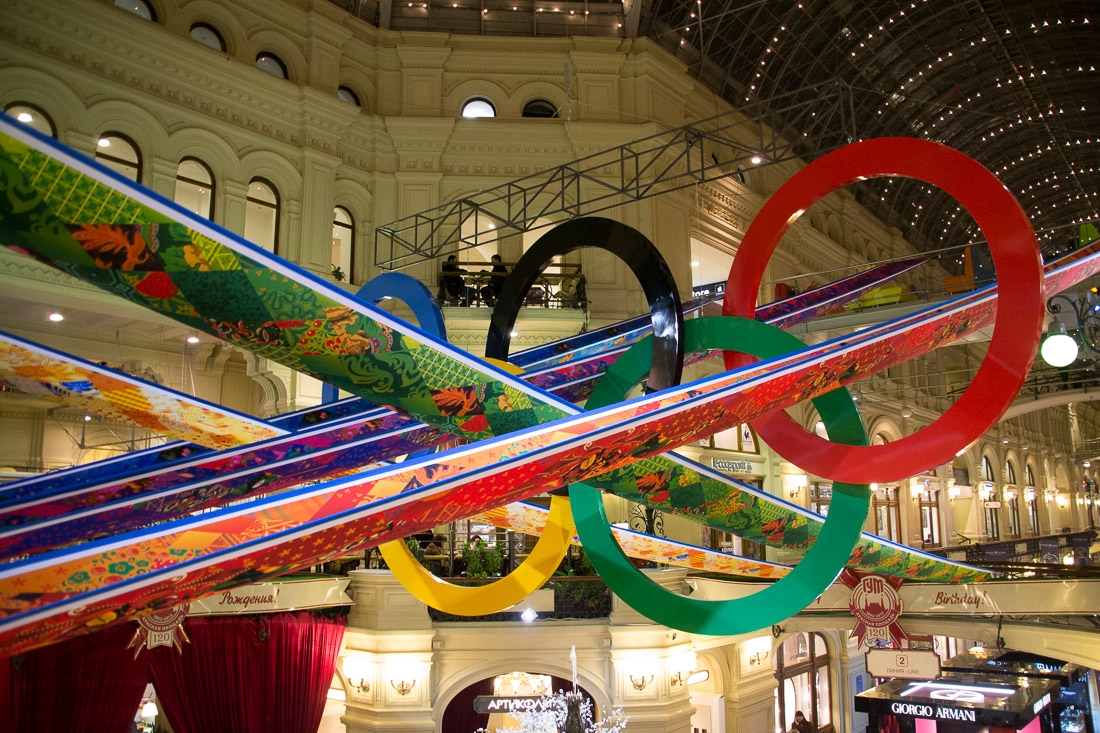 On our walk back to the hotel, we used the same underground pedestrian walkways that we had used earlier. Ken didn’t realize how low the center part of the ceiling was and managed to smack his forehead, hard, on the lower crossbeam thing. I was having flashbacks to the Spain ankle sprain / fainting incident.. After a few moments of Ken gripping his head and Russians walking by and being all WTF, we established that there were no serious injuries, and we were able to laugh about it. We decided to memorialize the moment with a photograph of the too-low Moscow pedestrian ceilings. Future travelers, take note! 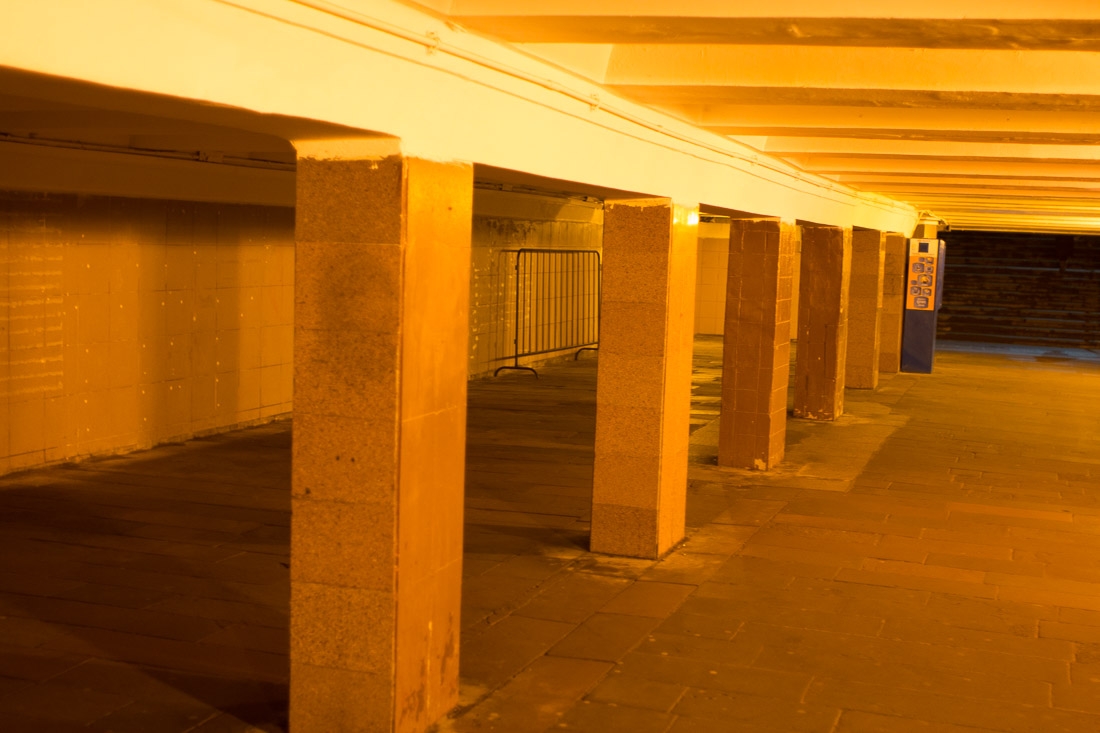 We grabbed some dinner and headed back to our hotel. We had a private tour arranged for the next morning, we just relaxed the rest of the evening.

**Unlike other international trips, we never fully acclimated to the time change in Russia. For the first five days, in Sochi, we weren’t going to bed until nearly 3:00AM because the Olympic events went so late. On the remaining six days, we had a somewhat easier time, but considering it was still pitch black dark at 9:30AM, it was still messing with our circadian rythyms! By the time our jet lag was over, it was time to return home to the United States.

Our Day at Magic Kingdom