This post covers sites we visited in Moscow over the course of three days. These sites are all within walking distance of the Red Square area.

Our visit in the cold February weather continued!

Kremlin and the Armory

On our second full day in Moscow, we went to the Kremlin and the Armory, which was quite the adventure. There were several different options for Kremlin tickets, and we were having a very difficult time discerning the differences. So, we just kind of winged it.

Our first stop was the Armory. It was kind of crowded … with middle school children on field trips! Unfortunately, photographs were not allowed inside the Armory, so you’ll have to take my word for it that it is really amazing and stunning! Although I will say that the artifact descriptions were a bit lacking, so I do wish we had had a guide for the Armory to point out some of the more key exhibits. 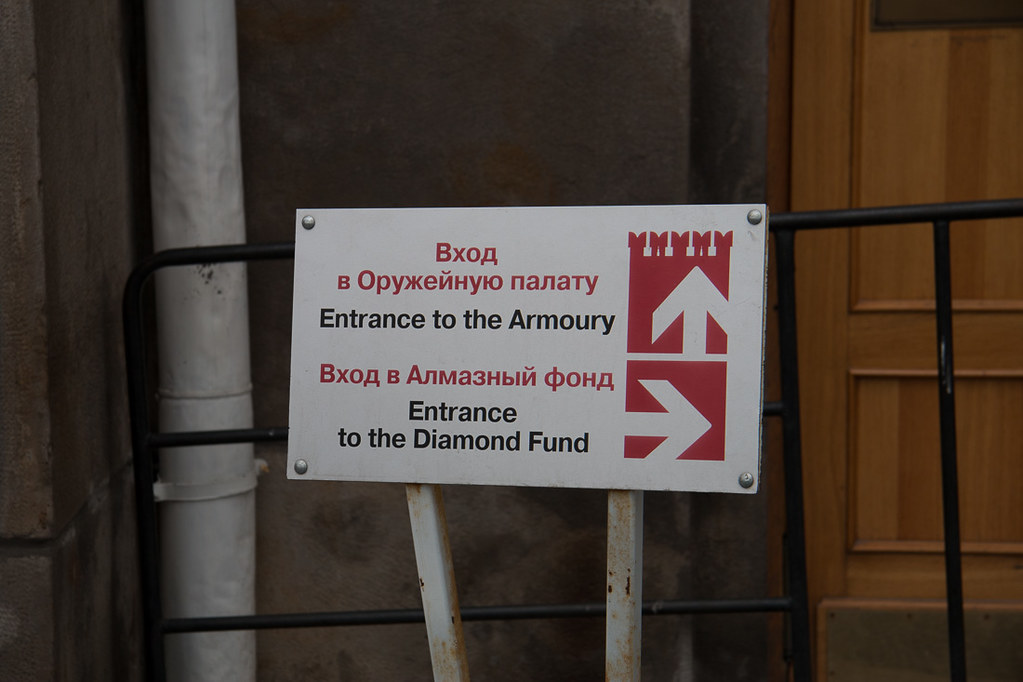 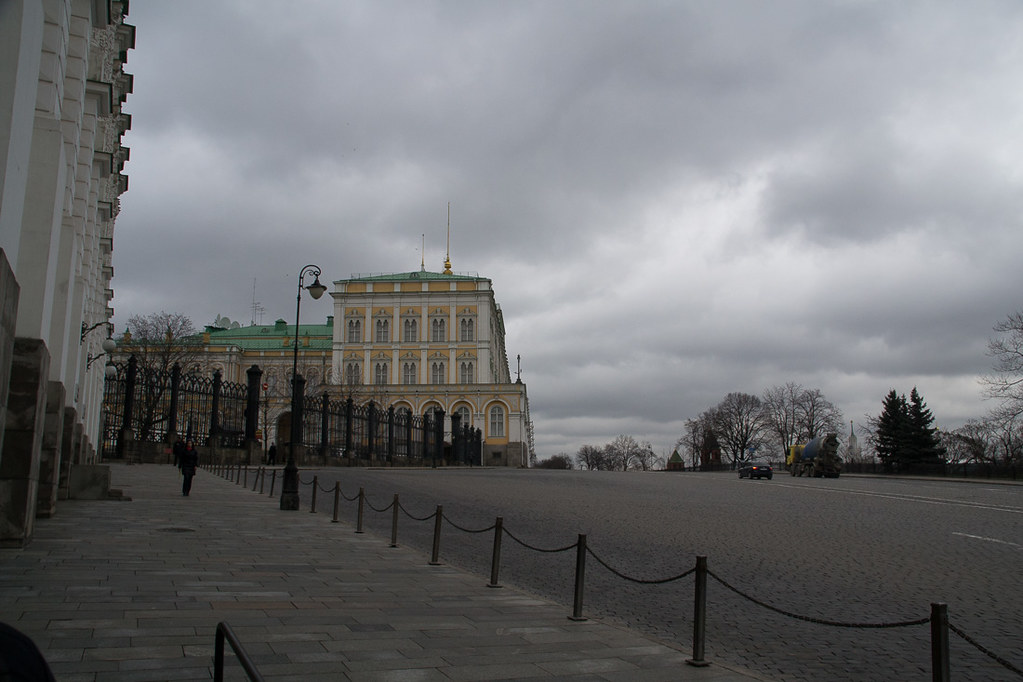 I had to snap a photo of this sign that was on the back of the toilet stall door in the ladies room at the Armory (I don’t think that’s actually breaking the “No photography rule, right?). I had remembered seeing a sign like this posted on some news outlet when everybody was complaining about the Sochi Olympics. What is the lavatory pan? Do they mean the toilet? 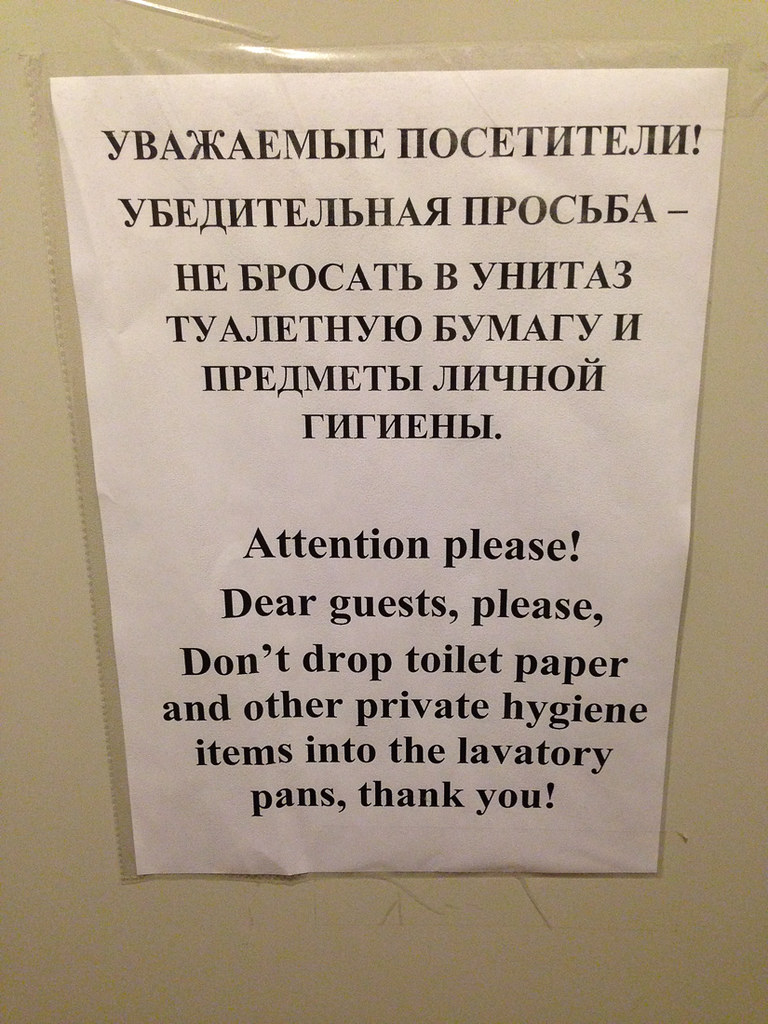 Just outside the Armory, there were some great views of the Kremlin walls and the river that runs along it. 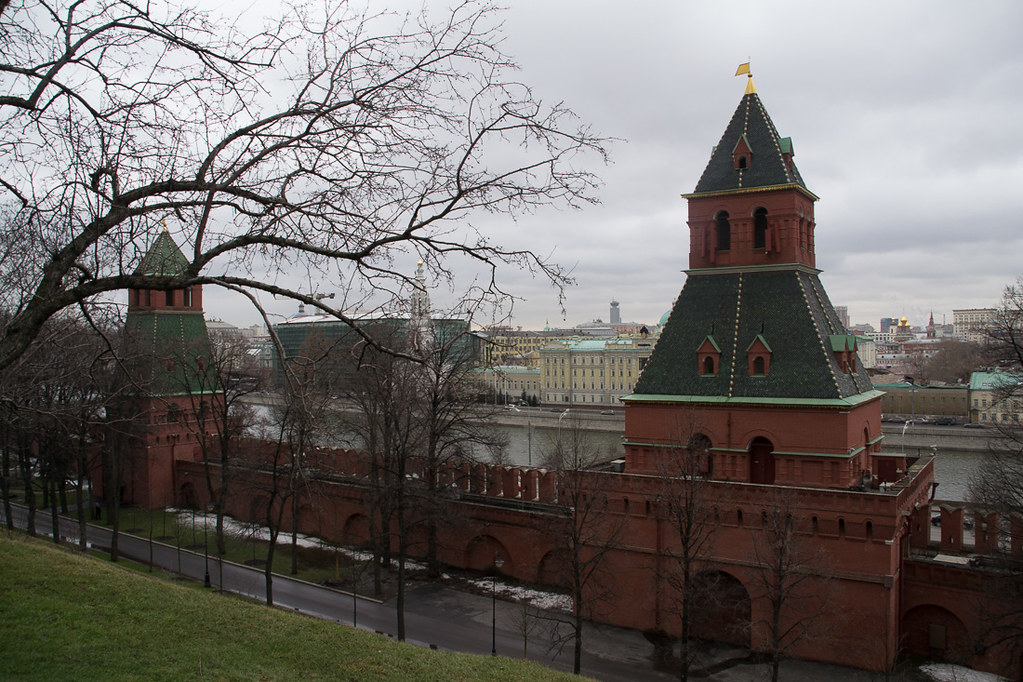 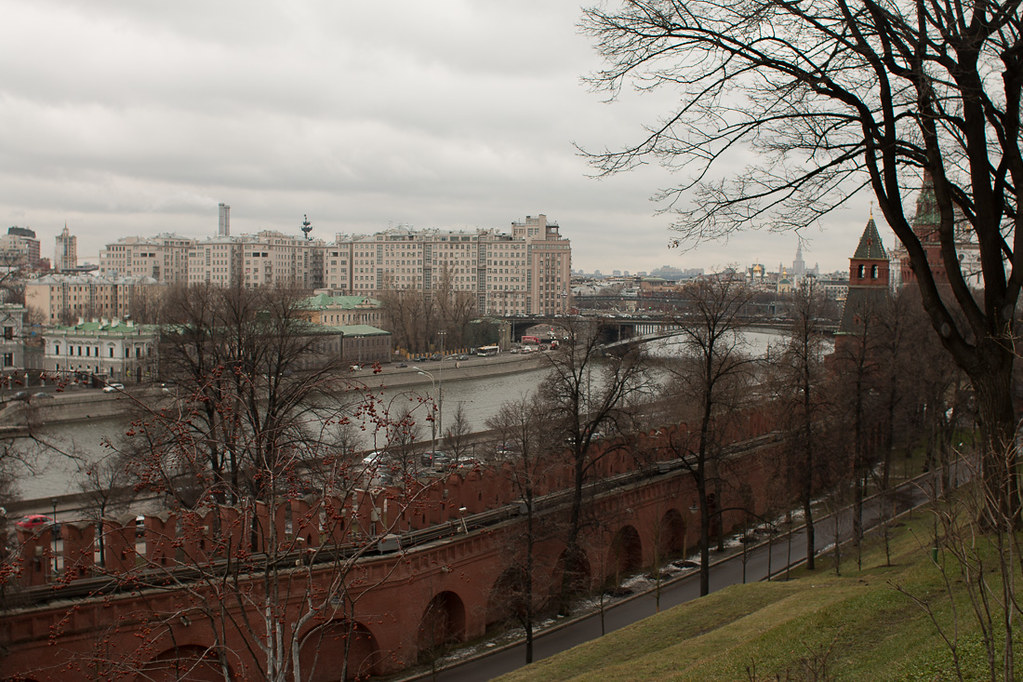 After the Armory, we continued our tour of the Kremlin grounds. We walked towards the “Cathedrals” area. On our way there, we passed several government buildings. Unfortunately I don’t know what the actual buildings are. (Again, signage was lacking and we didn’t have a guide!) 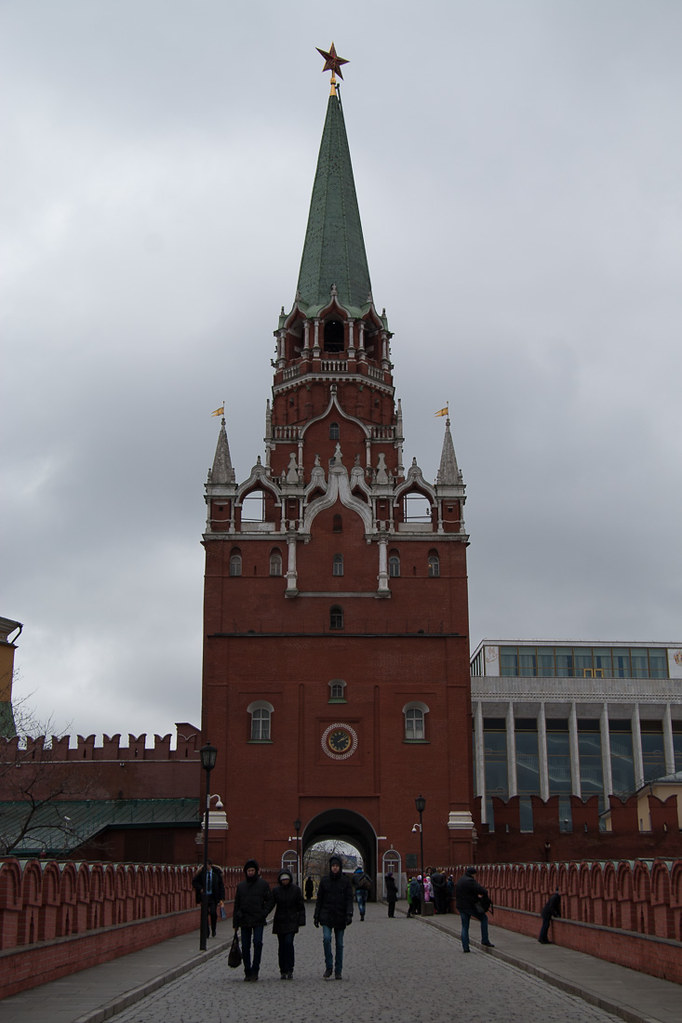 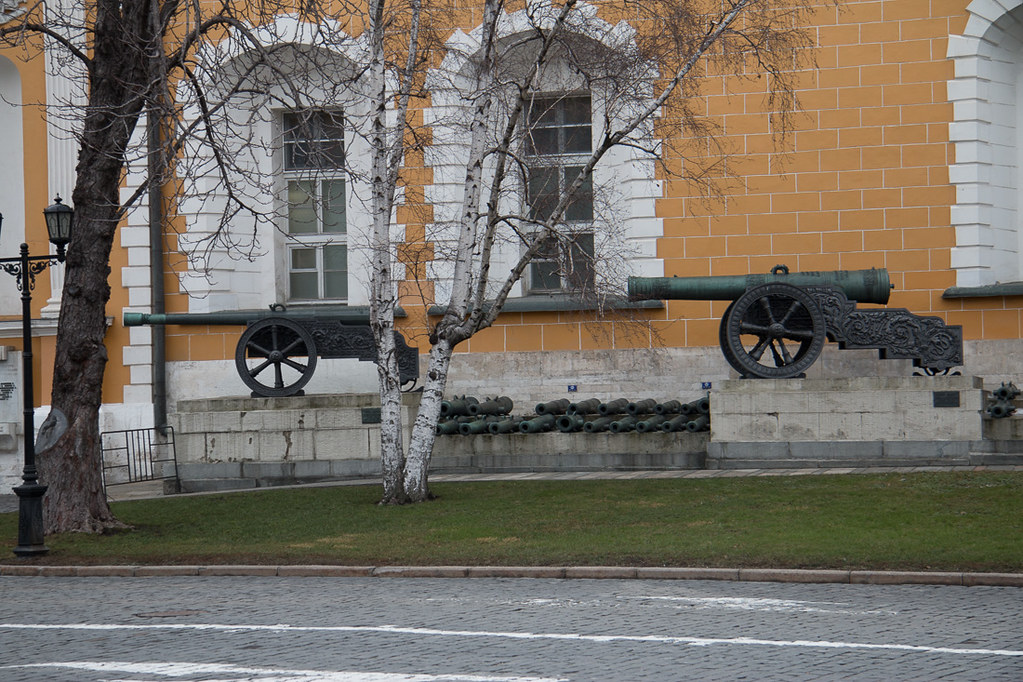 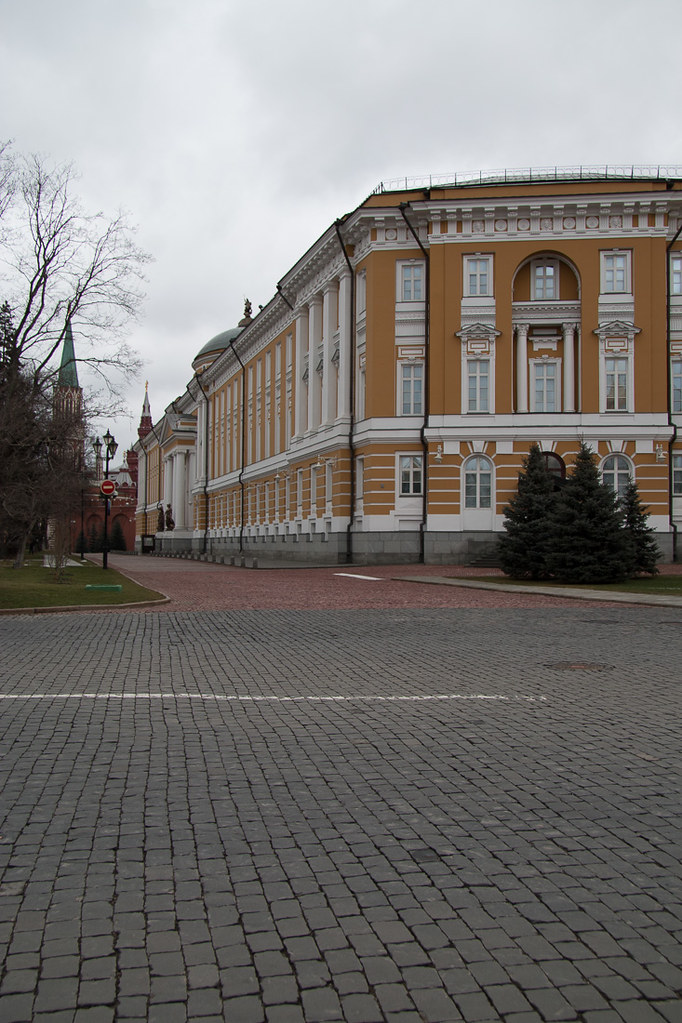 I’m not sure why, but the guard in the below photograph started to get a bit annoyed apparently, let out a whistle, and shooed us away. We promptly complied and started pointing our cameras elsewhere! 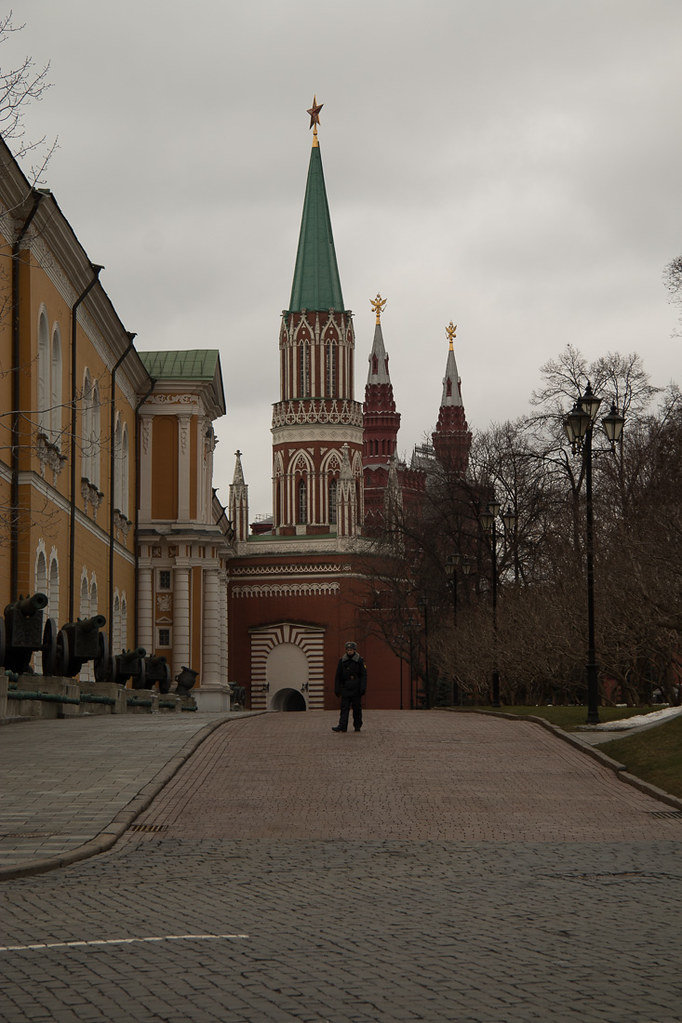 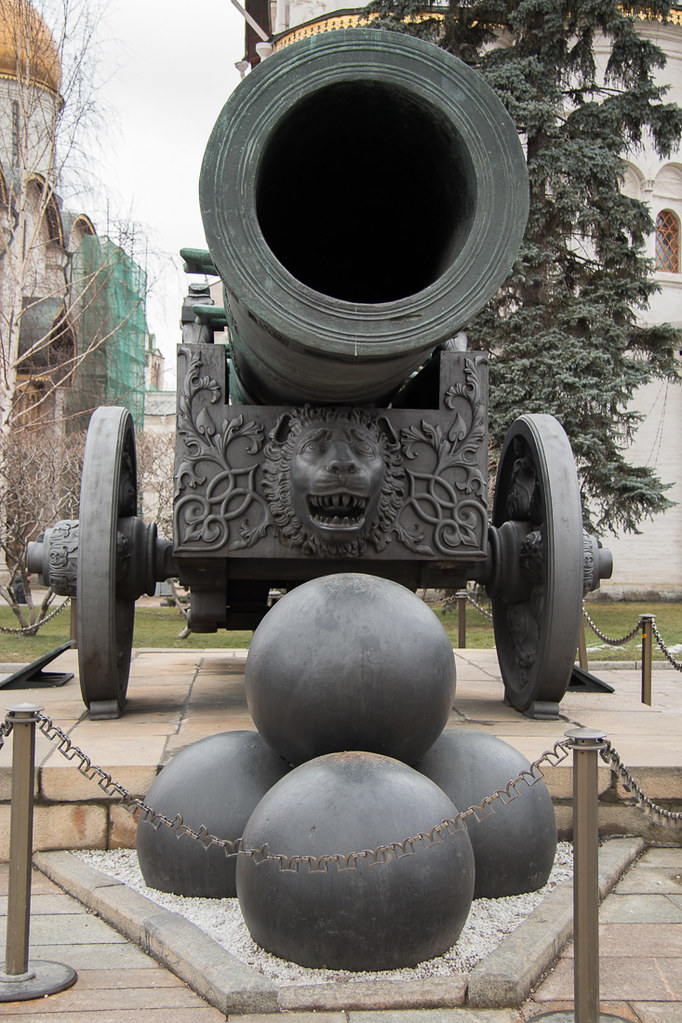 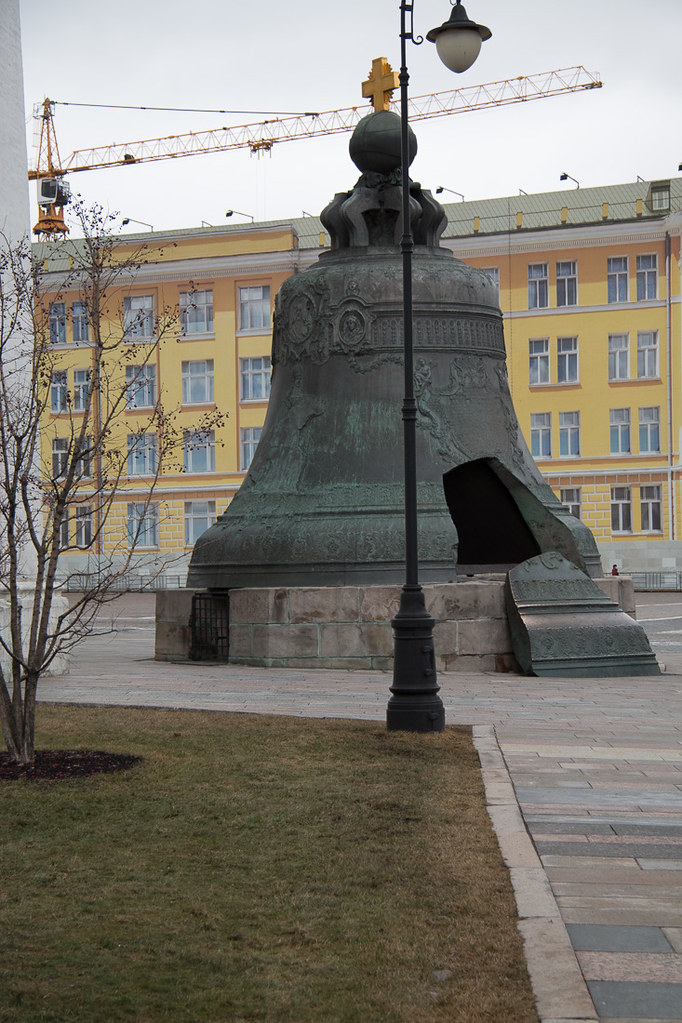 The Cathedrals Area of the Kremlin

After walking past the government buildings, we entered the “Cathedrals” area, which, as the name implies, consists of several cathedrals all grouped together. There was no photography permitted inside the cathedrals, but they were all very ornate! 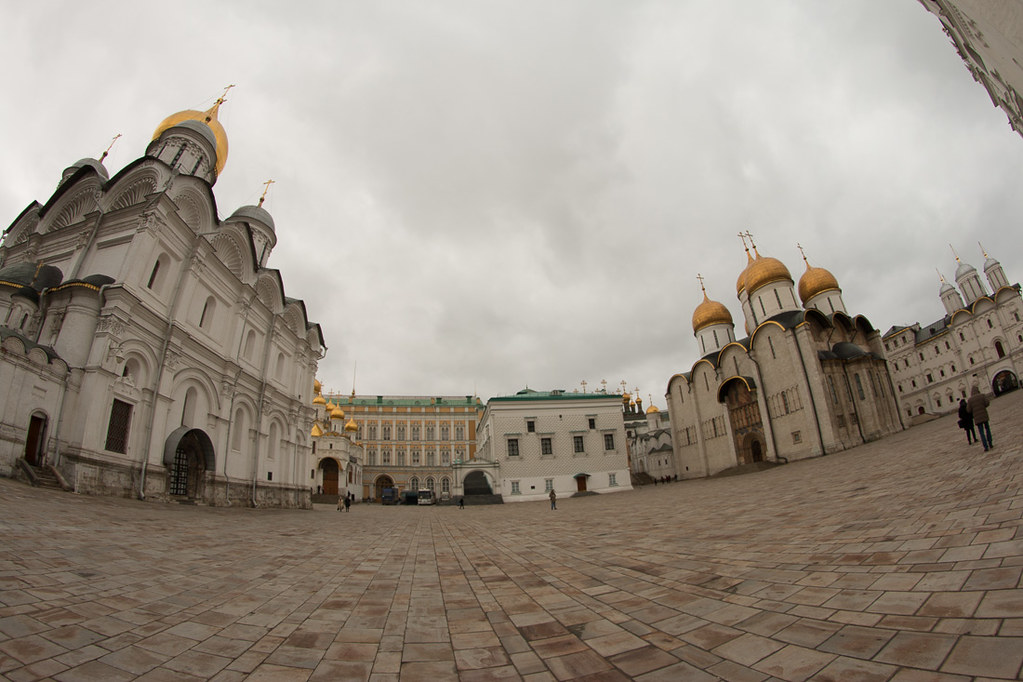 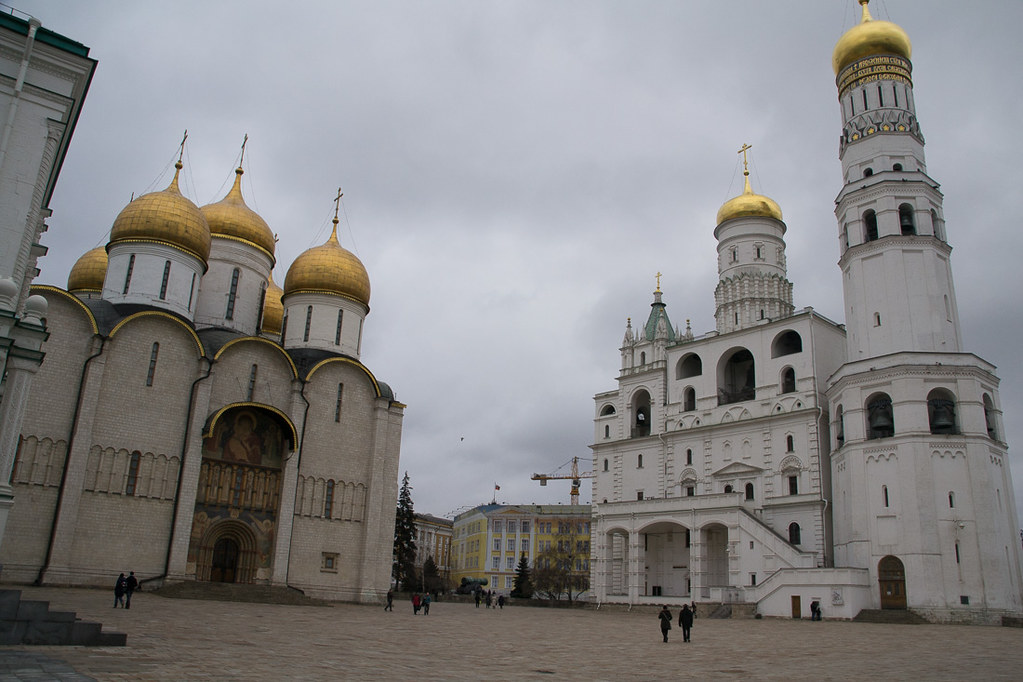 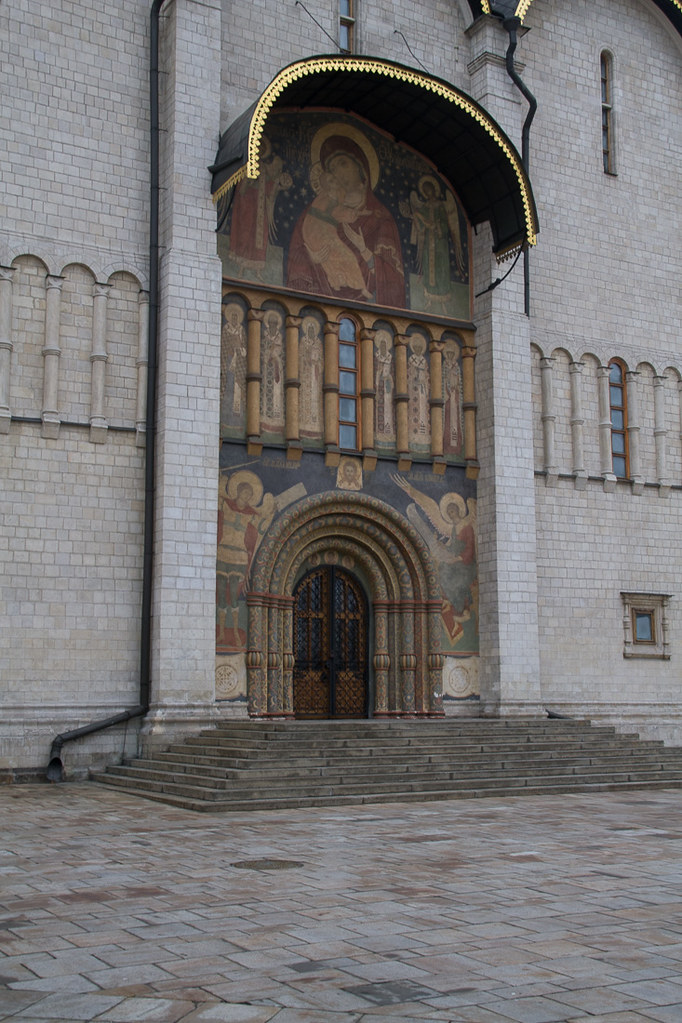 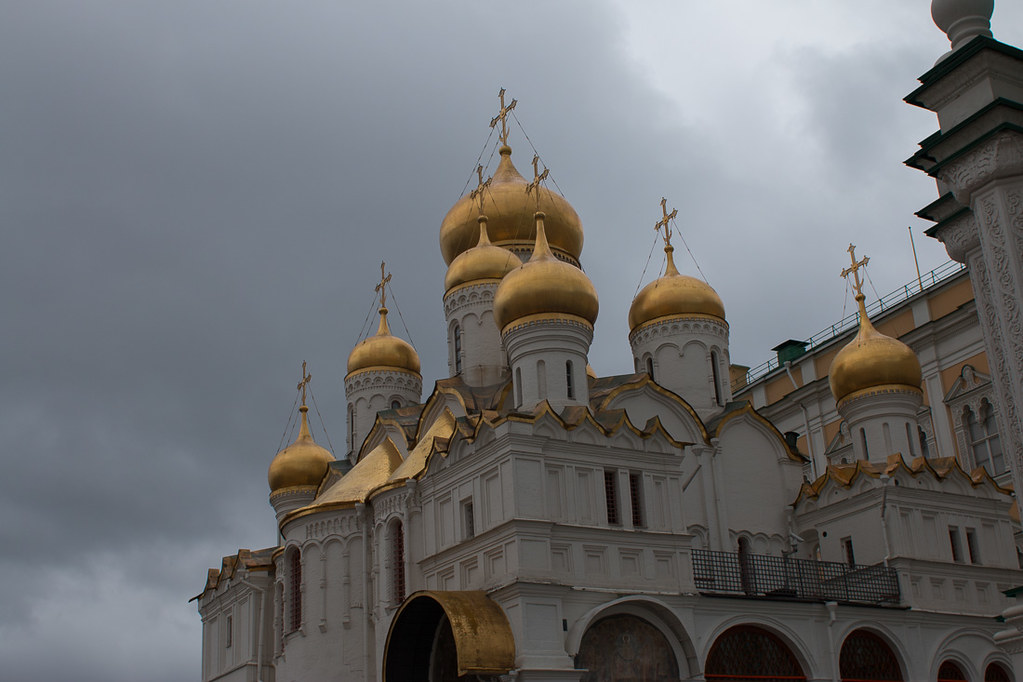 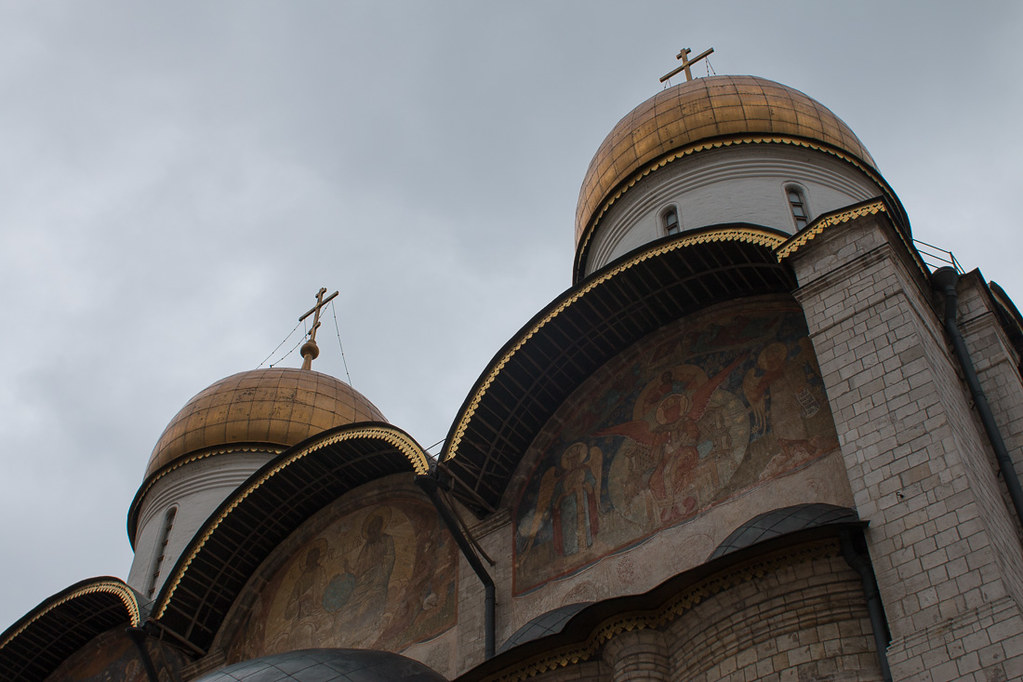 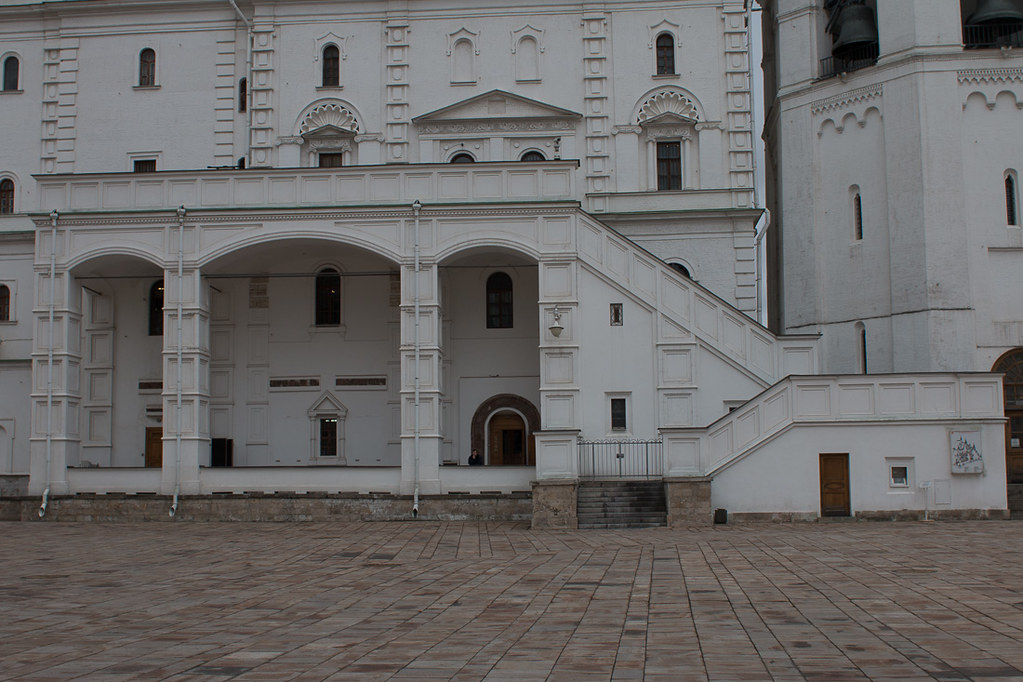 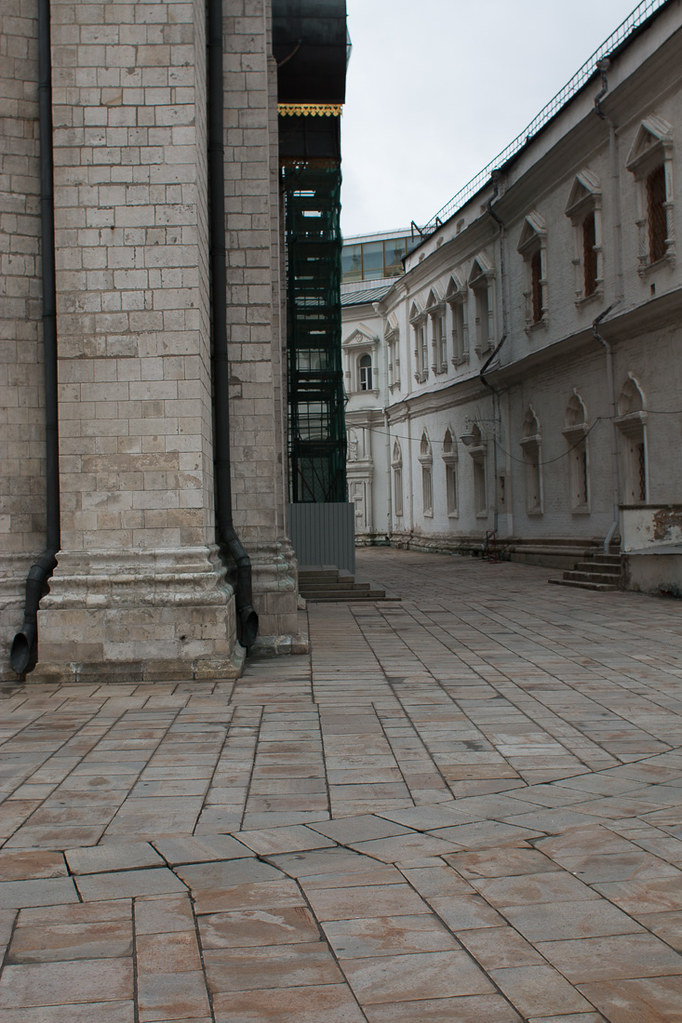 I was pleasantly surprised by how pedestrian-friendly it was in Moscow. In fact, there were several lovely streets to walk along.

Just outside of Red Square is a street called Nikolskaya Street. Our guide explained had only recently been converted to pedestrian-only. 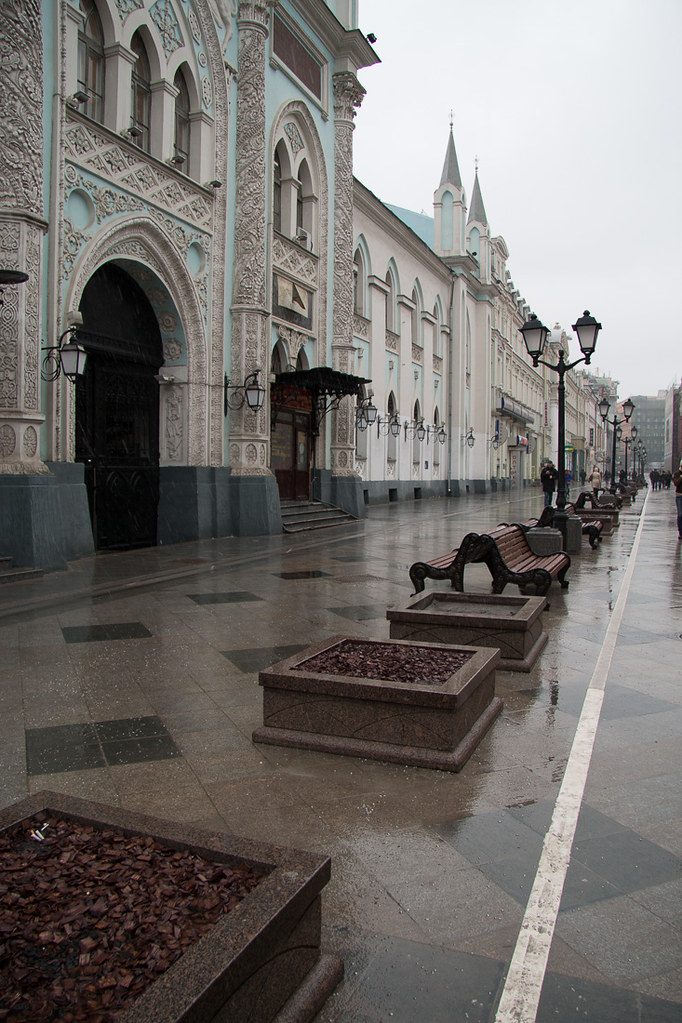 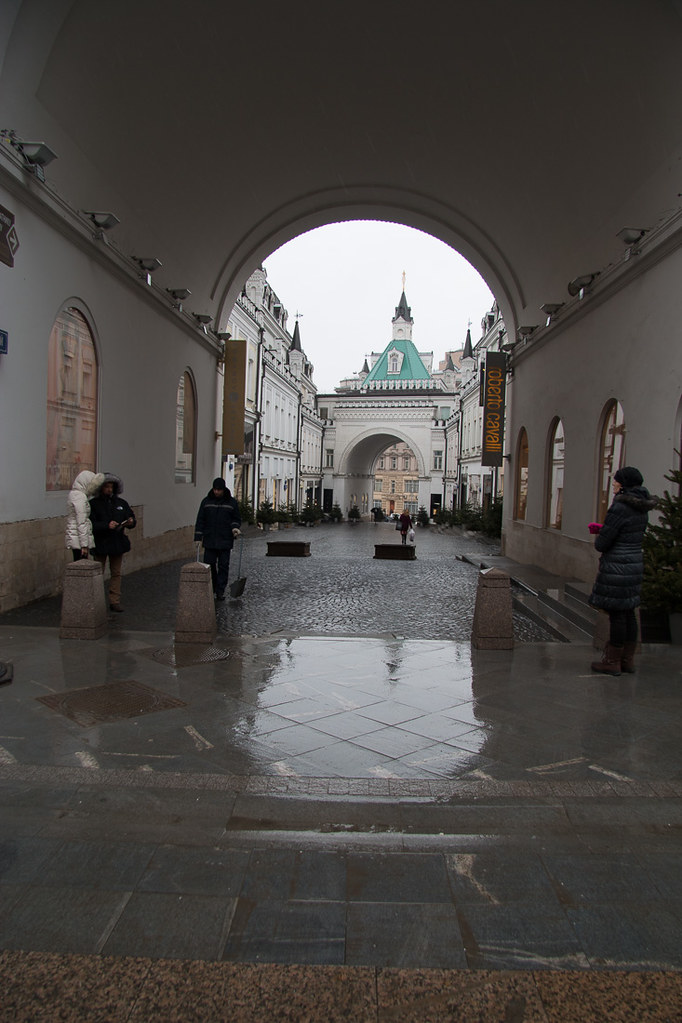 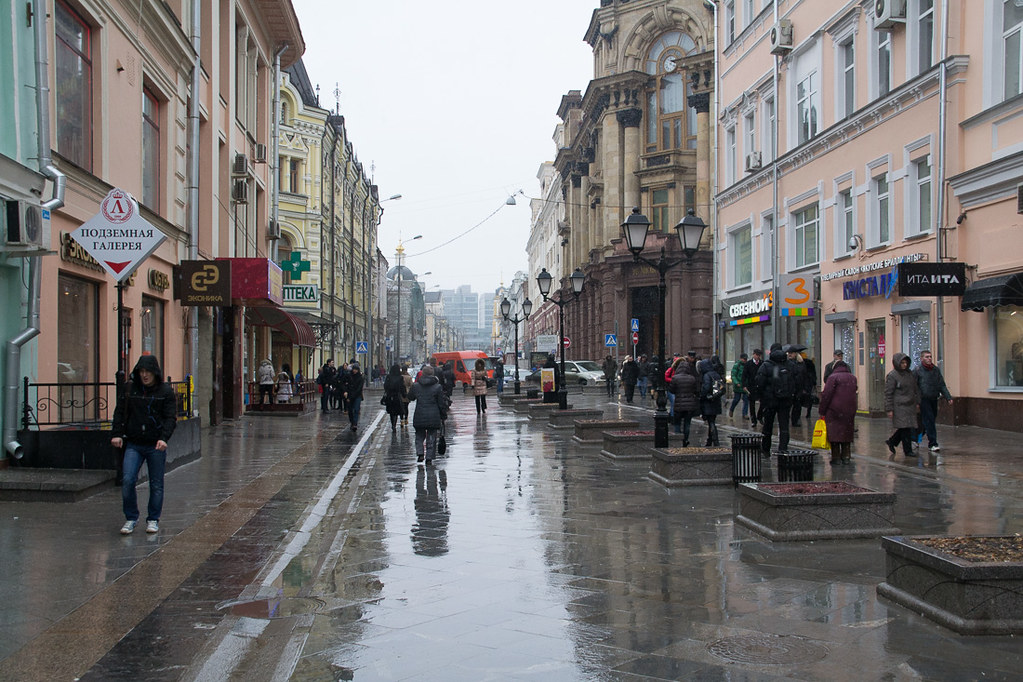 Another lovely pedestrian-friendly street that is a little further away from Red Square was called Kuznetskiy Most. There were a lot of high end shops around that street, as well as just some more basic restaurants and coffee shops. Ken and I went back to this area the next night for dinner. 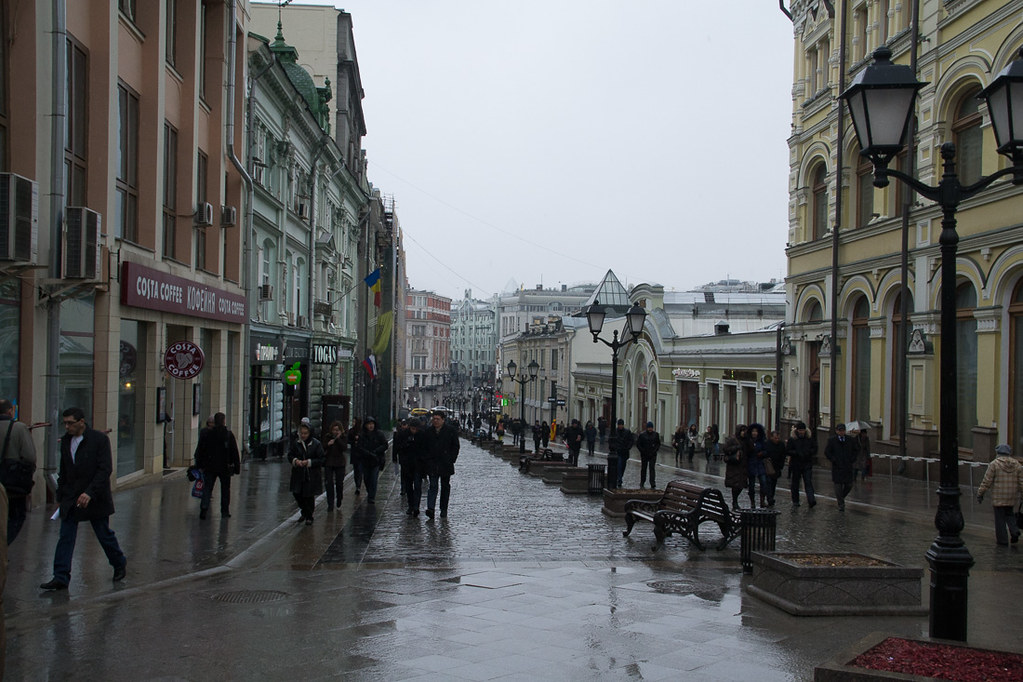 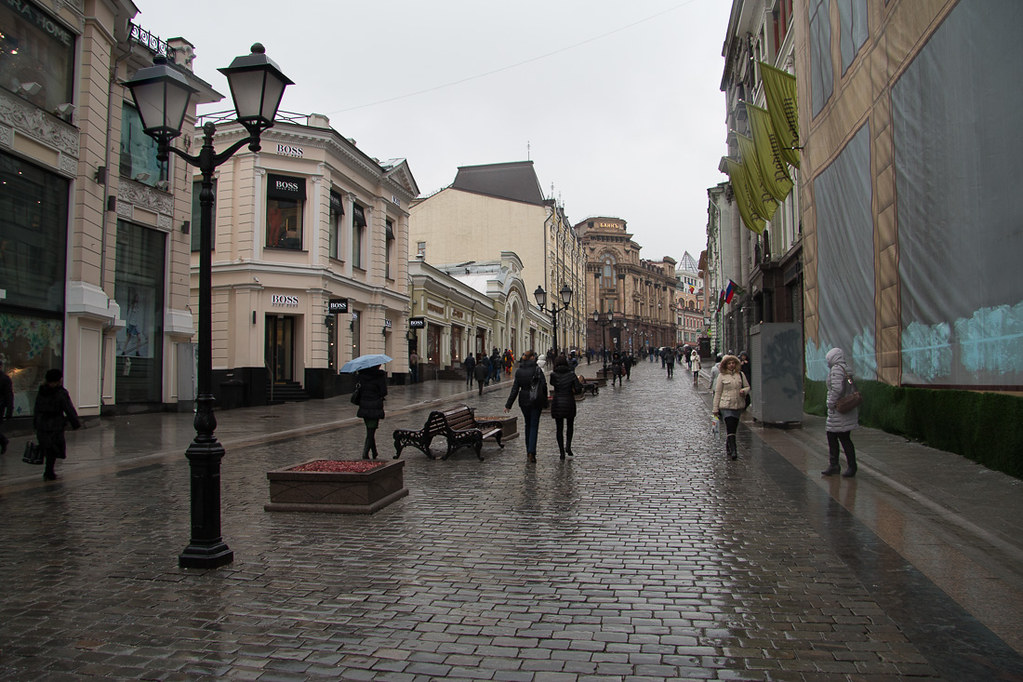 Another place we went to a few times was a kind of supermarket in Gum (Pronounced Goom – the large shopping mall in Red Square). Our tour guide introduced us to the market during our tour, giving us an overview of some traditional Russian foods, vodkas, and snacks. We went back a couple of times for snacks and desserts! Unfortunately I’m not sure what the name of this actual store was (and it’s kind of hard to tell from Googling it as well), but it takes up a large portion of Gum, so it’s hard to miss! 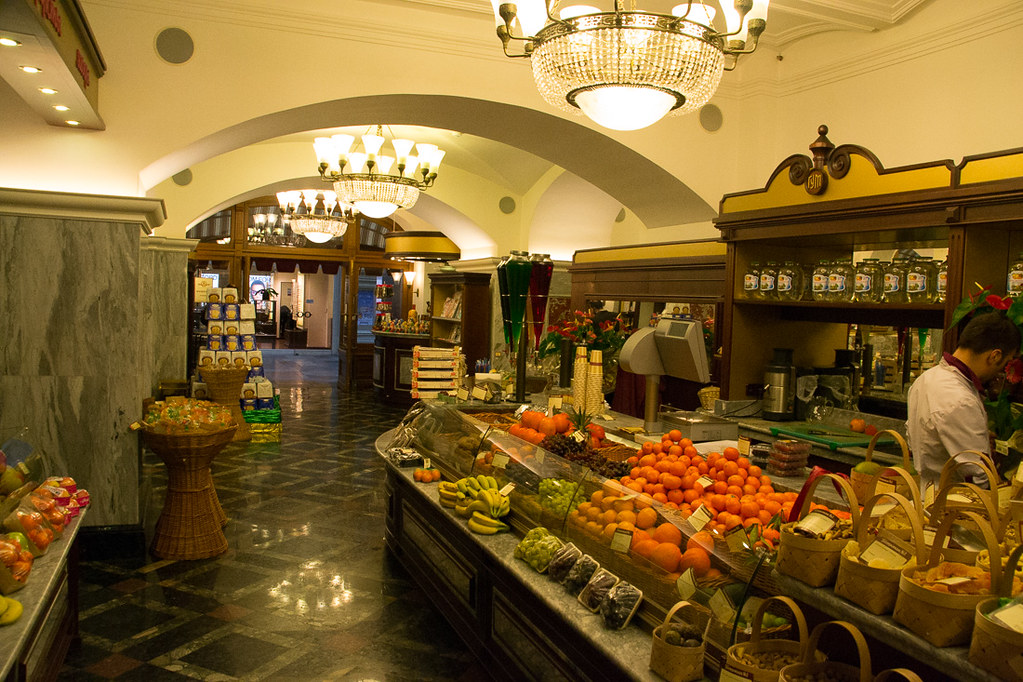 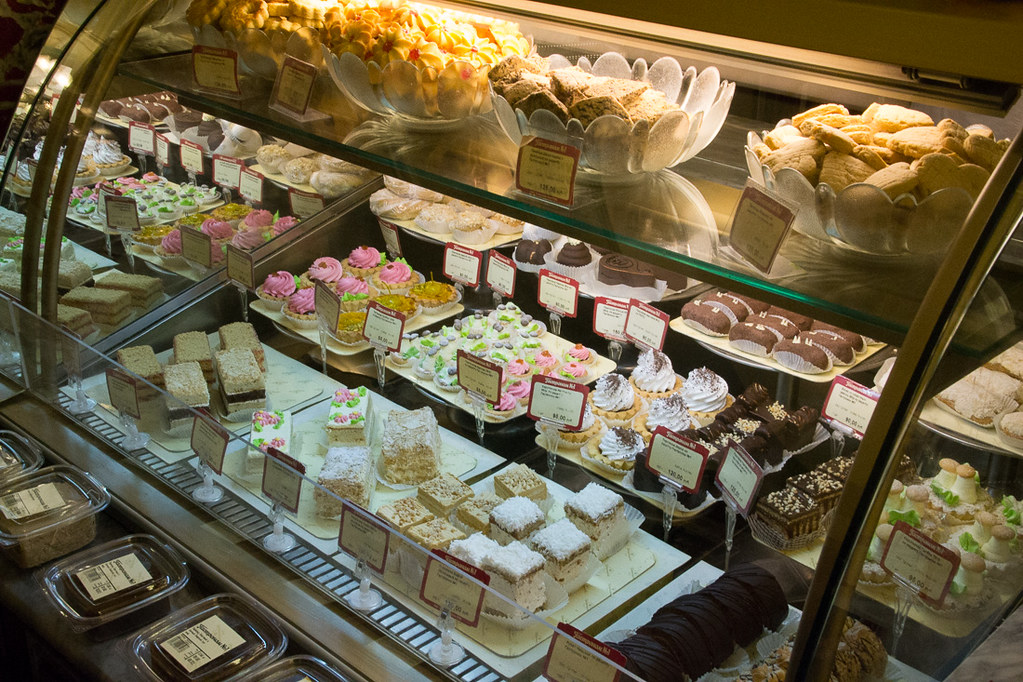 Dried fish, which is commonly eaten when drinking vodka in Russia. 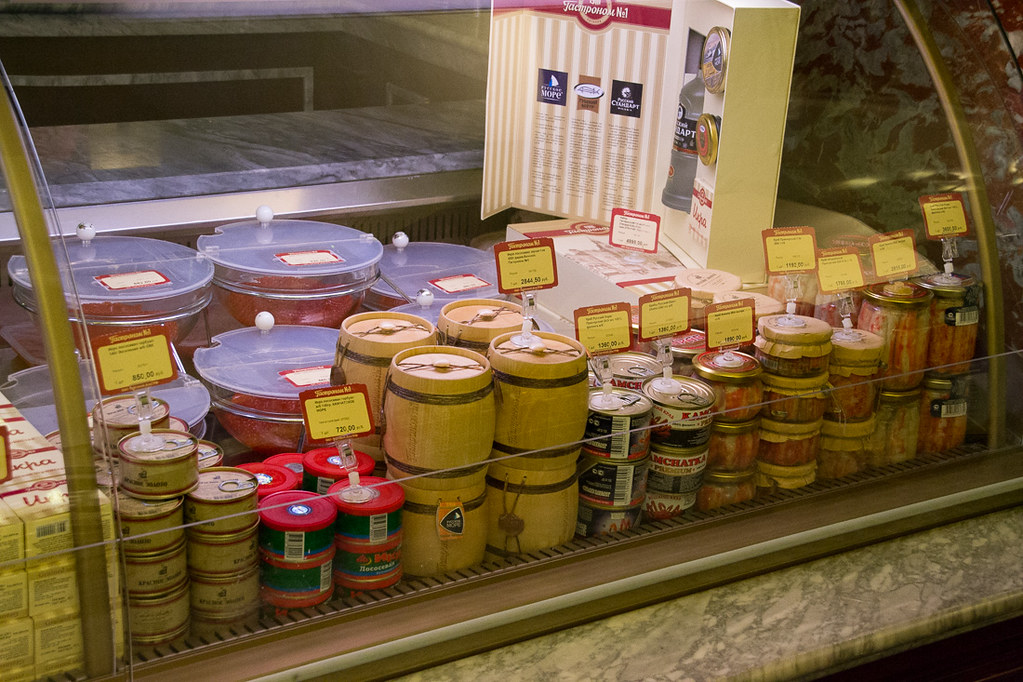 And that was it for our touring around the Red Square area in Moscow! The next post will cover sites more on the outskirts of Moscow.