Ken and I like getting to the airport early, especially in cities we’re not familiar with. We never know what traffic might be like, how long security and immigration lines are, and what the check-in process might be like. So, we left for the airport about 4 hours prior to departure, even though it was only supposed to be about a 30 minute drive to the airport.

We did actually get stuck in traffic for a while. I could tell that the taxi driver was getting nervous. He started saying something in Russian, but I couldn’t hear him. Then, in my (VERY LIMITED!) Russian, I finally heard him ask what time our flight was leaving. I was saying, “5:45” in Russian, but he looked really confused. Then I realized that I should have been saying 17:45, since they use the 24 hour clock in Russia. Whoops. So, I just quickly set an “alarm” on my phone for the time, and then showed him. He looked relieved that we weren’t running late, even with the traffic.

In English, I said with a smile, “No problem!” And, he responded, using his arm to span the traffic jam, “BEEG Proplem!” And we all laughed.

I love how even when somebody can’t speak a different language, there are certain phrases that just everybody knows. Like people who can’t speak any English still know what “No problem” and “Big Problem” mean!

Well, when we arrived at St. Petersburg’s Pulkovo Airport, we quickly learned that you’re barely allowed IN the airport more than 90 minutes prior to departure. Our taxi driver dropped us off, and we immediately had to put all our luggage through an x-ray scanner before entering the airport (something we had seen at Sochi and Moscow’s airports as well).

Then there is a pretty small “lobby” area for the airport. In the lobby, there were officials checking ID’s at podiums prior to passing through a separate set of doors, which would take you to the ticketing and check-in area. Well, we were basically “stuck” in the lobby. You could not pass through those doors until the ID-checkers said so, and it was completely unclear how long that would take.

The entire lobby area was a completely crowded zoo of people. There was a small restaurant / coffee shop place, and Ken and I managed to find a table. And we just sat there, drinking beverages until it got closer to departure time.

Once we were finally allowed into the ticketing area, we checked our luggage and received our boarding passes for our Air Berlin flight from St. Petersburg to Berlin’s Tegel Airport. Then we transited immigration, and we were finally on our way to find the Business Class lounge. (Security was not conducted until immediately prior to boarding, in the gate area).

I had low expectations for the Business Class lounge. I had read that it was pretty much a joke. Well, it was still better than a lot of U.S. domestic airline lounges (I’m looking at you US Airways lounge at DCA!) 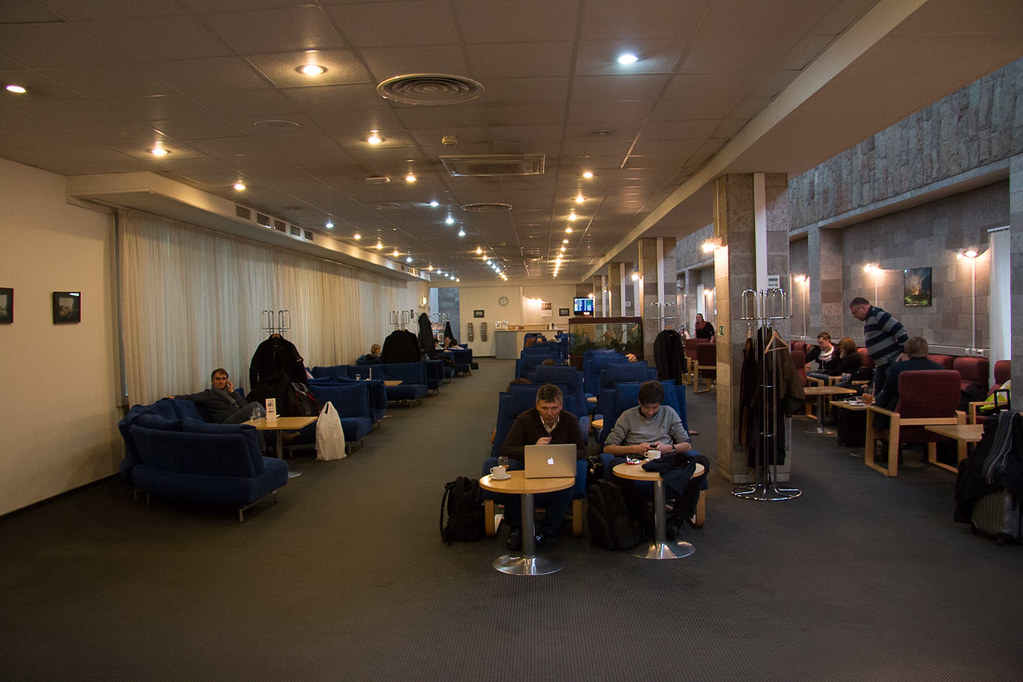 The lounge was one big room, with chairs that very closely resembled (and might have actually been) Ikea Poang chairs. 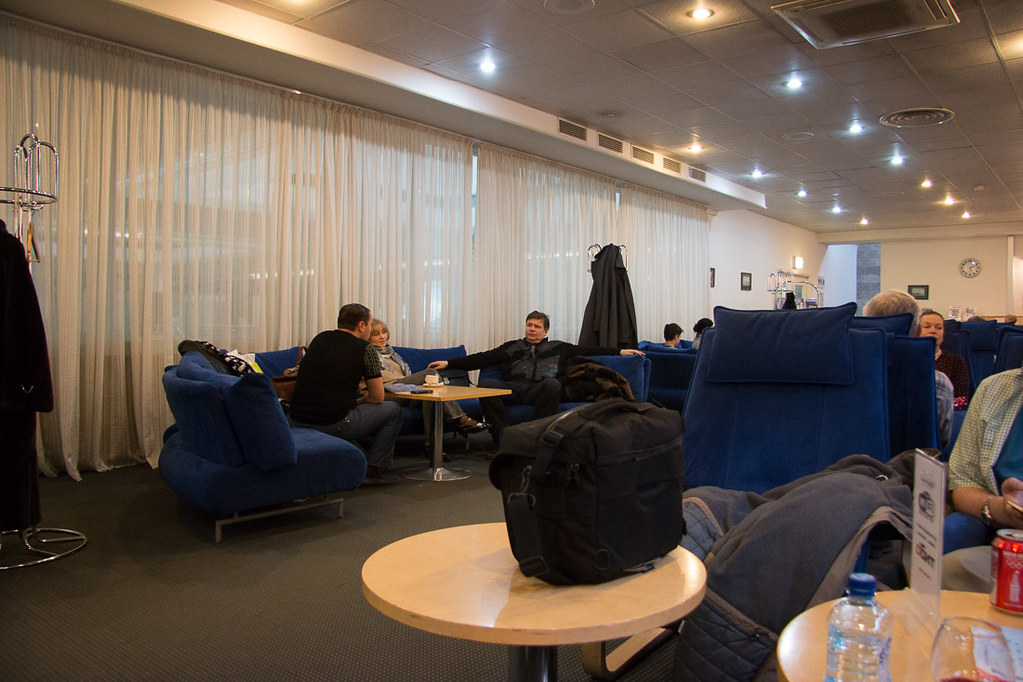 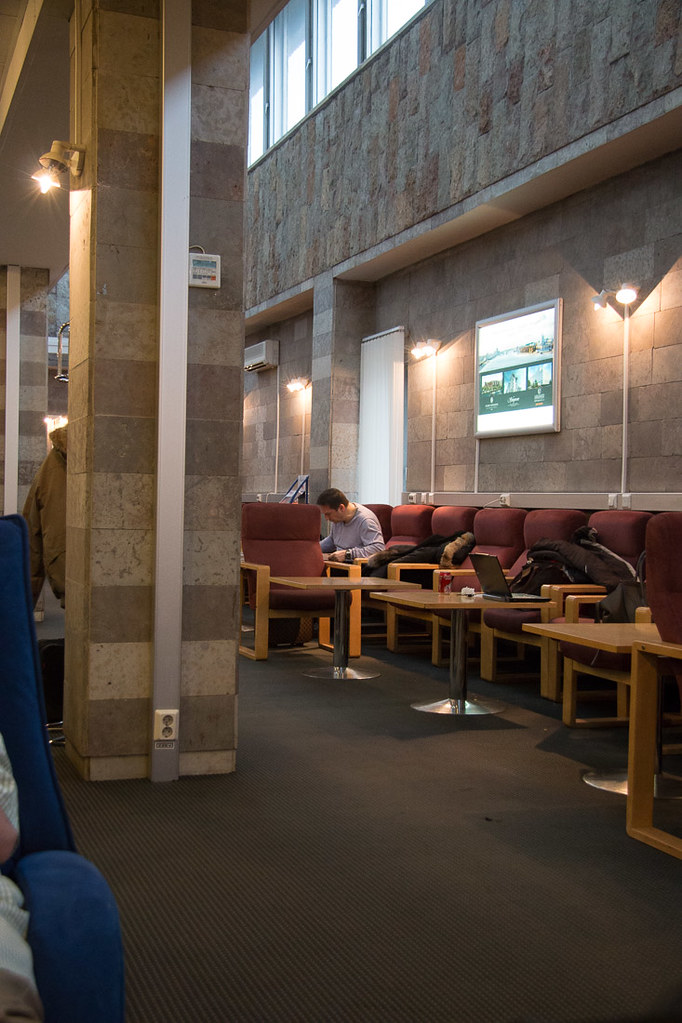 There was a food and beverage area that was self-serve, complete with coffee, bottles of beer and wine, chips and other snacks, and bottles of water. #StillBetterThanMostUSAirwaysLounges 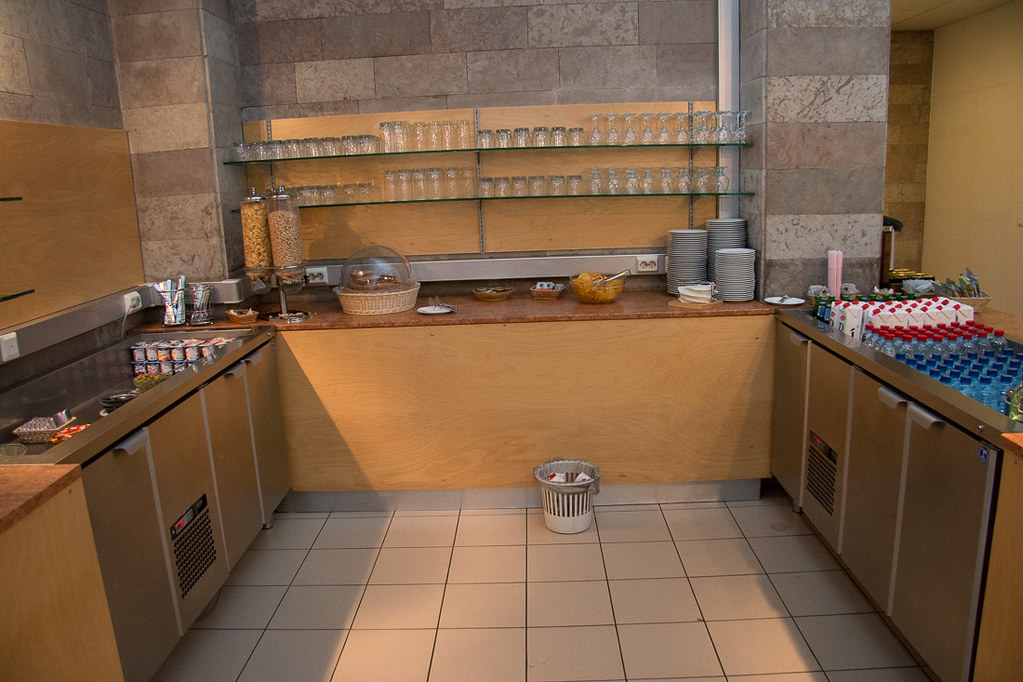 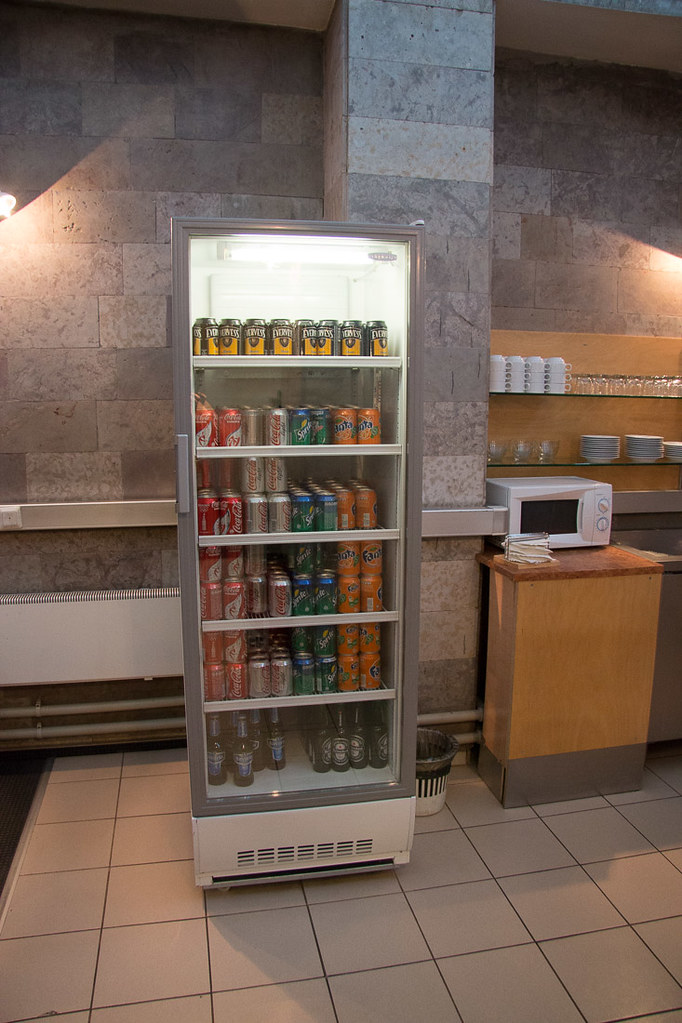 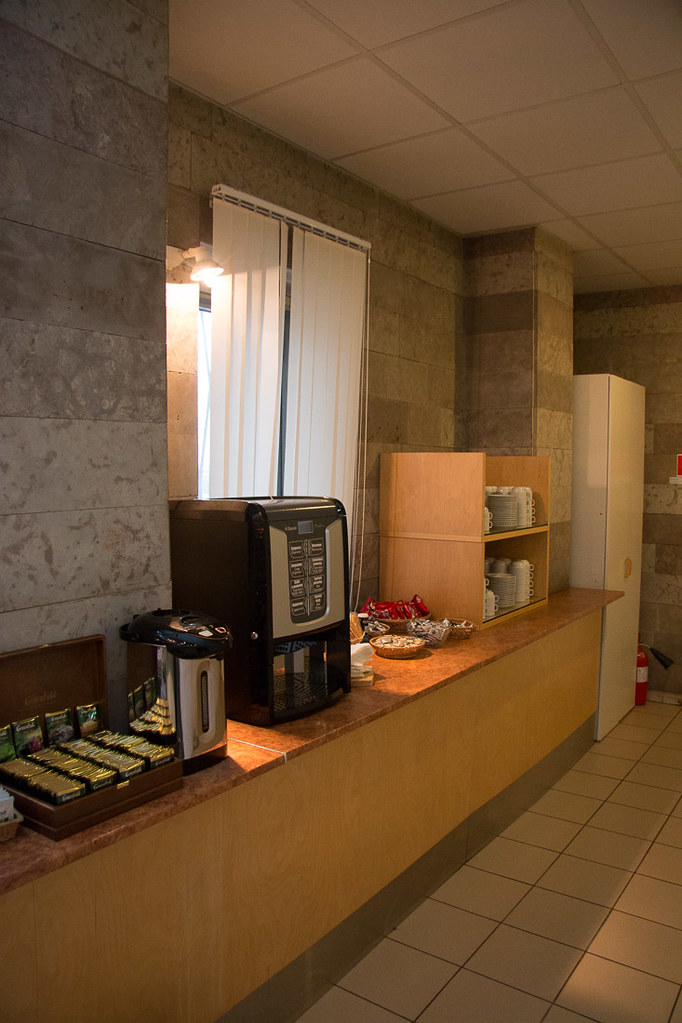 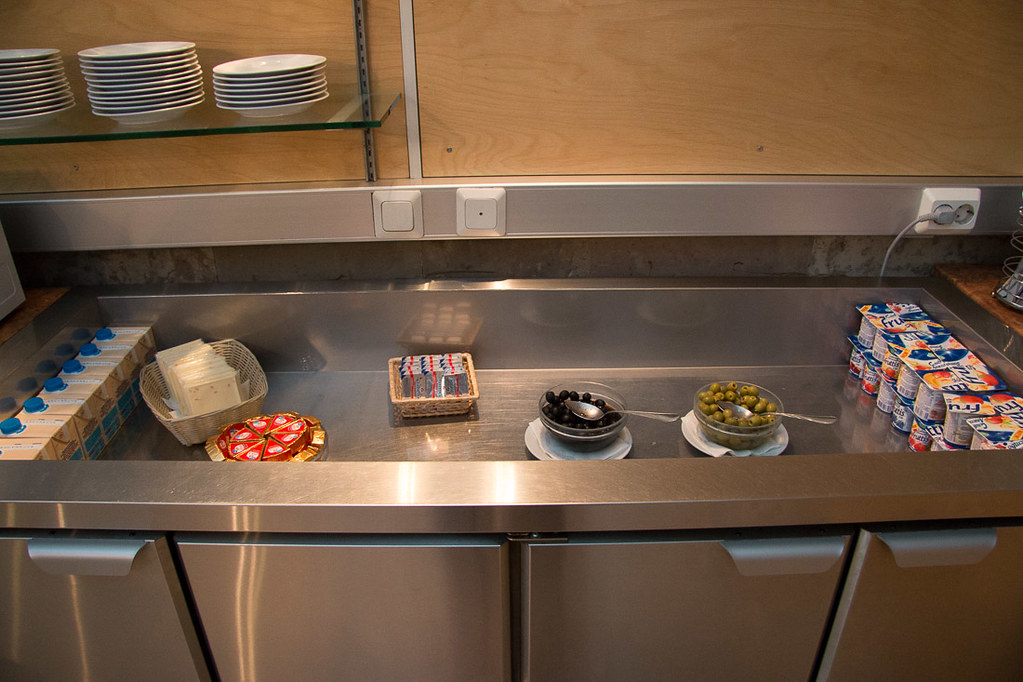 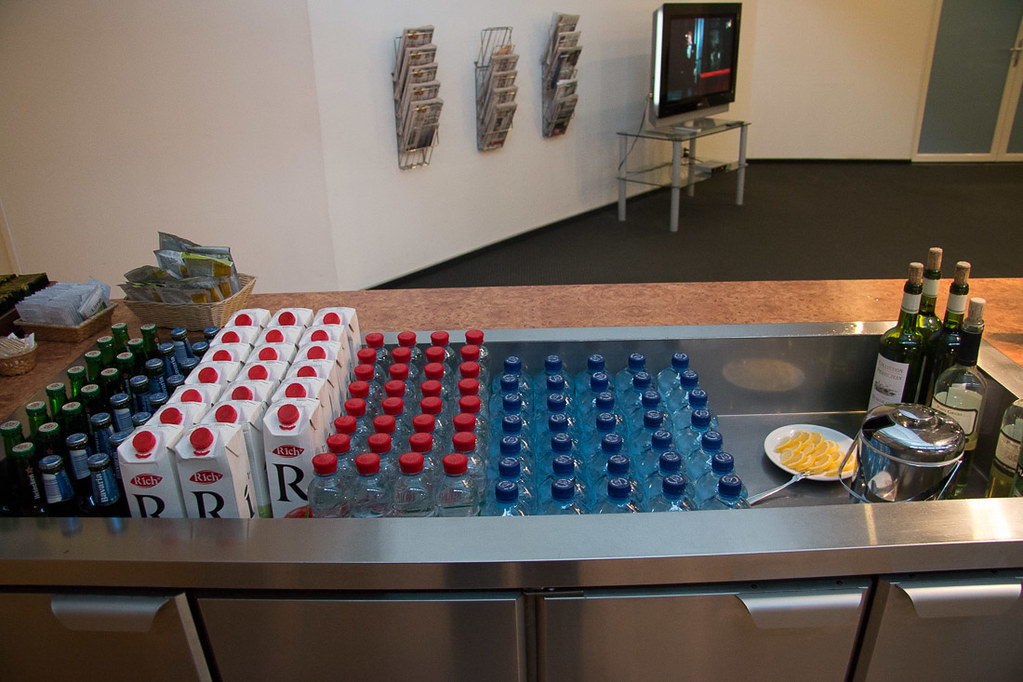 There was even an aquarium and a flat panel TV. Okay, I know that is not saying much, but considering how much of a zoo the airport was, and how limited seating was in the actual gate areas, Ken and I appreciated having a quiet place to sit before our flight started boarding. And of course, as a nervous flyer, I appreciated the free booze at my disposal. 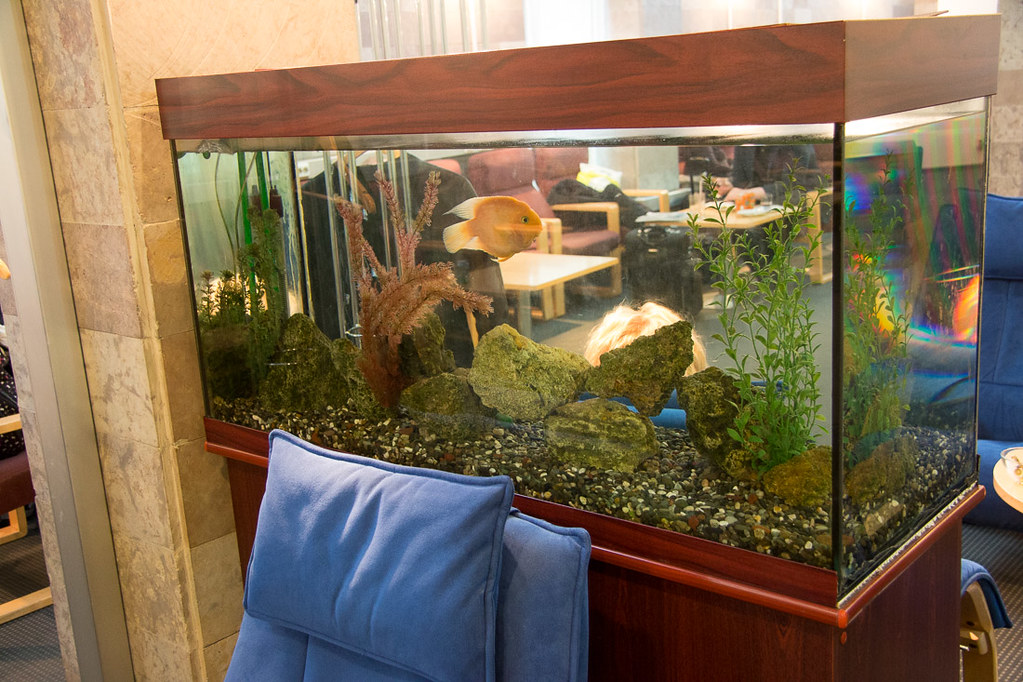 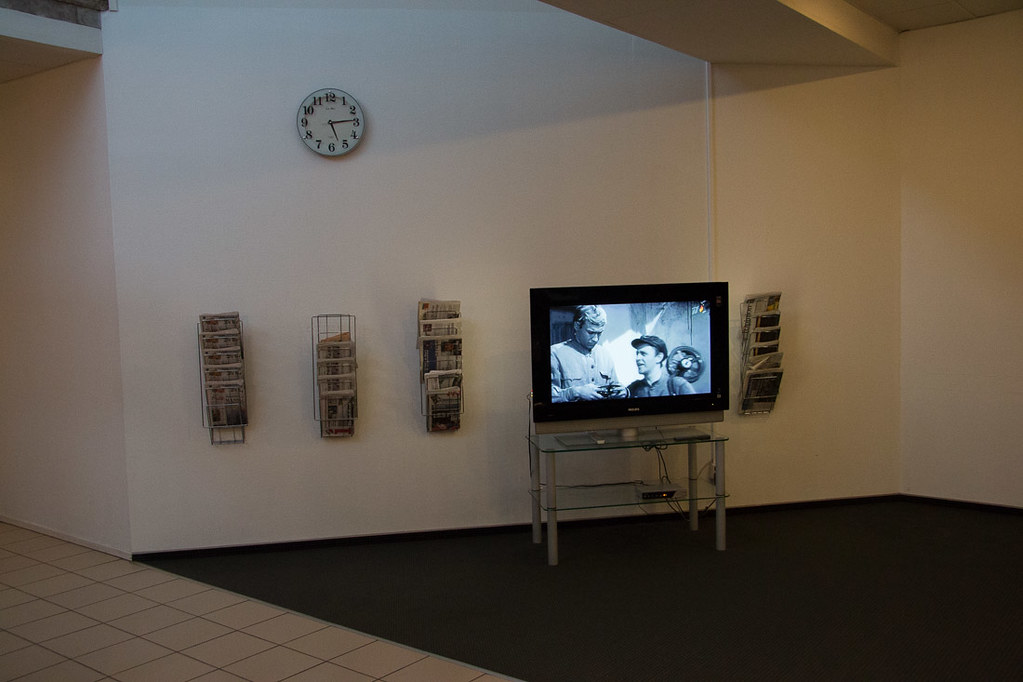 Ken and I booked business class tickets for the entire journey (St. Petersburg > Berlin > Miami > Washington, DC), but I knew that this leg would be economy class because it was a single-class aircraft. It wasn’t the end of the world, considering the flight was only 2 hours and 15 minutes.

At some point before our trip, I could’ve swore that I read online that Air Berlin just keeps an empty seat next to passengers who are booked on Business Class but riding on a single-class aircraft. Of course, as the trip approached, I could not find where I had read that, so I wasn’t sure if it would actually be the case.

When Ken and I checked in, we were booked for seats 1D and 1F, meaning that there would be an empty seat in between us. But, I really can’t be sure if we were given those seats because we were Business Class passengers. Why? That flight was literally the emptiest commercial flight I had been on in a LONG time. I’d estimate there were maybe 25–35 people on that A319 aircraft. So the fact that we had an empty seat between us wasn’t really saying much! 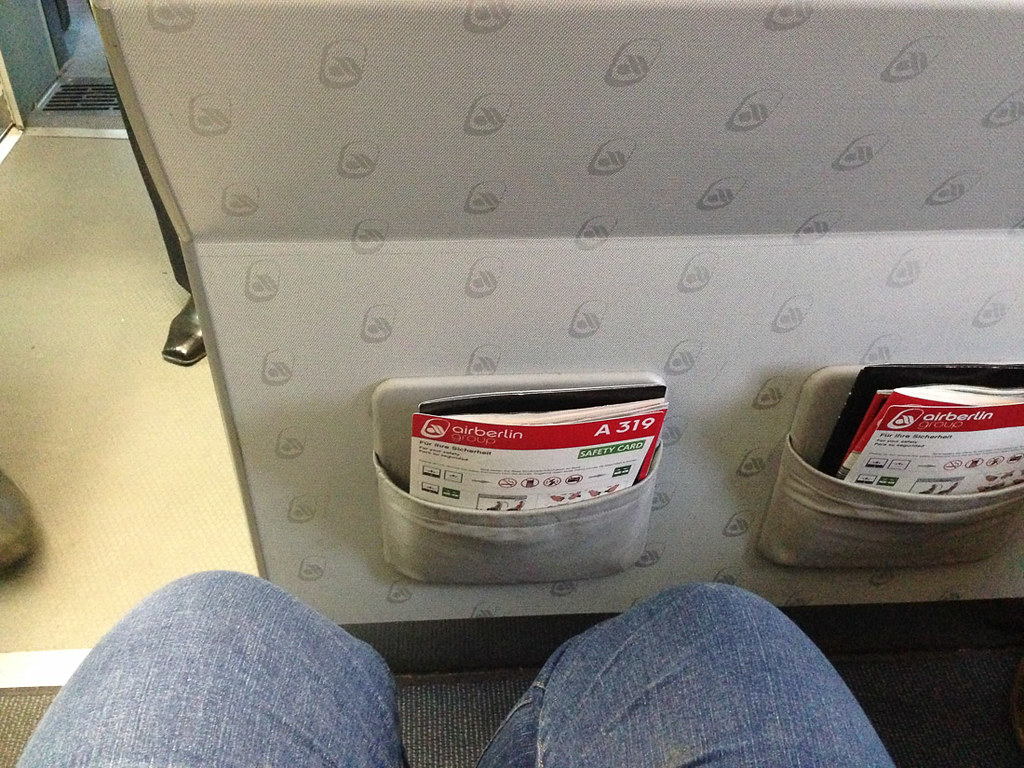 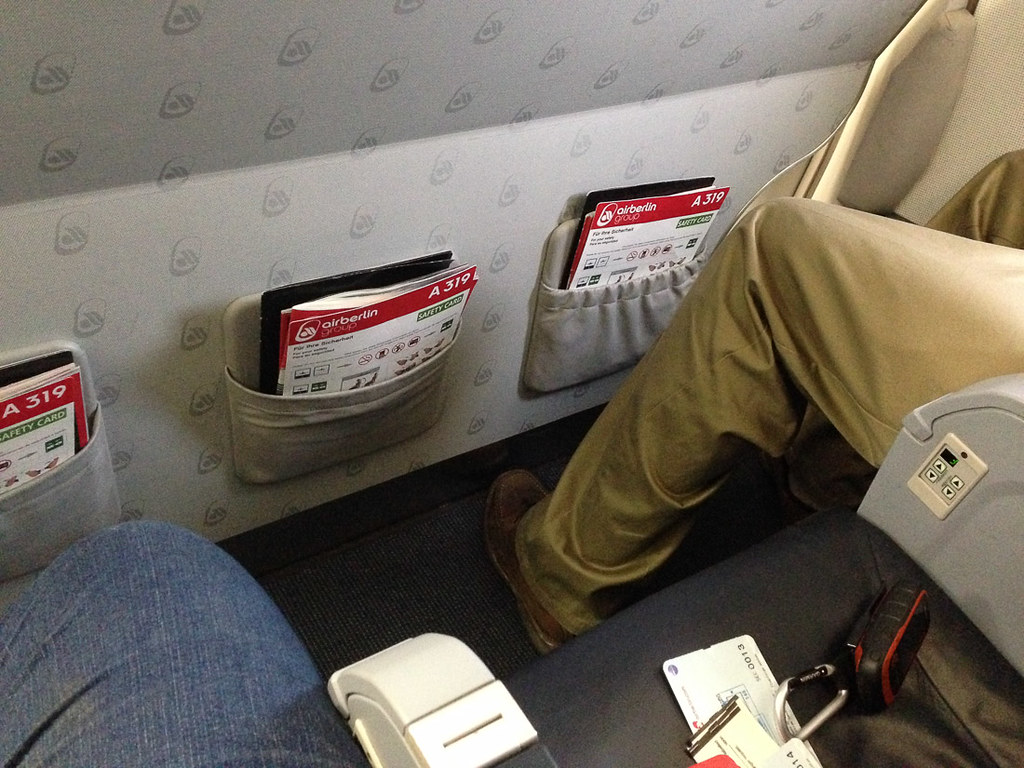 We were provided with a sandwich and chocolate. The sandwich was actually quite good! 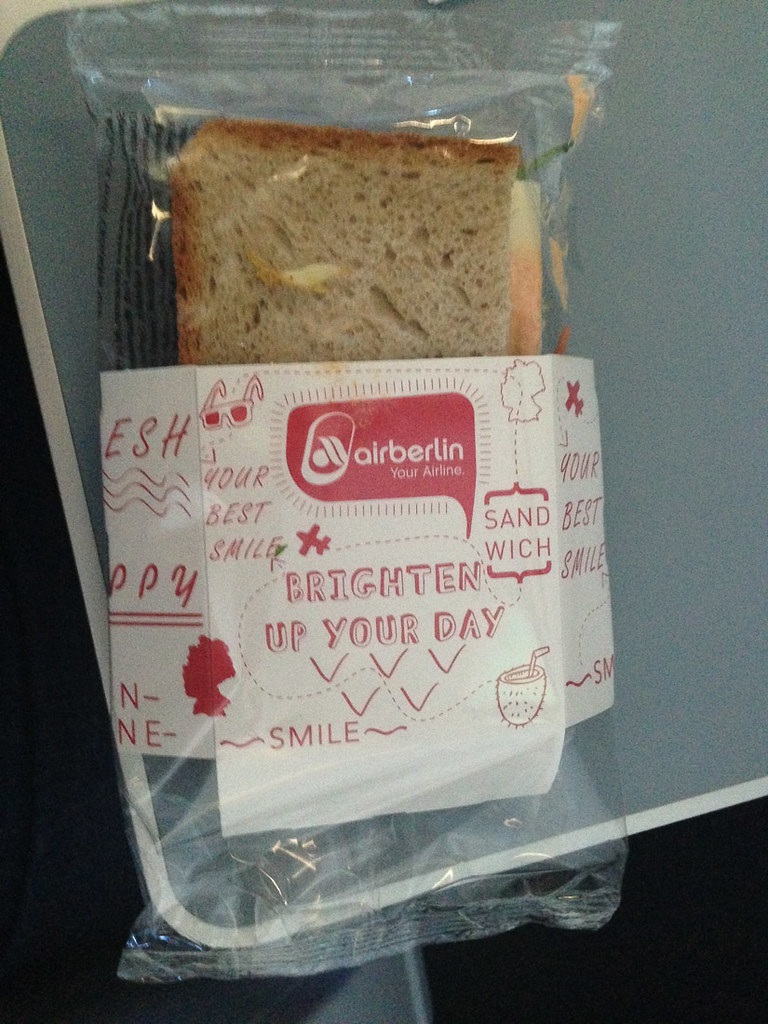 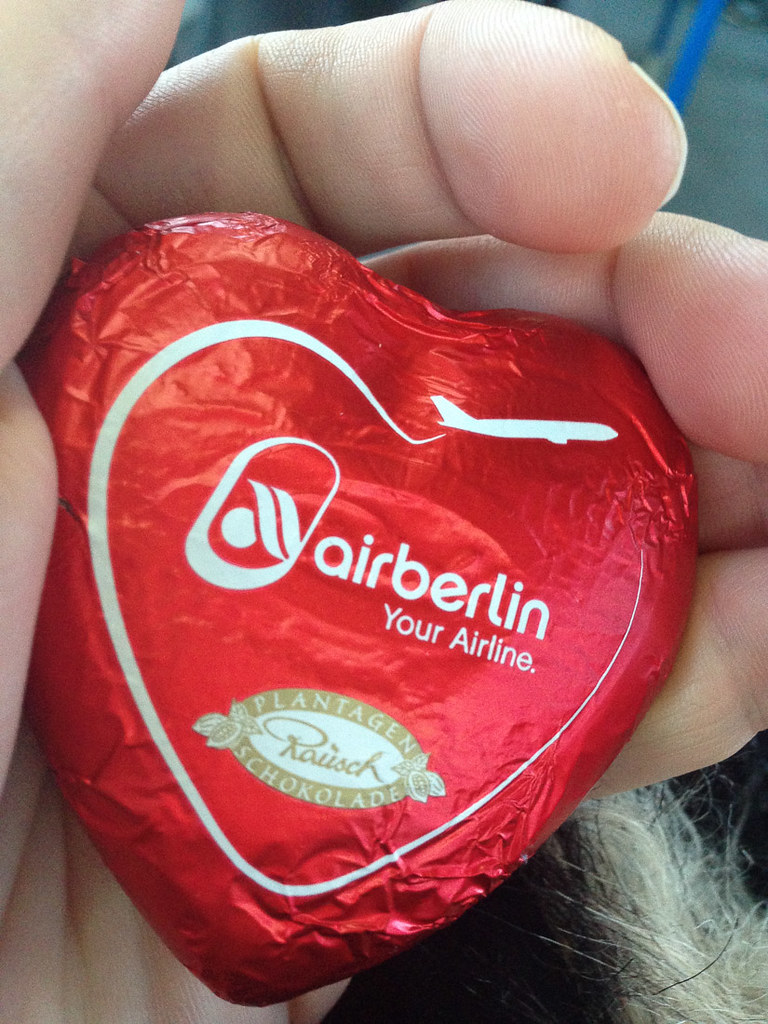 The flight was uneventful, and we landed at Berlin Tegel, transited immigration and customs, and made our way to the Holiday Inn Express Tegel Airport. We ate a late dinner at the hotel and went to bed (no review of the Holiday Inn, it was a basic hotel, but a convenient location for overnight connections), and woke up early for our flight the next morning to Miami. We were ready to get home!

Toronto – Ontario Road Trip 2009 (Blast from the Past)

Other Things to do at Disney World (That...